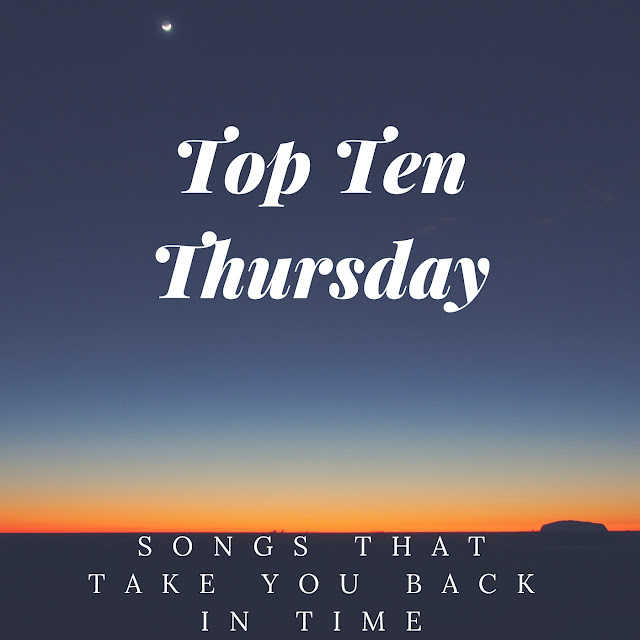 Today we're posting the top ten songs that no matter how much time has gone by, they will always take us back to a very specific moment, place or person.

I got inspired to do this when my brother sent me the link to a song and asked "didn't you use to listen to this?" I said I did indeed, and I couldn't believe


This is why it's my # song for today's post, but let's start at the beginning:

ABBA, Chiquitita one of my earliest musical memories. My parents had recorded the Swiss top ten charts for me. On cassette tape, if you know what i mean. I listened to it day and night, I was just about Colin's age. My brother and I were working on a 1,000 piece puzzle of the Matterhorn while ABBA was playing.

Bon Jovi, Living on a Prayer reminds me of my first year of college. One of my classmates (whom I met again over 20 years later at playgroup!) was the hugest fan. It was a time of distancing myself from my parents, so this music made me feel rebellious :-)

Jean-Jacques Goldman, puisque tu pars It looks like he intended to write a song about goodbyes that isn't necessarily sad. #fail! I think it's plenty sad. Why else would it make me cry? Nothing special happened during the time I listened to it. I graduated from college, and a group of girlfriends spent some time skiing in the French speaking alps. Hence the French song ;-) By the way it's super hard to listen to French music and write in English at the same time.

Queen, Bohemian Rhapsody When I passed my driver's test my Mom let me borrow her car, and I was on the road all on my own for the very first time. I brought an appropriate soundtrack!

The Jets, You got it all During my very first stay in San Diego in 1997, they played it on my favorite radio station KYXY, respectively it was requested a lot during Delilah's dedication program that was aired from 7pm till midnight, during which time I usually drove home from whatever I had been up to. Fun fact: I drove a car that I rented from Dirt Cheap, yes, that's the name of the company. The cars were old and literally run-down, with milage far beyond 200k, but still running. Barely though. As I found out, for some reason, always at night my radio reception went bad. Much later when I told someone about it, they explained that it had to do with the power that was needed for the lights to work. So it was either lights or music, but not both ;-)))

Sash! Just around the hill After growing up and living at the same village for over 27 years, I moved to a new canton (state in Switzerland) for work and love or the other way round. I had a nice apartment with a million dollar view over Lake Zug, and  often when I couldn't sleep I would stand at the window and stare at the lake while this song was playing.

MLTR (Michael learns to rock), Angel Eyes My boyfriend had dumped me, I started a new job that I didn't like, and I was on the verge of making the bravest move of my life to actually move to the U.S. This song was a loyal companion on my last commutes to work when I already knew I was leaving soon.

Atlantic Star, Always Even though this song apparently was released in 1987, I didn't get to know it till 2001 when I lived in San Diego, CA. again listening to KYXY, see above, this time I was usually driving home from class at UCSD. Some more songs of the same era: Lone Star, Amazed, Lee Ann Womack, I hope you dance, Faith Hill, there you'll be


Lee Greenwood, God bless America I was in San Diego on 9/11, and if one song was played over and over for the next few days it was this one. Even though I am not American, it made me feel patriotic.

Coldplay, Clocks I got to know this song because it was on the "Hear Music" CD that was part of my welcome basket at a Seattle hotel when I arrived for my Starbucks immersion 2004. It soon became my go-to song to destress as I got back to Switzerland and worked my butt off to make the Starbucks experience happening back home where things weren't looking good after dissolving an unsuccessful joint venture. 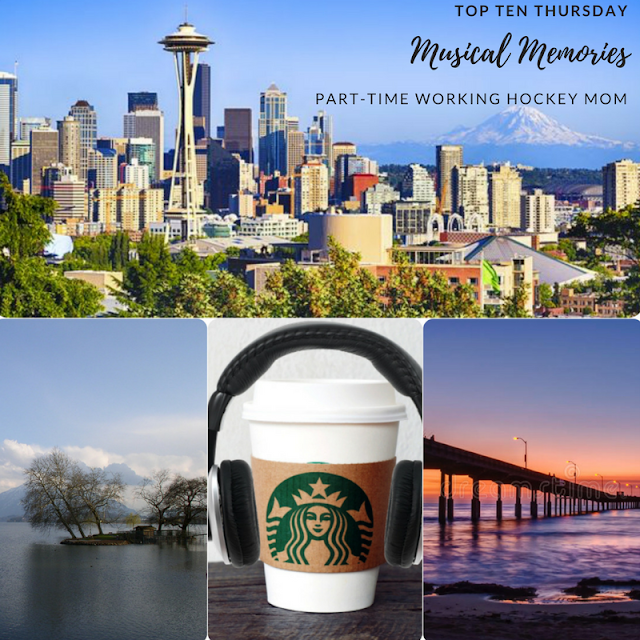 They say that emotion, good or bad, enhance memories, and looking at this musical collection I have to agree.

Also I realize many of my best musical memories were made in San Diego. I didn't even get to 2016 when I spent a little time back at my favorite place... Heck, I didn't even get beyond 2004..? But top ten is top ten.

I hope you liked listening to some of my favorite music. What are your songs? Leave me a comment bellow or link up your own post.

March 22 it's time for another photo scavenger hunt. Those are the ten items to take a picture of: 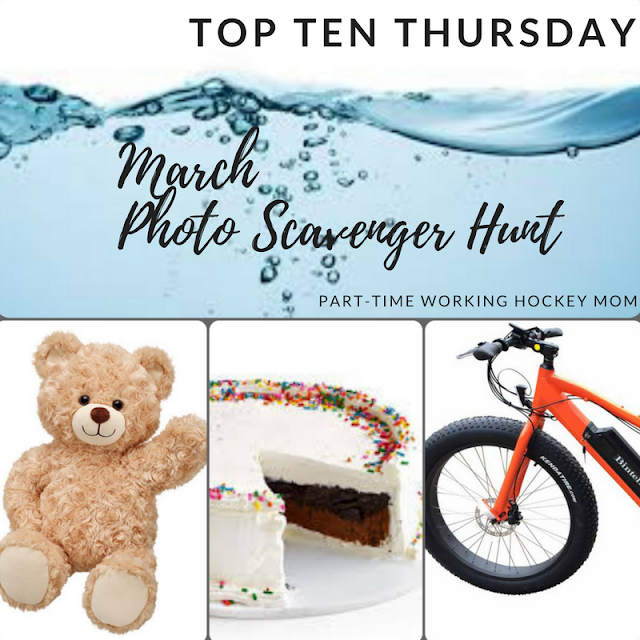 March 29 let's list the top ten things we did for ourselves in the past couple of days or weeks: for our physical or mental health, for our silly joy, for our further education, whatever we can think of! Sign up here.


During the month of April I - and others - will be posting every day for the 2018 A-Z Blogging Challenge, so I suggest we take a break and resume Top Ten Thursday on May 3rd. 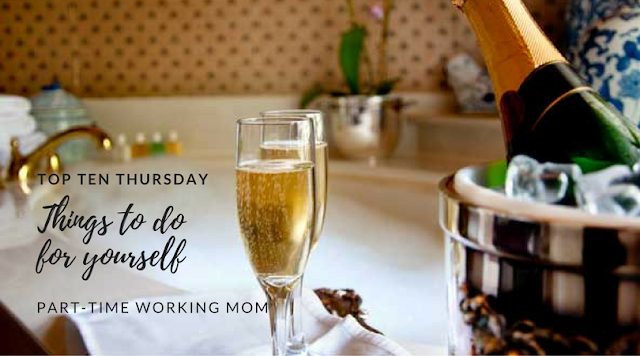