F is for Florence

Yesterday we explored Edmonton, AB - how about a day trip to Florence, Italy today?
Now even though Italy is one my neighbur countries, I don't know it very well, travel-wise.

On the other hand I can tell you a thing or two about their cuisine ;-)

Anyway, one long weekend, a good 20 years ago, my ex-boyfriend and his soccer buddies organized this trip to which the girlfriends were invited. (There were other trips, guys only, you get the picture.)

We went there by night train, and I remember arriving so ridiculously early at the train station that we were having a hard time finding a café that was open and ready to caffeinate us.

What did the Romans say, though? Carpe Diem, seize the day! And that's what we did.

Everything can be reached by walking. It does add up, though, and there is a lot of cobble-stone pavement, which makes for some seriously tired feet by the end of the day. Or earlier. Not to worry, though, because there are plenty of street cafés to take a break and do some people watching.

The culturally interested have to visit the Uffizi Galleries, where art from all the great Italian renaissance painters can be seen: Leonardo da Vinci, Michelangelo, Botticelli and many more. 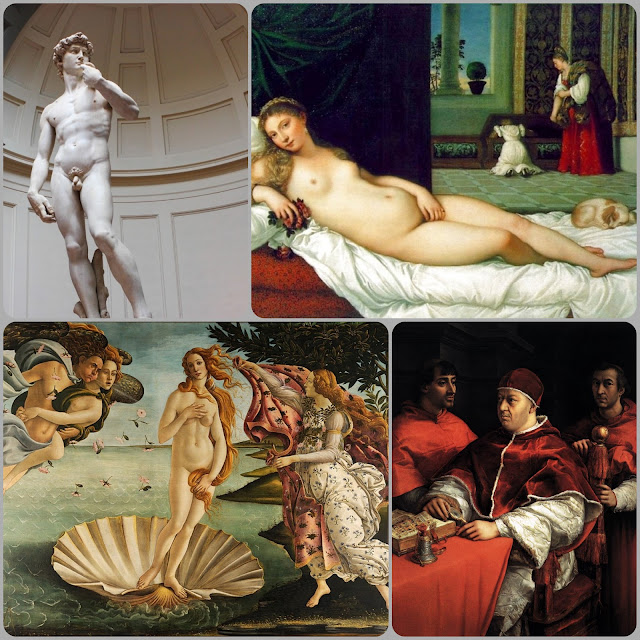 If you're interested in culture, you've come to the right place. Italy is big on classical music, especially operas (think Verona, Milano) some of the greatest composers were Italian:
I wanted to see the Ponte Vecchio, the old bridge. Old, as in built in 996! I had seen it on paintings and photographs and was intrigued because - don't tell anyone - to me it looked like a doll house.

Originally (going back as far as the 13th century)  there were butcher and fishmonger shops on the bridge, later, tanners made leather in there, which resulted in unpleasant smells, so it was decided that only goldsmiths and jewellers were allowed to to business on the Ponte Vecchio. These days there's a lot of touristy crap to be bought.

If I were to go back to Florence these days I'd make sure to book a Tuscany wine tour. Brunello di Montalcino, Chianti Classico, Sassicaia, how does this sound?

Speaking of wine - and Italy produces some spectacular ones - according to the Wine Institute, Vatican City is the country taking the most off the wine growers' hands. Way to go, Pope, that's 14.25 Gallons! 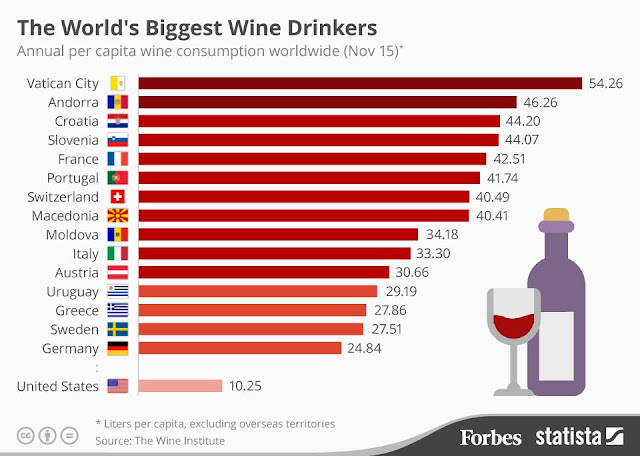 However, they did beat us, and everybody else for that matter, at pasta consumption: 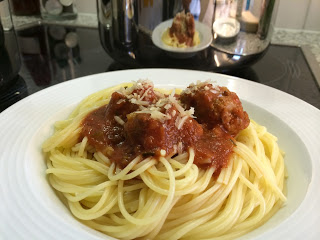 How many can you name?

To work off the yummy Italian food and wine, we climbed a good 450 steps for a spectacular view from the Duomo of the Cathedral Santa Maria del Fiore.

I can't finish this post without mentioning soccer. Italian Calcio fans are called Tifosi, and the national soccer team's member are the "Azzurri", meaning the blues, and that's the color of their jersey. They won the world championship four times, as did Germany, and the current leader is Brazil with five times, we'll see what happens this summer in Russia!

Their most successful team in terms of winning the champions league is AC Milan (to date 7 cup wins), only beaten by Real Madrid, Spain (12 time winners!!)

I'm proud that one of the most successful Italian players ever, a goaltender actually, played during my youth: Dino Zoff


Apart from producing tasty F&B, creating fantastic architecture, music and art and developing passionate soccer players, Italians also invented some major things like the newspaper, the radio, the piano, the phone and, most importantly, the espresso machine. Still they don't even make the top ten on the average coffee consumption list. Hint: The winner is Finland!

Thank you for traveling with me, I hope you had fun and enjoyed your wine!

Have you been to Italy? What is your favorite Italian dish? Let me know in the comments below. Want to know where we're going next? G is for Geneva, Switzerland = my country!
Also check out a couple of other F posts.