J is for Jerusalem

Welcome back, to the letter J of this year's A-Z challenge!

Yesterday we were enjoying ourselves in Irvine, CA, a city that was planned in the 1960s - today we go back in time to Jerusalem, parts of which were settled in the 4th millennium BCE, let that sink in for moment!

I was gonna say "Jerusalem is Israel's capital". This is what Wikipedia introduces Jerusalem as:

It's probably a good idea to choose your words carefully because this is such a touchy subject. Before I'm getting my feet wet, let me give you some family background:

My Grandma was born in 1920 in Germany, my Grandpa was born in 1917 in Russia, later  studied in Vienna, Austria. Both left their country in due time before things escalated to WW II and Holocaust.

Grandma, her two older brothers and her parents arrived in (British Mandate of) Palestine in 1934 when she was just a teenager. They lived in refugee camps and worked long and hard hours in agriculture. I am not sure when exactly Grandpa arrived, but I know he fought for the British Army in the Arab Revolt.

They met and got married, and in 1948 two amazing things happened: the State of Israel was established, and their daughter - who was going to become my Mom - was born, and they lived happily ever after.

The story goes on, though.

My Grandparents had another baby, a boy, and soon after, my Grandpa, who never got to finish his studies and had been working three job while building his family home, managed to get a scholarship in Switzerland. He left his family, graduated and secured a job. So when my Mom was about 10 years old (my son's age today, I'm just trying to imagine what this would mean to him) they had to leave Israel and try and fit in in Switzerland.

Grandma's brothers and cousins were still in Israel, and they kept in touch as well as they could. It was a time before email and FaceTime, so they wrote letters. Grandpa, who didn't have any roots in Israel, was suspicious of what appeared to be a pretty great country, and he never looked back. He worked hard, was a good citizen and eventually got the Swiss passport which is what he wanted because he liked the sense of stability and security that came with it, Switzerland being a neutral country, the land of chocolate and money and all.

Fast forward to the 1980s: My Mom (married to a Swiss catholic, therefore she had to wave her rights to raise us kids as Jews) took me to Israel for the first time. We visited relatives and spent a week exploring the country with a tour guide.

I was thrilled to be at a beach for the first time in my life, I was amazed that you really are floating in the Dead Sea, I enjoyed hanging by the pool in Eilat and riding a horse at my Mom's cousin's ranch. 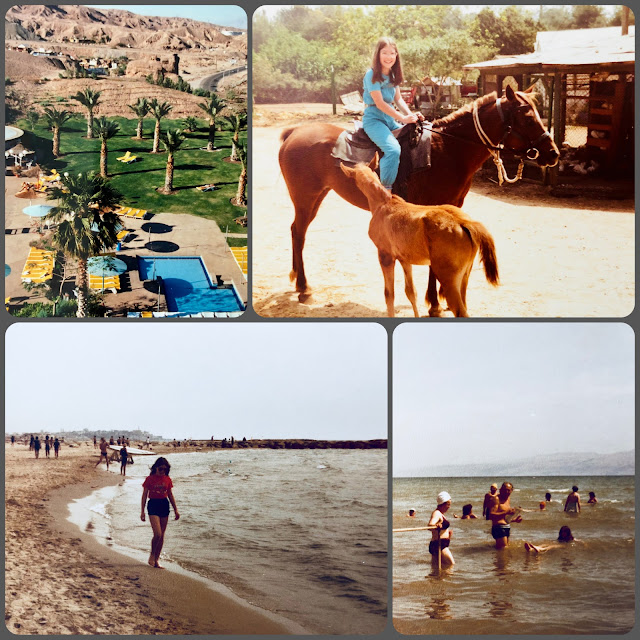 In all honesty though, this visit was also very weird and confusing for the Swiss Miss that I was:


You can imagine My Granddad's disapproval when my brother, who only had started high school, got to visit Israel and immediately exclaimed: "this is where I want to live!" When he was 21 this is exactly what he did. He joined the Israeli army in exchange of citizenship (which, by the way, my Mom waved as well a couple of years prior to that in order to avoid for him to being drafted. Speak about irony.)

When I visited him in his Ulpan - an integration camp for adult immigrants to learn the Hebrew language and assimilate into the culture - I looked at it as a chance to review my perception of Israel, which so far had been "what have the current generations done to the values and spirit that my Grandparents so laboriously set up? They don't appreciate it enough, take what they have for granted and walk around with an attitude of entitlement." 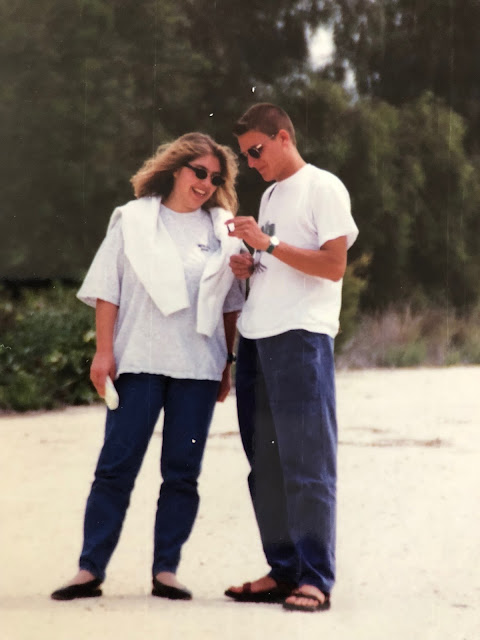 Shoot me, but I still tend to think of it that way.

Yes, terrible things were done to Jewish families, but this happened a long time ago, why do they (and I'm mainly talking about politicians here) always have to play that card if they don't get what they want?

Also, how can a government, over a period of several decades, blissfully ignore the international community's concerns and basically do as they please?

Ahem. OK? In my book a "deal" is complete if both parties agree?

It gets better, as you know.
Israeli settlements are civilian communities inhabited by Israeli citizens, almost exclusively of Jewish ethnicity, built predominantly on lands within the Palestinian territories, which Israel has militarily occupied since the 1967 Six-Day War, and partly on lands considered Syrian territory also militarily occupied by Israel since the 1967 war. Such settlements within Palestinian territories currently exist in Area C of the West Bank and in East Jerusalem, and within Syrian territory in the Golan Heights.
The international community considers the settlements in occupied territory to be illegal, and the United Nations has repeatedly upheld the view that Israel's construction of settlements constitutes a violation of the Fourth Geneva Convention.
What does the civil administration do? They're handing out more building permits for government subsidised housing (we're talking 30 - 50% the price of a house on regular Israeli land), allocating vast tracts of land and generous water supplies, paying for infrastructure of roads, sewage systems and utilities for these (Israeli) settlements, while not only ignoring Palestinian's rights to build houses, but demolishing their properties, uprooting families and kill civilians.

I don't claim to know all the facts, and I don't have a suggestion on how to resolve the mess, other than to practise as you preach: 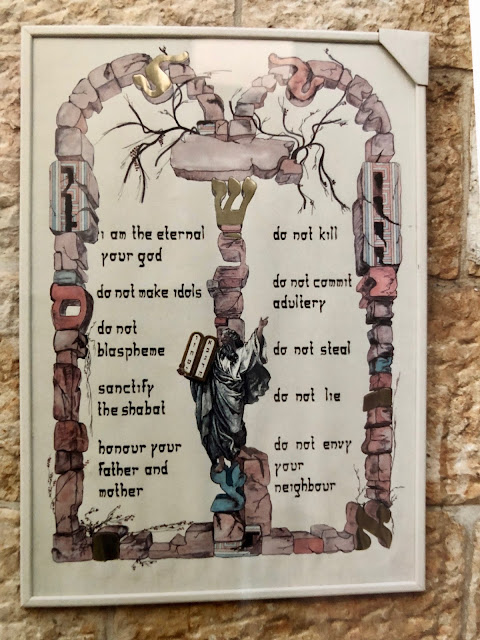 And just like that I will shut up now and show you the truly beautiful aspects of this country that has come a long way and achieved admirable things!

Some of the pictures are over 30 years old, taken by my Mom, that's why they are a bit yellowed.

Acre, a picturesque harbor town on the coast of the Mediterranean Sea. 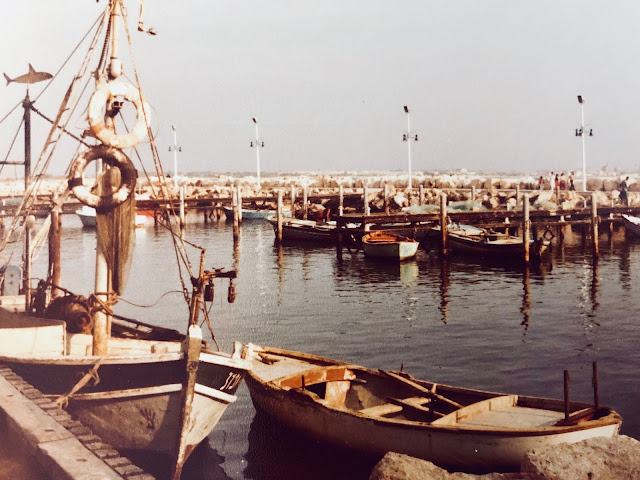 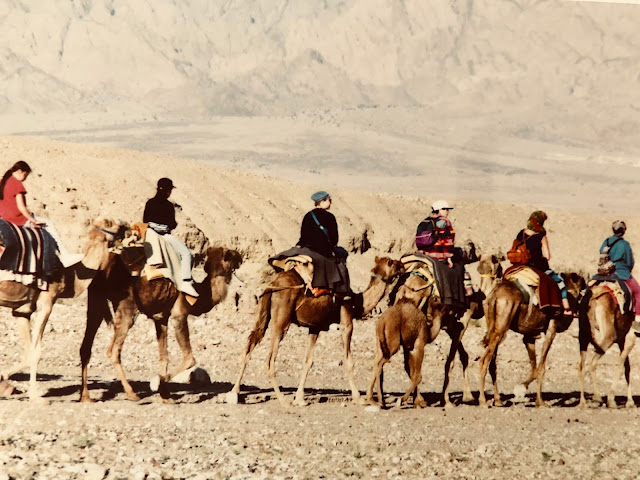 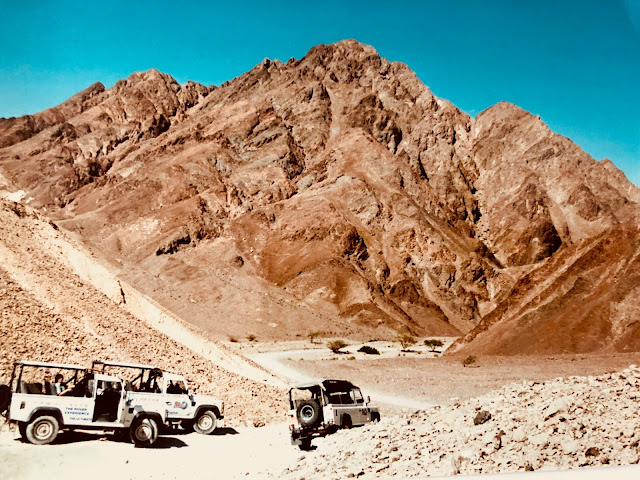 Eilat, Israel's southernmost city at the Red Sea, a tourist destinations for people who like to dive, swim with dolphins, relax at the pool and shop tax free, what's not to love? 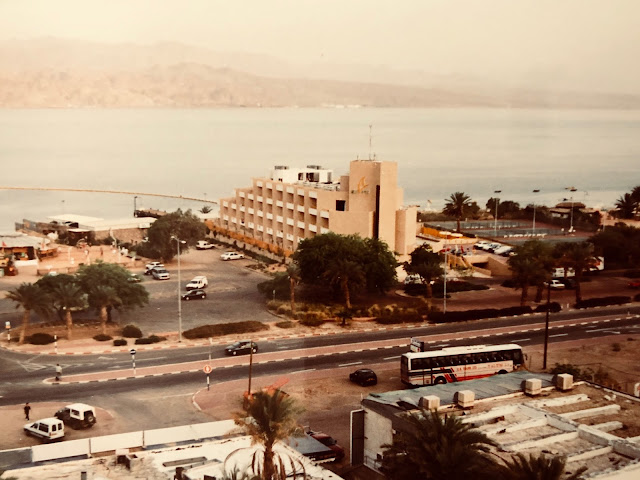 Last but not least the magic of Jerusalem with its Old City and Temple Mount.

Yes, I only seem to visit during spring break aka kosher for Passover aka gluten free week.

Interestingly the Friday we visited Jerusalem was Good Friday for the Christians, Jumu'ah for the Muslim and Passover for the Jews. I am pretty sure the Russian Orthodix had something going on as well. Anyway, what I am saying is, that afternoon and early evening felt so peaceful! Everybody was going to their church, mosque, synagogue, you name it, and everybody was leaving the others alone. 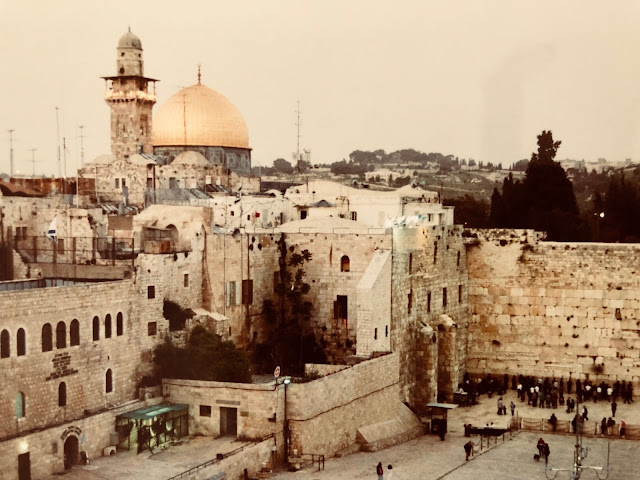 Why can't it be that way all year long?

OK, I don't often go out on a limb on my blog, but today I had to get a couple of things off my chest, and I'd like to hear what your thoughts on the Middle Eastern conflicts are. Or you may just leave a comment on how you liked the pictures ;-)

Either way, thanks for reading, and I promise tomorrow will be free of politics and full of great and current pictures! I'm taking you on a game drive in Kruger National Park, South Africa, how about that?