Q is for Québec (City)

Yesterday we spent some time in Paris, France - what are we up to today?

I've never been to Quetzaltenango, Guatemala and to Qinhuangdao, China, neither, that's why today I'm lucky to be able to talk about Québec, the province and its capital, and while we're at it, a bit about its surroundings.

We were there as part of a rather extensive road trip from Halifax to Montreal, then we flew to Oakland, rented another car and drove all the way down to San Diego an up to Los Angeles for our homebound flight. It was sort of our goodbye tour.

Huh? It was in May 2008, I was pregnant and about half way to my due date, and we figured it'd be a while until we'd be back to North America, because long haul flights with a baby didn't sound like a good idea - even though they seem to know how to treat expectant and new mothers! 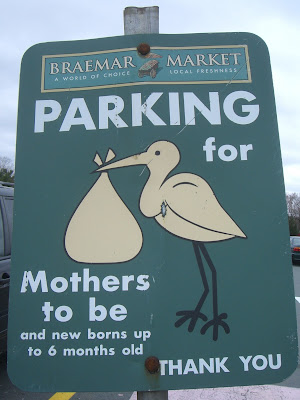 We flew into Halifax which isn't technically part of Québec (but Nova Scotia), but hey, once we're here, let me tell you a thing or two.

I am pretty psyched to have legit content for the letter Q, by the way. The previous years have been a bit of a stretch.

Speaking of stretch. In order to get to our Halifax hotel we had to cross the Angus Macdonald Bridge, and if you look closely, you can see the reason for the chaos, a car was unfortunate enough to approach the middle lane toll booth with too much force..?! 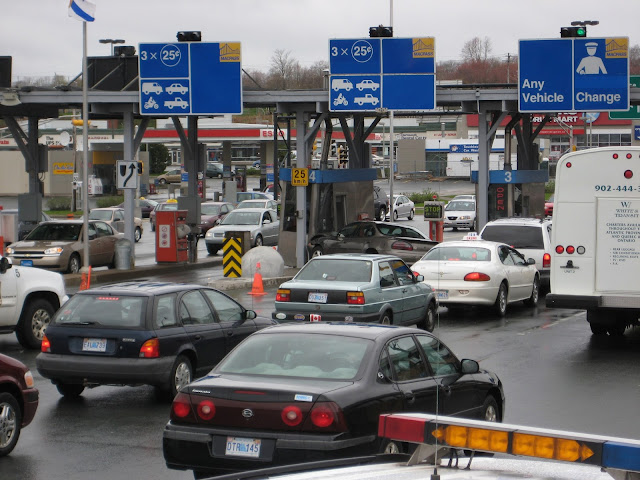 I liked Halifax, it has the small fishermen's town appeal.

To celebrate the Ice Hockey World Championships that were going on (I'm talking about it in a minute), they set up a Crosby exhibit inside the Nova Scotia Sport Hall of Fame. The most memorable object (to me) was Mrs Crosby's laundry dryer.

Why? Growing up Sidney used it for shooting practice. It was in bad shape. Bumps, dents, black puck marks... The display comment said that with his first NHL contract Sid purchased a new dryer for his mom ;-)))

I just found out due to popular demand, the exhibition was made a permanent thing, check it out. 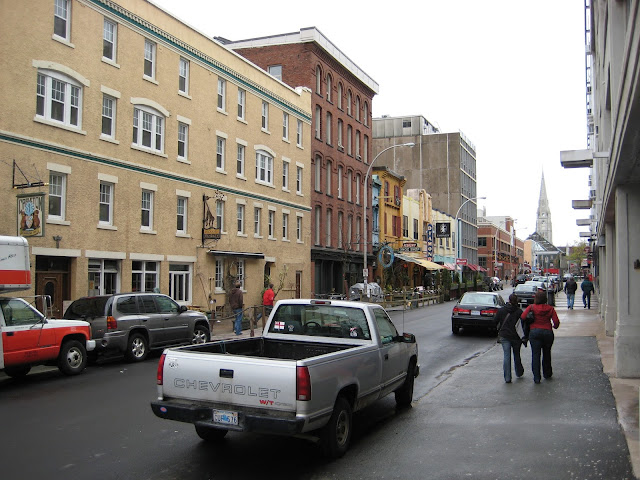 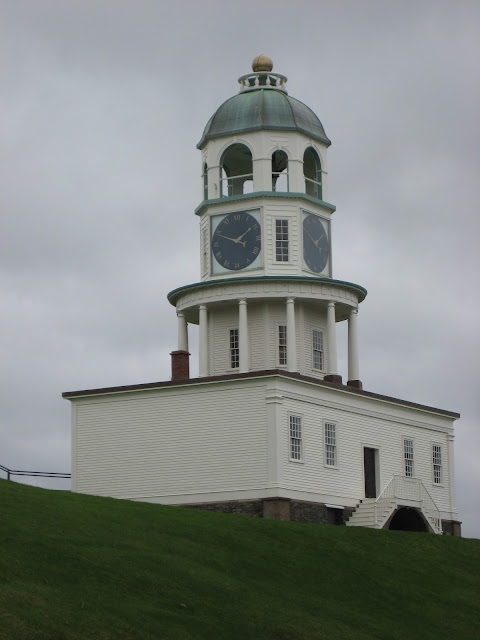 Halifax has a special meaning to every Swiss citizen, especially for those who are or have been working for Swiss, formerly Swissair, our airline, at some point.

Unfortunately Halifax was where in 1998 our flight 111 crashed as a result of all systems failure due to smoke in the cockpit. A devastating day for our country and the entire airline industry. We have always been considered to be a super safe and reliable airline, and then this.

When I started to work for Swiss in 2010, I met people who worked on that aircraft on that very day or were part of the investigation team that had been active for a period of five years after the crash. There were no survivors, so the priorities were to retrieve the flight recorder, the bodies and the largest parts of the wreckage. 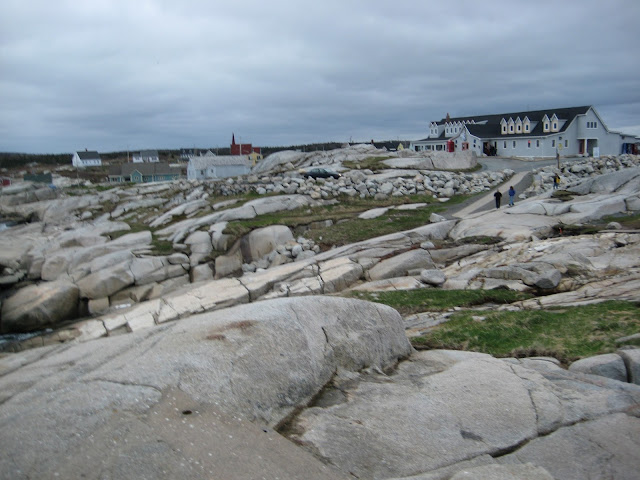 Even though ten years had passed since the plane crash, when we arrived at Peggy's Cove, a cute little fishing community, where a memorial site was set up, we felt very concerned. There was an icy wind blowing that contributed to the goosebumps we had anyway. 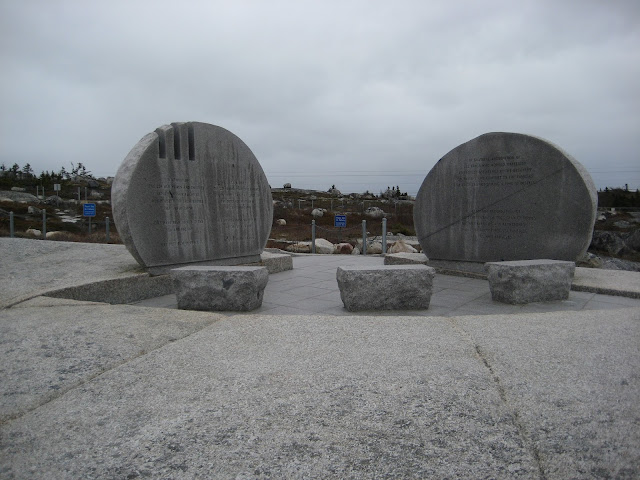 Now as an innocent bystander so to speak, we had the privilege of visiting this memorial place, spend some time paying our respects and then leave and move on with our lives. 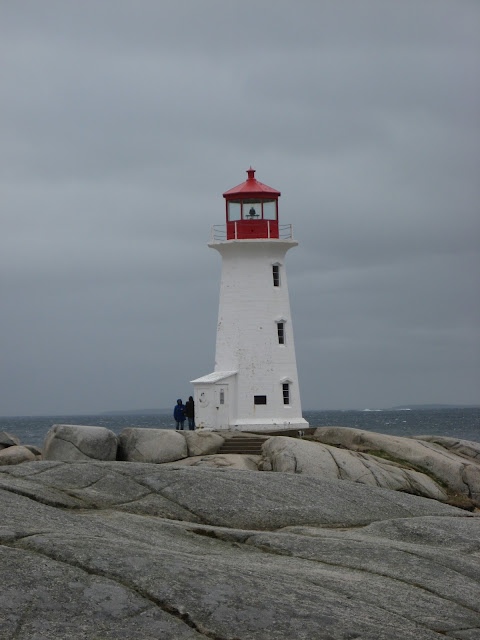 After all our trip was supposed to be fun, at least that's what we said at immigration, right? Business or pleasure?

Speaking of pleasure: As I was saying, the Ice Hockey World Championships were being held in Halifax and Québec City. 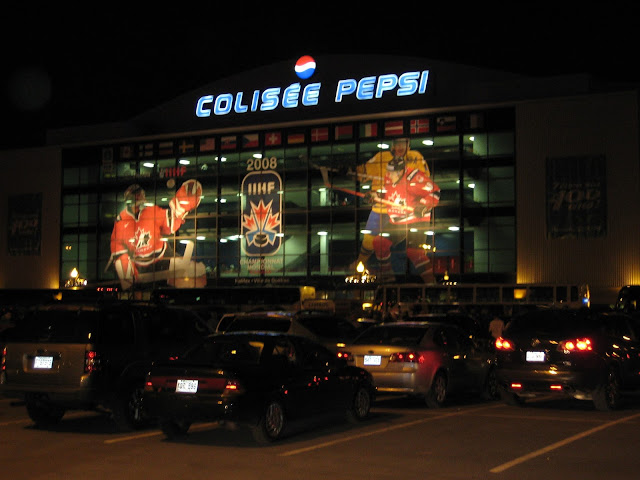 Hubby was determined to get tickets for one of the Swiss team's games, and he managed.

Switzerland played against Russia and lost 0:6 (the Russians ended up becoming world champions that year, plus they had Ovechkin, so it was an honorable loss...)  One of the goals for Russia was actually an own goal by our defenseman Philippe Furrer, (poor guy, it was his first WC!) and the TV reporter's multiple shocked oh nooooo's were legendary.

In the audience we met Swiss people who told us that every May they traveled to wherever the Hockey WC was taking place - that's one hell of a way to decide where you're going on vacation! 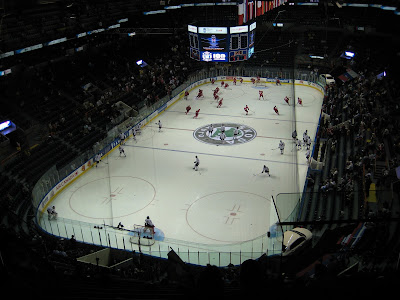 Crossing the language border between New Brunswick and Québec automatically was a change in culture, just as we were used to in Switzerland: our German speaking part is very neat and organized, haters call us stuck-up, as soon as you enter French speaking parts things change. People become more approachable - and processes work less flawlessly, we may consider them a bit on the lax side.

If you've been following this A-Z series you may remember the nickname for this phenomenon in my country: Röstigraben, hash brown ditch.

Therefore it was no surprise to find signs that were attached upside down. Who really cares as long as there really is a Tim Hortons, haha! 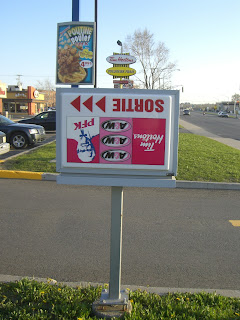 If Halifax felt like a rustic, down to earth place, then Québec was almost fairytale land!

Everything was built so pretentious and pretty, and it's not only Fairmont Le Château Frontenac, 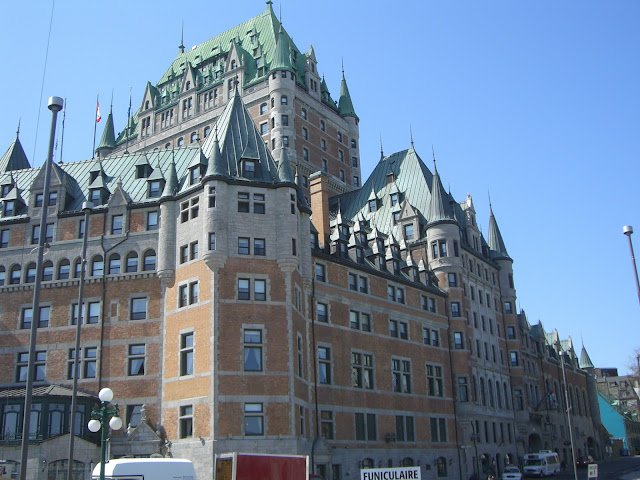 but also the regular houses in the old town, pardon me, Vieux-Québec, the fountains, everything! 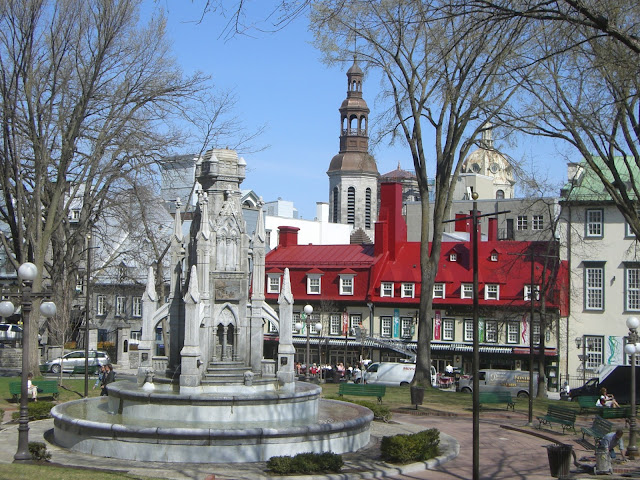 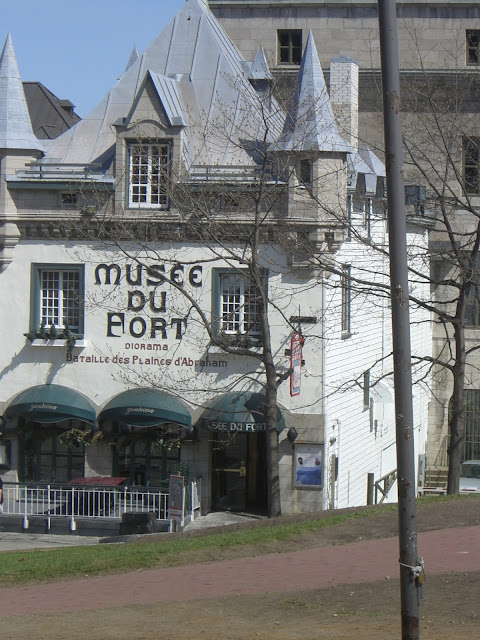 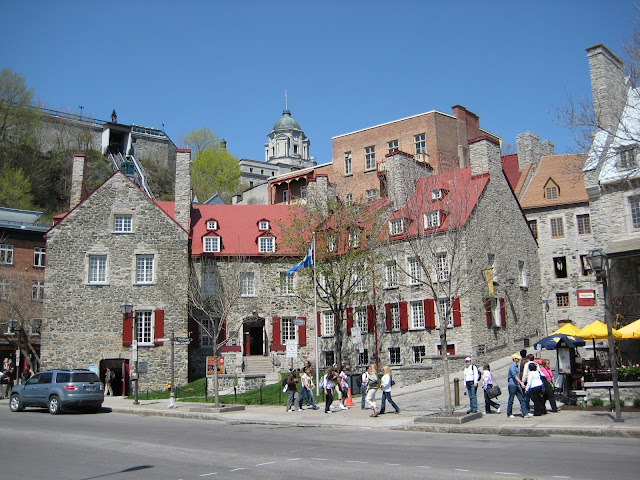 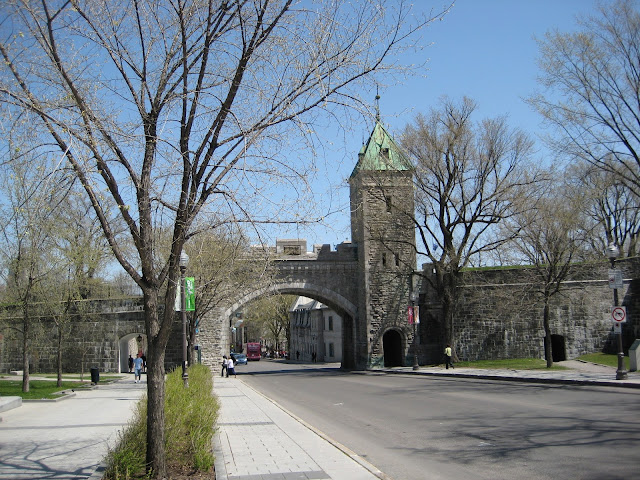 During our drive from Québec City to Montréal we stopped for a bite in Charlemagne  - just because it's Céline Dion's home town. We like to think of her as Swiss because she won the Eurovision Song Contest for us in 1988 singing "Ne partez pas sans moi". I can't wrap my head around the fact that she's only a couple of years older than me. The confidence she had as a 20 years old, I'm in awe! Then again that's how she grew up: on stage!


While she has many great songs, one of my very favourite ones is "The Prayer," her duet with Josh Groban. Well, technically he was just subbing for Andrea Bocelli, but the backstory is so adorable, watch it:

And with this melody still in your mind, I'm letting you go for now. Here's the link to the other Q posts if you want to read more. Please be back tomorrow for R is for Richmond.
A-Z Céline Dion Château Frontenac Halifax ice hockey Nova Scotia Québec smoke Swissair Flight 111 world championship