T is for Toronto

From Sydney we go right back to Canada, the Eastern part this time. This is the high-rise my husband wants to have an apartment in. On this crossing Yonge and Lawrence his entire breakfast is covered: coffee from Starbucks and a sandwich from Tim Hortons right across the street. 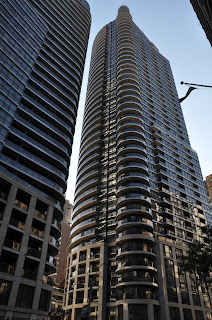 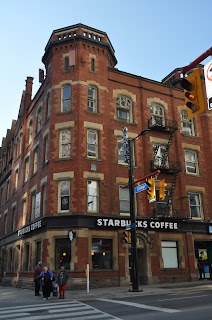 He didn't explicitly ask how I thought about living in Toronto. Here's how feel about it: I'm OK part-time, say between May and September? For the other months I would only go from our building to the subway and get everything done in the PATH system, Toronto's underground city. Check it out:

So if I did live in Toronto I'd probably hang out at Yonge -Dundas Square all the time. Shopping, movies, restaurants and live music, what's not to love? 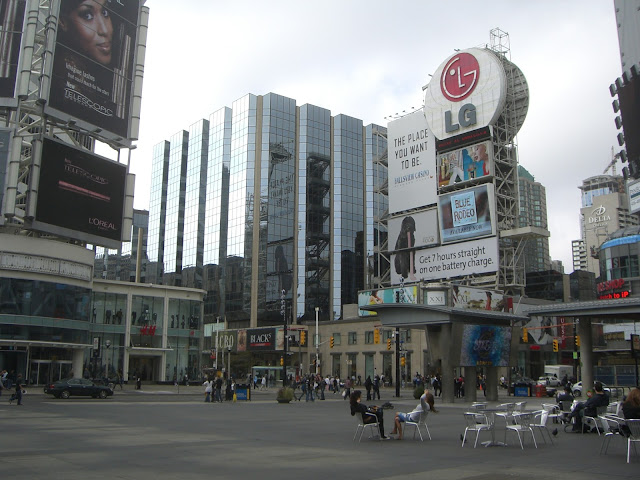 As a tourist, however, you have to go up the CN Tower. Interestingly I don't feel about the CN tower the same way I do about the Eiffel tower, even though the waiting time may be just as long, and admission is more than double. 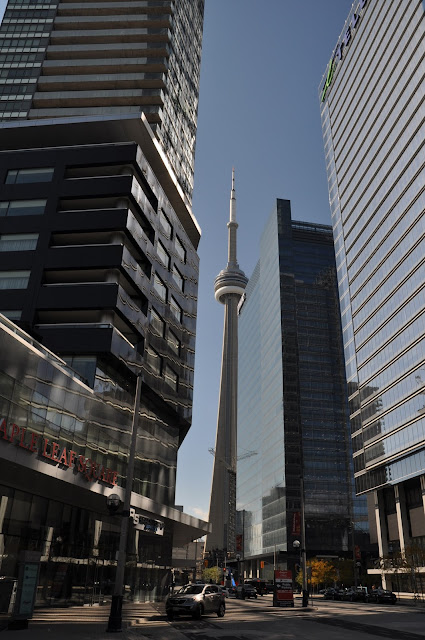 The entire tower is 553 meters tall, but the top floor with the observation deck only 446 meters (1,465 feet).  If you're not a fan of heights just don't put your feet on the glass floor! 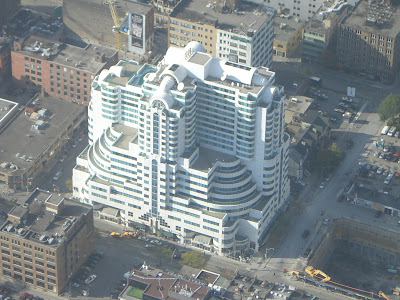 The view is kind of unreal. Like a tiny toy city with the little cars driving around. 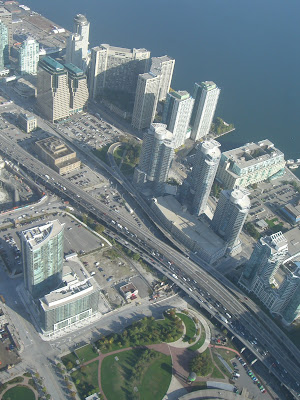 Once you're back down to earth you may want to benefit from the fact that the Ripley's Aquarium is just next door. We haven't visited because the one day we went up the CN tower was when the weather is nice, and we figured we could always come back to the aquarium as a backup plan for a rainy day.

We did the Earth Cache at Toronto Harbour instead.

What am I talking about?

Geocaching is a treasure hunt for hidden boxes and logbooks all over the world. You need a handheld GPS or the app on your phone. There are different types of caches. For some you need to do some research at home in order to figure out the coordinates of the hidden box.

An Earth Cache is a special geological location you can learn about this unique place, in our case glacial lake Iroquois. 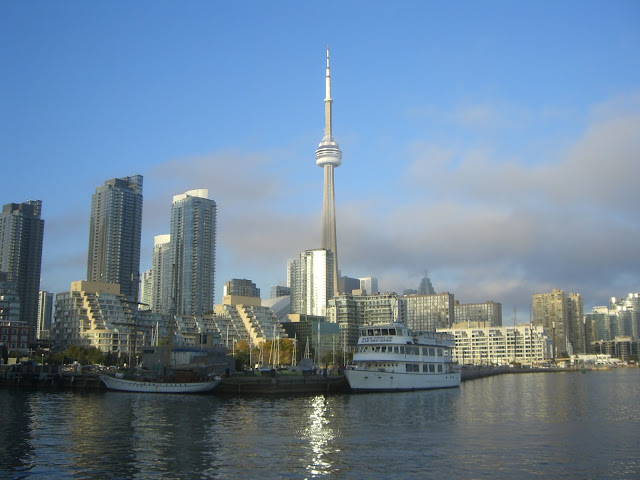 Without giving away too much about the rest of this A-Z challenge, Toronto is most probably my last chance to talk about hockey, and my blog is after all called Part-time working Hockey Mom, so here we go, a humorous (and in my eyes pretty accurate) comparison between soccer and hockey, have fun:

Let's continue with a quiz for advanced sports fans: 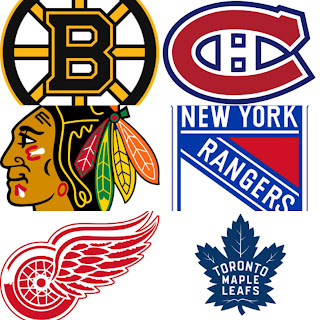 These six teams constituted the NHL for 25 years between 1942 and 1967, a period known as the Original Six. One of the remarkable Toronto Maple Leafs players during that time was Tim Horton. Yes, in case you weren't aware, the donut shop was originally founded in 1964 by this iconic hockey player.

Today the NHL consists of 31 teams, 24 of which are based in the United States and seven in Canada. The NHL divides the 31 teams into two conferences: the Eastern Conference and the Western Conference.

After the Montreal Canadians, the next most successful NHL franchise is the Toronto Maple Leafs with 13 Stanley Cup championships, most recently in 1967, so it was only fair for this young guy to honestly assume he'd tie the knot really, really soon: 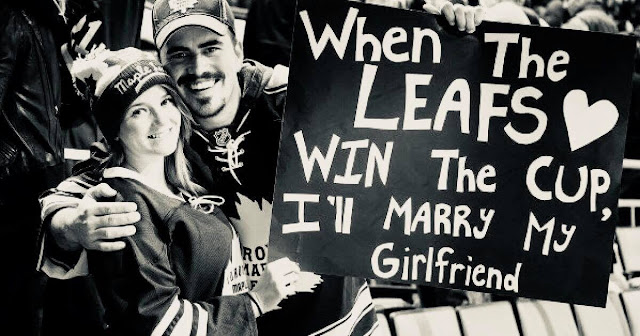 I feel so sorry for them... 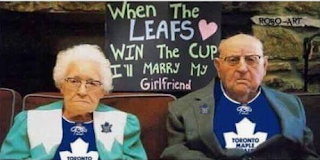 Well, as this post goes live, there is still hope. They made the playoffs this season, but boy, they need to defeat the Bruins tonight!!!

I have high hopes for young Auston Matthews. He played in Switzerland before he was drafted and joined the Leafs. This is a goal he recently scored. 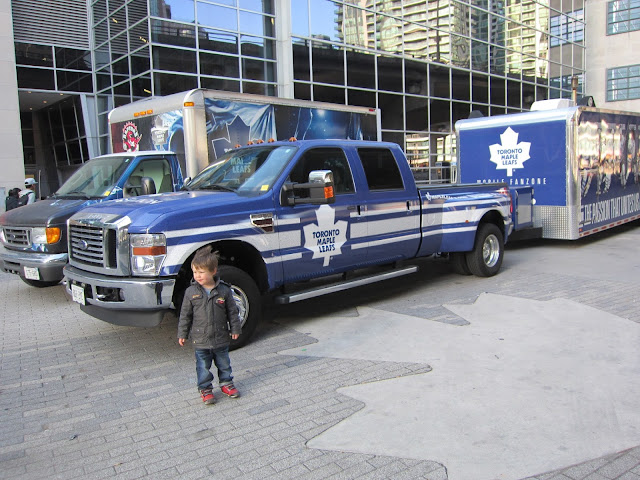 As a hockey fan, when in Toronto, visit the International Hockey Hall of Fame! It exhibits gear, trophies, pictures and more about the most successful players and teams in the NHL's history. 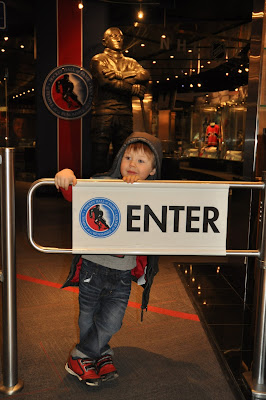 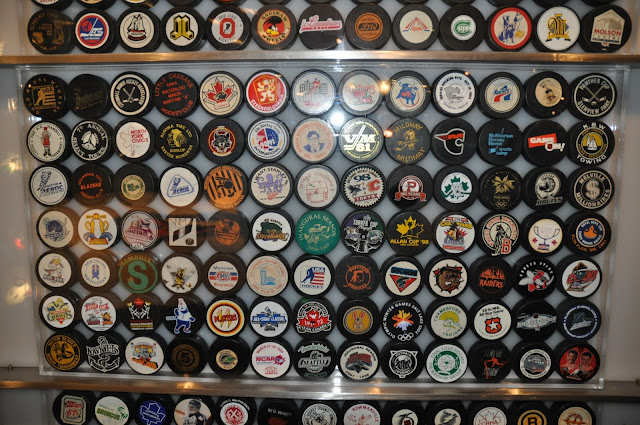 The Great One aka #99 aka Wayne Gretzky was born in Brantford, which is just an hour southwest of Toronto. He has his own freeway exit.

In his book Gretzky; An Autobiography he describes how at practices his Dad would drill him on the fundamentals of smart hockey:
Dad: "Where's the last place a guy looks before he passes it?"
Wayne: "The guy he's passing to."
Dad: "Which means..."
Wayne: "Get over there and intercept it."
Dad: "Where do you skate?"
Wayne: "To where the puck is going, not where it's been."
Dad: "If you get cut off, what are you gonna do?"
Wayne: "Peel."
Dad: "Which way?"
Wayne: "Away from the guy, not towards him."
Turned out to be excellent advice!

After retiring from an unparalleled career, he now owns a vineyard.

We were lucky enough to enjoy his work on New Year's Eve 2016/17, got it from the wonderful Canadian Store here in Switzerland. It came in a nice gift pack, one white Chardonnay and one red Cabernet Merlot, both very nice. As a bonus they've attached a puck signed by #99, the Great One. 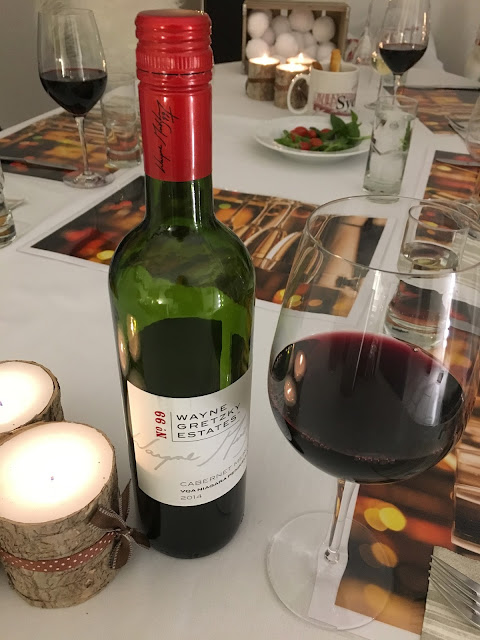 Gretzky's other business is this fabulous Toronto downtown restaurant: 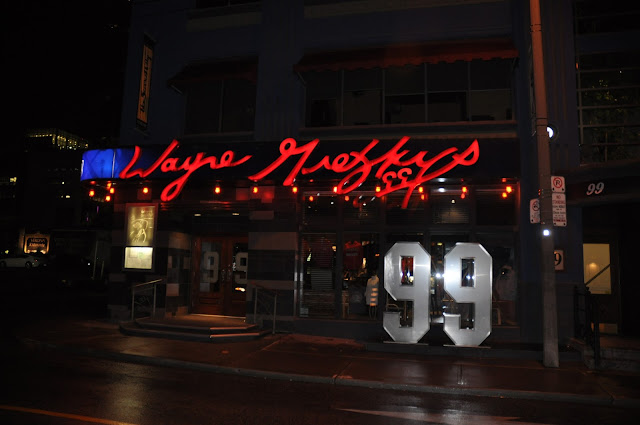 A well meant tip from me: do not order the ten layer chocolate cake for dessert. You can't possibly eat it! Go for the puck brownie instead! 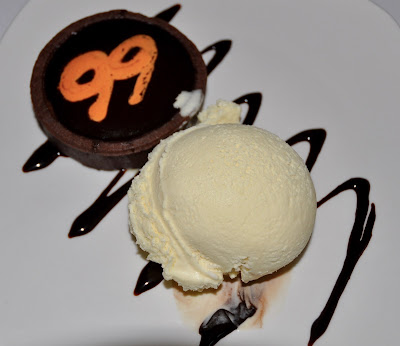 By all means you may just skip dessert at Wayne's and head over to the closest Tim's. Is your favorite donut among the top twelve? Mine are marked bold. 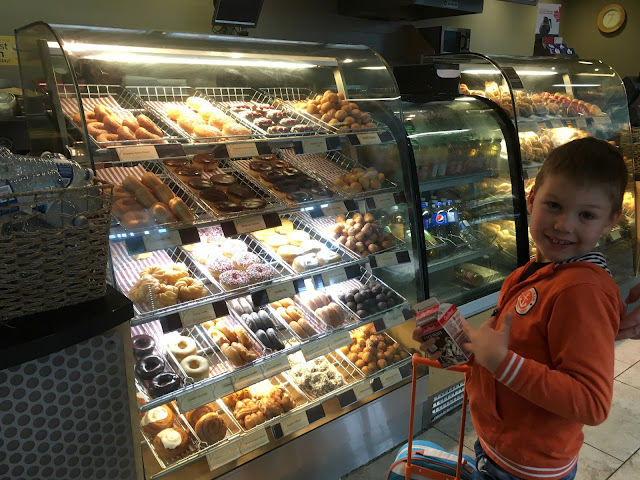 Thank you for spending the day in Toronto with me, visit some other T posts if you like - will you be back for U is for Utah tomorrow?