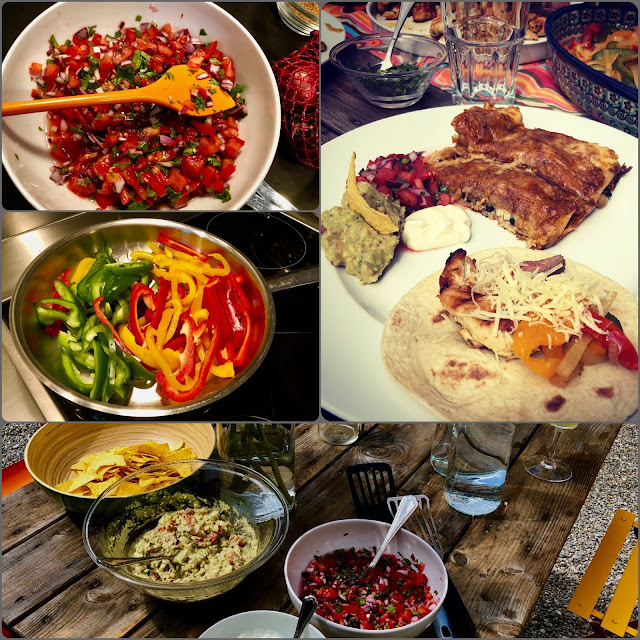 After an intense month of posting every day for 2018's A - Z Blogging Challenge a friend and I treated ourselves to a Cinco de Mayo Cooking Class offered by my blogger friend Stacy's new business called Lone Star Kitchen - as you can guess from the name she's originally from Texas and grew up helping out in her Mom catering business.

For the event she rented the movie theater's kitchen on the former spinning factory's premises. Let that sink in for a moment. So there was this out of service manufacturing areal that creative (and financially backed up) people turned into a place for businesses to work and offer their services at as well as into lofts to live in. A quaint location only 20 minutes from Zurich airport. Pretty cool.

They left the spinning equipment for people to view: 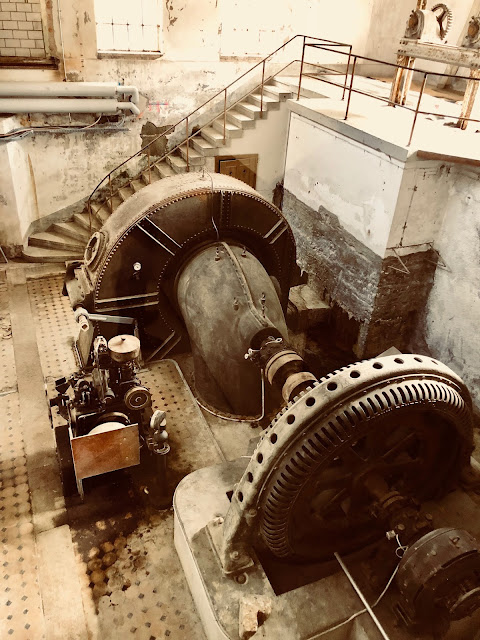 One of the tenants is a small and therefore intimate movie theater that seems to not only show independent local movies but at the same time serve food: dinner and a movie at its best! 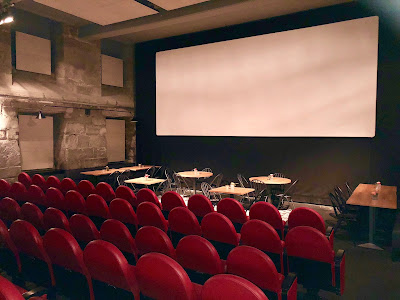 This cinema has a large backroom which is a fully functional kitchen. This is where we got to work. Not before learning a couple of things about the major ingredients for Mexican cuisine.

Stacy even shared a simple trick to make your own "packed brown sugar" that so many North Americans living in Switzerland miss so much because it can't be bought here: combine a teaspoon of molasses with a cup of regular white sugar, done! Store in an airtight container and go for the cookies and cakes that require that chewy consistency!

We didn't bake though. We made the following: 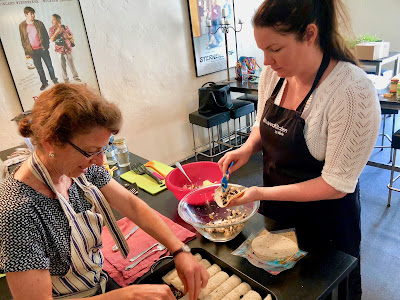 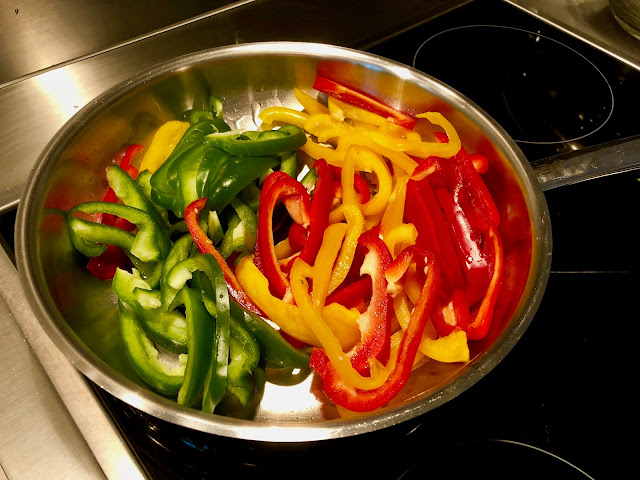 The experience didn't stop at preparing and cooking these delicious dishes, Stacy also made sure there were flowers, music and drinks. 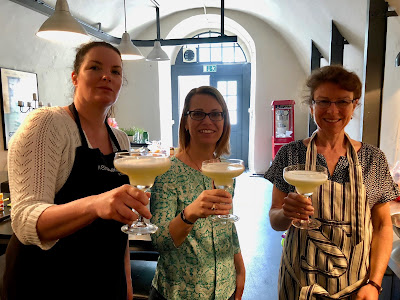 This one is my virgin Margarita, due to my being on antibiotics following my dental surgery. 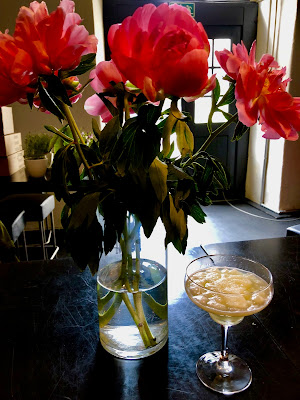 Also she explained the reason why Cinco de Mayo is celebrated. Unlike many people think (until a few days ago I was one them) it is not Mexico's Independence Day like July 4 is for the USA. It's the day to commemorate the Mexican army's unlikely victory over the French forces of Napoleon III on May 5, 1862, at the Battle of Puebla.

Mexico's real Independence Day is September 16, just a day prior to my son's Colin's birthday. Now I won't forget! 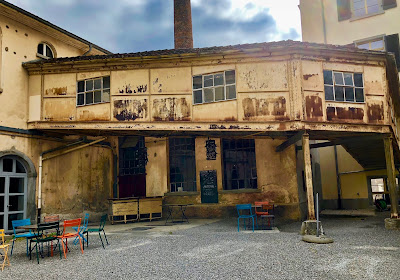 It looked so pretty and delicious, and we were more than ready to sit down and enjoy all the goodies we had worked hard for: 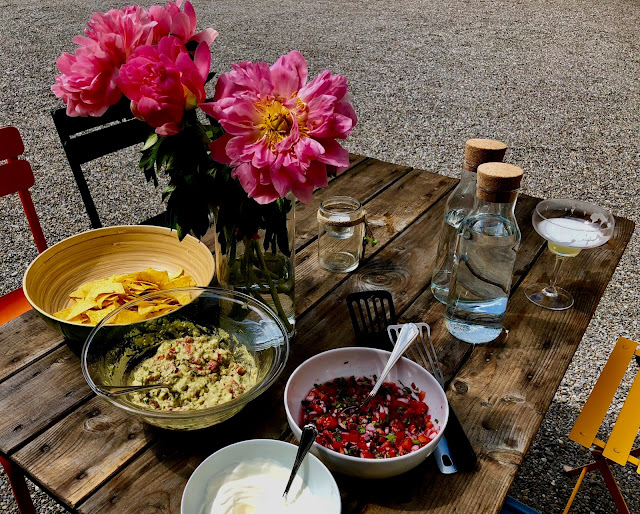 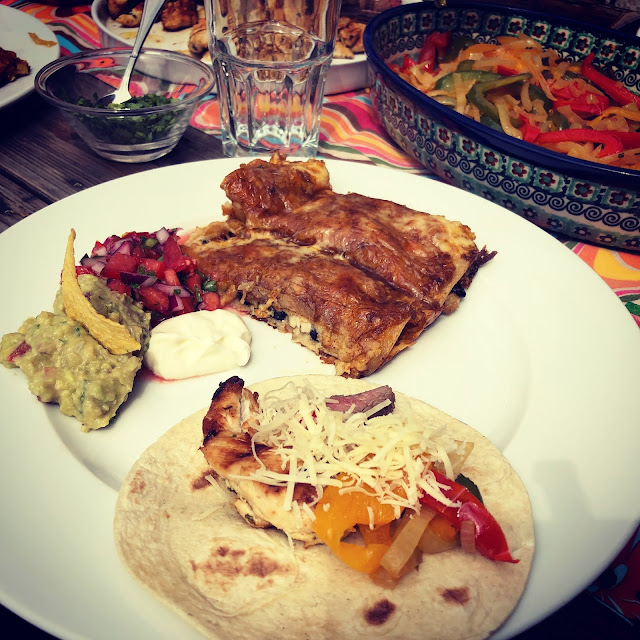 We did our best but couldn't eat all the food we made. That's where the disposable containers came in that Stacy brought - so the night after my family got to benefit from the yummy leftovers. They approved!

This was Stacy's first cooking class that she offered responding to people's request for her recipes when she was catering for events. I think she's doing a great thing there, and I hope there will be plenty of demand to keep offering classes.

So if you're in the vicinity of Zurich North keep your eyes open for more events. There is an American Brunch coming up at the end of the month: check it out.