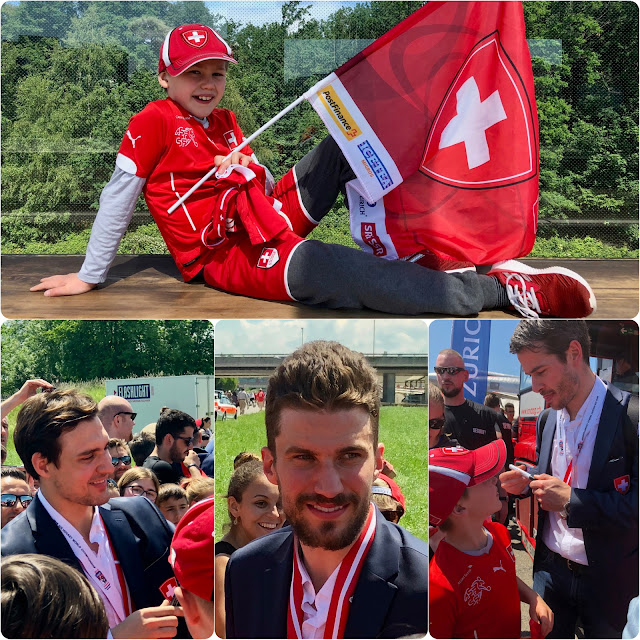 The 2018 IIHF World Championship is in the books. We did great, and again, just like in 2013, we came THIS close to winning gold - if only the yellow / blue opponent hadn't been a tiny bit luckier. 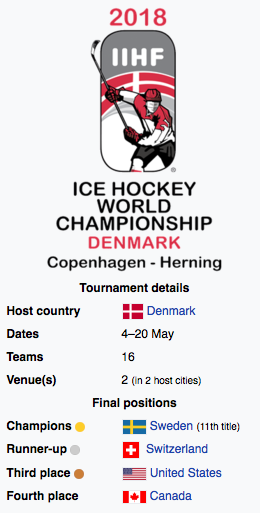 Still we were and are in awe of our team's performance and spirit, and when we learned there was going to be an official event welcoming the guys at the airport, we used this Pentecost Monday (official day off) to join the hundreds of fans. 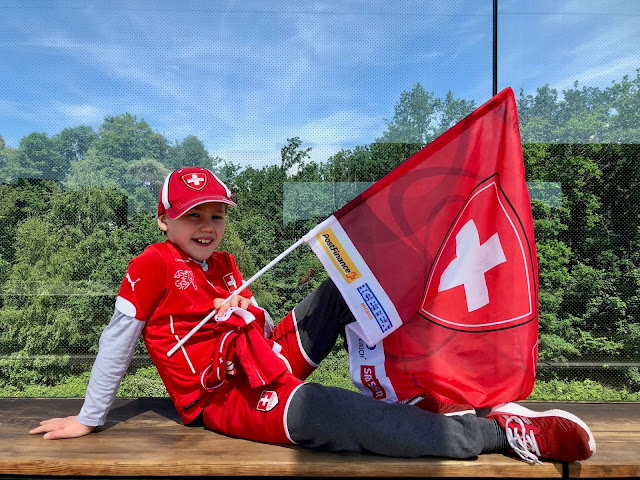 Red and white suits us well, don't you agree? 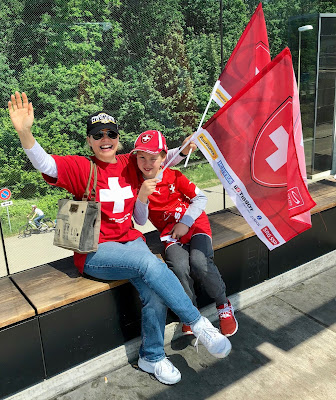 We were a bit off-site of the official airport, at Runway 34, which is an upcycled hangar that serves as a restaurant. It is run by former pilots and cabin crew, and every table is a destination, so you're having dinner at HNL or SYD. 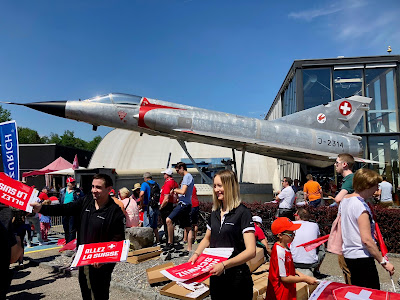 On a big screen we witnessed the player's aircraft getting a warm, yet wet, welcome!


Then they boarded a double decker bus and made their way over. The crowd went wild! 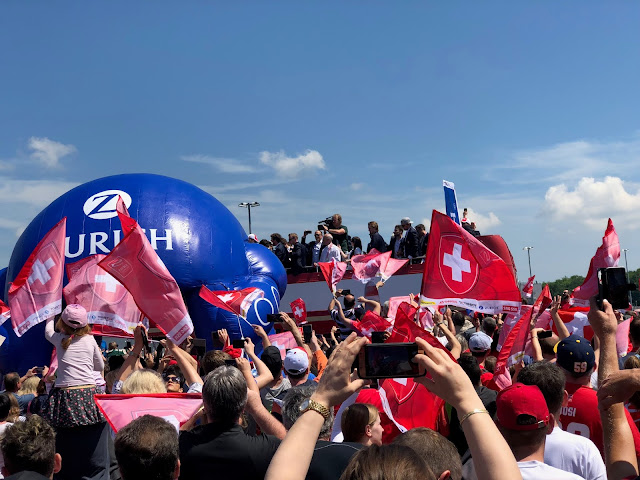 The guys made their way onto the stage where they were called up by their jersey number.

We sang some cheer chants, the Swiss national anthem, then the speaker mentioned that it was Tommy Albelin, the assistant coach's, birthday, so we sang happy birthday as well. 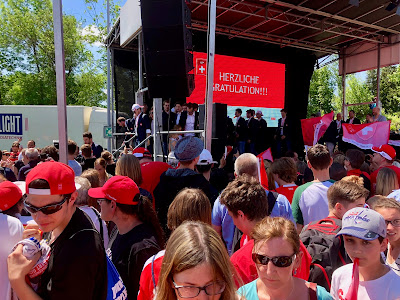 Then they were getting ready to leave the stage and make their way back to the bus. Colin was like "whaaaat? What about meeting the guys and getting autographs?"

The speaker added "for those who want to take selfies and have their jerseys and hats signed - we're on a tight schedule, but hey, give it a try." That was a bit lame, but the players were super nice and stopped to shake hands and sign merchandise. 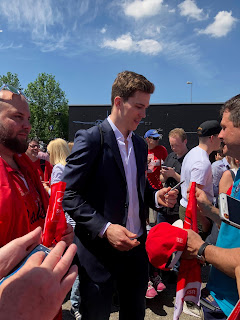 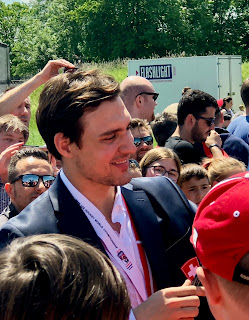 Some took the time to pose: Raphael Diaz 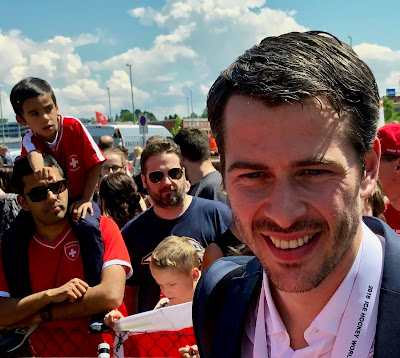 Roman Josi, playing for the Nashville Predators and my personal favorite :-) 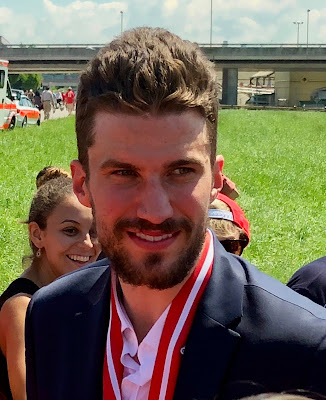 Leonardo Genoni, he did a fabulous goaltending job keeping us in the game until the end! 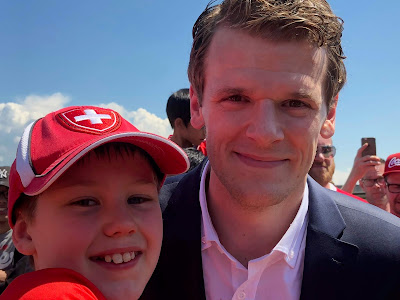 and actually strike up a conversation. This is Patrick Fischer, our head coach. He used to be a legendary player where Colin trains, so they have something in common. 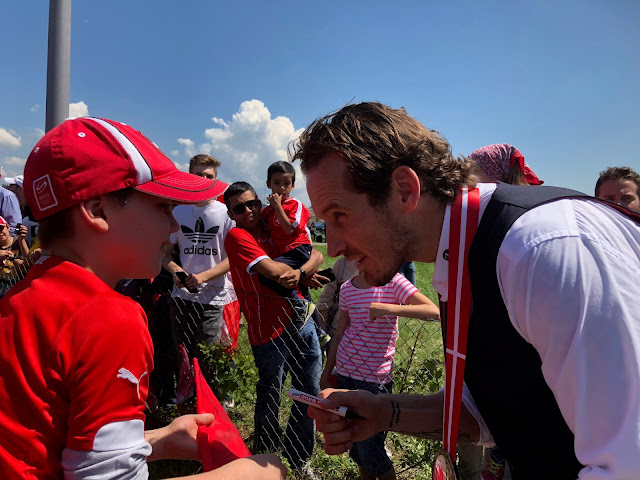 The flag is full of autographs, yay! 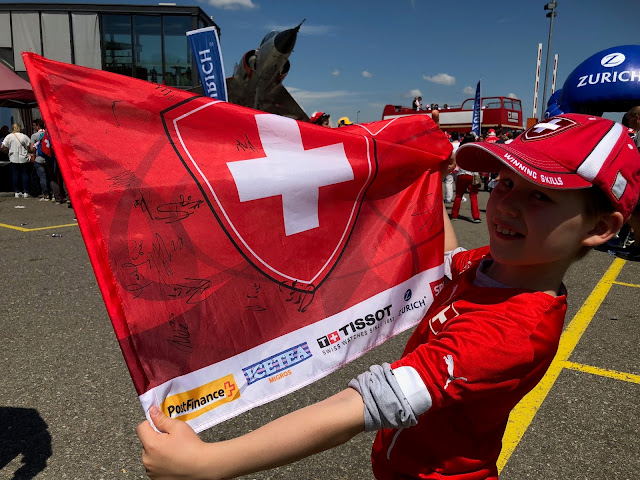 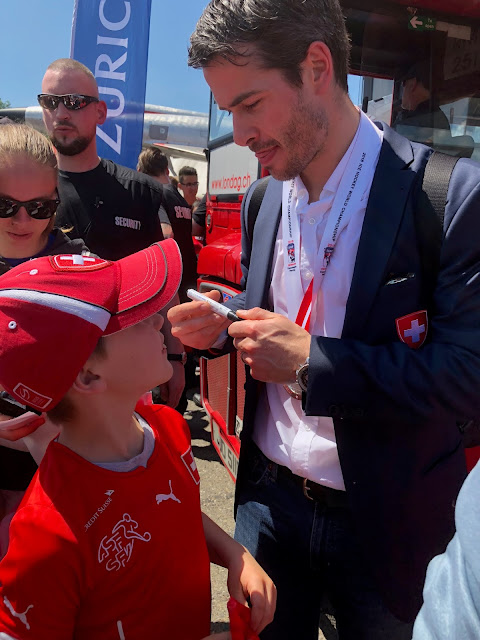 It was great to be part of this historic moment, and I am pretty sure they appreciated the support and love they got, even though they were probably ready for a shower and a nap!
2018 Andrighetto copenhagen Corvi Diaz Fiala Genoni ice hockey world championship IIHF Josi Meier Moser Müller Niederreiter Runway 34 Scherwey silver medal swiss team