moustache ~ cows ~ hay ~ boots ~ barn
They were submitted by: On the Border  - Thank you, Diane!

David has recovered from his surgery and got to fly home last month. Marietta gave birth to a sweet little baby girl called Stella. Caroline and I discussed fun vs stress during the Holidays.

I have no idea what this meeting is about, he was very secretive and a bit awkward on the phone.

Joël is a neurofeedback researcher, obviously very intelligent and on the introvert side personality-wise. He works in Zurich but since I'm in Zug today (Colin's hockey practice is when I usually have 90 - 120 minutes to spare) he hopped on a train. That's how badly he needs my advice?

"Thank you for meeting me". He carefully places his notebook backpack on the leather bench, and peels off his hat, scarf and jackets. It's November, temperatures have dropped a bit around here.

"How are you doing, what's new and exciting?" I try to be breezy and straight forward.

He's not taking the bait and makes small talk until we order and get our burgers. 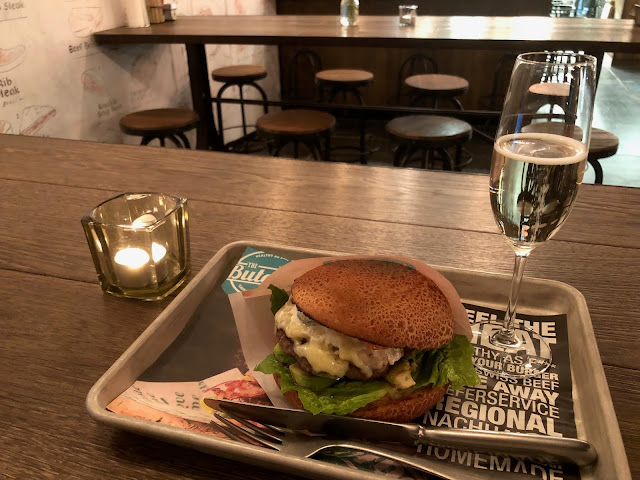 We need to speed this up... Is it rude to cut to the chase now?

Finally he spills the beans. He has a question for me.

"My friend from work wants to pop the question. He has been with his girlfriend for five years, and he thinks it's time."

I see. That's a legit reason ;-)
And where do I come in, do they want an engagement party?
(Please don't ask me to coach him on how to actually ask his girlfriend to marry him..!)

"You are so creative, I thought you'd have an extravagant idea! I mean, other than taking her out to dinner!?"

I see. Is your friend the extravagant type? What is his girlfriend like? Are they outdoorsy, adventurous or more reserved? I mean you don't want to embarrass her by hiring a plane circling over the football stadium with a banner attached that says marry me, Heather, know what I mean?

"You're right. I have never met her. I wouldn't know. what should we do? My friend is willing to pay for your services, he wants to make this extra special for her, but he needs help in the romance department."

This is actually sweet.

Makes me wonder how long hubby has been planning his proposal. Or was it a spur of the moment thing?

As if Joël had read my mind he blurts out "what did your husband do back then - if you don't mind telling me? I sure feel like I screwed the whole engagement thing up for Nicole." He blushes.

We were on vacation, you know, our favorite kind: road trip in the Southwest. It was my first time at the Grand Canyon, and we stayed at the South Rim, Tusayan. 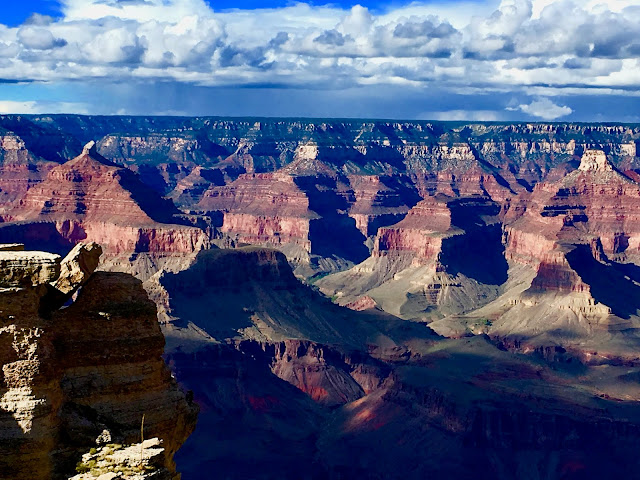 The village has developed since, but back then there were only a handful of hotels, same amount of restaurants, an IMAX theater and a gas station / general store. 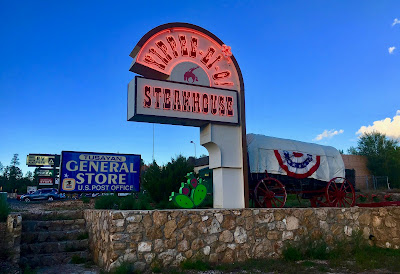 The restaurant we chose - mainly because of its name, haha, and because it was just across the street from our accommodation, was Yippee-ei-o! (It didn't have a website back then and still doesn't today. the link takes you to the Tripadvisor article.) 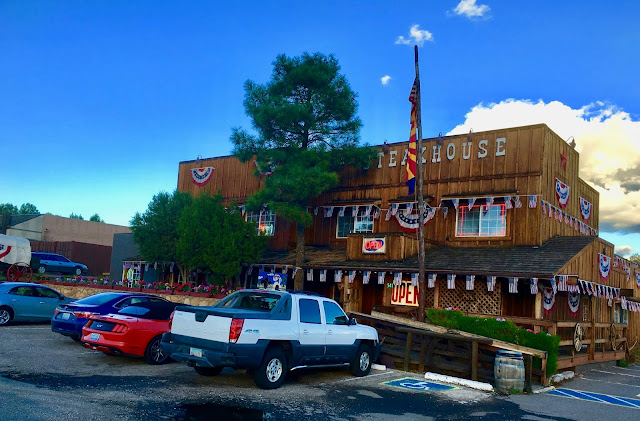 Anyway, they made the interior entirely cowboy themed:

While one section of the restaurant was moderately decorated, the rest of the establishment looked more like it was a barn. Prairie schooner cart wheels, saddles, horse tacks, cowboy boots, everywhere!

Some chairs have been replaced by bundles of hay, tablecloths were in a cowskin pattern, it certainly made a tourist's dream of the Wild West come true ;-) 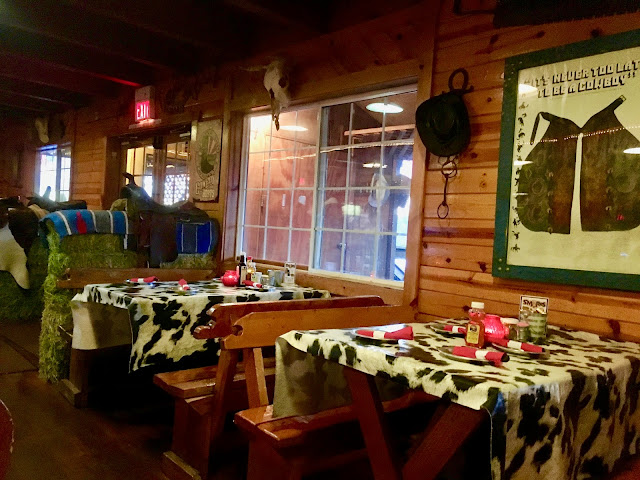 Waiters were wearing cowboy hats, bandanas, western shirts, denim jeans, leather boots, the whole nine yards. Some of the guys had a moustache - well, maybe they didn't, but I had to use the word ;-)

The menu didn't disappoint either. If a regular steak wasn't gonna cut it for you, why not going for a sunset steak? Authentic rattlesnake served with with salsa and stuffed jalapeño peppers?

I remember ordering a glass of champagne, and before I knew it we clinked glasses, and my boyfriend went "well, that's certainly a great place - honey, do you want to marry me?"

I was kinda shocked. His hands were trembling, and so I held them and said yes. That's about how it went down 15 years ago. Wow.

We have been back as a married couple some years later, and in 2016 we took Colin to show him where we got engaged. 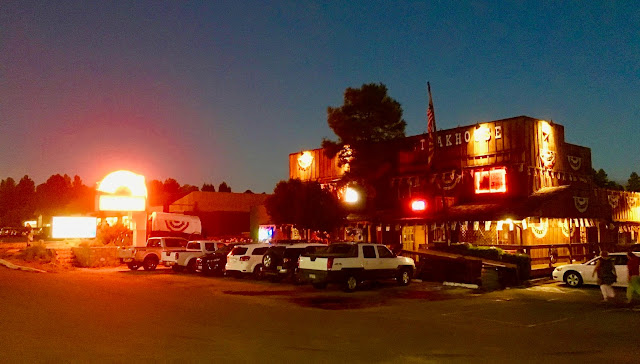 Your turn now - what is your story?