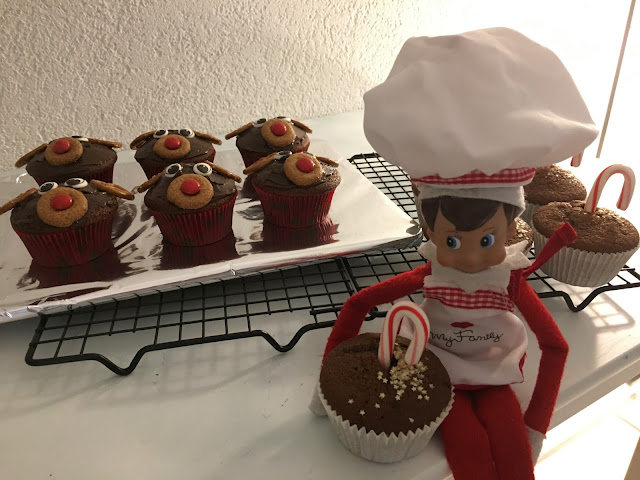 Welcome back to another installment of Blog with Friends! Today's theme is "Jolly", and I thought I'd bring you 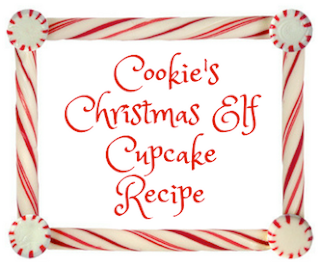 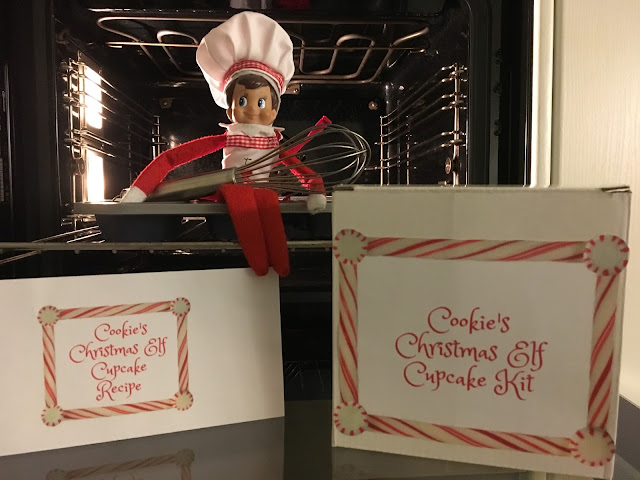 I discovered the idea of planting mints in "snow" (oatmeal) and sprinkle it some glitter, so over night there would magically grow candy canes, and I was intrigued. however, I don't like oatmeal, plus I thought it's a pity to use food and then throw it away. So at first I was going to use Oreo crumbs instead of otameal and just call it what it is, "earth", and sprinkle it with edible glitter, and voilà!

But hey, why not making it a real cake? Brownies? Individual cupcakes,...?

But let's not get ahead. This is what the unboxing revealed... 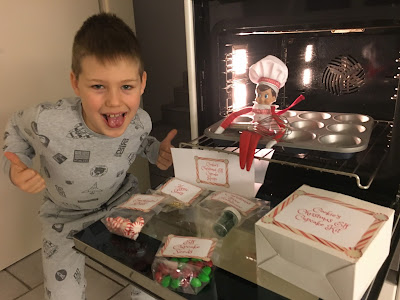 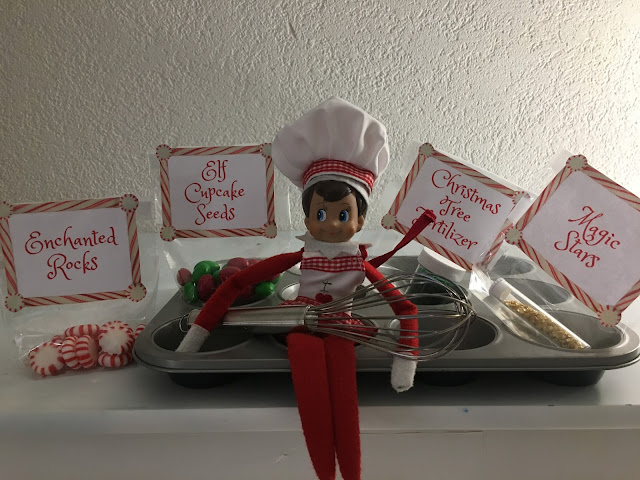 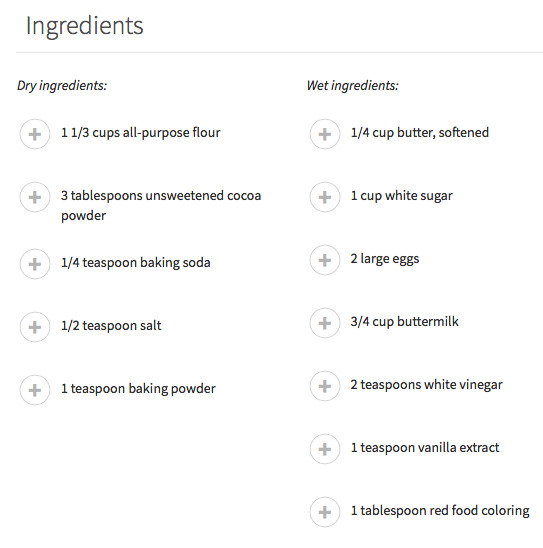 To make these cupcakes magical and christmassy you'll need the following, additional ingredients:

Directions
I did steps 1 - 6 while Colin was taking his shower, then he did the most important part of the job and planted the special ingredients: 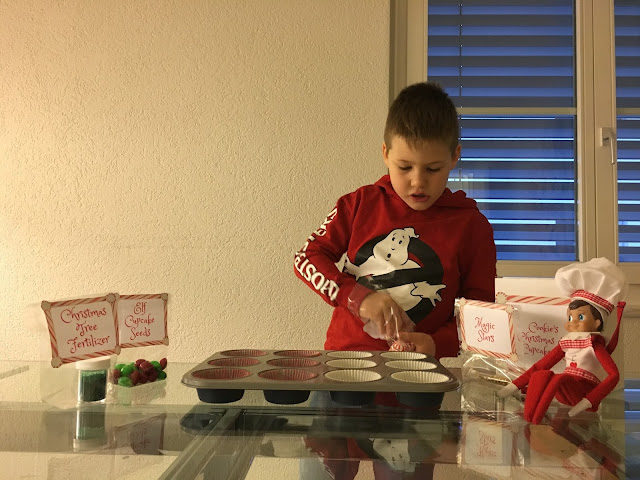 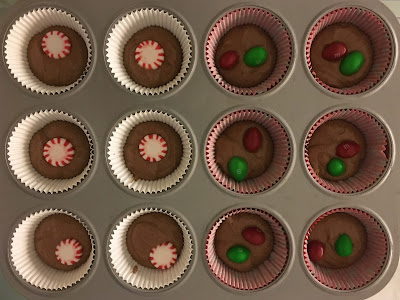 After step 8, Colin went ahead and sprinkled the batter with Christmas Tree Fertilizer and Magic Stars: 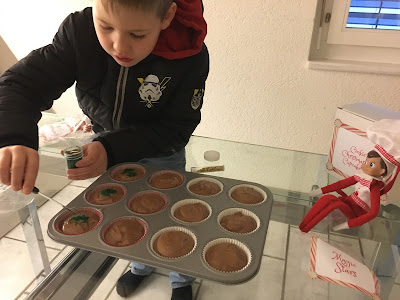 As you can see, time was getting tight, so he was already in his jacket, almost ready to leave. All done, in the oven / to school you go! 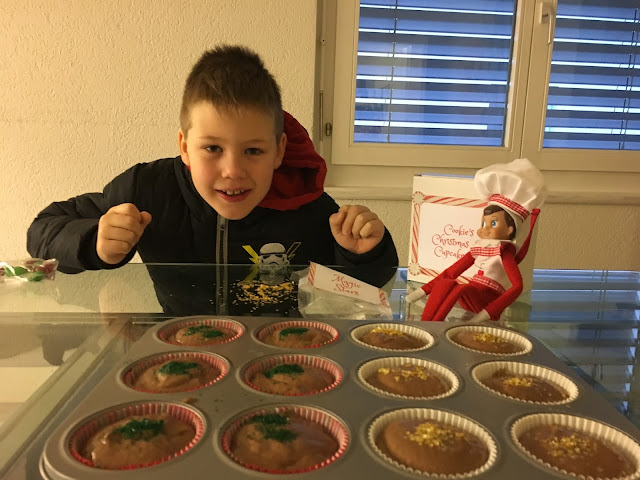 After baking, I inserted this cone thingie to make room for the Candy Canes that were  going to grow from the mints: 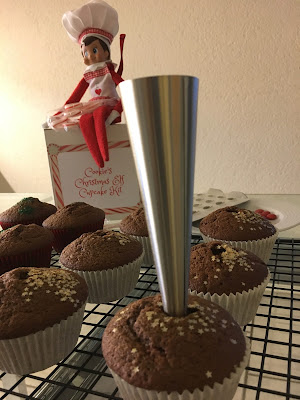 Look how adorable they turned out! 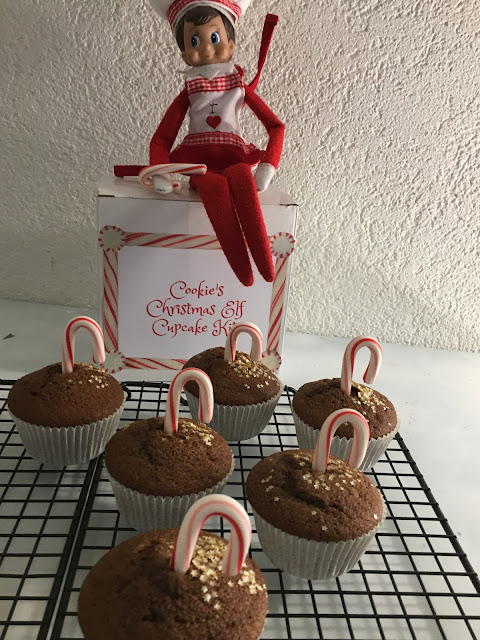 The other cupcakes (the ones containing M&Ms) were frosted with chocolate /hazelnut spread and decorated as reindeer: 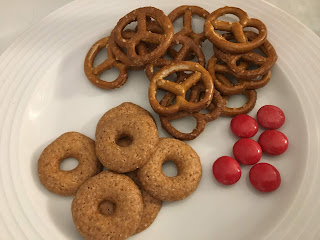 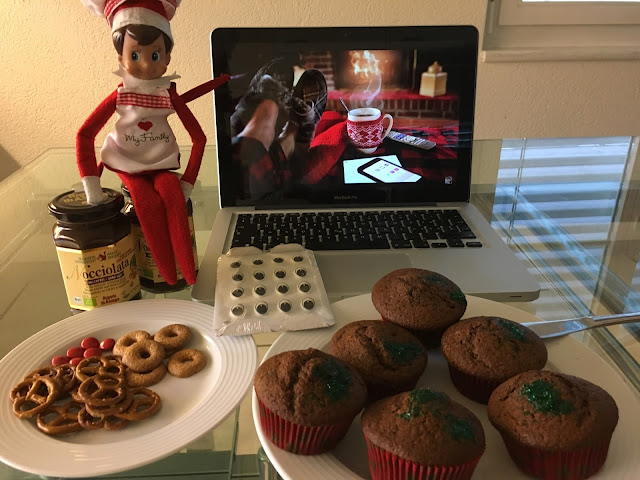 Frost with chocolate / hazelnut spread. Not Nutella. I quit Nutella for two reasons: a) the amount of sugar it contains and b) the fact they use palm oil to make it. Instead I make my own or purchase some pricey certifiably ecologically sustainable version. 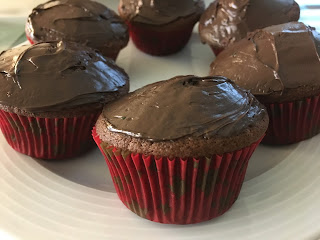 "Glue" on cookies, M&Ms, pretzels and eyes. If the frosting isn't sticky enough, you may add some royal icing, but if you're not going to transport them by bicycle (like I did, ugggh) it won't be necessary. 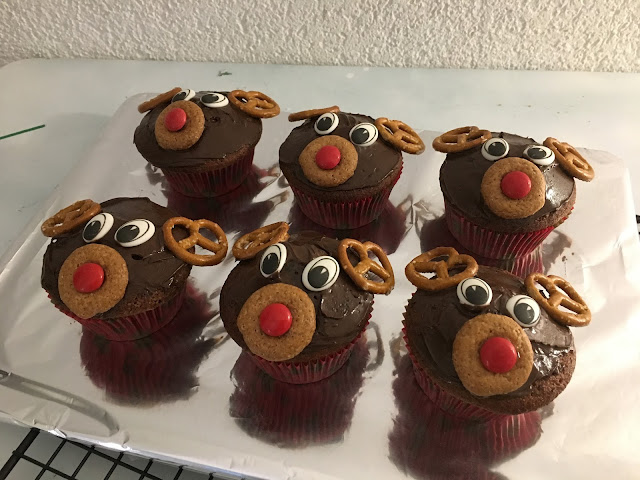 Now off to the other jolly projects my blogging friends came up with: 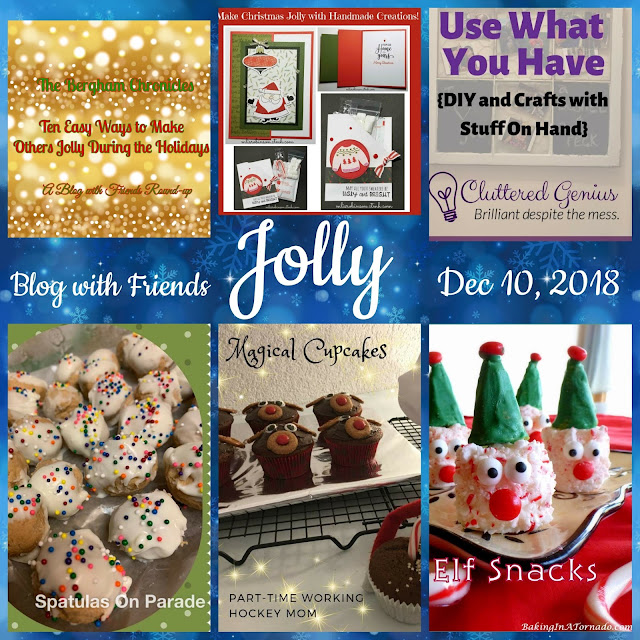 Karen of Baking In A Tornado has what looks like a related fun project: a festive no-bake but fully edible addition to your holiday dessert table: Elf Snacks
Dawn of Spatulas On Parade is not throwing on the oven today either! Instead she has come up with some No Bake Goodies for those busy holiday season when you want to give/take something homemade to a party, the office, friends and family.
Tamara of Part-time working Hockey Mom - that's me - presents a Magical Cupcake recipe that uses ingredients like enchanted Rocks, Elf Cupcake Seeds, Christmas Tree Fertilizer and Magic Stars.

Lydia of Cluttered Genius shows you how to do crafts and decor with stuff you already have!
Melissa of My Heartfelt Sentiments makes Christmas jolly with Handmade Creations.
Jules of The Bergham Chronicles put togehter a list of ideas of ways to spread happiness this month.