Under Arrest - C is for Cold Case

Welcome back to A - Z! We're talking about Cold Cases today.

"Your case has gone cold, we have exhausted every lead, there's just nothing more we can do."

Those are the words no victim's family wants to hear.

The definition of a cold case is "a criminal investigation that has not been solved after a considerable amount of time, but remains on the books and may be reopened when new evidence appears."

Some law enforcement agencies have Cold Case Units, they often consist in a few fine retired experts  - but there's only so much a handful of guys can do. Also they have to prioritize cases with the most favorable evidence (witness cooperation, DNA, physical evidence, actual suspects.)

Project cold case is a non profit organization dedicating itself to publicizing all unsolved homicides in the U.S. by gathering information, linking families and law enforcement, ultimately trying to help solve cold cases.

Many of the cold cases go back to times when DNA technology wasn't as progressed as today. However, most criminals are repeat offenders, and sooner or later, their DNA gets into the system - only this time their swab sample may match a profile that had been done many years ago, and that's how a cold case suddenly gets red hot, and every now and then persistent investigators get a break.

It was Good Friday in 1988 when April Tinsley, an eight year old girl walked a few blocks to a friend's house in Fort Wayne, Indiana. When she wasn't home for dinner, her family got worried and went out there to look for her. Police was called.


72 hours later her body was found by a jogger on the side of a highway. The little girl had been sexually assaulted and suffocated.

As it turned out a witness saw a blue pickup truck pulling up, and the person who observed that the girl actually got into the vehicle, described the driver.
A composite sketch was released to the public, and tips started to come in.


Law enforcement followed leads by checking out known gang members and sex offenders, but then the case went cold. 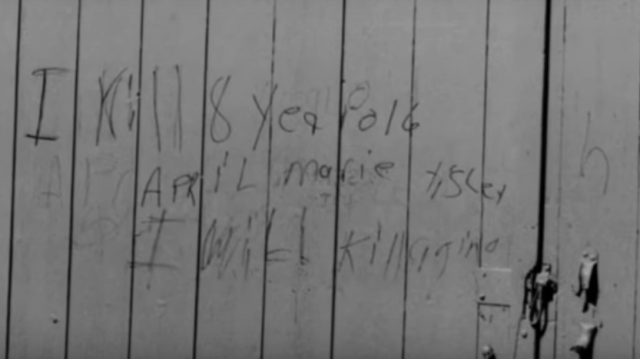 It said “I killed April Marie Tinsley,  I will kill again.”

The person also asked “did you find the other shoe?"

He was referring to the purple sneaker that he threw out of his car window down the road. This was a fact police had never shared with the public, so it was clear that the actual killer had wrote this.

They found the crayons but no fingerprints.

The bad spelling and grammar brought up the question if the perpetrator was  developmentally disabled or just messing with police?

Three young girls received a note saying “Hi Honey, I been watching you, I’m the person who killed April, I’ll do the same thing to you. I have a present for you.” 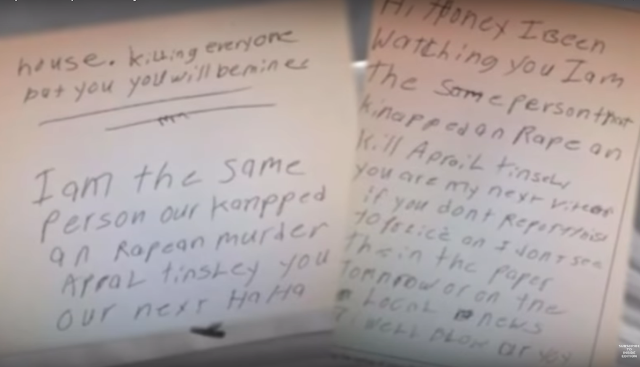 The gift was a used condom. What a jerk, literally - however: Hooray, DNA!!!

It didn’t match anybody that was in law enforcement’s databases, though.

A fourth letter talked in detail about how he was going to sexually assault his next victim, and it even included dick pics – Polaroids, remember, it was the 90s.

The disturbing information was shared with the public, and a young man  came forward and accused his own father, because he had been molested him as a kid. His Dad owned a Polaroid camera and a blue pickup truck that he later painted in a different color.

The suspect denied everything.
He claimed to have worked on that day. His employer said not true, he was only back at work April 5th. He also claimed to have sold the truck to his neighbor, and the neighbor painted it.

DNA confirmed it was not him!!!

In June 2015 they asked the Virginia-based company Parabon to come up with a "Snapshot" composite sketch of the suspect based on information from his DNA. So at least they knew they were looking for a white male with brown hair and eyes. 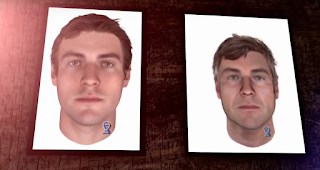 Police released an updated version of this sketch in early May 2016 - and this is actually a pretty good image considering what the guy who was ultimately gonna get caught looked like! 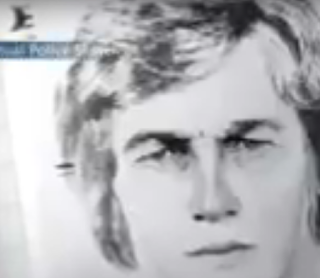 Police was unable to match the killer's DNA until May 2018.

That's when Parabon NanoLabs used public genealogy data from GED Match (where people like you and me would send their DNA in order to find relatives, biological parents, etc.)  to narrow the killer's DNA to two sources - not until 500 suspects were unsuccessfully tested, though.

The two possible suspects were John D. Miller and his brother.

Detectives began staking out Miller's trailer home in Grabill, IN, and found DNA in Miller's trash that ended up matching April's killer's DNA! When police arrested him they asked "do you know what we're here for?" and he immediately said "April Tinsely", so at least he was ready to confess.

John D. Miller was sentenced to 80 years in prison.

Gary Grant, one of the now retired detectives, had kept April’s picture on his desk all the years he was working the case – not sure if it’d ever been solved. "t'll come down now" he said after the trial.

So, finally, 30 years after April's murder, the case is closed, and her family got closure - if you can call it that. There is a memorial garden in her old neighborhood where people would gather every year in early April in April's honor.


Thank you for reading. Hope to see you again tomorrow!