Under Arrest - H is for Hung Jury

Welcome back to the criminal A-Z!

Today I'm talking about hung juries. What's this, do jury members hang themselves? Only half kidding. They have a tough job deciding on somebody's destiny.

When a jury is hung the situation is that they are not coming to an unanimous verdict, even after lengthy deliberation.

For example ten jurors find the defendant guilty, but two say hold on, we don't like the defendant any more than you do, but we have to uphold a high standard of the law, and the prosecution didn't really prove all that much!

As a result the judge will declare a mistrial, and the jury members are dismissed.

There will be a new date for a new trial with new jurors.

This is what happened in Jodi Arial's case.

In case you don't remember her, she's the formerly blonde girl who premeditated murdering her on/off boyfriend Travis Alexander in pretty smart way:

With "smart" I mean she made sure the gun that was registered to her was reported stolen. She didn't want her own car  to be recognized at Alexander's place, so she rented one, and she brought the gas can to avoid being recorded on gas station security cameras as she drove to Mesa.

Now I'm not good at math, but whatever rental car she had, five extra gallons of gas weren't nearly enough to take her from Redding, CA to Mesa, CA to Salt Lake City, UT and back to Redding, CA without having to stop at a gas station?

Well, not my problem. 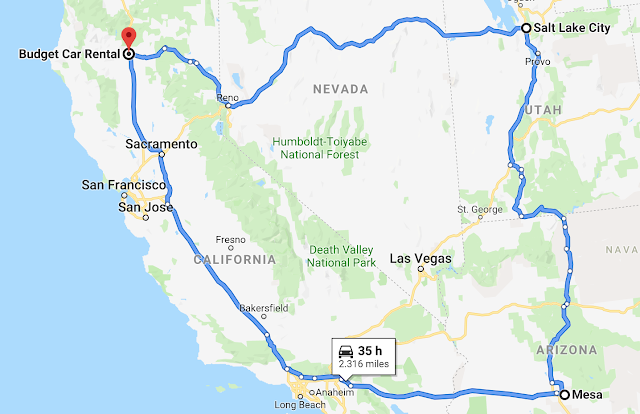 Jodi Arias was found guilty of first degree murder in the death of former boyfriend Travis Alexander, but the jury hung on the penalty phase, life in prison or death sentence.

Here's a detailed timeline:
Jodi was brought to Arizona State Prison Complex Perryville which is one of 13 prison facilities operated by the Arizona Department of Corrections in Goodyear, AZ.
She lives at Lumley Unit which houses the female death row. The average cost of housing an inmate in Arizona is $25,397. Now Jodi is no average inmate because she is in a maximum security unit, so her costs are higher, but for the sake of it, let's go with the 25k.
She was arrested in 2008 and started her sentence in 2015. Let's assume her life expectancy is 80 years so she'll die in 2060, meaning the State of Arizona will have paid roughly 1.3 million dollars for her imprisonment and the 3 million for her trial.
4.3 million! For one crazy bitch!
It takes 5,400 people in the Congo (or 73 Americans) working for an entire year to make that kind of money!

I'm just thinking about the constructive things they could do with that amount let's say spend it for the education system, childcare, veterans, senior citizens, cancer research or the homeless!
She's also a stupid bitch. If Travis didn't want to marry her, she could have moved on like the rest of us!
She liked to travel, she could have explored the world. Instead she went batshit crazy, slashed his tires, hacked into his and his female friends' Facebook accounts, ended up slaughtering him, and now she's staring at prison walls.

I wonder if she is doing all the good things she promised to do if she was spared the death penalty: donating her hair to Locks of Love, raising funds for domestic violence victims, establishing prison recycling programs, teaching Spanish and doing illiteracy projects for her fellow inmates..?

I really hope she is. She also has a beautiful voice. She sang Dido and Christmas songs in the interrogation room:

It really makes you think. A pretty and talented young lady ruined her life with one colossal mistake.

Thank you for reading - hope to see you back tomorrow for the letter I.