K is always a bit of a stretch in the English language. My theme in 2018 was travel destinations, and I was talking about South Africa's Kruger National Park. Check out pictures of the Big Five! We met lion cubs, a gorgeous leopard, rhino, buffalo, elephants and many more!

Speaking of animals, this year's K is for K9, aka canines, the highly trained "sniffer dogs" that help law enforcement to find missing persons, dead or alive - or drugs and bombs for that matter.

How does it work?


Detection dogs that are trained for police purposes typically smell microscopic particles (referred to as raft particles) which are shed by the human body at a rate of 40,000 per minute.  They reside where they fall for a while, and about 50% stay airborne.  Eventually they decay and the canine’s olfactory abilities can detect their scent.  The trained nose can track a scent footprint to footprint, by following the highest concentration of ground particles, or through air scenting.

I was talking about Scott Peterson's case last week. Four types of dogs were used in the investigation to find his missing wife Laci:
There are different kind of police dogs in terms of breeds:


What I like about the concept of using dogs is that they don't have an agenda, and they're not being paid by either party. The dogs are excited about a search and will get their treat for a job well done!

Before I leave, I'd like to talk about another K-word: Karma!

What does Karma have to do with my A-Z about all things criminal? It's simple, actually:

Karma is the result of a person's actions as well as the actions themselves. It is a term about the cycle of cause and effect. According to the theory of Karma, what happens to a person, happens because they caused it with their actions. 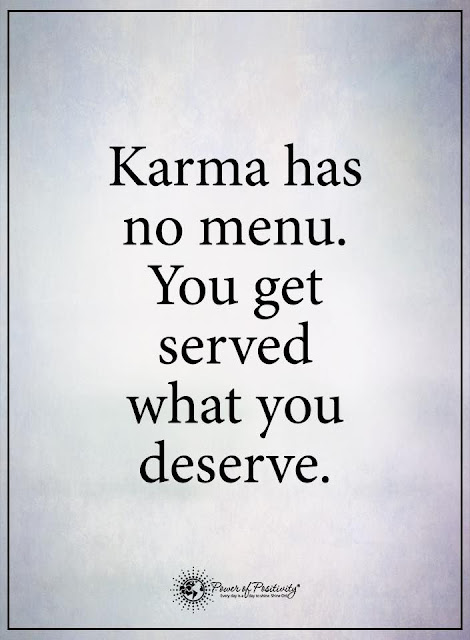 There you have it: if you kill people, you'll get caught and put in prison where you'll rot for the rest of your life.

Sometimes it takes decades, and it's frustrating for law enforcement and the victims' families, but the day you hear the guilty verdict, you feel some kind of achievement, maybe even justice. Of course this won't bring back the loved one you've lost.

Do you believe in Karma? Did you have a specific incident where you thought it worked out perfectly? Let me know below and be sure to be back tomorrow for the letter L!