May 31, 2019
Welcome back to another episode of A'lil Hoohaa's monthly photo blog challenge. This month, PJ, our host, picked "Your Month - Your Choice" for us to interpret.

To celebrate our 25 years' corporate anniversary, we spent a weekend in Copenhagen, Denmark, this month. Let me take you on that trip.

Arrival at Copenhagen Kastrup Airport. It's the oldest European international airport, but I'm pretty sure it's been renovated: Dinner at the Harbour Restaurant. Our waiter's day job may be to serve people food, but in reality he's an aspiring comedian, and he practiced his skills on us. It started when we arrived. He pretended not to know about our reservation. Later he randomly said no to people who ordered a beer. Upon serving vodka martinis he called the guests Mr (or Mrs) Bond.

Of course when he presented us with the bill, we said no as well, hahahaha! 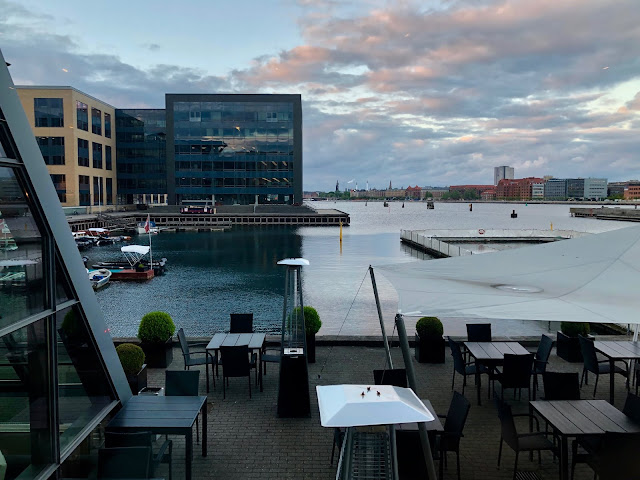 Look at my yummy dinner! This was actually the best food I had all weekend. The second night we went to an authentic Danish restaurant that came recommended by locals, and while it wasn't bad, most of us would not go back. 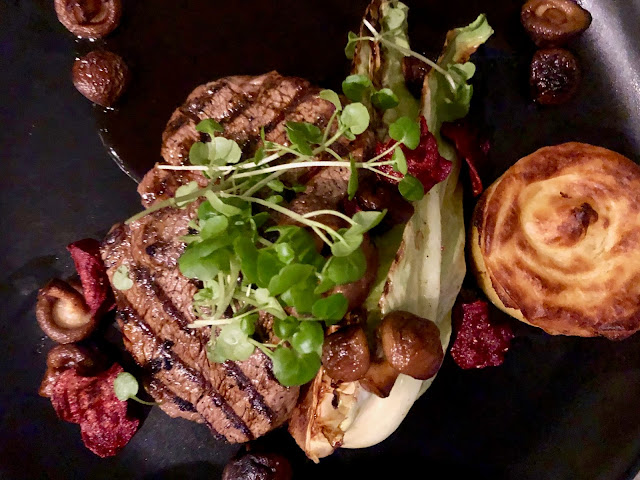 Our accommodation, Tivoli Hotel & Congress Center is located a 30 minutes' walk from the old town. Once we were in possession of our Hop On / Hop Off tickets things got better: there was a bus stop right in front of our hotel! I was incredibly happy with our choice: for the equivalent of USD 15, we were allowed to use all three bus tours plus boats during 48 hours!

Best feature of our hotel was the Sushi Skybar with panoramic view from the 12th floor. 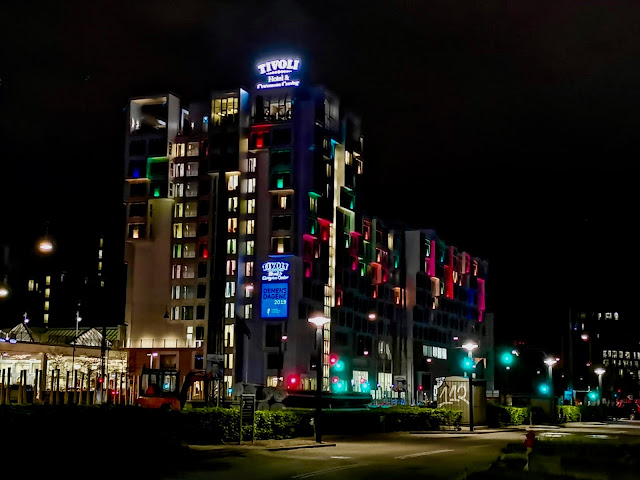 The Strøget, Copenhagen's car free shopping mile. Can you believe I did not buy a thing? 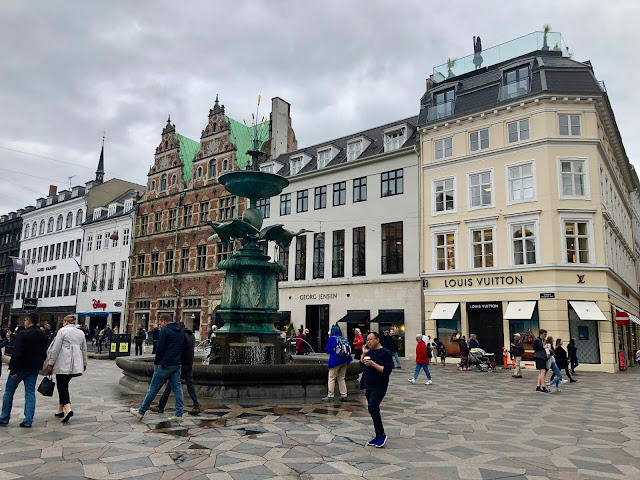 If you have ever seen touristic pictures of Copenhagen, this is probably what you have in mind: Nyhavn. It translates as new harbour, but in fact it's more than 300 years old. So pretty!

Hans Christian Andersen, the famous fairy tales author, used to live in one of these colourful houses on the opposite site of the canal. His name popped up quite often, I think Danish people are slightly obsessed with their national hero. There's even a limited edition LEGO creation featuring him! 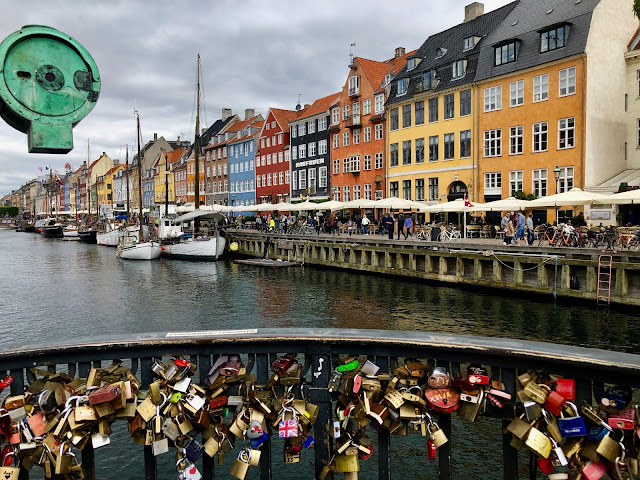 I know I'm overrunning here, but I can't publish a post about Copenhagen without the most popular landmark, den lille Havfrue, the little Mermaid. She is based on a story written by guess who - right, Mr Andersen above.

Yes, she's shorter than you think - probably she's a cousin of Oscar's ;-) And yes, it's super crowded. I caught her the one millisecond people were not pushing and shoving to take a selfie, plus I edited out the one obnoxious person who just wouldn't leave. 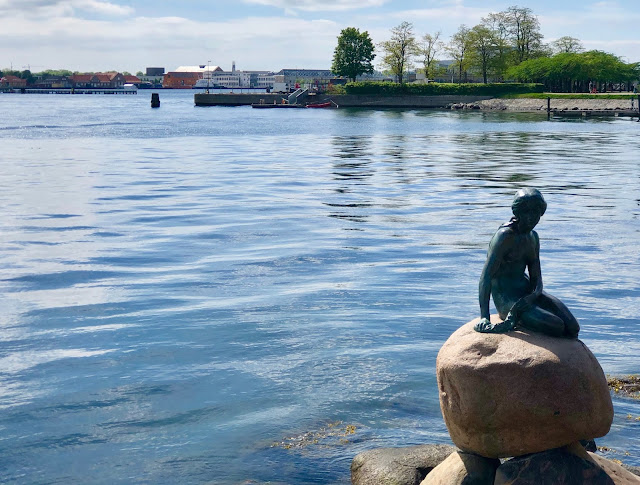 As I was saying it was a company trip. Every current employee was invited and brought their significant other and kids. In total we were 17 people, and we managed to meet for dinner both nights. During the day people went exploring in smaller groups, and we stayed connected via WhatsApp group chat.

It was interesting to see what the others were up to throughout the day. Unfortunately for some, the Carlsberg Beer Museum was closed for renovations. There was still a lot to see and do. Some went to town by Segway, visited the market or the botanical garden, others checked out Ripley's believe it or not and posed next to Robert Wadlow, the tallest man. He measures 8 feet, 11 inches - more than twice the size of the little Mermaid (4 feet, 1 inch)

The chat got especially busy during lunch time. You wouldn't believe the smørrebrød, hotdog and other food pictures popping up! For some reason my coworkers kept sending me private messages as they came across a Starbucks store. Why would they do that? I never even stopped for coffee myself!!!

Those were my five seven, I hope you enjoyed them. For more posts head over to A 'lil Hoohaa's blog and check out the other contributions.