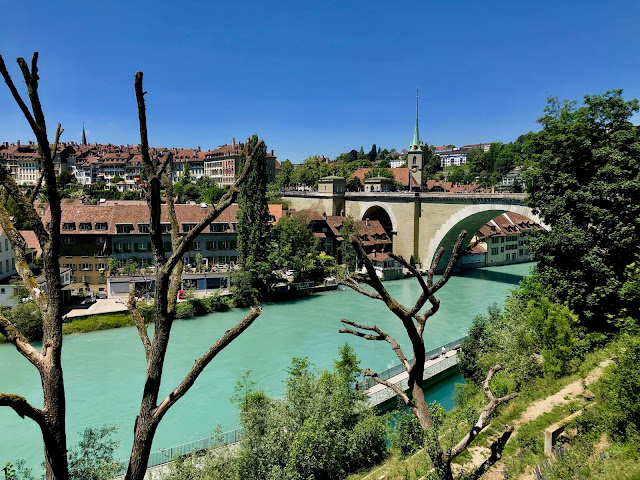 First off, here are three myths about Switzerland:
Today's post is clearing up these common misconceptions:

While both are in Europe, Sweden is a Scandinavian country, it's where IKEA, Greta Thunberg, ABBA, Pippi Longstocking and hockey world champions are from. 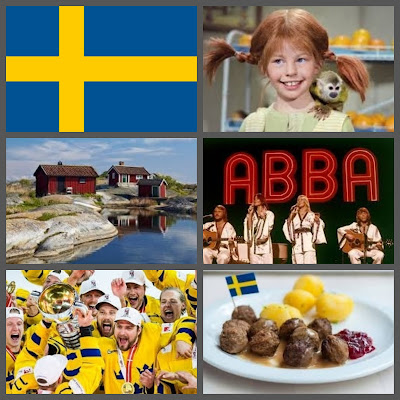 Switzerland is the little neutral country that is famous for its cows, chocolate (read more about it tomorrow), cheese, banks and watches. Our poster child is Roger Federer. 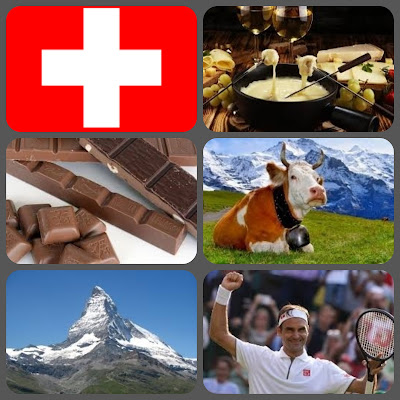 While Zurich is much larger and busier, Bern is actually our capital. (435k vs 145k citizens). Cute, eh?

Switzerland's total population is 8.5 million, and 567 people live on one square mile. Compared to 93 in the U.S. that's pretty dense, and it explains why it is so hard to confine this @#$%^& virus.

Our government is constituted by a seven-member executive council, called Bundesrat (Federal Council). It serves as the collective head of state, and while the entire Federal Council is responsible for leading our country, each councillor leads one of the seven federal departments: 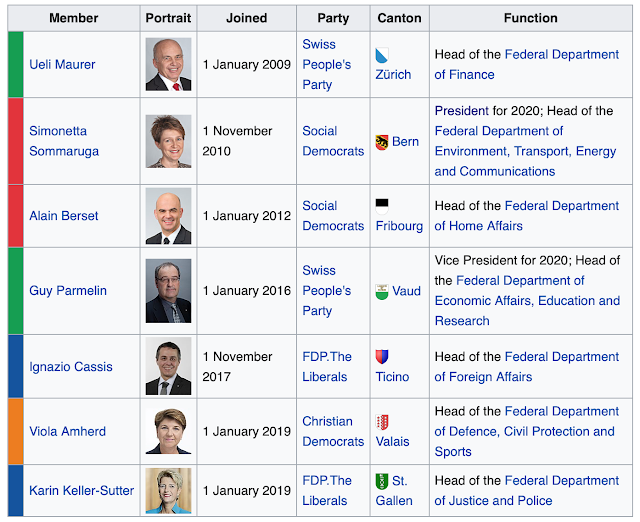 The position of the President of the Swiss Confederation rotates among the seven councillors on a yearly basis.

In Swiss politics, the Zauberformel (magic formula) describes a long-standing concordance system dividing the seven executive seats of the Federal Council between the  four ruling parties. The current formula is:
Which typically tends to result in conservative decisions, big surprise ;-)


Looking at other countries' presidents I am pretty happy about our own situation, though.

They have been forced to navigate through unknown territory these past weeks, and they're doing a good job.

Let's have a non-political look at our Bundeshauptstadt, our capital, Bern. The well-preserved Old Town of Bern was entered onto UNESCO's listing of World Heritage Sites. 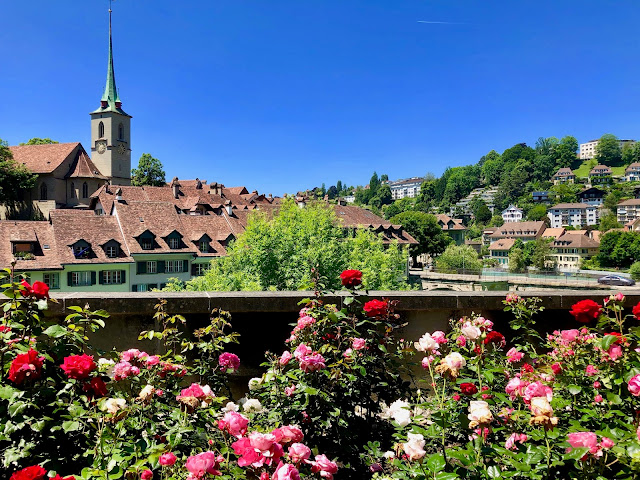 Bern’s mascot is the bear, and therefore Bern has a bear park.

When I was a kid it used to be a bear pit. The bears would walk around in circles on concrete floor, and visitors would throw down carrots and other treats.

About ten years ago they built today's bear park, comprising the entire land between the former pit and the Aare (the river flowing through the city of Bern).

Now the bears are roaming through grass, bushes and forest, which is great for them, certainly more animal friendly. 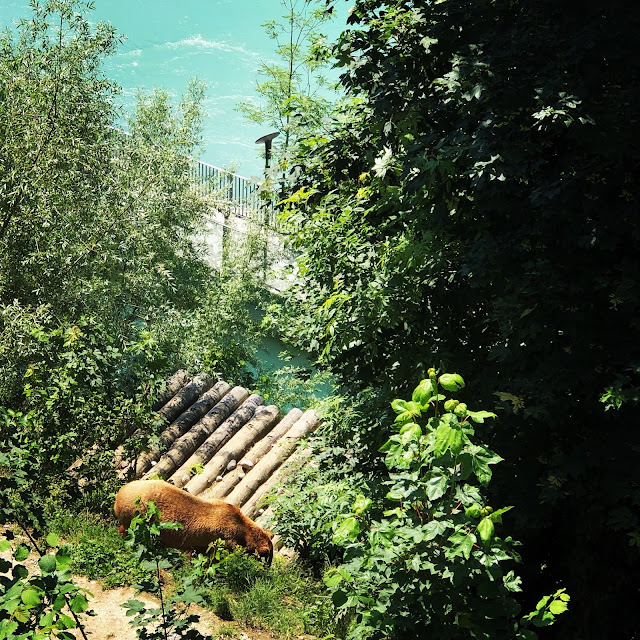 Moving on let's take the bus back to the city and get out at Zytglogge, the medieval clock tower that represents the most iconic landmark. It’s a good thing that apart from public busses it’s pedestrians only, so the bunches of tourists don’t have to worry about standing in the middle of the cobblestone street, taking pictures. 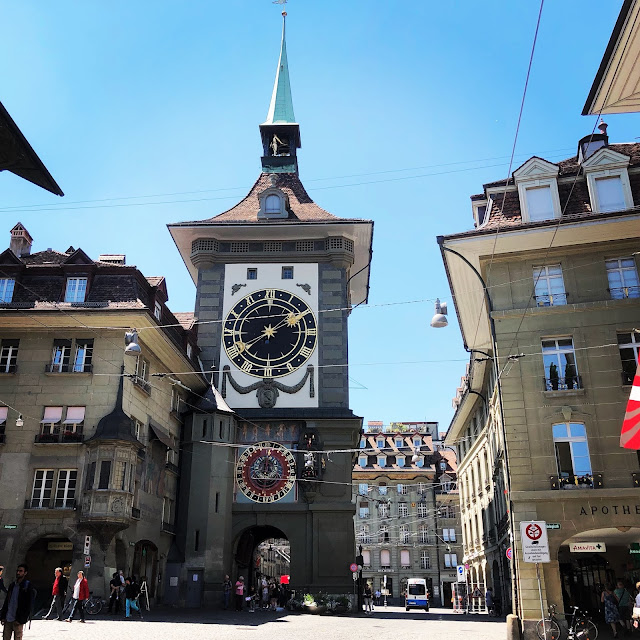 I'm pretty sure the Bundeshaus (house of parliament) can’t be far from here. There’s a recurring joke among Swiss people. We like to make fun of Bern being more like a small village than a big city, so if you ask “where is” (insert restaurant or shop you’re looking for) the answer will be “not far from the train station!”

And it’s kind of true. We could have even walked to the bears instead of taking the bus, it’s about 1.75 miles one way.

So this is where our country's destiny is being decided on. Well, that's not entirely true. As I was saying, the federal councils run their department, but since we're a democratic bunch, lots of important issues are voted on by the public. I'll talk about it the day after tomorrow. 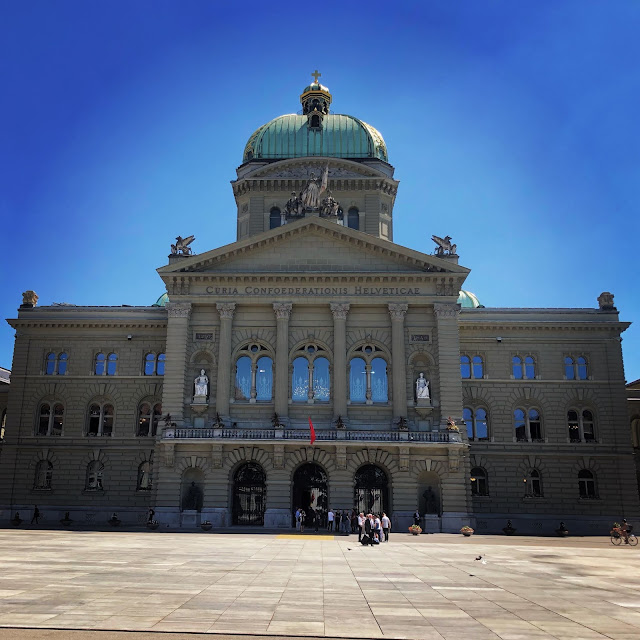 Approaching the city by train, I spotted some snow capped mountains in the distance, and if my memory served me right, you have to most awesome view from the Bundeshausterrasse, the capitol’s terrace. It’s public, you’re allowed to walk around as a visitor. No metal detectors, no security guys, That’s how safe we feel here in Switzerland.

And I was right. The photo doesn’t do justice to the actual view, but still. Pretty breathtaking, even for me, the native Swiss girl! 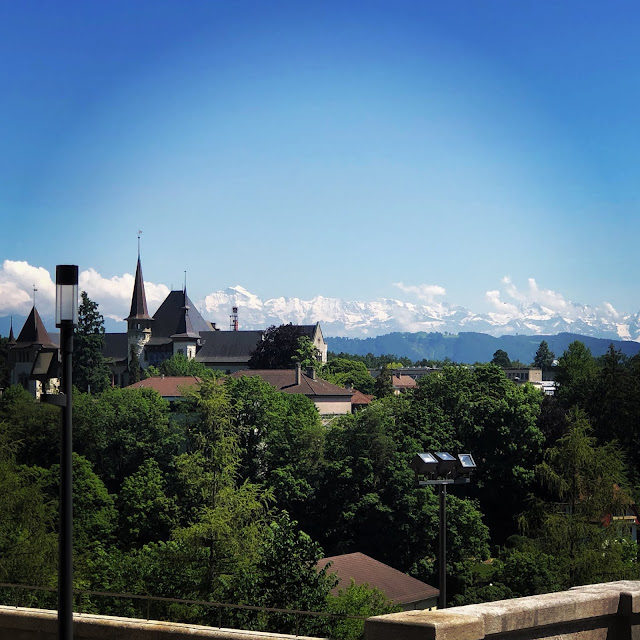 Next stop Chindlifrässerbrunne. What? Literal translation of this landmark: children eating fountain. There are different theories for this horrific name, none of which I like. Check 'em out for yourself. 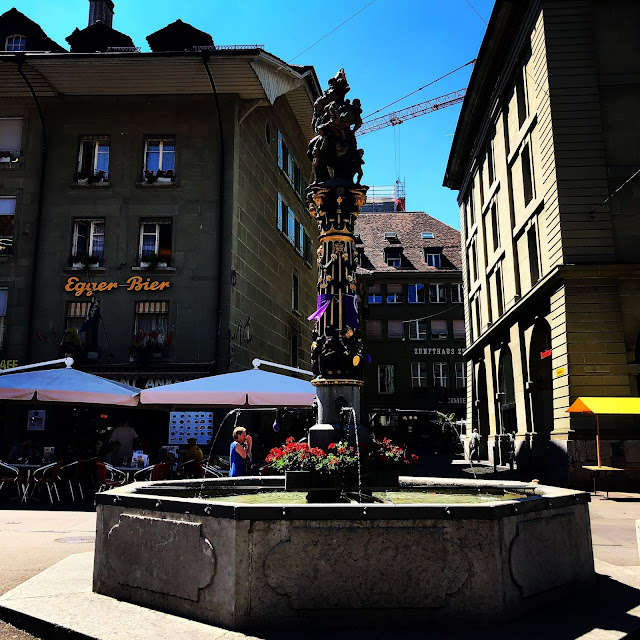 I hope you enjoyed strolling through Bern with me. Should you ever visit yourself, you'll be fine to find your way around the sights - after all everything is right next to the train station!

What is your capital? Anything spectacular to see or do there? Have you visited?

Will you be back tomorrow for C is for chocolate?