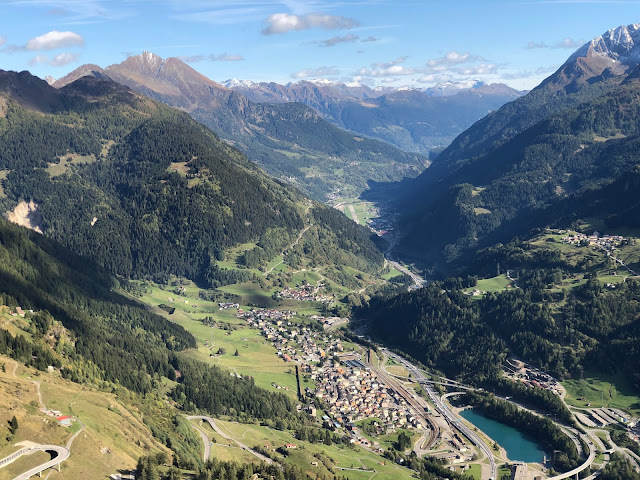 Welcome back to my Swiss themed A - Z Blogging Challenge. Today I say Grüezi to welcome you back.

Grüezi is the most commonly used formal greeting for any random person you cross path with. It is Swiss German for ich grüsse Sie, I greet you.

If you know their name you will say "Grüezi Herr Meier" (Greetings, Mr Meier)

Nodding at a passerby, smiling and saying Grüezi is considered polite and expected of you, at least in rural areas. If you do it in the big cities, people will ignore you. If the Umlaut is too hard to pronounce you may use guten Morgen (good morning) or guten Tag (good day).

Something else you need to know is in German (as well as French, Italian and our fourth language Rumantsch, I will talk about my country being quadrilingual when it's time for the letter Q) is the fact that we differ between two forms on how to address a person.

If you're friends or otherwise casual you will use "Du" and the first name. If it's your doctor, a teacher, a business person or any significantly older person you will call them "Sie" and "Herr" (Mr) or "Frau" (Mrs) last name until they tell you otherwise.

So much for courtesy rules.

Now on to the Gotthard, long name Saint-Gotthard Massif. It is a mountain range in the Swiss Alps, connecting four cantons, but more importantly leading from North to South, the German part to the Italian speaking part of Switzerland.

Gotthard is also the name of the tunnel that was being opened to the public in 1980. It is a stretch of 17km = 10.5 miles. One lane southbound, one lane northbound, you're only allowed to go 80km/h = 50 miles per hour.

No wonder there are massive traffic jams before and after every long weekend between spring and fall, the worst being Easter.

If you're among the inconvincible people who wants to escape a couple of rainy days in the city in favor of a fun time underneath Ticino palm trees, you will pay a hefty price by spending hours on the notoriously congested A2 freeway. Being stuck for up to 24km = 15 miles of traffic jam is no fun.

It's not just the Swiss who cause the traffic disruption at the Gotthard, mind you. Sun-seeking visitors from the Netherlands, Belgium and Germany take on the long and annoying journey through this bottleneck, and some don't even stop in Ticino - they proceed to Italy or France.

There is an alternative to using the tunnel - you can take the train which uses a different tunnel.

Or you traverse the mountain pass by car or motorbike. Like any alpine pass road it's pretty serpentine, so if you tend to get carsick, you may not want to do that.

Otherwise it's super scenic. We did it just last fall, it was gorgeous. 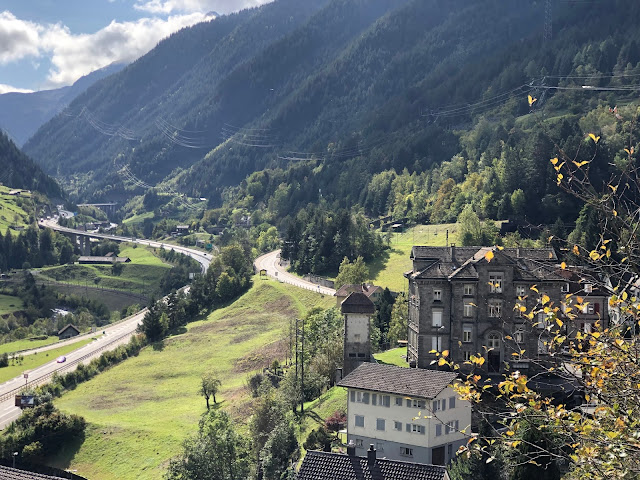 One popular photo stop still on the Northern side of the pass is the Schöllenen's gorge and devil's bridge. 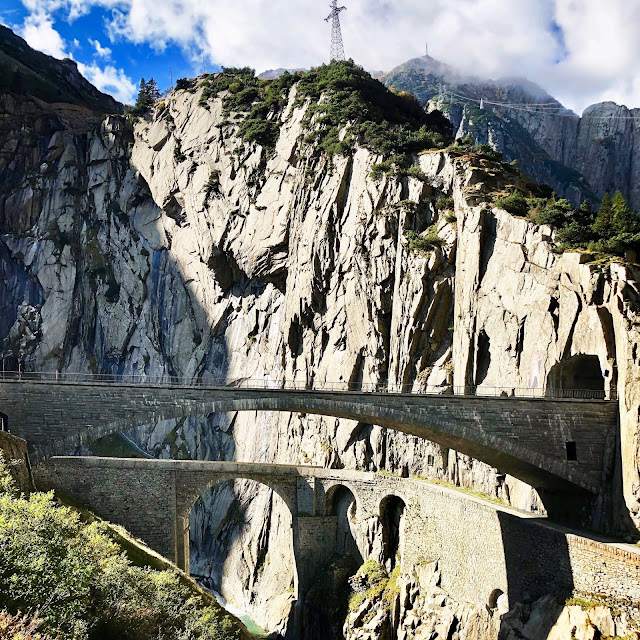 Legend has it that the devil built this bridge for the people in exchange for the first soul who will cross the new bridge. Read the entire story here. 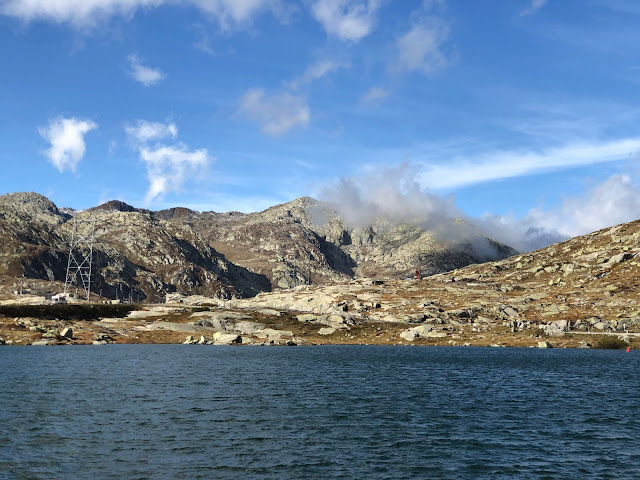 The Gotthard area is very history-charged. In 1799 Habsburg Austrians and Russians fought and won against the French. There are memorial sites you can visit.

During the world war the Gotthard massif had an important role for our army. A large portion of the mountain range is hollowed and used as bunkers. To my knowledge today's recruits still have to spend time there to learn how to survive without daylight.

Gotthard is also the name of a popular Swiss rock band. Steve Lee, the singer, tragically died in a motorbike accident outside Las Vegas in 2010.

Have you heard of Gotthard, the mountain or the music? Do you think you would want to traverse the mountain pass?

Let me know in the comments and please be back tomorrow. I'll be taking you to a Hofladen. Don't know what that is? Check back, you'll be surprised :-)