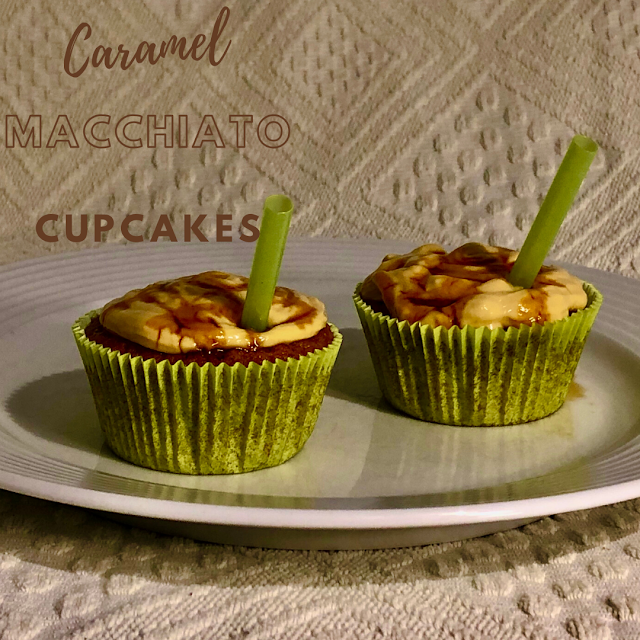 After two months of distant learning, Swiss kids went back to school this Monday.

It was bittersweet - for me.

I was looking out the kitchen window and saw all those kids walking or scootering by, chatting excitedly. Aww, I had missed that sight! The streets had been awfully quiet and empty without them.

I was happy for Colin who had missed his friends and was looking forward to finally seeing them again. 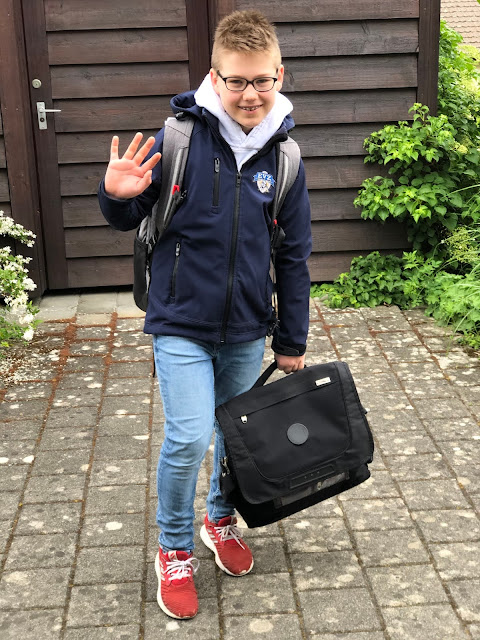 But I also couldn't help but thinking our authorities were sending our kids back to school like lambs to slaughter. The only restrictions our state issued for kids between 5 - 15 (no distinction whether a kid attends Kindergarten or Highschool) were: keep six feet away from the teacher, no handshake, no sharing of snacks. Meaning the entire class of 20 plus kids go back to their classroom and follow their usual schedule, including PE.

Other states at least organized a somewhat staggered procedure. Less hours, smaller groups, siblings of families are always in the same group (morning / afternoon) if possible.

Plus I was  sad because I had thouroghly enjoyed having him around, either at home or at the office. He did so well, attending Zoom class or working independently, without the distraction of some of his classmates. The lack of their questionable influence resulted in Colin being super balanced and cheerful, he was a joy to be around. 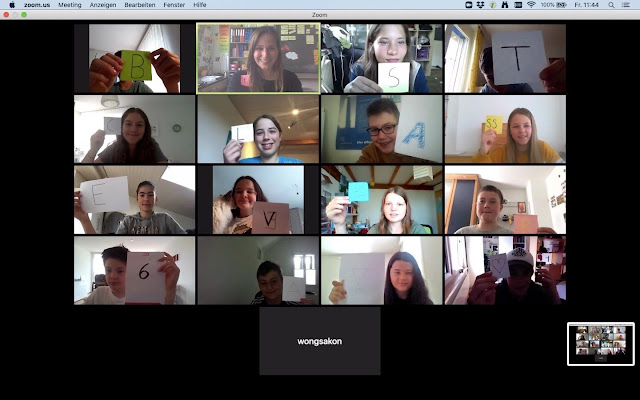 Anyway, there I was on Monday morning, sipping my coffee, scrolling through Facebook and boom, there it was: a fellow Mom's post who was wondering

Depending on the situation, some families had been sitting at home, four or five or more of them, all trying to find a quiet space to sit and do their video calls, get work done for their clients while their kids needed supervision, motivation, a snack,.. For some it was really stressful, and these people could not wait to send their kids back to school.

Among the ones who had some new-found me-time were those who thought it was a good idea to run to the shopping place of their choice.

Not only had the schools opened their doors again, all non-essential businesses were allowed to resume their activities as well.

Now don't get me wrong, my middle name is shop girl, I love a day at the mall, our economy needs a boost, and I understand some people were anxious to get some clothes and stuff, but come on!!!

I was so disgusted by the pictures that kept popping up. Human beings who had nothing better to do than to wait in line two hours before the doors were even opening?! 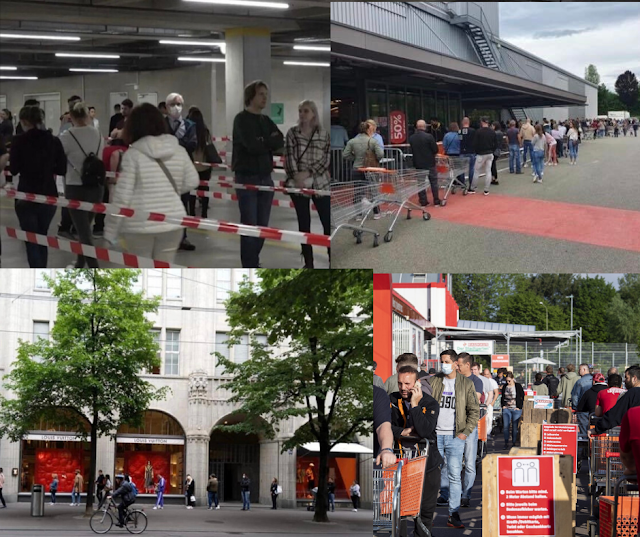 Not only do I think it's a sad mirror of our society, but it got me thinking: are these people so sure their jobs (and therefore their incomes) are safe? What were they even doing in the city or at the mall in broad daylight? Eiher they have a job, and then that's where they were supposed to be, even if work was at home, or they don't have a job, and then what the hell were they doing queuing in front of Louis Vuitton?

Again, I love purses, and there is one I would like (but it's not available), 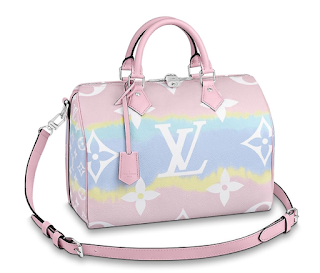 and to some it may be the reward for overcoming two months of isolation, but shouldn't they be careful not to throw out their money? They interviewed a couple of customers who were waiting. There was a young guy, and with young I mean 15 or 16. He needed a wallet, he said. A teenager needs a LV wallet? What? Why? And why isn't he at school?

Well, none of my business.

I stayed at home and worked on a project. I had seen some videos about microwave mug cakes, and I was somewhat intrigued, even though I wasn't sure how I felt about the ingredients (boxed cake mix, just add oil or soda), plus we don't have a microwave at home.

One thing led to another, and I thought, a cake in a mug is literally "coffee cake" and how about I try and make a Caramel Macchiato (hubby's favorite SBUX beverage) Cake for Father's Day?

Google didn't come up with anything I liked, so I put together a recipe that turned out surprisingly delicious:

Instructions:
I was delighted how tasty they turned out! If there hadn't been my imagination of the perfect caramel drizzle pattern my job would have been done! 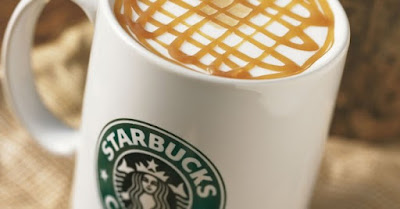 I am not great at making and piping frostings, but for the sake of it, I tried two different frostings:

Taste-wise I preferred the second (picture below), but if I do it again, I'll probably just enjoy without frosting. 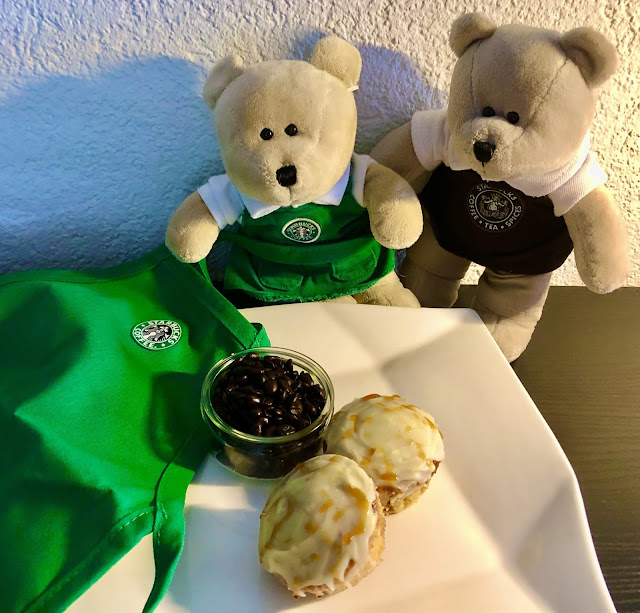 What do you think, would this be something you might enjoy? Let me know.