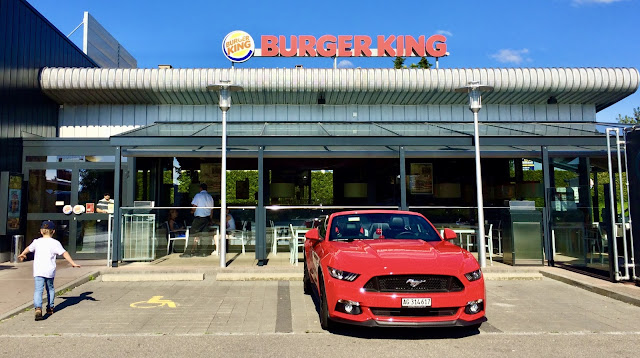 So we're on our summer break, and since traveling in the U.S. is out of question this year, we treated ourselves to a couple of American (style) fast food joint visits in Switzerland.

Some trips required a great deal of driving, while others could be combined with errands we had to run at the particular location.

Manito, an independent restaurant in the city of Baden (where I get my contact lenses) that places value on using only fresh ingredients sourced from local vendors. You get to build your own burger, and the smell from barbecueing the patties literally sucks passersby into the place! 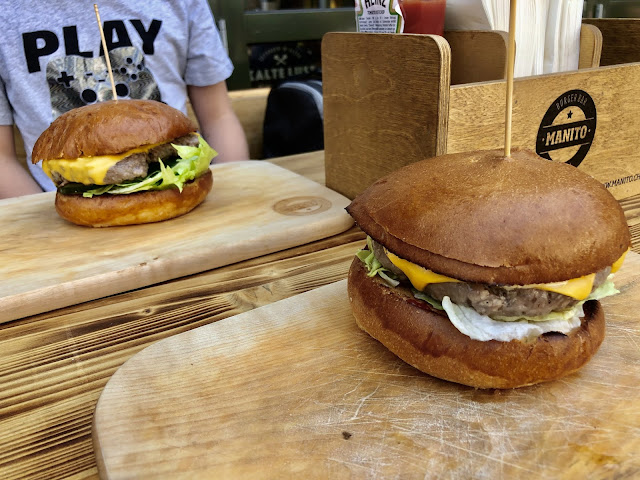 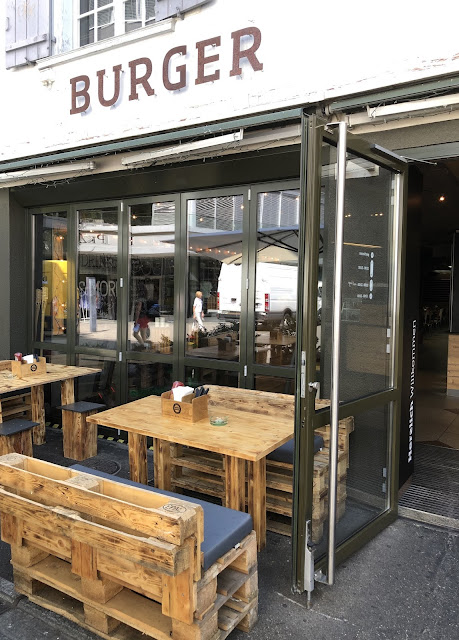 Old Wild West, a franchisee of an Italian company with only two Swiss locations so far, one being at Lucerne's Mall of Switzerland. Their choice of products goes beyond burgers, they also offer steaks and wraps. 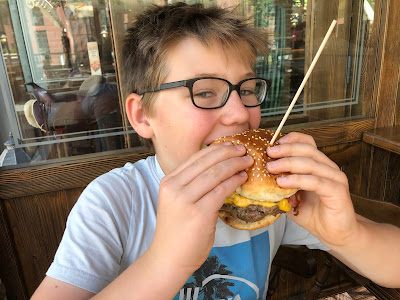 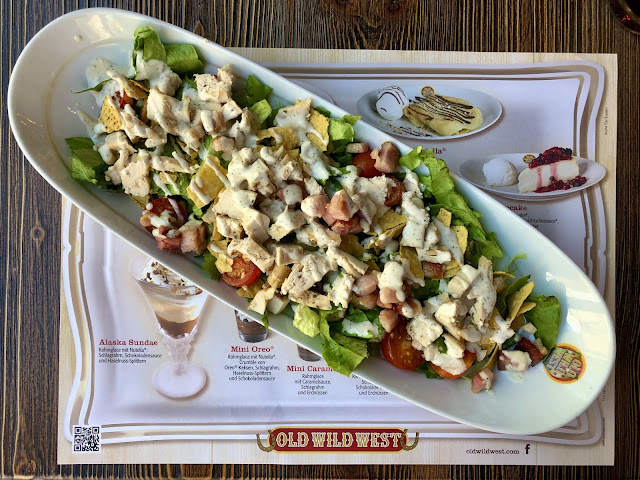 The interior of the premise is in Western saloon style (or what Europeans think it looked like?!) 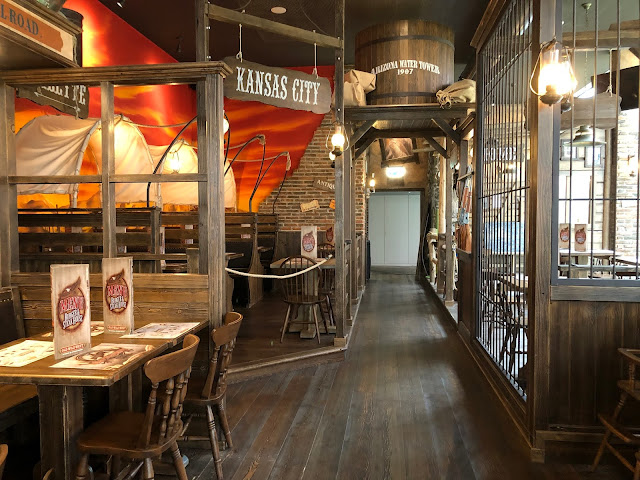 In 2017 the first Kentucky Fried Chicken restaurant opened in Switzerland.

Technically it wasn't the first one. They have unsuccessfully tried to settle in the Swiss market twice before. The same happened to Burger King. Third time's a charm though. BK Switzerland has been going strong for almost 20 years now, yay! More about them later though.

I have never been to a KFC in America. Whenever we were in a parking lot with one nearby, I always felt repulsed by the strong frying oil smell. 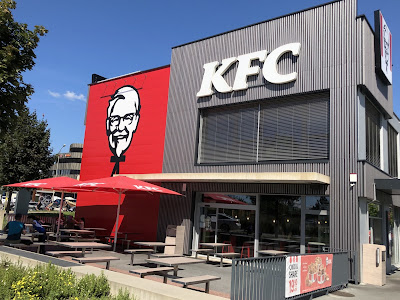 We were very positively surprised and had a wonderful experience in the one we visited outside of Zurich. 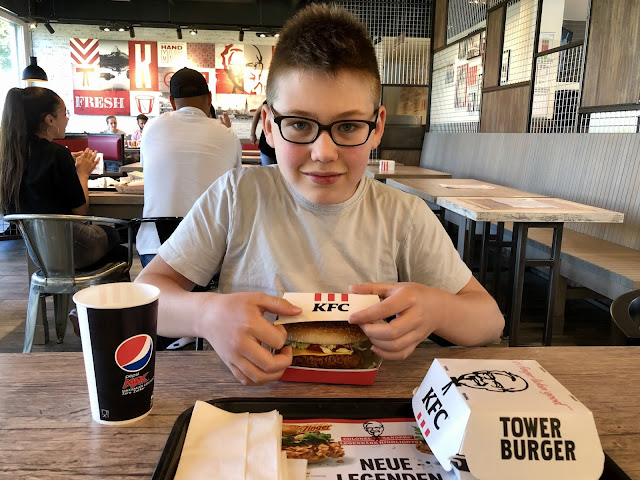 Not smelly, nice interior, tasty food, decent price (for Switzerland, haha). We will certainly come back. 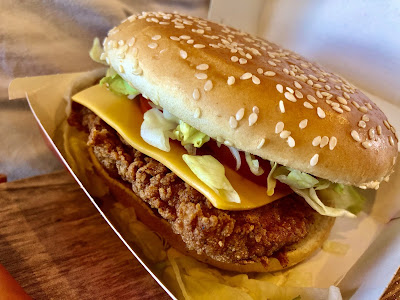 The only thing we were wondering though: how processed is the chicken? This patty didn't feel like a whole piece of chicken breast, more like "meshed and pressed chicken-like substance." I did love the pepper and BBQ sauce and the brioche bun of the Gourmet BBQ Burger.

Who does that? My son and I, that's who. For good measure we threw in some sight seeing in Geneva though.

This year another location ("only" two hours plus per way) opened in Lausanne. 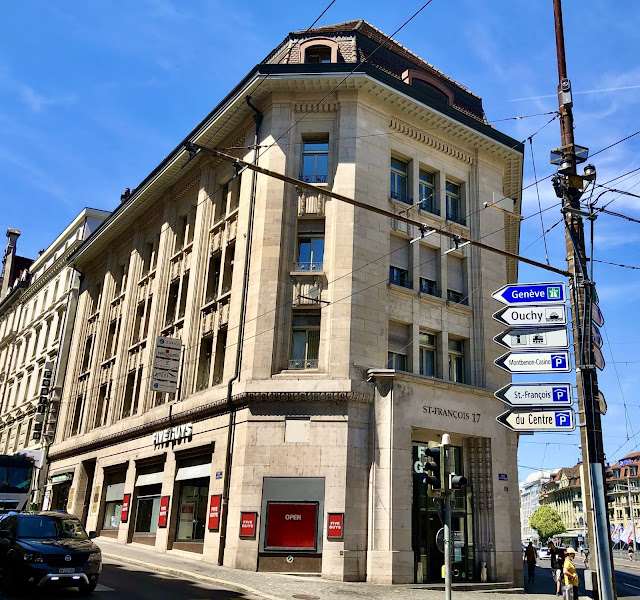 So another trip was in order. The size of the restaurant is (I was gonna say "king-size" but decided against the pun) above average, allowing them to seat a lot of guests even in times of Corona. 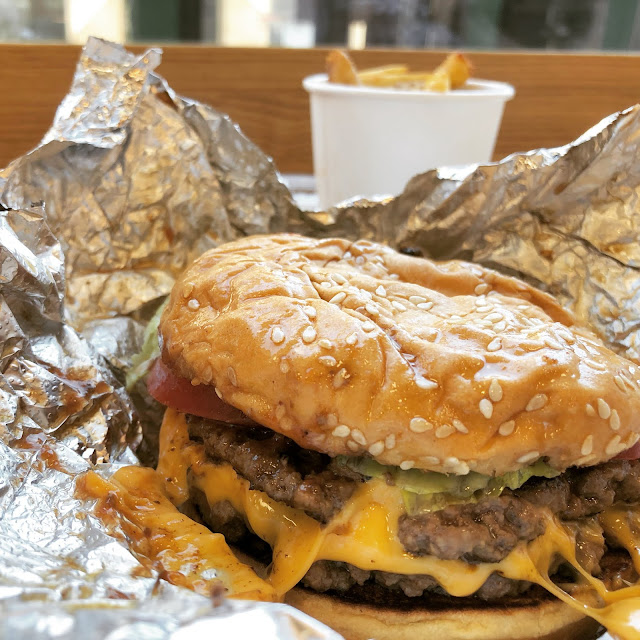 Personally it's my favorite burger, taste-wise, even though this is one sad-looking sesame bun! Also, so far I have only ever experienced Five Guys in Paris and the French speaking part of Switzerland, not sure how great a difference that makes comparing to the original in the U.S.

Interestingly though, McDonald's quality is way greater in Switzerland than in America. Same obviously goes for Germany, here's a vlog by Nick Alfieri, an American American football player  in Germany:

In Switzerland i attribute the higher quality to the fact that more than 85% of the ingredients are being sourced locally. We have stricter rules for pretty much everything from animal farming (think hormones and antibiotics) and processing to agriculture (GMO is not allowed in Switzerland) and artificial taste enhancers and stuff. 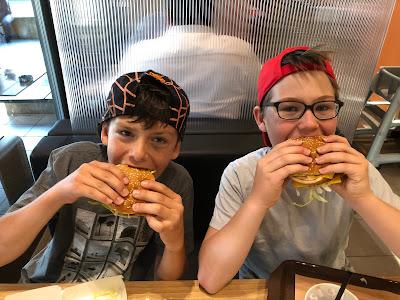 Also, in order to succeed in Switzerland, McD had to do everything right beyond the burgers, like paying attention to recycling and overall cleanliness.

Back then (the mid-1970s) Swiss people were super sceptical towards American fast food chains. The opening of the very first McD restaurant in Zurich had to be postponed for three years due to ongoing opposition.

Their efforts helped other American businesses a great deal, however, even when Starbucks entered the Swiss market in 2001, they had to jump through hoops with authorities, landlords, neighbors and the press.

My favorite large burger chain that is available in Switzerland is Burger King. I just like their food better than at McD. While Whoppers are OK, I prefer the Steakhouse burger. 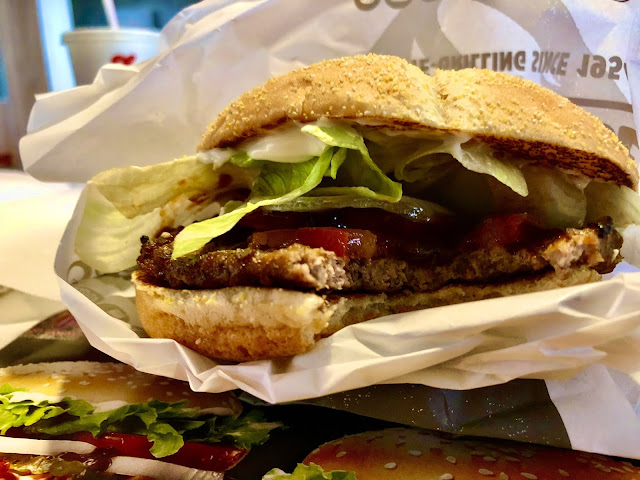 There's also two Hooters Restaurants in Switzerland. Again I've never been to one in the States, so I was curious. Upon entering the restaurant I could already tell the level of management was low. Everything looked filthy, and things felt dizorganised.

The food was OK but not a reason to come back. Technically we didn't even have burgers. Maybe we should have? 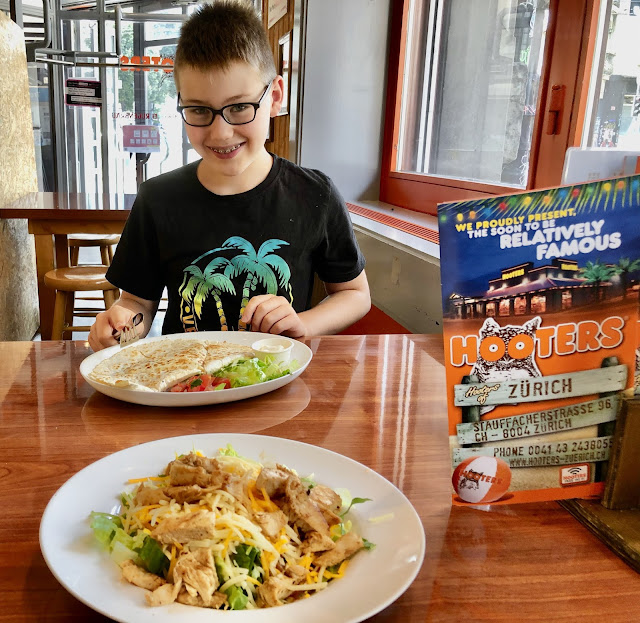 Coming to end, here's Andy's Place, another local independent and sort of a friend. Or at least a friend of a friend's. 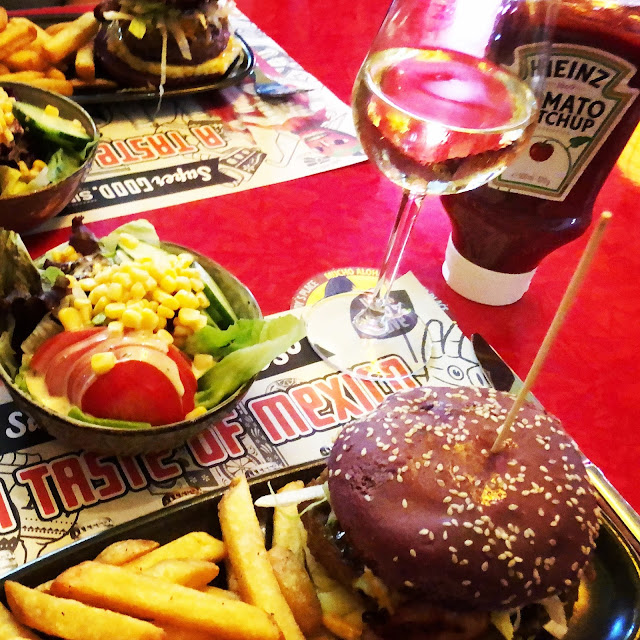 My coworker practically lives there, and for a while a burger created by him was on the menu.

As a team we have spent three office Christmas parties there. We were not fed burgers though, they made surf and turf for us. I usually blog about it.

The menu is very large, there's Tex Mex and Italian food as well. It's not all about the food though, the beer selection is impressive as well.

People like me who are homesick for America come here with their American (classic) cars and bikes. Many guests like to wear 50s style clothes or flannel shirts. 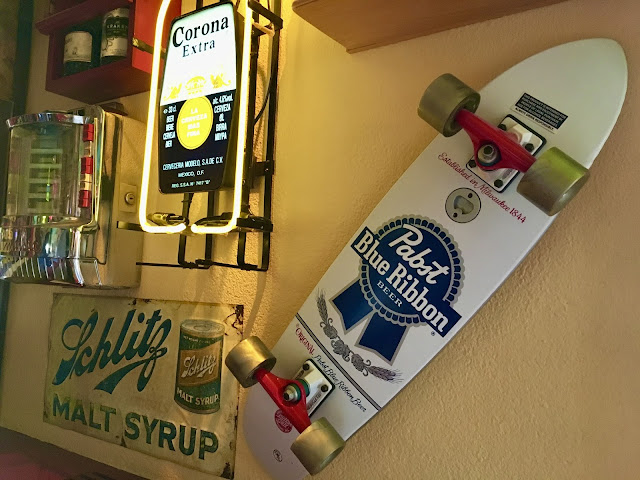 Wow, I'm getting hungry here. Before I leave, here's my personal overview

Do you like burgers? Fast food as such? Agree with my chart? Which one is your favorite? Let me know down below.