Use Your Words - Don't touch the hot stove! 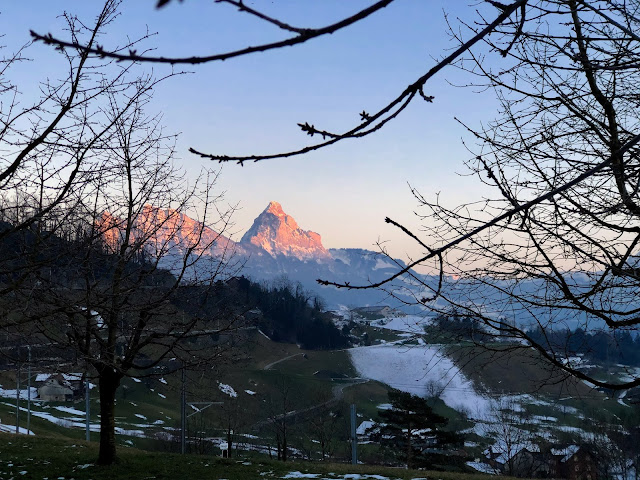 My words are:
barber ~ expedite ~ oral ~ revenge ~ trilogy
They were submitted by: Wandering Web Designer - Thank you, Rena!
I'm kinda glad I didn't get the following words:
Incitement, Insurrection, Riot, Capitol, Impeachment, 25th Amendment
because I am feeling overwhelmed with everything that's been going on.
I mean Rep. Jackie Speier saying "they (the Capitol rioters) were coming for blood, they were coming for revenge" is a scary thing! Technically she said vengeance. Just to quote her correctly.
It's a new year, shouldn't we get a fresh start? 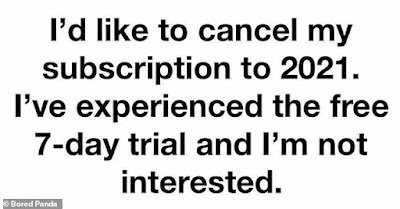 "In the last ten years 76% of all terrorist related attacks have come from right wing violent extremists, not left wing, not even Islamic terrorism. On January 6, many realized probably for the first time, that this growing radicalization is dangerous. It's not over on January 6 - quite frankly, it' won't be over on January 20", says Elizabeth Neumann, former Chief of Staff of the DHS and Associate Director of the Domestic Counterterrorism Directorate (this makes me think she's probably friends with Jack Bauer - sorry, couldn't resist. While we're at it though, I wonder how Jack and Donald would have gotten along. Back then I thought this poor creature Charles Logan was bad...)
On the other hand, Sen. Roy Blunt stated "the President touched the hot stove on Wednesday and is unlikely to touch it again."
Oh, OK, if you say so, we can all relax.
Then again, Sen. Susan Collins was convinced that "the President has learned from this case" (this time last year when he was impeached for the first time) "and he will be much more cautious in the future."
You know, the thing is... Trump is not like any other toddler. He'll touch the stove if he pleases, and upon burning his tiny hands, he'll blame the stove manufacturer, China or the Democrats, take your pick.
I wonder - years from now - what people are going to tell interviewers of the Oral History Project about his presidency. Will there be anyone willing and able to say something substantial?
My guess is, in hindsight even Rudy Giuliani wished he'd never gotten involved with the Donald. I mean, filing frivolous lawsuits is all fun and games until a) your client refuses to pay your bills, b) you're facing disbarment complaint and c) your client / President does not have the power to grant you a pardon anymore.
Speaking of... in the meantime Trump can't even pardon himself anymore for his role in the insurrection. Time to get to the Presidential Library... 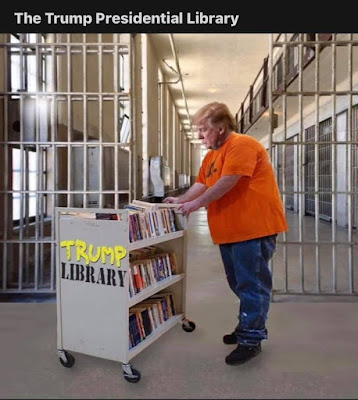 Didn't I say I didn't want to get into this topic...?
What about my own world?
Our Federal Council has announced intensified Covid-related restrictions. (I know, I should be happy to have decent people in our government, as opposed to the above mentioned individual and I am glad!)
For all of Switzerland, restaurants remain closed until at least February 28. (They were already shut down before Christmas.) With any luck we may be able to celebrate my own birthday, which is March 2nd, and somebody other than me will be making dinner! (One may hope).
As of Monday, in all of Switzerland (different states had different rules in the past weeks and months, and our politicians were surprised to find out that a massive amount of "shopping tourism" was happening, especially before Christmas. Duh, I could've told you that much!) non-essential shops have to close. Interestingly - unlike to what was the case last spring when people desperately needed patio furniture and potting compost - DIY markets and flower shops are allowed to stay open. Luckily the same goes for hair salons and barbers.
Working from home is strongly advised. If this is not possible, people need to wear masks in office buildings - even if their desks are spaced apart more than six feet. We have been doing so voluntarily for a while now anyway, however, only for walking around and meetings. Talking on the phone with the mask on makes for bad audio quality.
(Elementary and secondary) schools remain open - Colin would not have minded another round of distance learning. The topic of youth sports (younger than 16) sort of disappeared from the radar, and we're not bringing it up, so he still gets to practice, but the championship probably goes from suspended to finished. Too bad.
Ski areas remain open as well. "After all skiing is happening outdoors, and fresh air is good for the people" our politicians explain. Think again, guys: skiing season is bone fracture season. And one of the main goals of Corona measures are to flatten the curve so hospitals can cope. Where do the broken leg patients go if there are no beds? Add to that the ski tourists trying to get to the Alps on icy and snowy roads. Where do the car accident patients go if there are no beds? Outdoor terraces in front of ski cabins are open as well. So what happens (since restaurants are closed) is that people bring their own F&B and have their own little (après) ski party. Isn't that what authorities wanted to avoid?
Oh, and what ever happened to "restrictions are only necessary until vaccines are available"? Now that high risk patients and medical staff are supposed to get vaccines as a first priority, many people refuse because they don't want to be human guinea pigs as they call it.
There is no end in sight...
Complaining is not expedient though, instead - as always - I will do my best to make the best of it.
Since during Colin's hockey practice I can't wait at a warm spot that provides wifi, snacks and restrooms, I have to find something else to do. I support our economy by using gas. I stay sane by exploring my surroundings.
On a rare nice weather Monday afternoon I came across this scenic view: 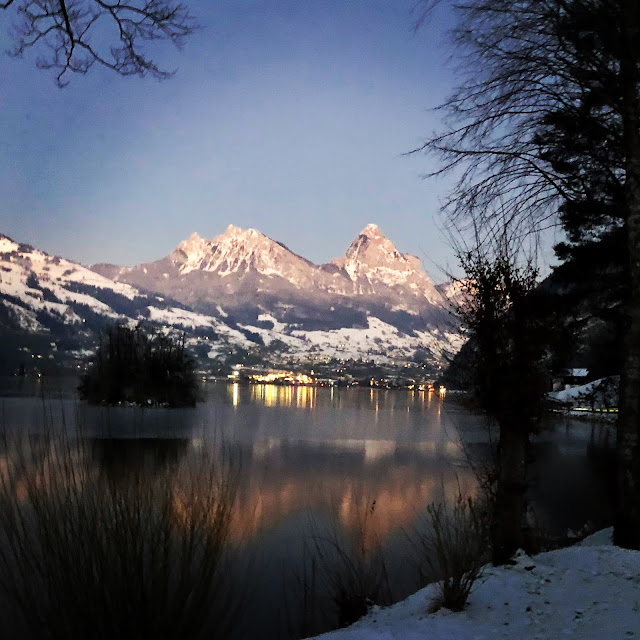 "You messed up your post", my coworker, an experienced mountain climber, said the next day. Huh? What are you talking about?
"You mentioned the two Mythen mountains - but they're not two, they're three. Actually it's a trilogy!"
Turns out, there's Grosser Mythen (big) 1,898 m (6,227 ft), Kleiner Mythen (small) 1,811 m (5,942 ft), plus there's Haggenspitz 1,761 m (5,777 ft) - who knew?
At the next opportunity I want to go on a Husky nature trail an hour's drive away from the arena. Not sure if there's anything to see though. The website says they're closed January and February due to, you know, the darn virus.
Looks like I'm stuck visiting the swans instead. 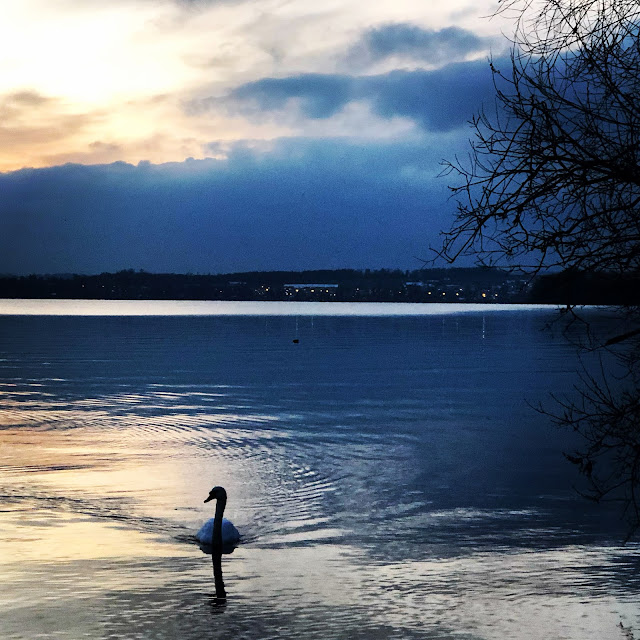 I have some home improvement projects on the back burner, but I currently lack the motivation and energy to tackle them.
Oh well. For now, staring into my fake fireplace will have to suffice. 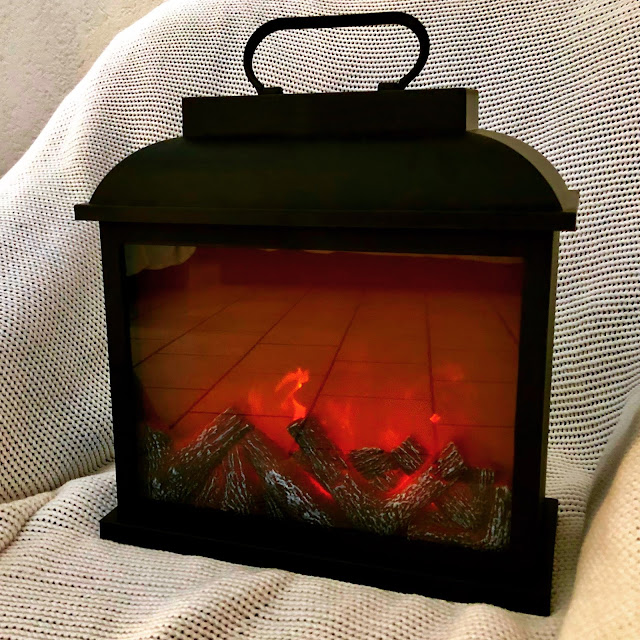 How are you processing recent events?
Let me know below, and please don't leave before checking out my blogger friends' posts: