Use Your Words - Mr Big's Nachos 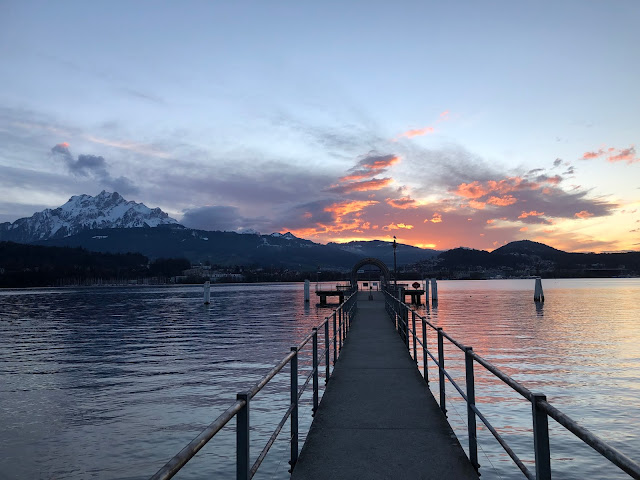 spooky ~ aliens ~ files ~ seething ~ organized ~ bundle
They were submitted by: Climaxed - Thank you, Jennyi!
So Rod Ponton made my entire week. Takeout nachos were supposed to do that job, but they failed.
What am I talking about?
First of all, our Federal Council announced that the current lockdown is not going to be lifted by the end of February. Even though regular infection cases are dropping, people nowadays are catching Corona's South African cousins N501Y, E484K, Brazilian Lady P.1 or British Dude SARS-CoV-2, B.1.1.7.
Therefore we're going for another round of staying at home, working from home, shopping from home and ordering in.
Only, Switzerland is culturally not a convenience nation.
B.C. (before Covid)  the average Swiss person would either go to the grocery store, purchase ingredients and cook from scratch at home or go out and eat at a full service restaurant. Only for lunch time it was customary to walk to a bakery or supermarket and grab a sandwich that you would eat, sitting on a park bench. Or, if you're a workaholic, at your desk.
Drive-in banking has not prevailed, and to my knowledge there's less than a handful of drive-in drug stores in Switzerland. however, drive-in Corona test facilities are emerging quickly.
88 of 170 Swiss McD restaurants are drive thru locations, BK has much less, SBUX none at all.
In March 2020 restaurants in Switzerland were forced to close their doors for the duration of what we now call "the first lockdown". While they were allowed to stay open if they offered takeout, many could not do it. We didn't have masks available, and kitchens are too narrow for people to work together and keep apart at the same time. Nine weeks later they were allowed to reopen at a smaller capacity. Tables had to be six feet apart or partitioned off by plexiglass dividers or the like.
It's a bit disappointing that the second lockdown that started back in December 2020, has not generated more innovation. Sure, a handful of individuals set up either takeout or delivery options (shoutout to Mike's Spätzlipfanne!), but they're in the minority, at least if you don't live in a big city.
Another minority organized a mini revolution: On Monday, January 11, 2021 there was an anonymous group of people that invoked a public protest: about 300 (of roughly 23k) Swiss restaurants opened their doors despite the lockdown, and guests happily showed up for lunch.
Unfortunately many of them were promptly sent home by police. I heard that a particular busted host suffered financial penalties of CHF 2,800 (= about the equivalent in USD), and that their customers got together and raised money to pay for it. Love the solidarity.
The vast majority of restaurant owners sent their employees home and filed for governmental hardship provisions. I do hope they will be compensated enough so they don't have to close up shop for good. Something tells me though it's going to be a drop in the bucket - if they even manage to overcome every bureaucratical hurdle.
I was gonna tell you about the nachos though. 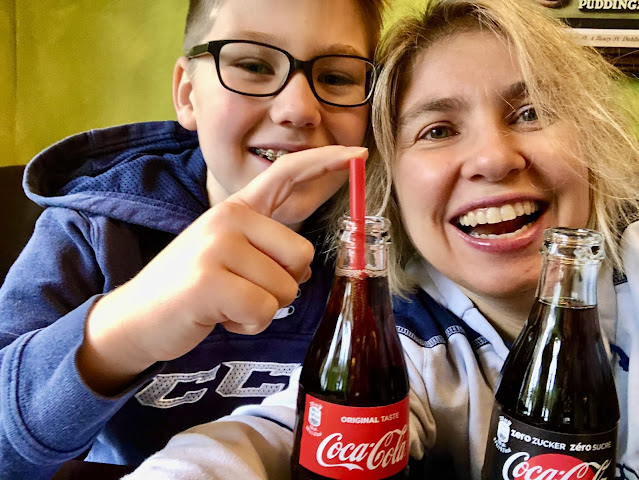 Back B.C. I once asked our local Irish Pub / Sports Bar to give me some of their yummy nachos "to go". The guy looked at me as if I was an alien. "It's supposed to be eaten here" he said. "It comes on a porcelain plate." 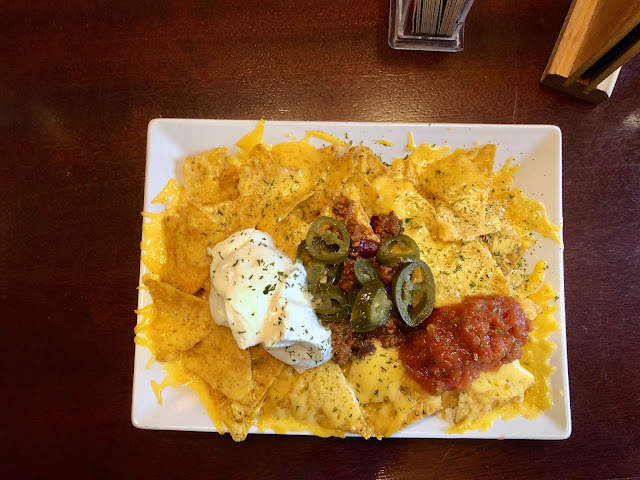 I can see this. Could it possibly come in an aluminium bowl? How about I bring a Tupperware container? Please?
Nope.
This was just a little more than a year ago.
The pub has been closed due to Covid, and the website does not yield any info on takeout options. I get that the pub atmosphere can not be transferred into people's homes by cramming a burger into a light metal bowl, but hey, folks are tired of cooking at home. We need options!
I've been craving nachos for weeks and months.
Plus I needed to post a picture of my favorite food for my February picture a day challenge.
Earlier this week I found out there was an "American" takeout place by the name of Mr Big. It's located 5 miles from the hockey arena. For a SATC viewer, Mr Big brings up associations of fancy, posh and cool. Right?
Guys, I am so naive. I want to believe in what I wish for.
The menu included pizza, hot dogs, burgers, chicken wings and much more. Most importantly,  nachos.
This is what the description said (this should have been a hint):
Gourmet (spelled "Gourmed") Nachos, au gratin with pizza cheese, taco beef, jalapeños and nacho cheese (spicy).
So a little typo, the missing guacamole and some unnecessary mozzarella was not going to ruin my anticipation.
Monday night, after Colin's practice, I entered Mr Big's address into my car's navigation system, and it was way further out than I had expected. We were basically leaving town and driving cross-country until we arrived in a, how should I word this, not so nice residential neighborhood. The kind that is badly illuminated, so that trash cans at the curb look spooky, if not downright frightening.
"You have arrived" said my GPS.
Huh? Where is it?
All we could see was apartment buildings, and some industrial looking sheds. After cruising around for quite some time, using Google maps on my my phone this time, we took a chance and entered a backyard. There it was.
"It looks very 2012" Colin said.
Is that an expression? What does a kid who was born in 2008 know about 2012?
"It means wanna-be fancy" he explained. Haha, nailed it. The fanciest thing was the bottled soft drink fridge.
Well, I had ordered and pre-paid for it, so in we went!
Look, it comes in an alu bowl - it can be done! 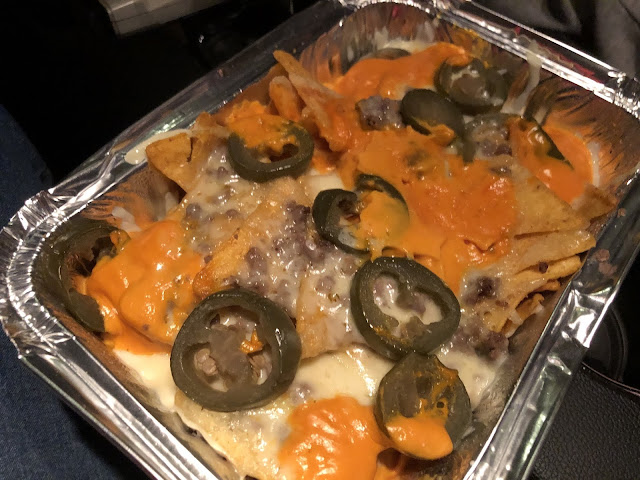 Now the bad news. It tasted yucky.
And guys, it was almost 8pm. I hadn't eaten anything since lunch. I was hungry, I was not picky.
It was not good food though. "Taco beef" should not be code for low quality meat, right? And jalapeños are not supposed to taste like they were aged in vinegar for 100 years? Don't get me started on the pizza and/or nacho cheese....
In all fairness, the food tasted about what the location looked like.
While C and I were bundled in our car (temperatures dropped considerably) we could hear a tenant on an upper floor. He was angrily shouting into his mobile phone in a language we don't understand. At the same time he was smoking his cigarette which he later flicked from the balustrade - it missed my car's hood by a mere inch, which made me seething.
Colin has discovered his interest in all things politics, elections, etc. these past weeks and months. He plays Political Machine and seems to be good at it because he's getting elected on a regular basis ;-)

He drily stated "if that individual saved their money they currently spend on cigarettes, they might live in a nicer neighborhood."
Nailed it.
We also talked about how our government (that acts so concerned about people getting sick and  dying from lung problems) still does not do anything about public smoking. And butt littering for that matter. Cigarette butts, to be precise.
People remove their masks directly in front of entrances to smoke before going in, basically "welcoming" you with a whiff of yucky smoke. You can't park, shop or sit on a park bench without getting disturbed bei their nasty habit.
In Switzerland, 3,200 people are dying from lung cancer every single year - what are you doing to prevent these deaths?
I wrote about my disgust about smoking many times, I'll shut up now.
Back to Rod Ponton. Does his name sound familiar at all? No? 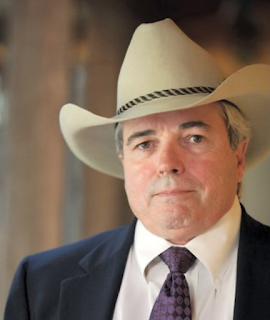 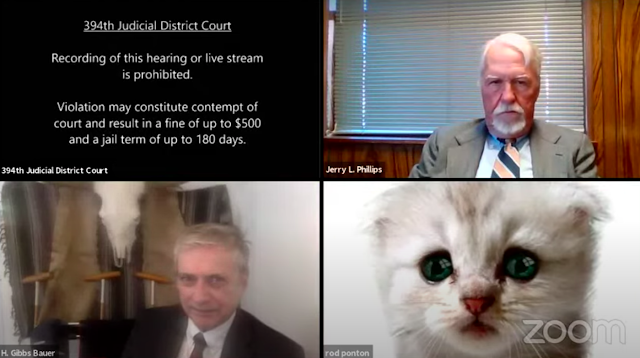 Haha, yeah. He's the Texan attorney who used his assistant's computer to attend a Zoom trial. The assistant's kid had previously been playing around on that device. At least that's his story, and I think it's hilarious. We all need more reasons to smile, don't we?
How are you holding up? Anything made you smile lately?
Let me know below, and please don't leave before checking out my blogger friends' posts: