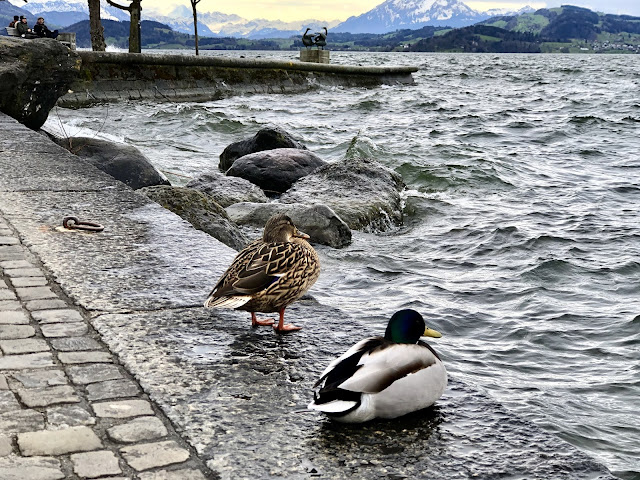 Welcome to Season 2021 of the annual A - Z Blogging Challenge. If you missed a piece of my birthday cake just go back and claim it!

All Duck or no Dinner

I didn't actually know this one, but I like it. Not because I particularly like to eat duck though.

I guess it's from the same category as "All or Nothing" and  "Go big or go Home" - an exhortation to go all-out, to put all of one's effort into an enterprise, to experience something to its fullest, to be extravagant.

Now I don't know about my being extravagant, I'm actually more of a humble type, and I certainly don't like to be the center of attention. I have never thrown a birthday party on my own behalf. I'd rather meet people in small groups.

It does, however, apply to my (work) ethics. If I commit to be doing something, I'll give it my very best, and I will finish the job.

I've been participating in the A-Z challenge six times in a row, this one is my seventh. It's a lot of work, but it's also a lot of fun. I'm always disappointed to experience that people who signed up all enthusiastically, never bother to actually post, or they drop out early.

I guess there's a proverb for them as well: to be all talk but no action. Plus they've become somewhat lame ducks ;-) 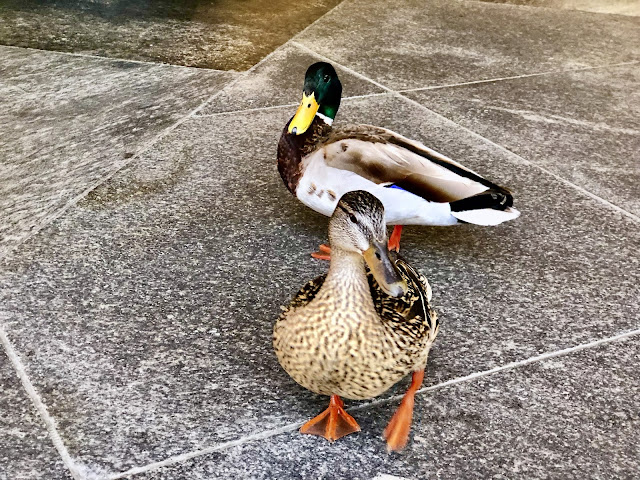 I have an example about my life that applies to all duck or no dinner.

I was born and raised in Switzerland, and I had a good life. When I visited California for the very first time in my mid-20s, we clicked. I *knew* I wanted to live there. I also knew how hard it was. I played the green card lottery once or twice, but had no luck.

My career in Switzerland was going great, I had a boyfriend, we were looking at apartments to move in, and I was happy. We could always just spend our vacation in my beloved San Diego, right?

Almost on the dot nine month after moving in together, he left me for another woman. I was heartbroken and devastated. I thought we were going to get married and have kids one day! I wasn't going to afford the fancy apartment on my own, so I was going to have to move. There had been unpleasant changes at my employer's as well, and I felt like everything was falling apart.

I didn't eat, I didn't sleep, I cried a lot and felt sorry for myself.

How could my fabulous life take a turn for the worse this quickly?

I literally remember sitting on the floor of our guest room (the only room in which I didn't have memories about my ex). It was Friday evening. Usually the best time of the week, right? To be done with work and have a long weekend ahead of you.

Well, it's not so great if you're depressed.

I needed to do something. Take matters into my own hands. Turn sh** into gold.

How about starting over somewhere entirely different? Ohmygoodness, I could go to San Diego, what did I have to lose? At the very least I could be miserable at my favorite location, but how can anybody be miserable in Southern California?

I texted a work colleague. He was British and Canadian and had at some point managed to get a green card (and yet preferred to live and work in Switzerland). I needed to talk to him, and lo and behold, half an hour later we met at the pub, and I told him I wanted to try and move to the U.S. and I needed his help.

Another three months later I left.

I had rented a room in a house that I was going to share with two American guys and a Spanish girl at University City, and I had vague plans to attend some classes at UCSD, which was on what grounds the U.S. Embassy in Switzerland had granted me a student visa.

My other, even more vague plans, included applying and getting a job at a company that was going to sponsor my work visa.

Alternatively I might meet a nice guy, fall in love heads over heels and get married. 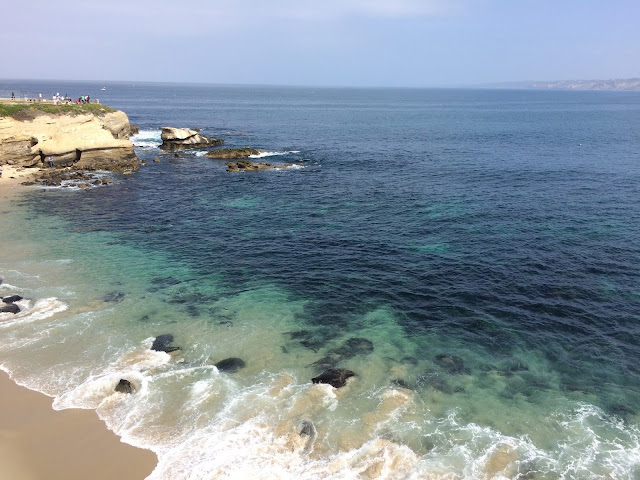 I did attend and graduate from the International Human Resources part of UCSD's Summer Business Course.

I did sign up at match.com and went on a couple dates. This path turned out to be the least successful though.

I did apply and got invited not to one but two job interviews. Actually the last hopeful phone call from Lisa at IKEA in the Mission Valley East area was her statement that the GM was going to ask their immigration lawyer to get things started for me.

I did go ahead and signed a one year lease for my very own apartment at Nobel Drive, for which I made a three months deposit - which I was never going to get back.

The morning of September 17 I landed at Zurich airport. I was back home. Because home is where your heart is.

Can't say that I didn't try hard to make my dream come true though.

On the dot seven years later I gave birth to my baby boy in Switzerland. It's fair to say that when one Door closes, another opens. Which is another great quote that applies to the letter D!

This is us 2016, visiting my power place at La Jolla Cove 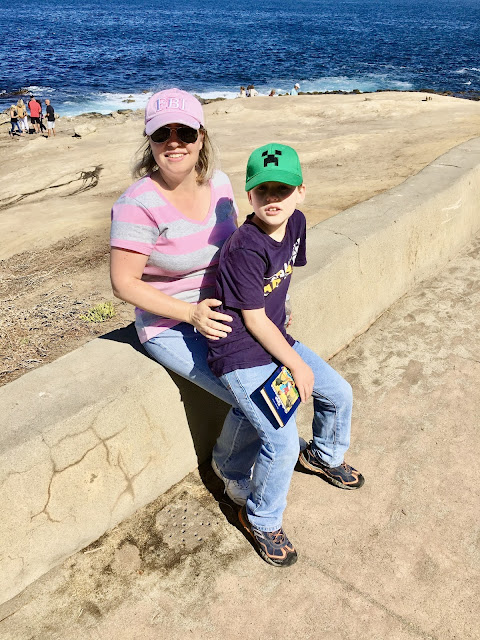 How about you? Have you experienced any kind of duck story? Let me know in the comments below and make sure to pop back tomorrow. We'll do an Easter egg hunt, but we'll try not to put all our Eggs in one Basket.