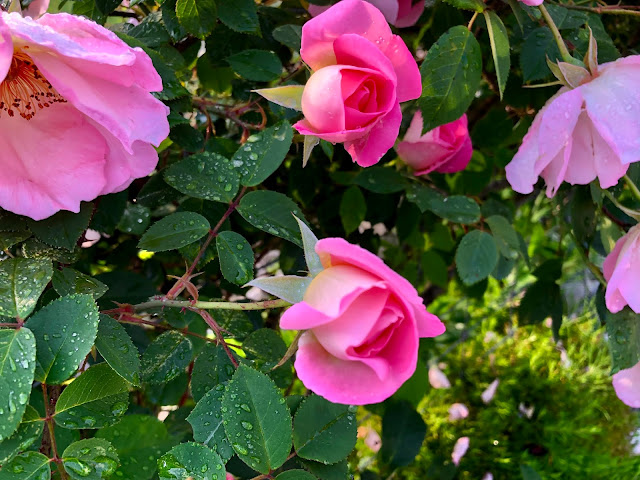 Right towards the end of this year's A - Z blogging challenge (which was about phrases, sayings and quotes) I hit my 1,000th post without noticing, and we didn't celebrate until in early May.

Today it's officially been nine years. It does feel like even longer though. Colin was so little back then! 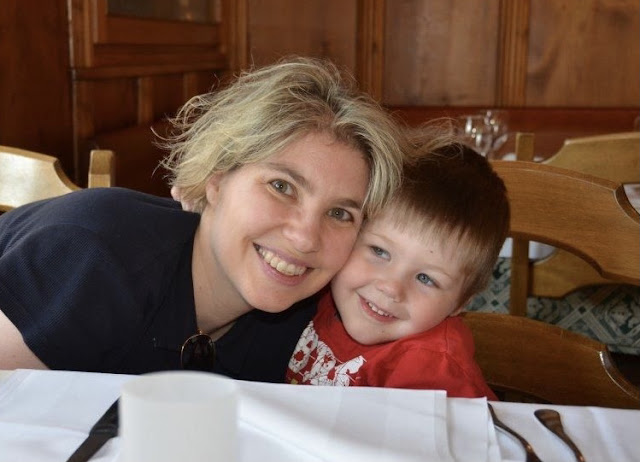 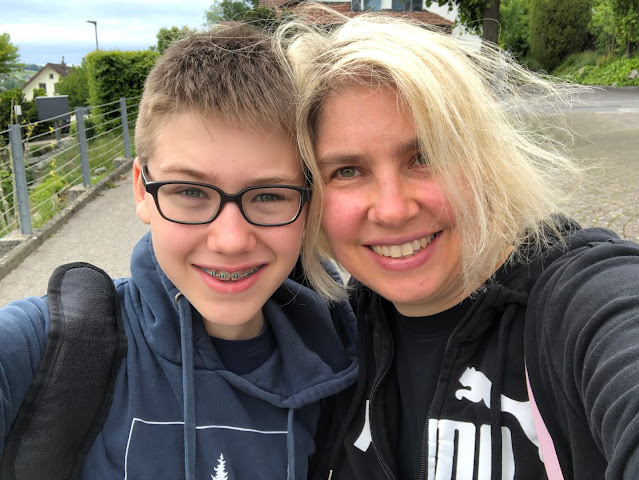 I'm proud to see that he's developing a love for writing as well.
Ever since the 2020 election his interest in politics has been sparked, and he's made like-minded friends on a Discord server. 99% of the members live in North America, and then there's a guy from the Philippines, a guy from France and my Swiss boy ;-)
The non-American people tell the others about their countries' political systems and current issues. Two weeks ago we had a few interesting topics to vote on. Here's a post I made two years ago that contains a list of federal votings from the past.
This quarter, the bills were about
The voting turnout was almost 60%, which is huge. People felt passionate about these topics - as they should.
The CO2 act was supposed to help us achieve our goal of being climate neutral by 2050 - in line with the Paris Agreement. By increasing taxes on fuel and industrial emissions, polluters would have to pay more. On the other hand, people who heat their houses with clean energy and don't drive a gas guzzling car, would have benefitted. The extra money was going to be used to fund clean energy research and actual projects
It's too bad people only care about their immediate financial situation. Inflammatory banners were placed at gas stations telling consumers if the law succeeded, they would have to pay (up to) CHF 0.12 more per liter, which translates to almost 50 cents more per gallon. Every time you would fill up, you would pay about CHF 6 or USD 6.50 more than before.
If you're a smoker, that's less than a pack of cigarettes, if you like to eat at McD's, it's less than a double cheeseburger, and if you're a coffee drinker, it's what you're happy to pay for a tall latte at Starbucks. (Swiss prices). Clearly you can afford this contribution to a greener planet!
One of the people who are concerned by this, is Colin, only he's not 18 years old just yet. He did make sure hubby and I voted, though. Plus he updated his buddies on the server over several hours until the results were in. So if he does not end up becoming a hockey player or sports journalist, he just laid the foundation to being the Swiss equivalent to a White House correspondent one day.
Enough of the hard topics - on to the sweet side of life. Tradition has it that my blogversaries are celebrated with dessert. Usually it's cherry-themed. 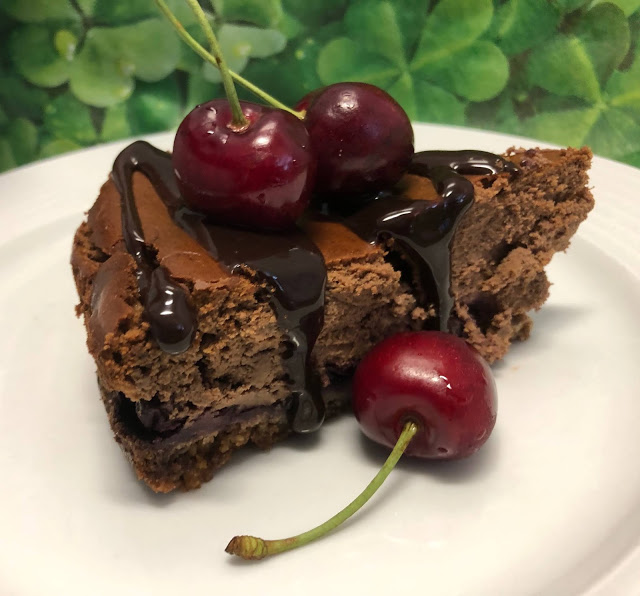 However, today we're having a classic cheesecake with fresh strawberries. Enjoy! 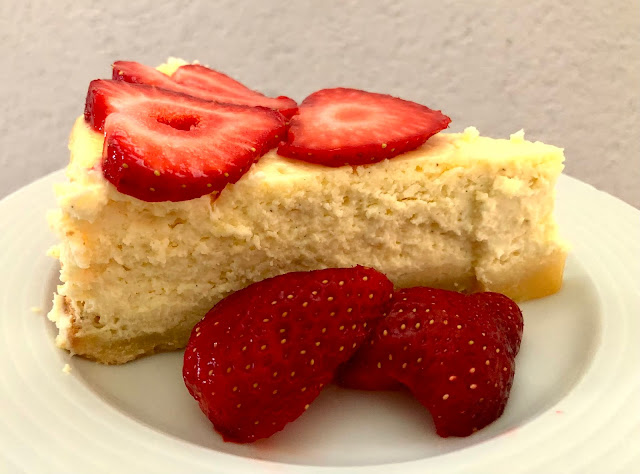