Welcome back to my monthly contribution to A lil HooHaa's Photo Blogging Challenge.

So this season was another busy one, among other things due to the fact that the World University Games were canceled and thus filled our training schedule. We missed the traditional lightning of the village Christmas Tree: It takes place on the third Thursday in November, which of course collides with Thanksgiving in the U.S.

I took this picture a few nights later, when snow was falling. 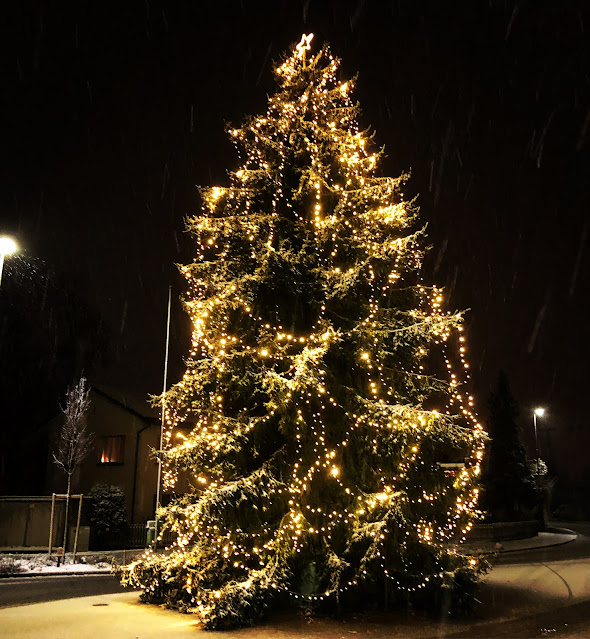 I had planned to go visit the Coca-Cola Truck. It was going to be at three locations not too far from us throughout December. Then our training schedule changed, spoiling my hopeful plans. Can you imagine my delight upon discovering that the truck was still there as we drove home? All the visitors had left, the promoters and music technicians, too, so there was no playing of "Wonderful Dream". It was cold, but it was more than OK. A few guys were busy disassembling the equipment, and I got a once in a lifetime opportunity to photograph my beloved truck without any annoying people photo bombing my shot. I think this was one of my favorite December moments! 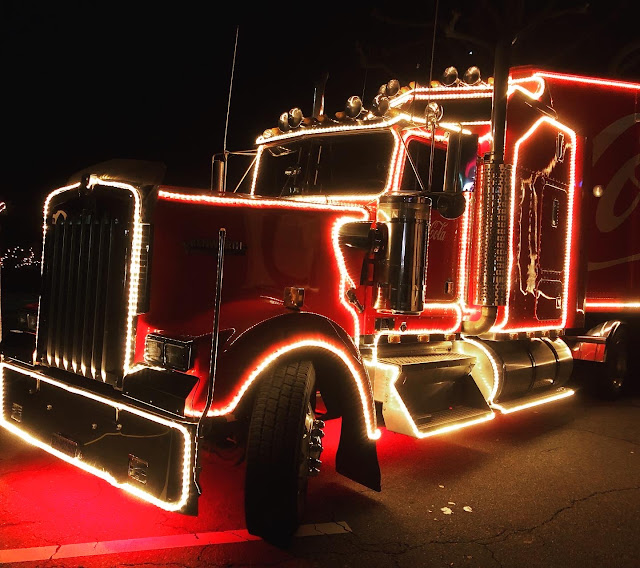 More snow, and to my surprise and delight, my teenager found out he likes to free my car from the snow! I think when I'm old and gray, I will cherish this picture. Look, my boy, being all nice and helpful! 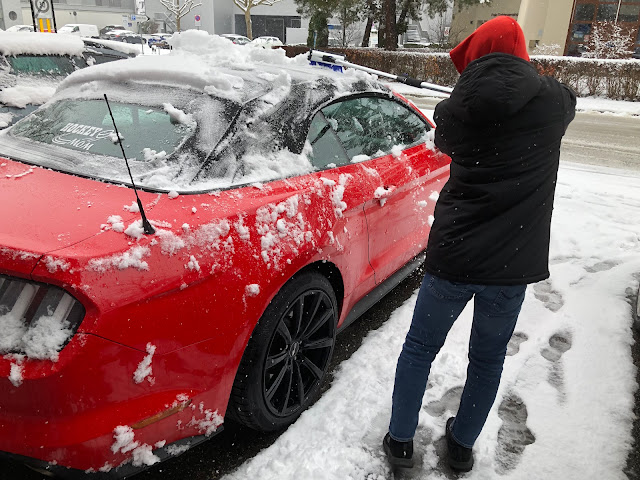 In return, I didn't bitch when I had to get up at stupid o'clock (in case you're wondering, I'm talking about 4:15am) to drive him to the meeting point from where they boarded the team busses that took them to a remote location in the Italian speaking part of Switzerland for their away game.
Unlike other parents who crawled back into bed, we drove there ourselves, and I did not regret it. Not only was the area super charming - yet deserted... The boys played well, and we had a great time. 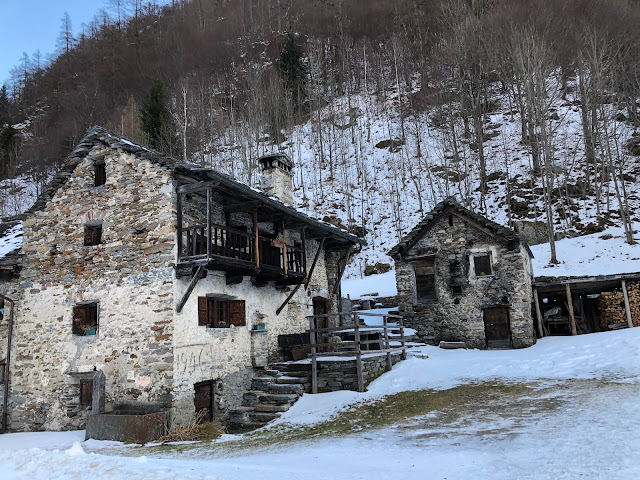 We were we in the Italian, and a few days later in the French part of Switzerland as well. There is this famous Christmas Market in Montreux, that my Mom and I have been wanting to visit. Here's a nice little video I put together:

In the Lake Geneva area there is a natural phenomenon called bise, a cold, dry wind in Switzerland which blows through the plateau from the northeast to the southwest. It made our day very cold, and we headed to the Canadian booth we had seen earlier. They sold crêpes with maple syrup. Good times, eh. 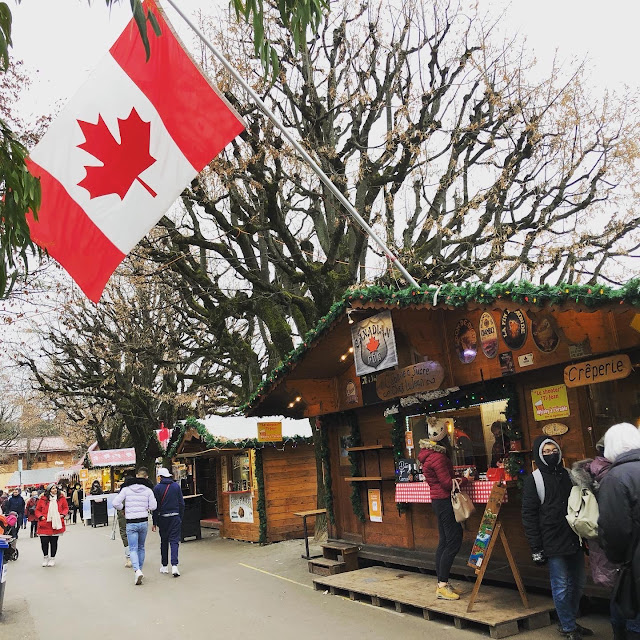 These were my five; I hope you enjoyed them. Head over to A 'lil HooHaa's and check out the other contributors' posts!

PS: Will you be participating in 20 Days of Chill?