Secret Subject Swap - Never have I ever

Again 5 brave bloggers picked a secret subject for someone else and were assigned a secret subject to interpret in their own style. Today we are all simultaneously divulging our topics and submitting our posts.
Here are links to all the sites now featuring Secret Subject Swap posts.

Never have I ever... and why haven't you?

It was submitted by: Climaxed  - thank you, Jenniy!
First off: Never have I ever actually watched "Never have I ever" ;-)
Our family would rather pay for the sports channel than Netflix, hahaha!
So for inspiration I headed over to this super long list of questions on the Cosmopolitan website, In the process I had to look up a few expressions on the Urban Dictionary. Pick a wedgie? Catfish someone? Do a nude streak?
I digress.
What questions were there?
Never have I ever...
Hitchhiked a ride: Yes, I have a handful of times when I was between 14 and 18 years old and had neither a driver's license nor a car. Looking back, I'm shocked about my carelessness.
Lied on a dating app: Yes. Who doesn't? Back then there were no apps yet, though. Just a website, match.com. I don't remember what exactly I embellished about my persona, but I'm sure I did it. God knows the guys did it, too!
Kissed a celebrity: Sadly I haven't. That's probably because I have never met George Clooney in person?!
One question caught my attention, and I'd like to give you the full story.
Never have I ever...
Dined and dashed. I haven't, but I sure wish I had!!!
Here goes:
New Year's Eve 2002/03.
A former coworker and her fiancé were getting married. Considering the special date of their wedding, they had been planning everything well in advance. The venue was about an hour's drive from our home, plus we expected to celebrate until long after midnight, so when they mentioned they had pre-booked all the rooms at the fancy Country Inn, we gladly put our name on the list.
We arrived in the late afternoon, and the manager asked for our ID and credit card.
"Just leave your bags here, I'll make sure they get to your room" he said.
I would have loved to go to our room to use the restroom and change my shoes.
"You're at our off-site accommodation" he explained. "We don't have enough rooms for the entire wedding party here. You're welcome to use the public restroom though."
It was no biggie at the time. Also we noticed that people were already mingling and getting ready to be seated for the ceremony, so we dropped it.

So the happy couple said "I do", we did cocktails, we were assigned to our tables. I knew some of the people at our table since they were also former coworkers. We didn't know the couple we sat directly across from us. They looked grumpy. Plus they smoked.
As I was saying, it was the year 2002. It took Switzerland until 2010 to ban smoking from workplaces, especially restaurants. Yuck. I know.
We tried hard to strike a conversation with the smoking grumps, but eventually focused on talking to my former colleagues. One was worried about the food. We noticed there were réchauds on the tables. Réchauds are gadgets to keep your food warm, and the ones I'm talking about, are particular ones used for fondue. 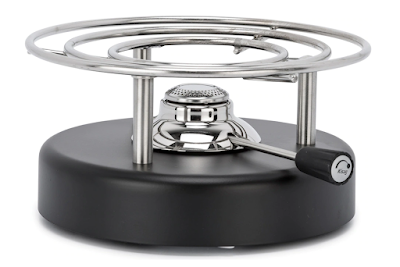