Hello and welcome back, or, as the Viennese would say - Servus!

Today we're talking about all things Vienna. After all it's one of the cities that claims to have invented coffee culture. This may be a reason many of the locals felt pretty hostile about Starbucks trying to settle in their city.

It's Austria's capital. Not to be confused with Australia. Just saying. It's happened before.

I live in Switzerland, and Austria is one of my neighbor countries. So it seemed like a logical thing to combine both small-ish countries to one market (Starbucks-wise). Many times in other industries they include Germany as well and call it DACH, Deutschland, Austria, Confoederatio Helvetica = Switzerland.

Even though we supposedly both speak "German", there is quite some room for misunderstandings, both linguistically and culturally, and it made working together challenging at times.

Starting with the fact that the currency in Austria is "Euro" and in Switzerland "Franc".

For the Viennese a mug is a "Häferl", and us Swiss call it a "Tasse".

Then they claimed no Austrian would ever set foot in a Starbucks store if we didn't offer "Café Mélange", which is similar to a Cappuccino, but according to them, not quite, and they begged to differ:

The mélange consists of one part coffee and one part milk and a cap of foamed milk.

So what exactly is the difference now?

While the Mélange is often served with only a small cap of milk foam, the cappuccino contains a much higher proportion of milk foam. In addition, the classic Mélange is typically prepared with milder coffee, while the Cappuccino usually has a strong espresso as its base.

A Viennese Mélange is usually served with sugar or honey in a large glass or cup. The name of the coffee drink comes from the French word "mélanger", which means to mix.

With that being settled, let's move on.

Do you have any idea what a "Fiaker" is?

An old-fashioned horse-drawn cab that'll take you to all the wonderful sights. 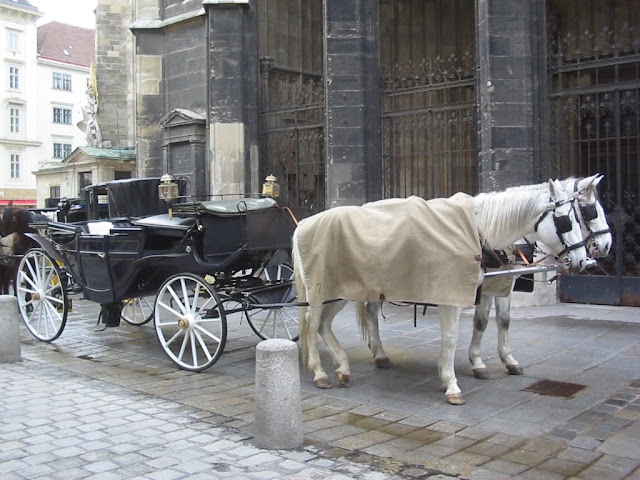 They may take you to the Vienna State Opera where the annual New Year's concert takes place. 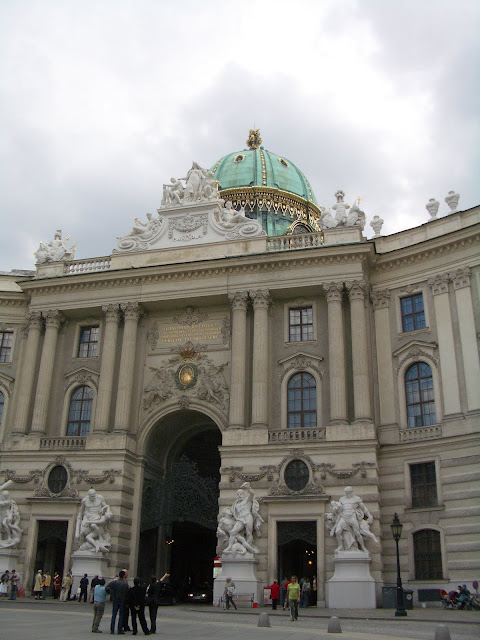 The ballet portion of the New Year's concert is being performed at Schönbrunn Palace. 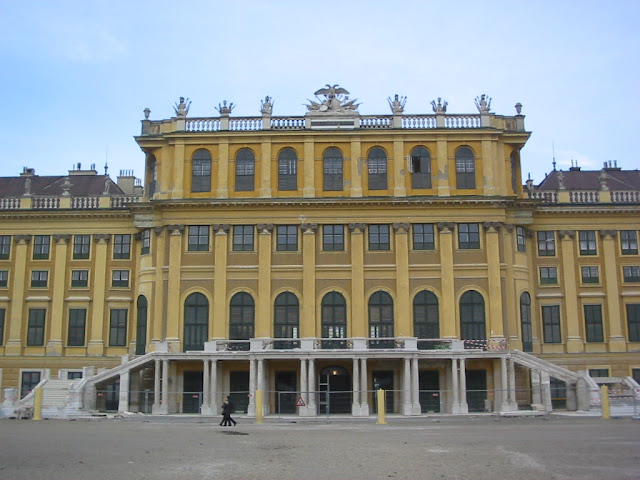 From the traditional to a more quirky expressionist Vienna sight, the Hundertwasserhaus, created in the 1980s by a unique artist / architect called, well, Hundertwasser (translates to a hundred waters). 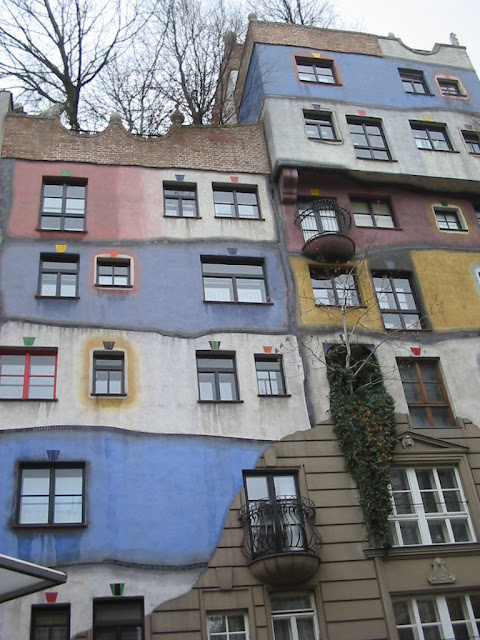 It features undulating floors, a roof covered with earth and grass, and large trees growing from inside the rooms, with limbs extending from windows. Hundertwasser took no payment for the design of the house, declaring that it was worth it, to prevent something ugly from going up in its place. The guy has a point!
While checking off the major sights don't miss St. Stephen's Cathedral aka Stephansdom 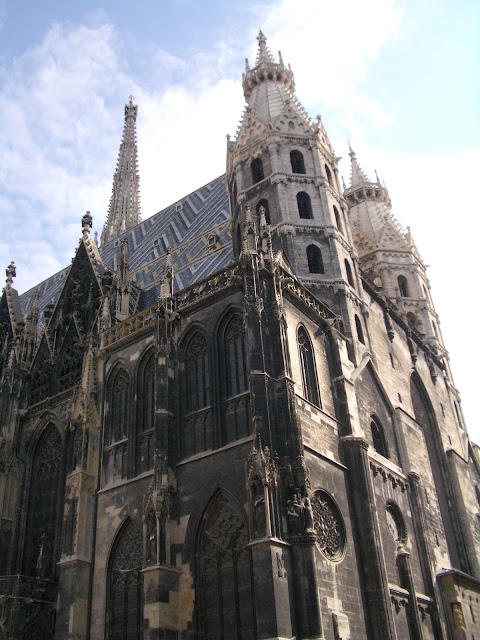 At Stephansplatz Vienna's walk of fame begins. It isn't for actors, though. Among others, Leonard Bernstein, Claude Debussy, Antonín Dvořák, Giacchino Rossini and Ludwig van Beethoven got their star, and of course this guy: 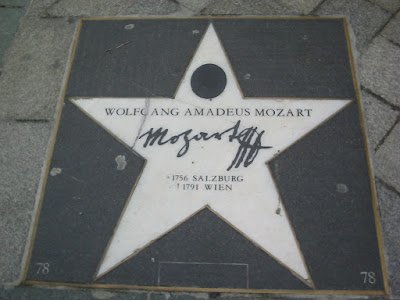 Have you heard about the yummy chocolate cake, Sacher Torte. You may get a piece  of this iconic dessert all over town, actually even beyond Austria, but here's where it originated from: 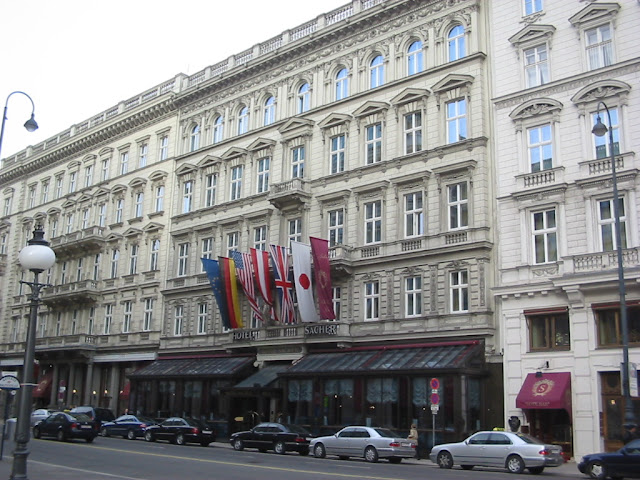 Back to the term "Fiaker" - apart from the carriage, it is also a coffee beverage.

So apparently it's strong, black coffee, served in a glass with sugar, a shot of rum and whipped cream, I mean, Schlagobers, on top.

So what on earth might Kaiserschmarrn be? Hint, Schmarrn means nonsense. It must have to do with the emperor doing or saying BS?

So if you're ever lucky enough to visit Vienna, you know what to see, do and eat!

PS: if you scroll all the way to the top and have another look at the pretty pink building. It's the Mariahilferstrasse Store, and it's also where Starbuck's Austrian HQ is located, meaning I spent quite some time there back in the days. It's also where some bad guy stole my purse one day just as I was supposed to go to the airport. Think no cash, no picture ID, no credit card.