For the month of May A'lil Hoohaa's monthly photo blogging challenge comes with a unique prompt "One Hour".

As I mentioned in the previous month, on May 1st, Game 7 of the Swiss playoff finals took place. Our team, which was trailing 0:3 in the series, managed to equalize and fight for the Swiss championship title in Game 7.

A hockey game usually lasts one hour. Net play time, that is. Meaning, with every interruption, be it due to offside or a penalty, the clock is stopped. Including two intermissions, you end up spending at least two hours in the arena. In the U.S. it's more like three hours as they squeeze in plenty of commercial breaks for the TV viewers. 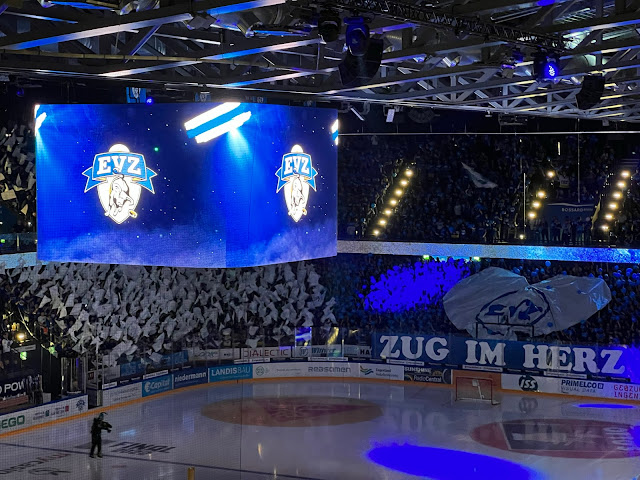 Well - our team got one goal behind very early in the game, but was able to equalize just before the end of the first period. In the second part of the game, they managed to take the lead, and when the opposing coach pulled the goalie at the end of the third period, Dario Simion, one of our favorite players was even able to score the 3:1. As you can imagine, the crowd went wild!

We did it! Swiss Champions!

The feeling was unbelievable. Relief, joy, pride, satisfaction, even some Schadenfreude. See, we had lost the first three games out of seven. The opponent and the media happily announced victory parties after "sweeping" us in the fourth, fifth and sixth game, but it didn't happen.

He who laughs last, laughs best!! We fought back, game after game.

I was especially happy for Reto Suri, one of our players who had been injured in Game 5 and could no longer participate. He had postponed his knee surgery because he really wanted to be there for his team.

Enough ice hockey talk. Let's move on to summer practice ;-) Which, for the youth team started promptly after the victory festivities.

Usually "the golden hour" stands for the period of time immediately after a traumatic injury during which there is the highest likelihood that prompt medical and surgical treatment will prevent death.

However, the term is also used in photography to describe the time right after sunrise or before sunset, and I caught one of them one night while the boys were at the gym. 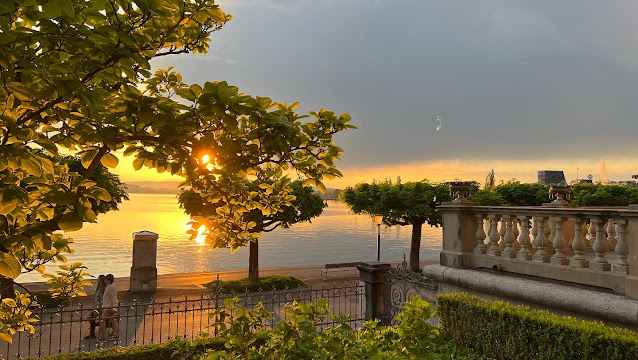 The other day, a friend reached out to me and presented me with the following challenge:

"I'm looking for a nice fireplace in the forest near Lenzburg. But I'm looking for something small for two, not a fancy one from the Internet where it is crawling from people. Just a basic fireplace, where you make fire on the ground, there's also no need for benches and tables. Do you have a tip for me?"

My ambition was sparked. I may not be the outdoorsy type, but hey, I grew up around here, and I remembered a pond we used to visit by bicycle when we were kids. One gorgeous afternoon I set out to check it out and take a couple of pictures for her. I ended up spending a good hour exploring the area and at least another hour publishing an entire blog post about it. 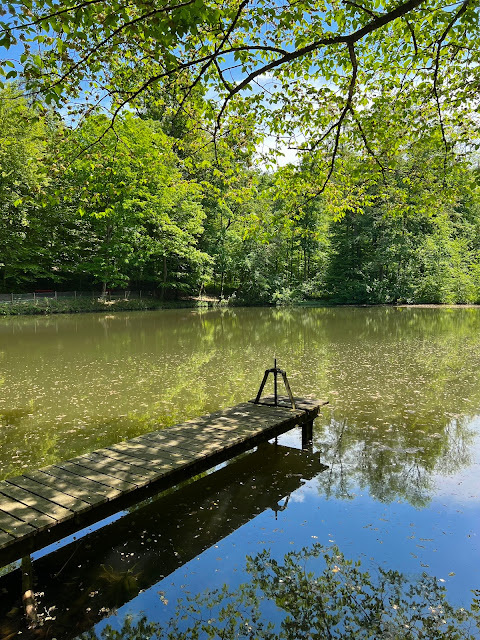 Strawberry 🍓 and asparagus season is upon us, and I remembered a specific Hofladen I discovered during the 2020 lockdown that carries both. A Hofladen is the advanced version of roadside stands. It's an indoor farm store typically offering dairy products and fresh, baked goods, seasonal produce like fruit, veggies and berries, canned and jarred delicacies. I wrote an entire blog post about it back then.
While it's only a couple of miles away on paper, you need to drive across several villages, uphill, through residential areas, which makes you doubt if you're ever going to get to an actual farmhouse, but you will.
Once you have arrived, you'll spend time checking out their products and being at awe how fresh and appetizing everything looks. You put together your purchases, use the notepad and the calculator the family provides and count out the exact cash amount.
Add the drive home and putting your purchases away, you'l have spent an hour ;-) 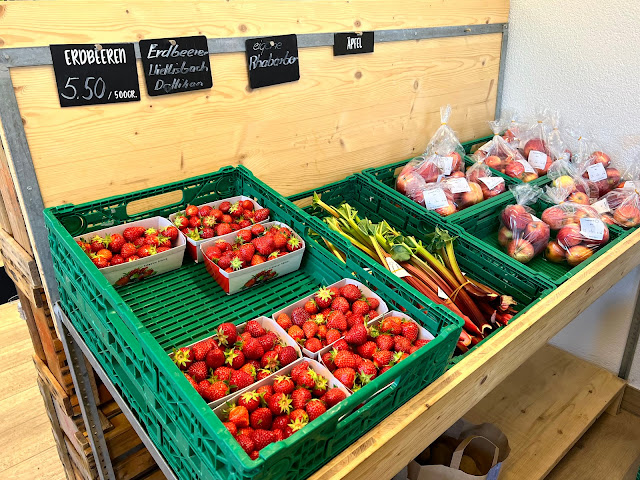 "Mom, may we bake some cookies today?" My teenage boy asked on Saturday morning. I was pleasantly surprised. Just the other day I had experimented with a four ingredient peanut butter cookie recipe and was quite pleased about how delicious they were.

Turned out, he wanted chocolate chip cookies, as per his friends' request. OK, sure. We didn't have enough ingredients, and he offered to go to the store. If I was even more surprised, I didn't let on. I did, however, think, there must be a catch.

How could I not have the UEFA champions league finals on my radar? (Soccer, Liverpool vs Real Madrid, the latter won 0:1)

By being a Hockey Mom, that's how.

It has become a tradition that he and a handful of friends, get to spend this special night at the triplets' house. So I put the guy to work, and he did a great job. Probably took him longer than an hour to shape the dough balls, but hey, he asked for it! 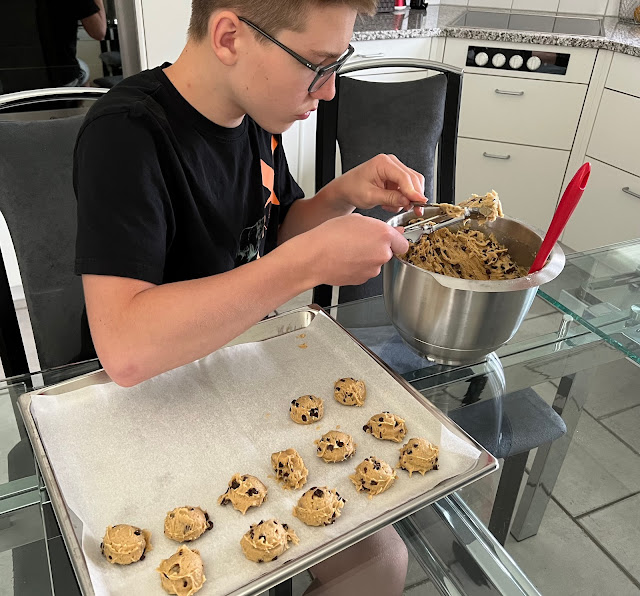 These were my five. I liked this prompt, and for once I didn't have the challenge of narrowing down a dozen pictures, but of coming up with photos that match the assignment.
I hope you had fun with them as well. Please also check out my fellow bloggers' pictures.