L is for London 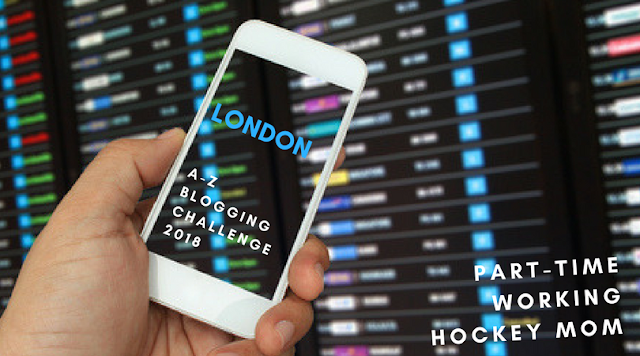 Welcome back, to the letter L of this year's A-Z challenge!

After yesterday's South African Safari we are doing a city trip today. L is for London, England.

By the way, if you're anything like me, you may get confused at times. What exactly is the difference between England, Great Britain and United Kingdom again?

England – a country within the UK.
Great Britain – an island situated off the north west coast of Europe.
UK – a sovereign state that includes England, Scotland, Wales and Northern Ireland.
British Isles – a collection of over 6,000 islands, of which Great Britain is the largest. 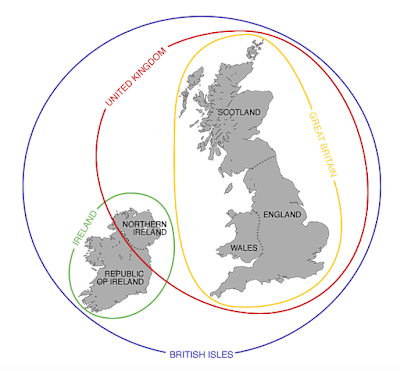 Welcome to London! What are we doing today, should we go to the movies, pardon, the cinema?

Quickly, tell me some movies that play in London?

OK, that was great. Now tell me some movies that play in London without Hugh Grant in the male leading role?

Sliding Doors, Bend it like Beckham, Mary Poppins, Harry Potter, A Fish called Wanda, 1984 and pretty much any James Bond. 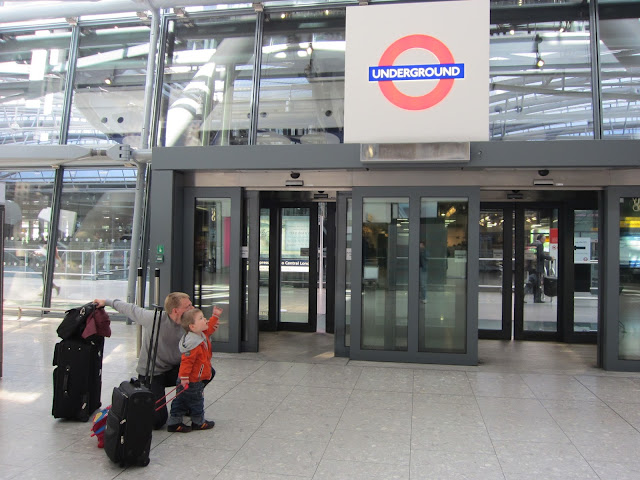 So, you have a couple of days, and you want to see London? Great! Here's a list, and in order to keep it somewhat short (haha), I didn't enumerate the museums, you're welcome:
What if you're traveling with a 2.5 year old?

It's not going to happen. After feeling let down at Paddington Station - "whe'e is Paddington, whe'e is the bea', I want to meet the bea'!" he lost all faith in this city.

Rent a car and drive southbound to Hampshire, purchase tickets for Paulton Park, home to the world’s first Peppa Pig World with themed rides, a large indoor Playzone and even Muddy Puddles to jump and play in! 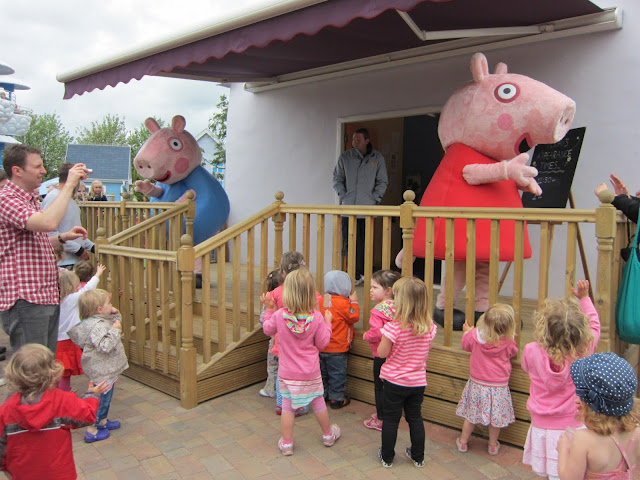 Back in the city, ride the fascinating red bus with the flags all day long! 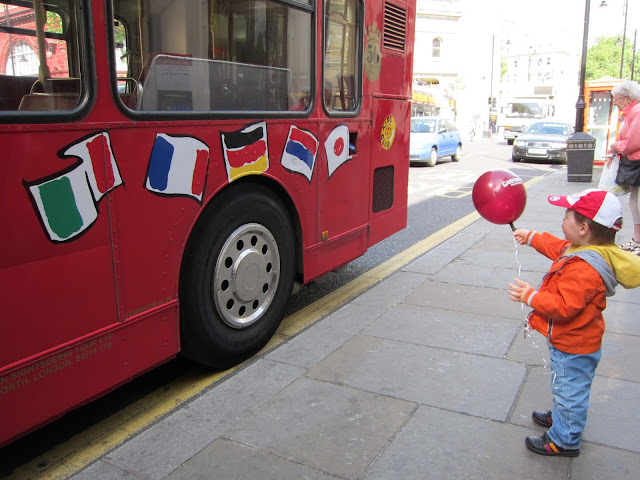 Only get off for food and pee breaks, snap your pictures as you go! 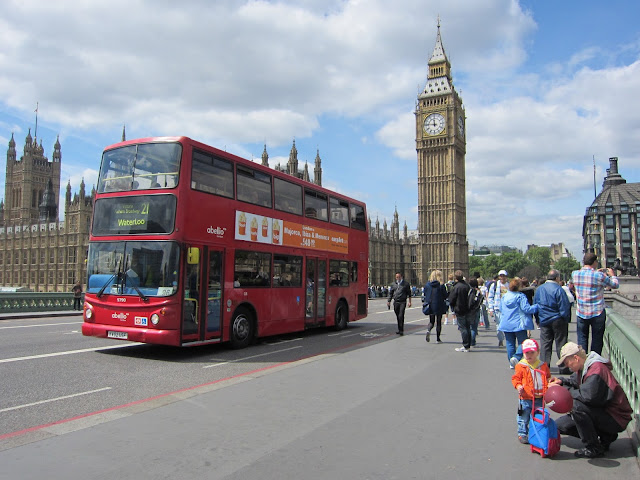 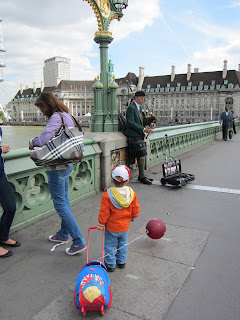 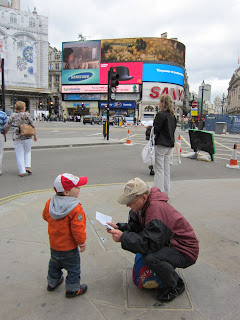 Before heading home, insist to visit Stonehenge. Have your toddler take a picture. 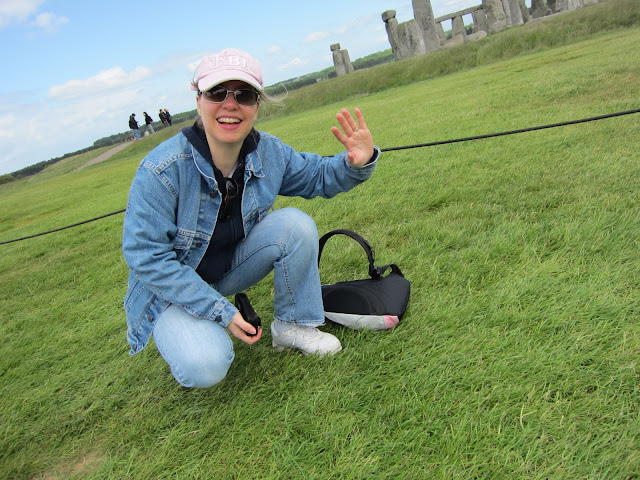 Take another one yourself, for good measure. 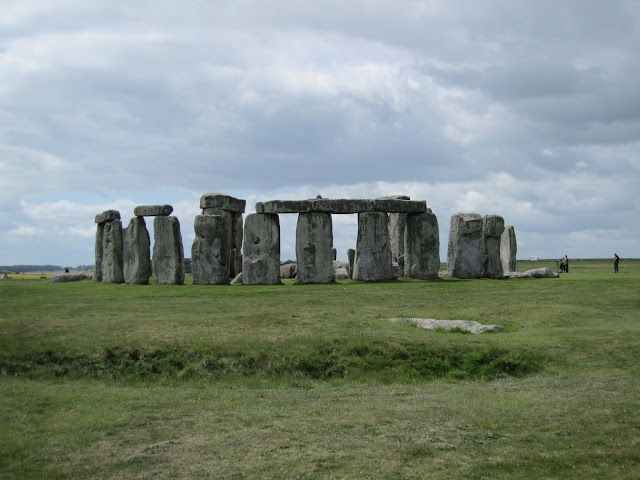 Plan to come back once he's older and appreciates all the great stuff London has to offer!

I really enjoyed looking into South African and Canadian English, so let's see what differences there are in British English: 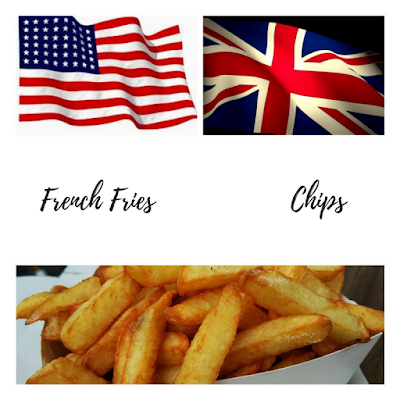 And of course what Americans call Chips are Crisps in England! 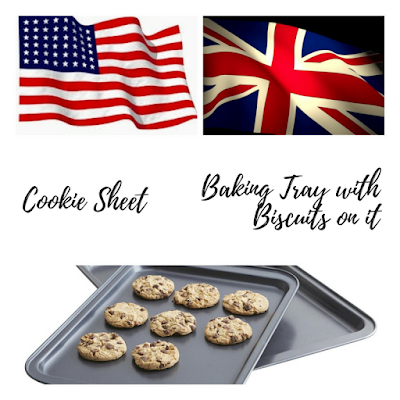 A biscuit for an American would be soft, leavened bread that in England is simply a roll. Or not. Wait a minute: Bap? Batch? Bridie..??? 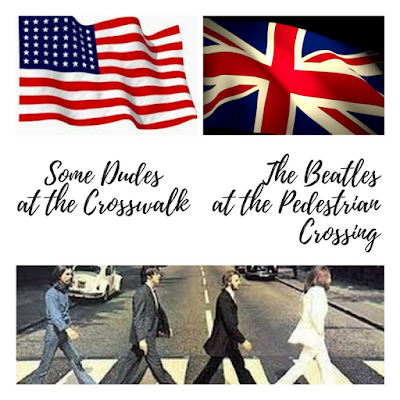 Not just any ped x-ing, mind you. Abbey Road!

I could go on and on, I think it's really fun, but I'll let you go about your day if you promise to be back tomorrow for M is for Miami, yay!

Have you been to England? Do you have a favorite place or activity? Please share. Also let me know your top Beatles song. Mine is probably twist and shout. Or a hard day's night. Or...