M is for Miami

Welcome back, to the letter M of this year's A-Z challenge!

Yesterday we spent some time in London today we're off to Miami, Florida!

For many Europeans Florida is their go-to destination to escape the dreary winter. Departing from Zurich, Switzerland, it's a 10+ hours' flight, but only 6 hours of time difference - more bearable than the West Coast!

When I visited Miami for the first time in 1998, I was stunned that within the first few hours upon my arrival the only language I would hear - and be forced to try and speak - was was Spanish! Ground transportation staff, bus drivers, night receptionist at the hotel, nobody was talking English.

I had a couple of days to explore the city, and immediately I discovered my favorite places to hang out: 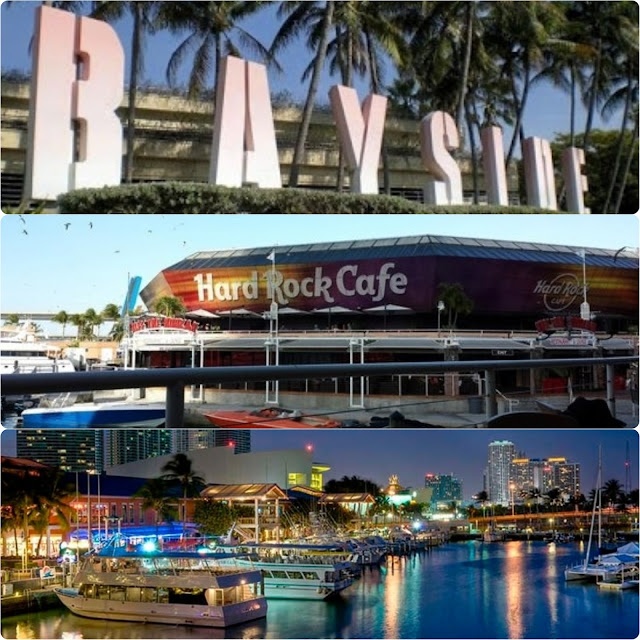 Following the Rickenbacker Causeway you end up at Key Biscayne, from where you may board a tour boat to visit the overwater bungalows in Stiltsville, very fitting name, haha. Rumor has it that during the Prohibition Mr Al Capone and his buddies were doing some gambling and storing liquor there. 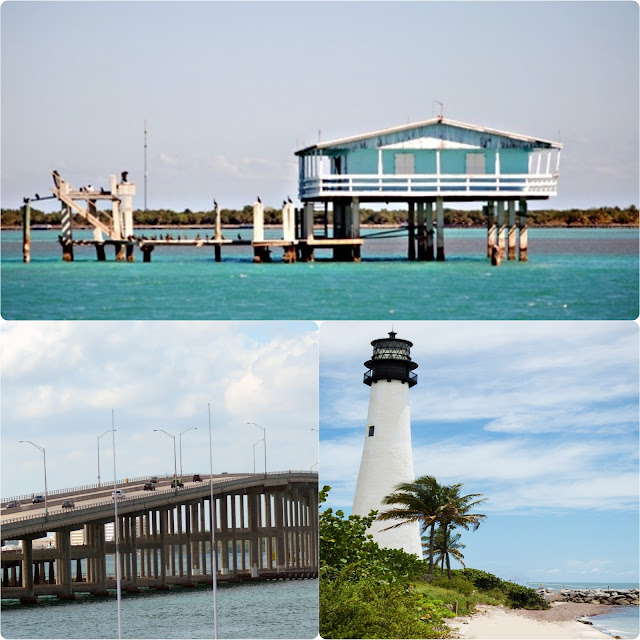 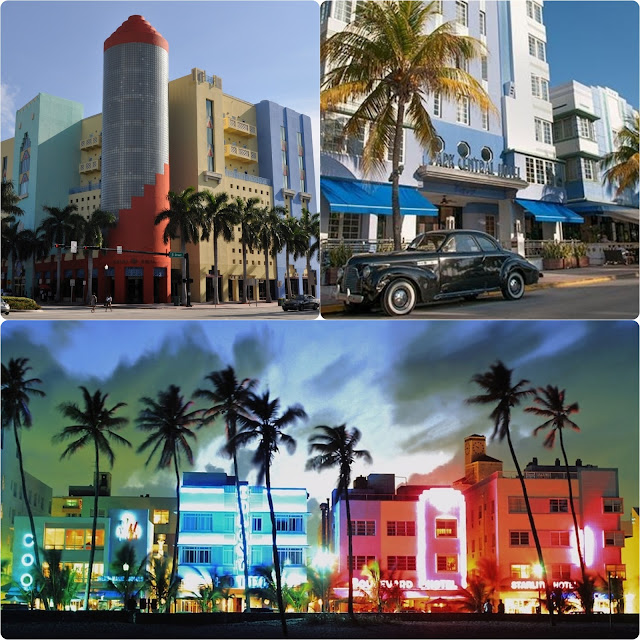 Off to Key West, the Southernmost point in continental USA, only 90 miles from Cuba. The journey?  3+ hours, 165 miles, of which the most memorable part is the Overseas Highway across a 113-mile chain of coral and limestone islands, connected by 42 bridges, one of them seven miles long.

My mind? Blown away! So gorgeous! Speaking of blowing, hurricane Irma caused considerable damage last fall. Here's to hoping for recovery of this wonderful area.

While you're there, you kind of have to visit Ernest Hemingway's house. he lived and wrote here in the 1930s. 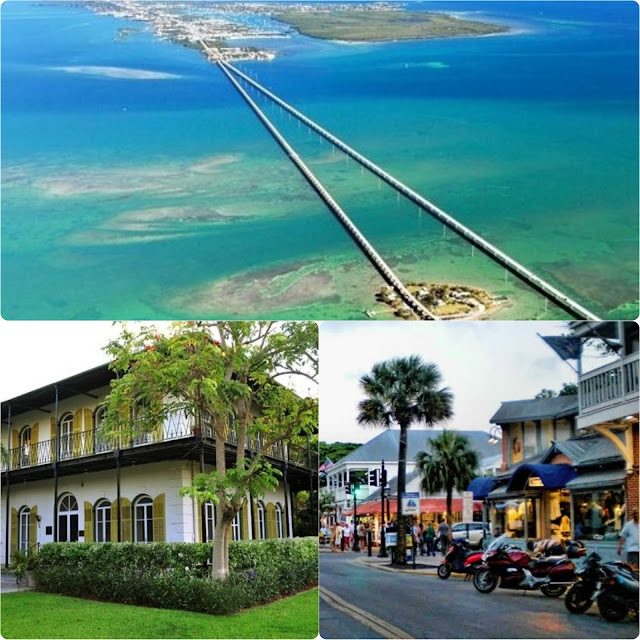 Some of the great things about Miami is that distances to other cool places are manageable. In theory you can go to Key West and back in one day, but you're missing out if you're not having dinner and spending the night.

Driving northbound for a bit over half an hour you'll get to Fort Lauderdale which is awesome because it felt like every house is not only connected to a street but also to a canal. I hate to repeat myself, but this also blew my mind! 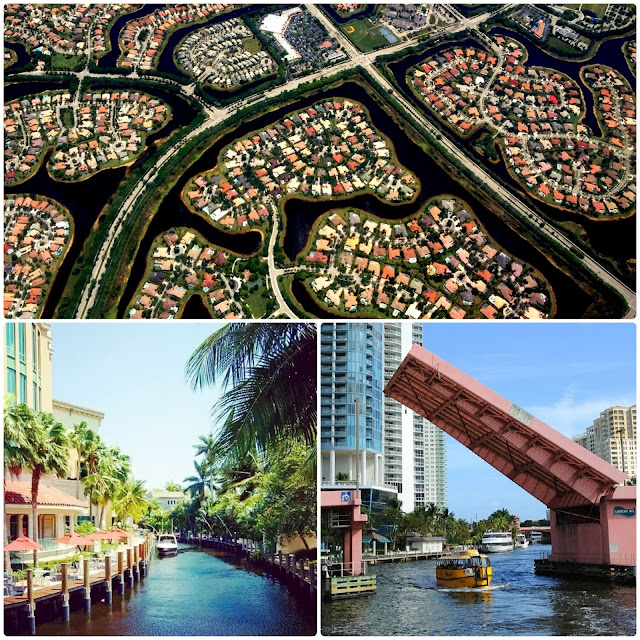 A 4+ hours' drive away from Miami, and you're at the happiest place on earth, Disneyworld in Orlando with its Epcot Center, Animal Kingdom and Hollywood Studios.
While Disney is certainly fun, it's also expensive and time consuming, you may find just cruising along the International Drive entertaining enough: there's an upside down Wonderworks building and other quirky attractions.
If you don't mind spending some money you may visit I-Drive 360 Orlando Eye observation tower and ferris wheel, Madame Tussauds, Ripley's believe it or not, Congo River Adventure miniature golf, the works.

Other fun Orlando attractions are of course Universal Studios and Sea World. 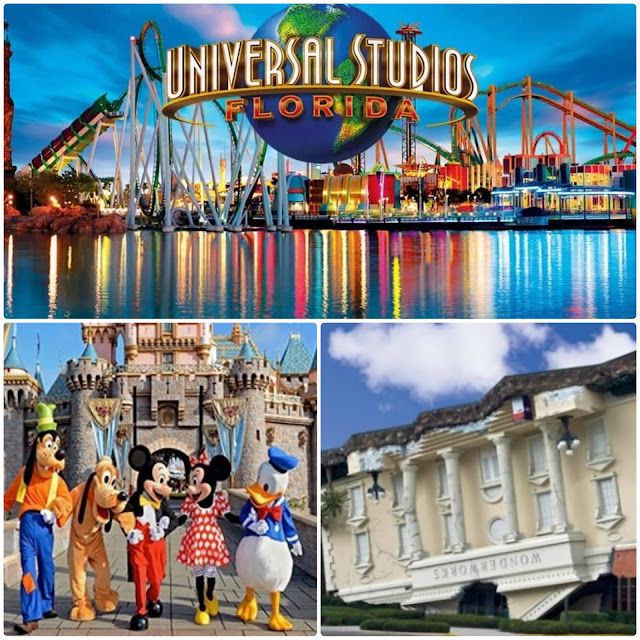 At some point you may want to escape this artificially happy entertainment bubble and head to Kennedy Space Center. It's less than an hour away from Orlando and a great contrast. They take you on a guided tour during which you will learn so much about astronaut training, preparation activities and rocket launches, and if you're really lucky there will be an actual launch during your stay in Cape Canaveral. We timed our trip that way when we visited in 2005 I believe it was, it was just awesome! 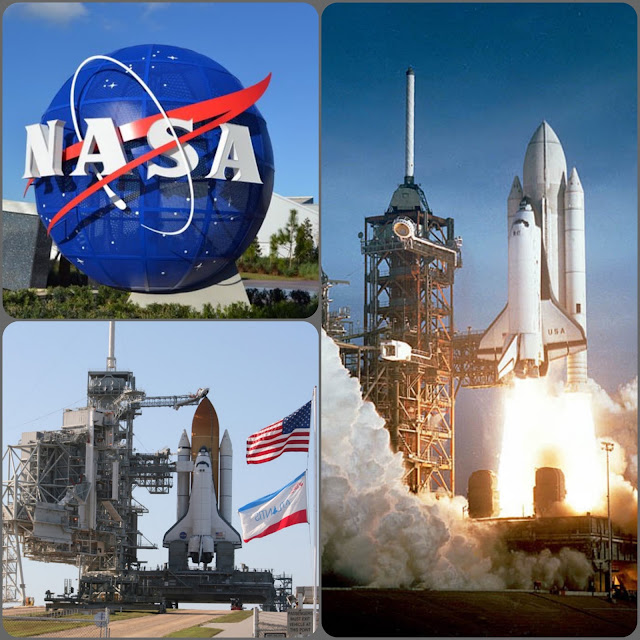 I'm wrapping it up now, folks. Florida is much, much more than the bits I have been talking about. The Tampa / St. Petersburg area is wonderful to visit, and the entire coast  along the gulf of Mexico, Sarasota, Venice, Naples is very relaxing and has super nice beaches! Let's not forget to mention the Everglades because this is the perfect way to say:

Tomorrow we're enjoying a much deserved day off, and we'll meet again on Monday. I still have to decide if N is for Niagara Falls or Nashville.

In the meantime here's the link to the other M posts.