Oh, the Places I've been!

October 30, 2018
It's been a while that I've participated in A'lil Hoohaa's monthly photo blog challenge. This month's theme being oh, the places you've been, colliding with my being back from our road trip, calls for action though.

We did roughly 1,677 miles or 2,700 km, 30,000 IHG points, 9 NHL hockey arenas, 5 different steakhouses, one planned and one totally surprising meeting with a friend, but let the pictures do the talking...

Our two days in Toronto (where we arrived) were all foggy, so there is no CN Tower picture. It was still gloomy, yet spectacular at Niagara Falls! 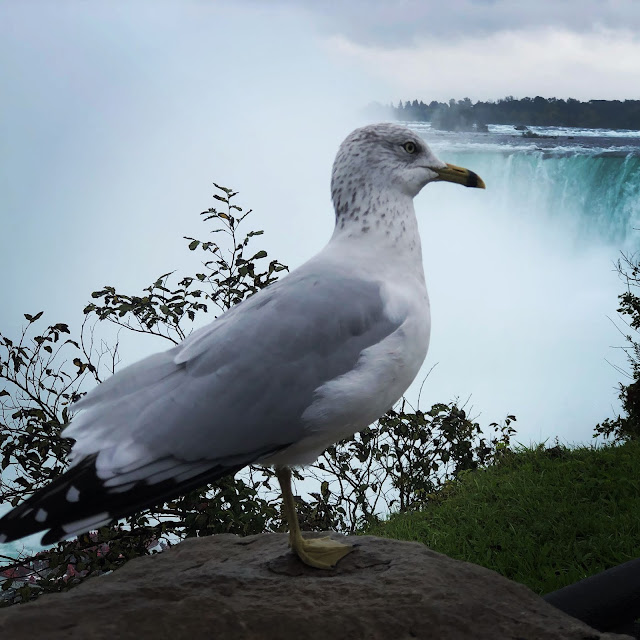 Undeniably husband and son's highlight was our night out at Pittsburgh's PPG Paint Arena for the Penguin's home opener vs Washington Captials, and what a night it was! Just to see #87 Crosby play! Lots of goals and an overtime win, too! 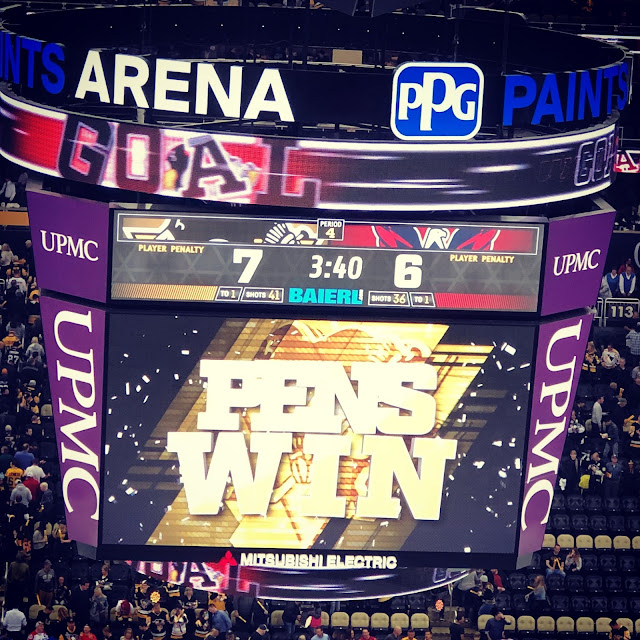 We stopped at Washington D.C. and visited the usual sights.

My highlight was the extended lunch with my longtime online friend and her son at Philadelphia's King of Prussia Mall plus visiting one of my travel bucket list items at the Love Park. 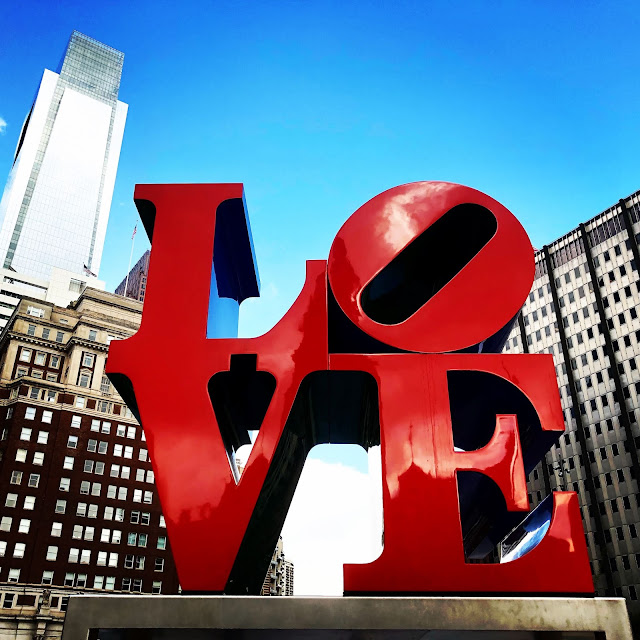 Being a huge fan of "Sleepless in Seattle" I couldn't pass up the chance of finding Meg Ryan's character Annie Reed's house in Baltimore, and we did!

My only stay in NYC so far was not very memorable. One of the reason was a four day raining streak, rude people, exorbitantly high prices for everything, you get the picture. Well, the money part didn't change, but we got our one day of perfectly blue sky. Look at that! 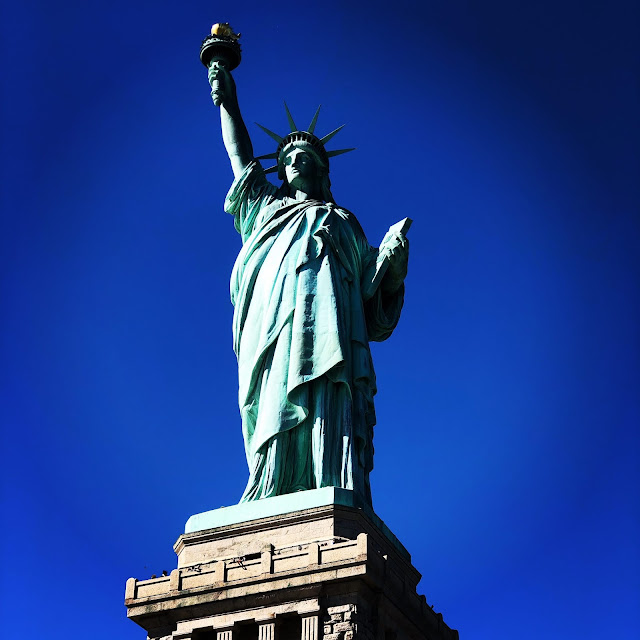 As I was saying, it was one blue sky day, and that had to be enough. I googled for the best spot to photograph the Brooklyn and the Manhattan Bridge, and knowledgable people sent us to the corner of Front and Washington Street. where a Swiss friend spotted us through the crowd. One in a million odds, right? PS: look closely, you can see the Empire State Building through the bridge's legs! 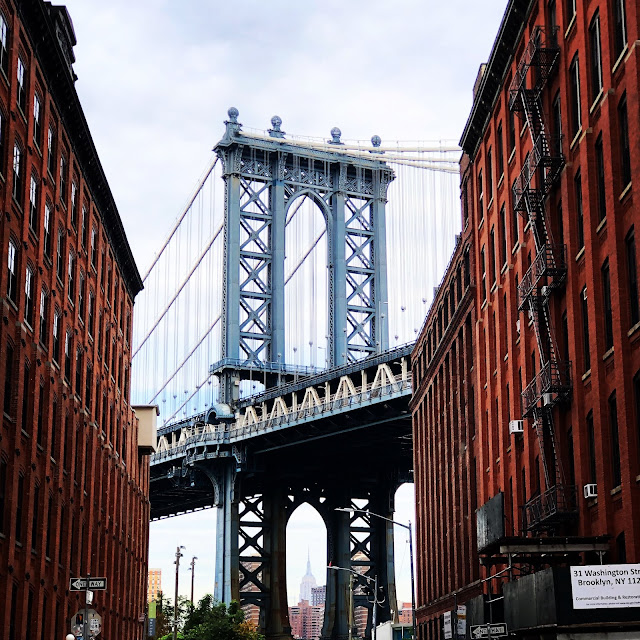 Bonus picture - you know I'm always having a hard time limiting myself to five - this adorable duck house at Boston harbor caught my attention. We had encounters with homeless people, some of them in bad shape, and it made me think: us people take very good care of our pets, we even feed the ducks and build houses for them, and yet there are human beings living under terrible circumstances. Some may be victims of their own bad life choices, but still. I don't know what makes them go on every day. Do you have answers? 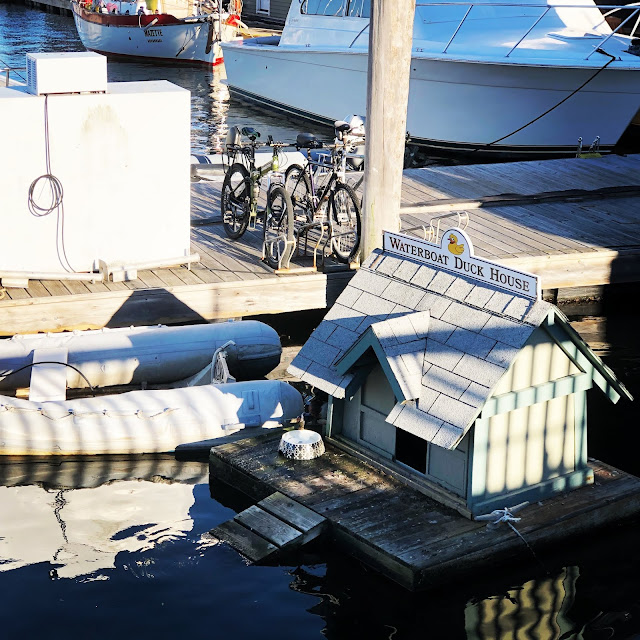 Thanks for traveling with me, I hope you had fun! Now head over to A'lil Hoohaa and check out the other posts.