July 31, 2019
Welcome back to another episode of A'lil Hoohaa's monthly photo blog challenge. This month, PJ, our host, picked "Patriotic" for us to interpret.

This may be interesting for my fellow participants who mainly live in the U.S. and Canada. I was born ad raised in Switzerland, and after spending some time in California, I am back in my home country. For this post, I asked myself "what makes me proud to be Swiss? What makes my country unique?"

Or the other way round. Switzerland prouds itself not to interfere in other countries' conflicts, but to provide diplomatic platforms to discuss peace efforts.

Many international organisations such as the United Nations, the Red Cross, Médecins sans Frontières, you name them - they're located in Geneva, Switzerland.

On the other hand, let's not kid ourselves. About 30% of Swiss weapon exports, worth around CHF (=USD) 140 million, were bound for countries involved in either internal or international wars, such as the U.S., Turkey, India, Russia, Israel, etc.

And let's not forget our "role" in World War I and II. Switzerland maintained armed neutrality and was a safe heaven for refugees, which is truly great. On the other hand, our banks were hiding Allies and Nazi gold.


I feel like "being neutral" serves our politicians, and even us as a general population, as means to avoid confrontation. God forbid we took sides in whatever dispute. Makes us somewhat spineless. 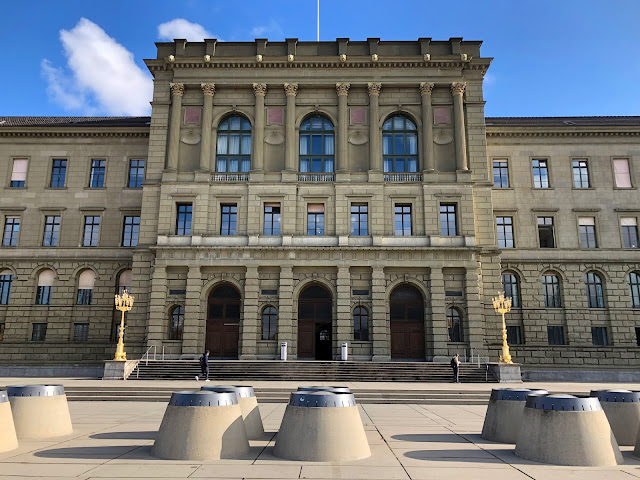 This is the Swiss Federal Institute of Technology, "ETH Zurich". For comparison's sake, let's call it our MIT - I actually found an article stating that the quality of education is equivalent, if not broader.

One of its most famous students was Albert Einstein. After graduating from the same college as I attended, he joined ETH in 1896.

Everybody isn't as smart as my buddy Al, though. Actually, most Swiss people don't even go to college. After nine years of compulsory school, a good 60% of the kids start what we call a Berufslehre, a vocational training with the goal to become a certified hairdresser, carpenter, mechanic, commercial employee, you name it.

For the duration of 3 or 4 years they are apprentices within an enterprise where they learn their job from scratch, rotating departments every couple of months. Typically 2 days per week they attend Berufsschule, the respective school in their field for theoretical training and general knowledge.

Even though I am not an outdoorsy person, and I haven't skied (the ultimate Swiss winter pastime) in over two decades, I don't hike, I don't jog, but I do appreciate our scenery. It is truly gorgeous, and a lot of effort goes into maintaining our beautiful country.


Our poster child for these values is our public transportation system.

No village too small or too far away to be reached by train, bus or boat. The proximitiy to our neighbour countries makes it super easy to hop on a train and find yourself in Paris, Hamburg, Vienna or Milan within just a few hours.

In Switzerland being on time is not optional, it’s pretty much a given. This applies to public transportation schedules as well as to people. No matter if you’re meeting someone for a business appointment or a playdate. 3pm is 3pm, you make sure of that. Yes, there’s gonna be traffic, yes, you’ll have to look for a parking space. Figure it out and leave on time. I have to admit I get pretty  pissy when I bend over backwards to leave the office in time to make it to my meeting only to pace up and down and check my phone for messages such as “running late, will be right there.”

What does “right there” even mean? Five minutes? Half an hour? Should I run and errand and come back? Not happy about this development. I feel mobile phones have contributed to this entitlement of “I get there when I get there, it’s OK as long as I let the other one know.”

Back in the olden days people kept their appointment that they made earlier, using a land line.

All in all I feel Swiss people still take their commitments seriously and will rather not make plans or promises than to break them. I appreciate that. Underpromise, overdeliver.

Unfortunately, oftentimes, medical institutions don’t feel they have to uphold that standard and will invite three “patients” (note, they’re patients, not customers) at the same time. First person goes into the doctor's office, the other two wait. And wait. And wait. I’ not talking about exceptions like when the doctor has to take care of an emergency. I’m talking about a general habit. Not amused. I’m busy, and my time is valuable, too.

On the plus side, our healthcare (while a bottomless pit in terms of costs) is pretty amazing, especially compared to *other countries*. If you're unfortunate enough to become seriously ill or suffer a terrible injury, at least you're not going bankrupt in the process.

Not every Swiss person defines "diversity" the same way. Our right wing traditionalists like to limit diversity within the Swiss borders: our languages, cantons and customs. The federal wrestling festival is coming up next month. A super Swiss event about traditional breeches lifting and yodel music that only takes place every three years. Guess what, the website? Not available in English.

Somewhat typical. Let's keep this to ourselves. And for God's sake don't engage in these terrible commercialized "American" holidays like Halloween. You've heard right. People don't know what the heck they're talking about, but they feel super suspicious and adverse towards the unknown. Too bad.

Now in order to uphold my blog’s theme, let me just say, we have some athletes in Switzerland whom we are pretty proud of. Roger Federer is certainly our poster boy, but our hockey team doesn’t need to sell itself short. They reached the world championship finals in 2013 and 2018, unfortunately losing to Sweden both times. Still an awesome achievement! (This is picture number 6 aka bonus picture...) 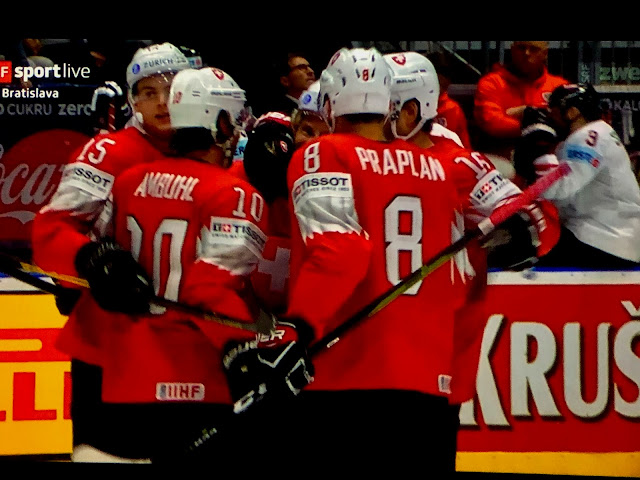