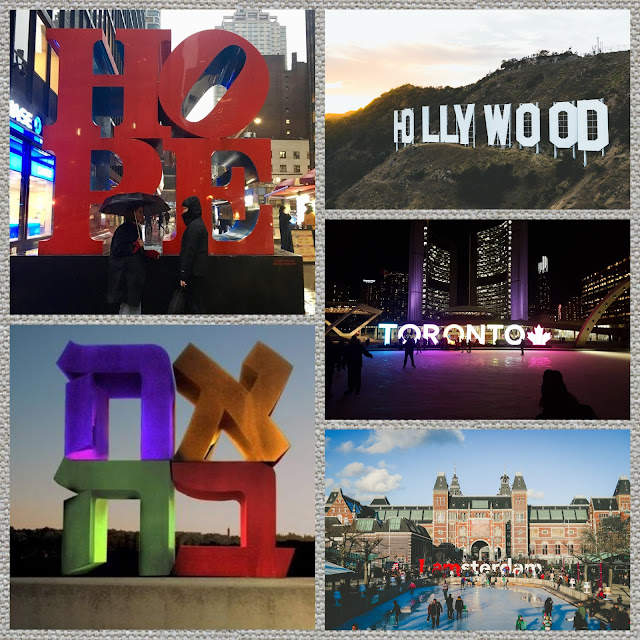 Welcome back to another episode of A'lil Hoohaa's monthly photo blog challenge. This month, PJ, our host, picked "The Written Word" for us to interpret.

Now that's what I call a challenge! It's not that I didn't have ideas - it's the lack of time and money that prevented me from pursuing them. Just a teaser (mostly for myself, uugggghh, getting itchy feet here!)

I would have loved to take the shots I put together in the above collage, in clockwise order (in bracket due credit and thanks to the photographers):
Wouldn't that be a great trip!!! Y'all know I have a thing for the LOVE sculptures.

Instead I had to keep it simple and local, so what I did - while hubby and son were away on their annual Fathers and Kids weekend, along with two dozen other families - I drove a good three hours to Martigny in the French part of Switzerland. I blogged about this trip in case you're interested. Spoiler alert: you'll get to see the Matterhorn!

In 2013 the Fondation Pierre Gianadda purchased one of Robert Indiana's LOVE sculptures, so that's what I visited. It is smaller than the one in Philly that we saw last year, but very pretty in this park setting. 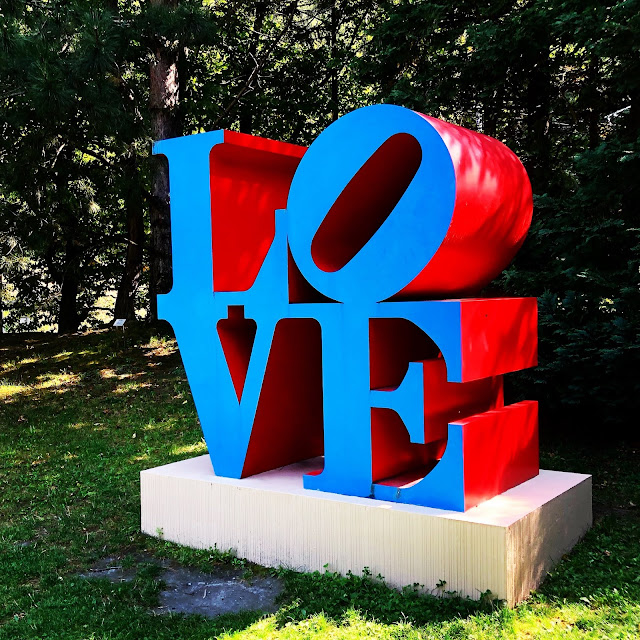 Speaking of Robert Indiana, who knew his ART sculpture has been displayed practically in front of my doorstep, well, in Zurich's financial district? Personally I prefer the bold LOVE and HOPE letters, but this is interesting, too. Why was it placed in front of a bank, though, and not in a more artsy setting? Was it a question of money? 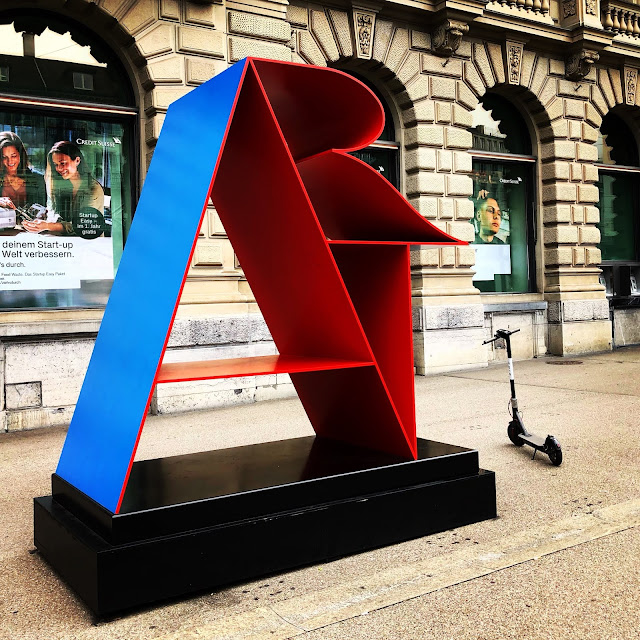 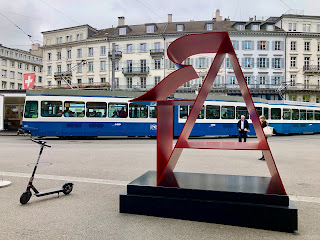 While I was in the French part of Switzerland I visited the Queen Experience. Not the Queen of England, mind you, Queen, Freddie Mercury's band. It's located inside the casino of Montreux. I found the sign scenic enough to feature in today's challenge. 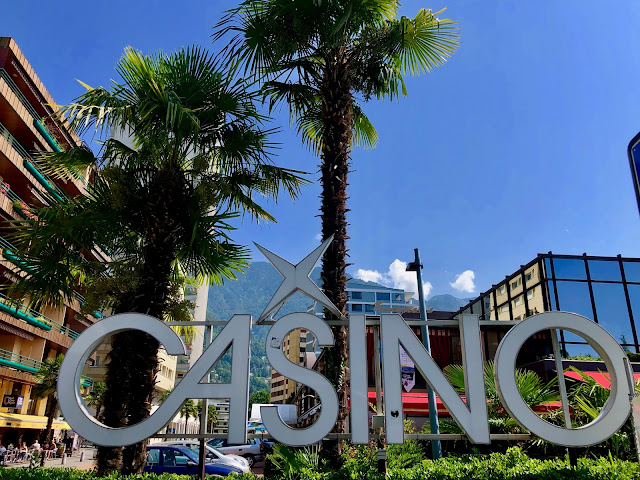 Back in the German part of Switzerland, from where I live it's a good 1.5 hours' drive to Rapperswil which is located on the upper end of Lake Zurich. It's known for tis medieval monastery and to be the home of the largest Swiss circus, Knie, and as such there is also a permanent zoo that is mainly focussed to please the kids.

The day I went there, however, I was on the lookout for the giant letters on the cobble stone piazza that spell different words every few months.

Looks as though the town can't wait for Halloween... 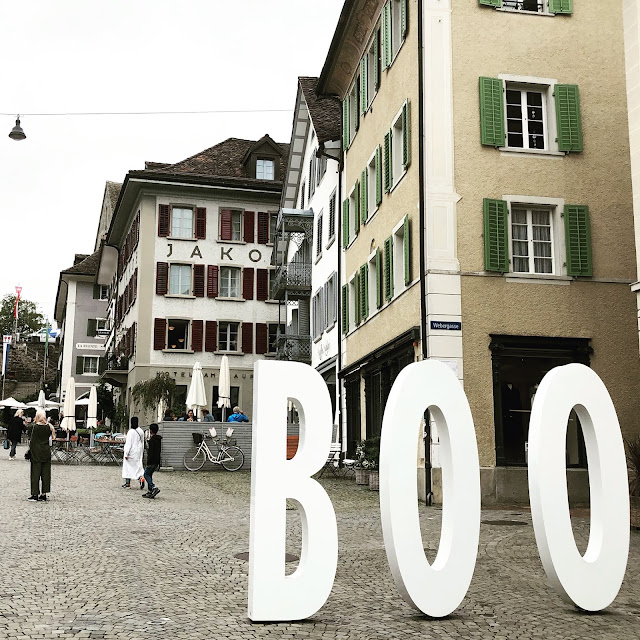 In all reality what it says, however, is "Dracheboot" translating as dragon boat, and they're referring to the dragon boat race that is going down this very weekend. 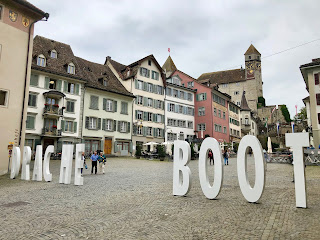 To wrap things up, here's a shoe combo I want to show you. I consider myself being more of a purse girl, but Louis Vuitton just doesn't seem to be into word plays? 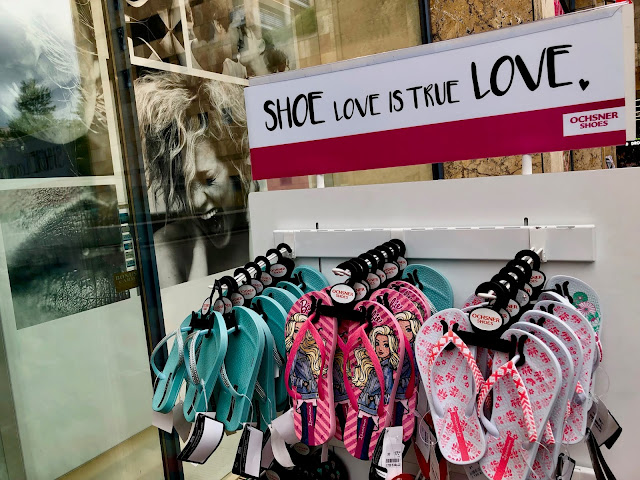 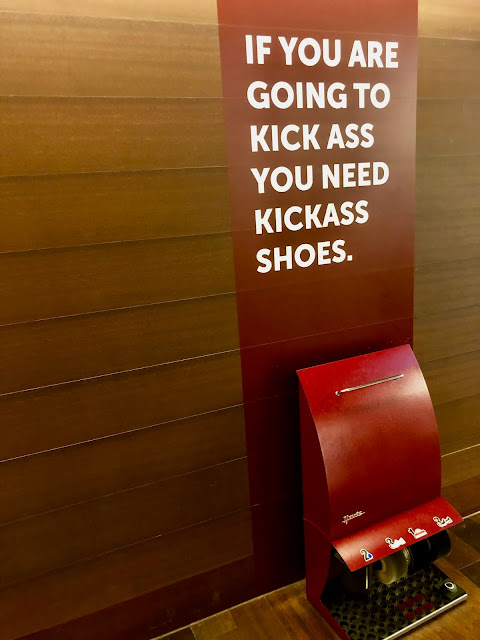 I'm gonna take this as my motto going into the next month!