Welcome back to another episode of Blog with Friends - this month's theme is wishful thinking.

In today's post I want to take you beyond  Wishful thinking - I want you to  make it happen!

So here's what we're going to do:

Imagine you're winning the proverbial millions at the casino or you got lucky with your lottery ticket, who really cares at this point? Even after taxes and paying back credit card debts, student loans, mortgages, what have you, you still got tons and tons of money, so you may quit your day job, get your kids through college and live comfortably until you turn 100 years old.

What do you do with your life and your money?

Think big, come on, you can do it!

Let's do a dream board!

What is a dream or vision board? Gotta love Wikipedia. They even got this one covered!

It is a collage of images, pictures and affirmations of one's dreams and desires to serve as a source of inspiration and motivation and to use the law of attraction to attain goals. The usefulness of vision boards has been endorse by celebrities such as Oprah Winfrey and Steve Harvey.

If it works for Oprah it may darn well work for us, right?

So go out there and put together a bunch of pictures, and be creative. I know some of you like to do scrapbooks and crafty cards, this is your cue to go crazy, don't hold back! 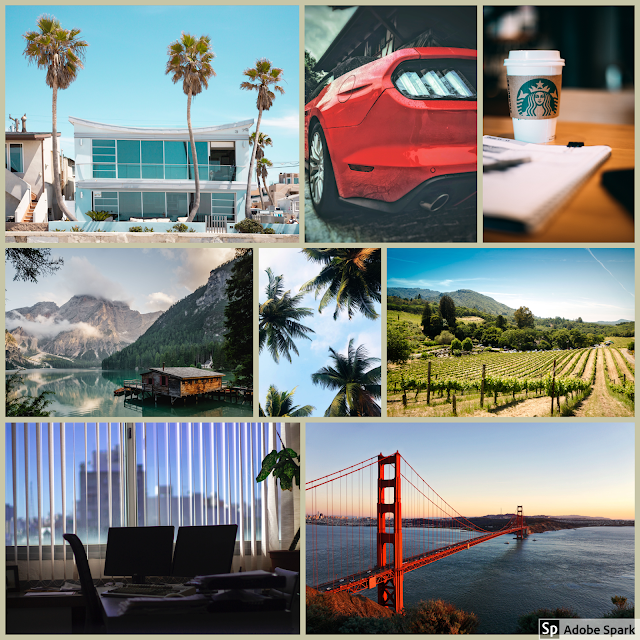 I had an HR / Recruiting friend who loved to ask the "what would you do if you won the lottery" question - she believed whatever the candidate's answer was, revealed the person's real motivation and predicted their loyalty.

So if I ever had to interview with her, and I had told her "I'd pack up my things and left for a lengthy trip" I wouldn't have gotten a job with her.

What I liked about this question though: most of our dreams can be realized - just on a smaller scale:


So I want you think about the little things that may contribute to the feeling of happiness and achievement you're aiming for!

Unfortunately something tells me this'll only work for somewhat materialistic things.

I mean, you're totally welcome to put "cure cancer", "stop hunger" or "save the world" on your dream board. It won't hurt anyone. Actually, who am I to say you can't do it? Go for it, the sky is the limit!

This is one of the reasons I like this month's topic so much.

I have a lot on my mind.

Long term readers may remember Mael, the boy who is in Colin's age. He suffers from Niemann-Pick's Type C disease. For the past two years he's been lucky enough to participate in a clinical study for which he had to travel to Birmingham, England, every other week to get his treatment. In the beginning they put him under general anesthetic in order to apply the drug into his spinal cord. Last fall he was given an intrathecal port to make the treatment less invasive. It was a blind study, meaning he didn't even know if he was actually getting the drug or not. His family was convinced he was getting the real stuff, though, because his condition was pretty stable, at the very least it didn't deteriorate.
Why did I say "was"? Because the family just got notified that the study, following a preliminary finding by the agencies of an unfavourable benefit / risk balance, has been suspended. Now they're left with nothing hope.

A friend and his girlfriend left the house the week before last. They were just running an errand in the next town. When they wanted to pull into their street, they were greeted by a firefighter. "You can't get in here, a house in the neighbourhood is on fire, we're busy putting out the blaze. Please turn around and park down by the public swimming pool." They asked which house it was. The fireman gave them the address. They didn't know whose house it was, but they were relieved that it wasn't theirs.

Talk about a case of dyscalculia. As they approached their block, it became clear that it was in fact their house that was on fire.
While not everything was completely charred - he insisted to salvage his computer and take it to our office so we could possibly restore his business data - most of their personal belongings were so badly damaged that they have to start from scratch. They were lucky this didn't happen during the night, they were told. There wouldn't have been enough time to get out.
They're also in the lucky position to get temporary housing just a few houses down the street for a couple of weeks. Things can be replaced, but the money, time and effort it will take to deal with insurance companies, forensic experts and banks until reconstruction can begin... Also their sentimental value items are destroyed.


One of Colin's hockey team mate's Dad has been diagnosed with ALS, aka Lou Gehrig's disease.Stephen Hawkins ultimately died from it not too long ago, and he way exceeded his life expectancy. Colin's friend's Dad used to work as a sports instructor of all jobs! The last time I saw him he was walking. This past weekend he attended the boy's hockey game and his wife pushed him in his wheel chair. Just heartbreaking. All the money in the world can't cure him. If you're looking for a silver lining here... In 90% of the ALS cases the disease is not inheritable, so Colin's friend and his younger brother probably don't have to fear to get it as well.

So I guess my point is:

If you're healthy and have family and friends, you already won the big lottery.

So tell me - what's on your dream board? What little things do you do to get there?

Before you take off, please check out my friends' posts: 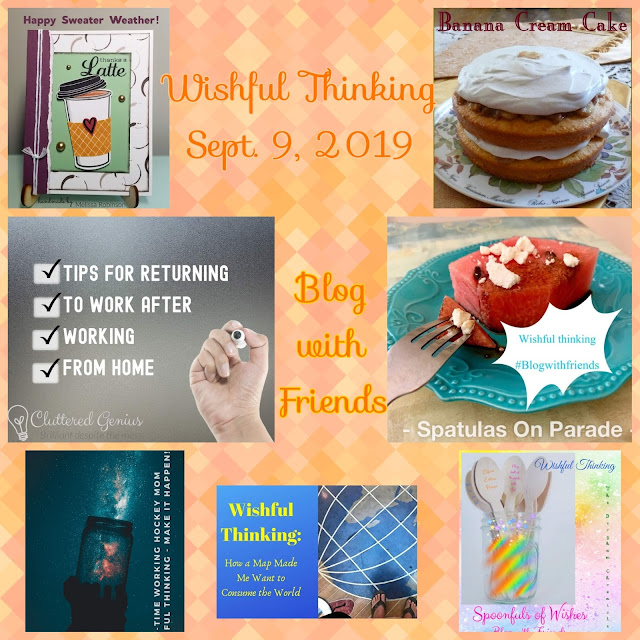