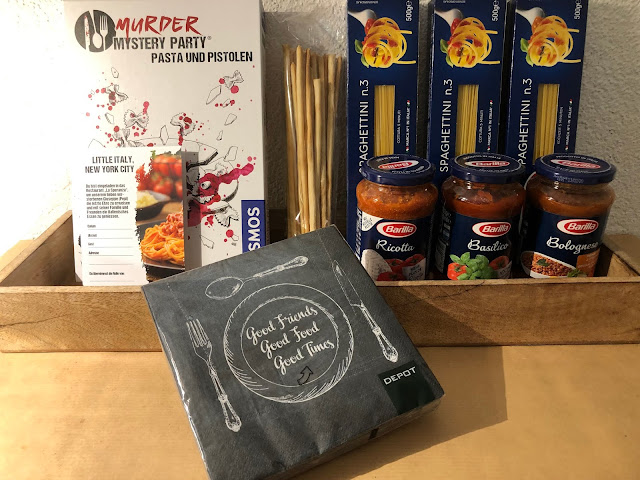 Every year it feels like the time that passes between back to school and Colin's birthday becomes shorter. Also every year my coworker goes on vacation during that time period. Meaning I have to work as full time as possible with no air for birthday preparations.

Well, this guy who turned 11 took some of the preparations into his own hands. More about that in a separate blog post, though.

Let's start at the beginning. His birthday is September 17.

On Tuesdays he always goes to my parents' for lunch. My Dad made it a point to cook not one, but two spaghetti sauces from scratch. Who's a lucky guy? 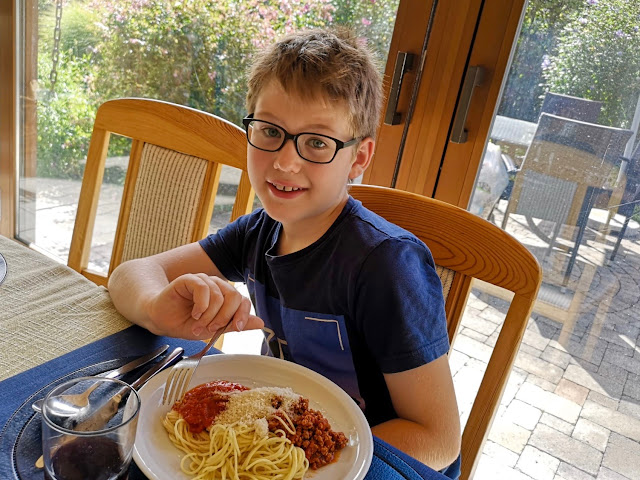 After school he brought his girlfriend for cake. So I heard. 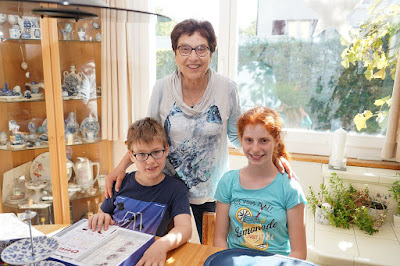 I picked him up for practice, and - wonder of all wonders - traffic was super smooth, which left us with a little time for happy hour. 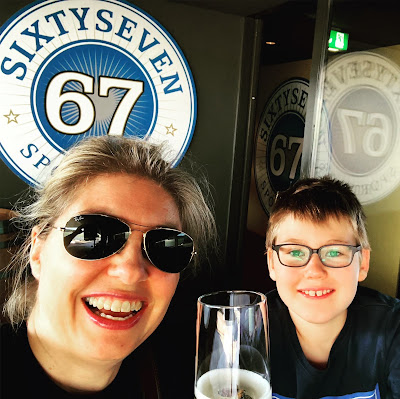 They trained hard and did so well! 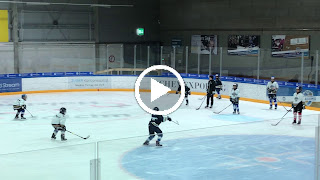 Much deserved pizza with his buddies. What's with the empty seat next to mine? I saved it for the boy who moved back to Australia last month. He is missed! 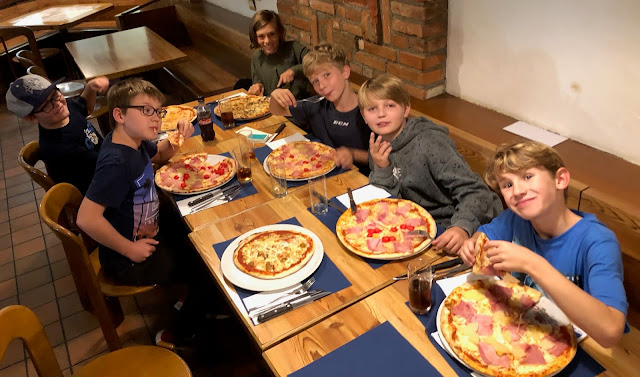 I couldn't get over this scenario.... 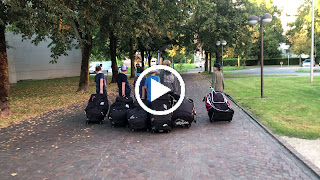 We watched the middle period of the "big" game, too. On our way home we listened to radio commentary. Our team lost 5:6 to Lausanne. 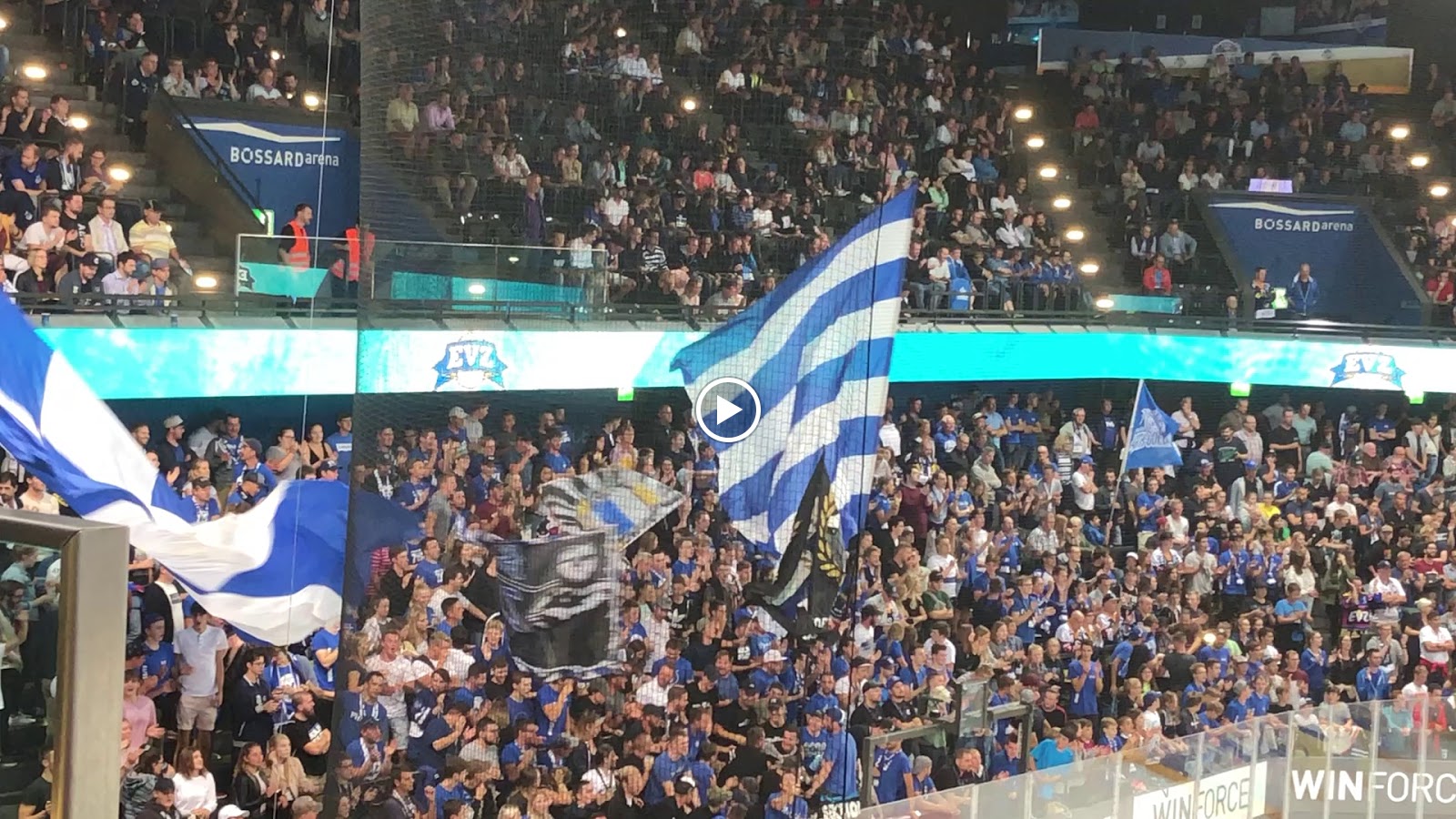 Instead of regular class C and his fellow students learned about the Romans on a field trip to an actual Roman site not far from us. Yes, we basically live next to a history fun park. 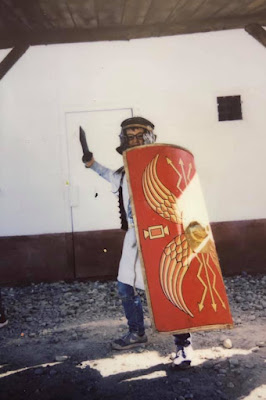 Thursday we met with Colin's Godfather at Hirschli in Baden, a very nice restaurant. It's the only place I know of that offers Sushi and regular cuisine, allowing our family to actually have dinner together. 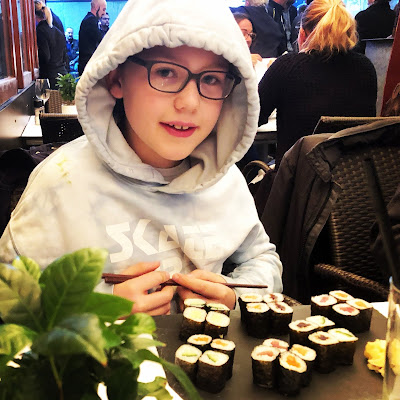 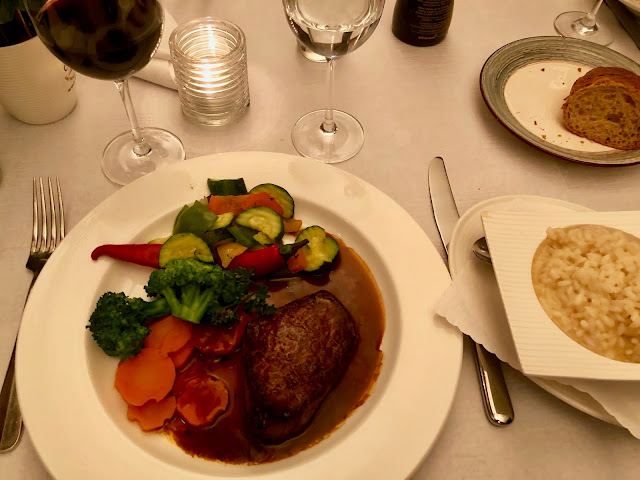 Did you notice sweater weather has arrived? 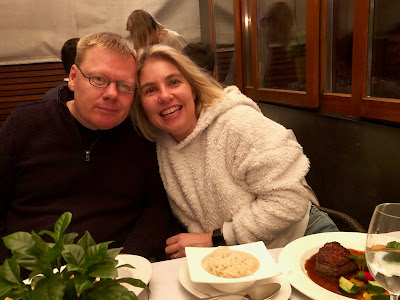 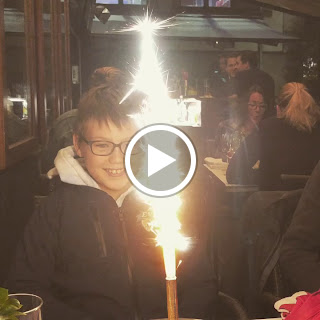 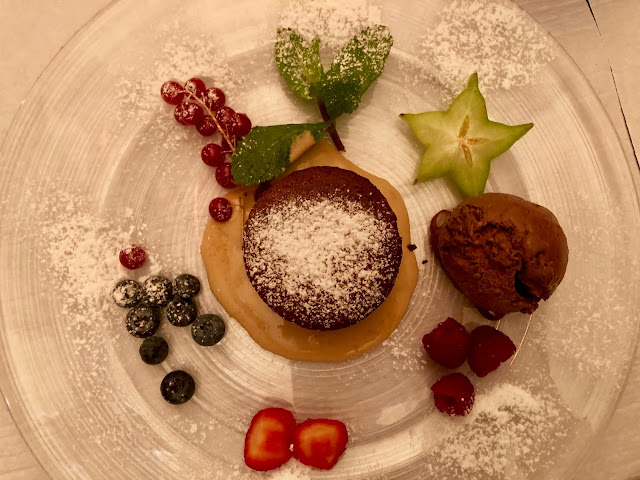 Colin got spoiled rotten. He asked for a soccer jersey and got the entire set! 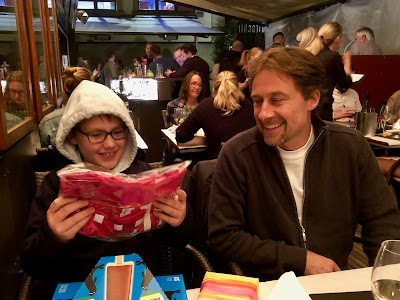 While I don't approve of him rooting for German soccer teams, I admit he does look handsome. 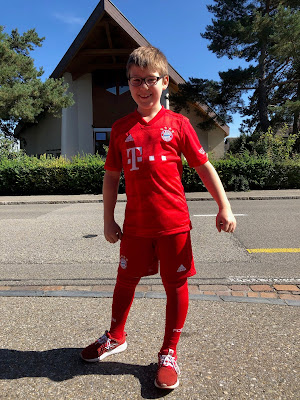 Saturday. Big day! His actual birthday party. We came across a game in a bookstore. It's called "Pasta and Pistols" and it's one of three "Murder Mystery" games that are supposed to be played with / by eight participants. 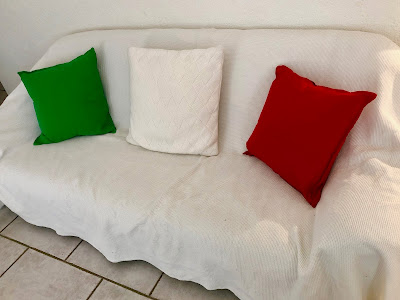 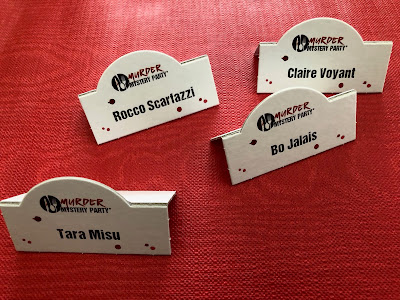 For some the invitations said to dress up for their part. I sooo loved the hat N was wearing. He looked adorable. 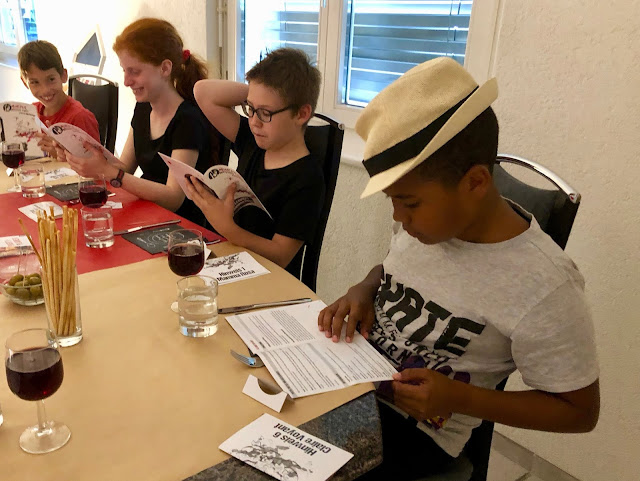 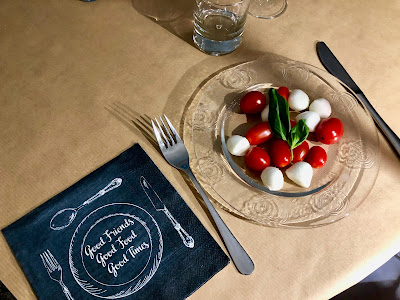 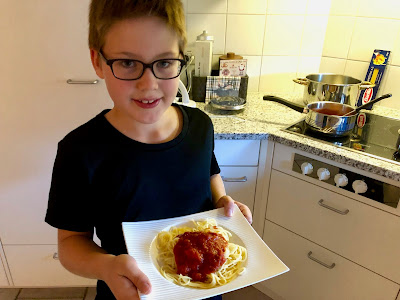 The grape juice that we poured into an empty wine bottle was a big hit. 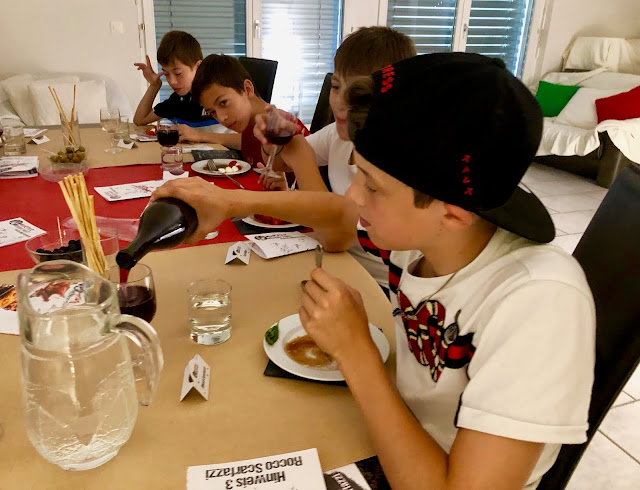 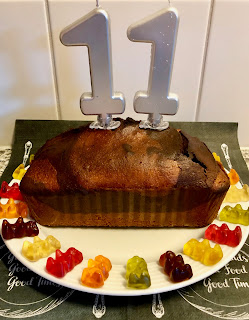 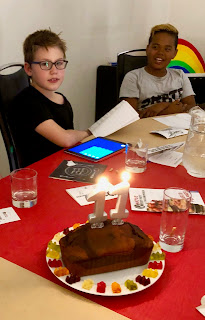 I can't say that I was sad. Colin is the youngest of the group. Most kids are twelve, nice as individuals, and somewhat annoying as a group. It was very loud and chaotic, some preferred to fart, burp and laugh hysterically instead of listening, and I felt sorry for those who actually wanted to play the game and find out who murdered Pepe, the restaurant owner.

I know that I say "enough of those parties at our house" every year. Please remind me as his next birthday approaches!!