Do you have any big plans for the coming year?


It was submitted by: Wandering Web Designer  - thank you, Rena!

Up until recently I didn't think so. Just the usual, same old, same old or should I say same busy?

Then two things happened, almost at the same time, that made me think twice:

We attended a parent teacher orientation on the upcoming transition into middle school or high school. whatever the school may be called that you attend from 12 years of age on.

So far we have been happily living in our village's elementary school bubble enjoying Colin's wonderful teacher.

She believes in having fun with the kids, and she provides a weekly plan that includes pretty much all the homework the students have to do. They get a couple of lessons to work on their tasks, so if Colin doesn't get too distracted, he mostly manages to be done within the allotted timeframe.

Which is brilliant because I usually pick him up right from school for hockey practice, and while he has no problem reading in the car for school, he prefers to read in the car for pleasure if you know what I mean.

By the time we arrive back home, he unpacks his gear, puts on his PJs and settles down for nighttime. Imagine if this was his time to do homework and study for tests!

Back to this school event the other week. These are the subjects for the kids:

This sums up to 34 lessons a week. Geez, how are we supposed to reconcile them (plus homework because I am painfully aware that the elementary weekly plan honeymoon will be so over) with life?

He currently has 31 classes, but as I said that's pretty much "net time". Also this year he's usually off at 3pm which is great for our drive to Hockey Town. 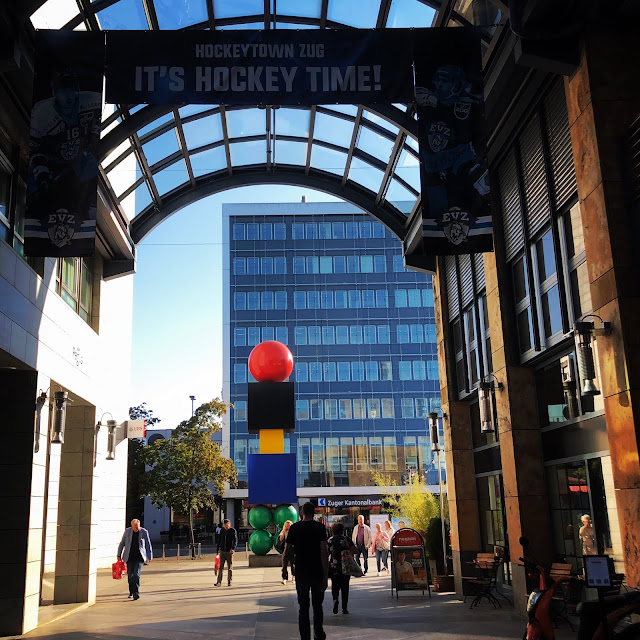 He's gonna have to cut back on practice. They may ask him to transfer to a partner team which is actually closer to where we live, but the coaches are by far not as high profile as ours. Plus he would have to leave his teammates behind. Plus this team's adults play in an amateur league, so even if we get to watch a game after practice, it won't be that exciting.

I just can't. I think I'l just bury my head in the sand.

And when I am done avoiding reality, I'll probably rely on my skills to make the best out of any given situation. And cross that bridge when we get there. Sounds like a plan, right?

The other thing that happened almost simultaneously, were first signs of pre-teen attitude, even though he only just turned eleven and is still a sweet boy - most of the time.

The other day, Colin and I were having a fight.

You know us, we’re usually the most peace loving and balanced people, right?

He was mad at me because I filmed him in the shower yesterday. I know it sounds horribly creepy, but hear me out.

He’s very slow with his bathroom routine. Taking a shower, brushing his teeth, getting dressed, it aaaaaall takes foreeeeeeever.

But: while he’s usually sleepy and quiet at the beginning, as soon as he hits the shower, he becomes this cheerful, bubbly bundle of joy, singing and dancing, it’s so cute.

He showed me bubbles he was making out of shower gel, and he was painting smiley faces onto the fogged up shower door.

The third time I entered the bathroom, and he was still not progressing, I was just gonna threaten to turn off the warm water or something when he started to sing again.

I couldn’t help myself and grabbed my phone.

As soon as he realized what I was doing he exploded.

I immediately realized I had overstepped boundaries and showed him that I deleted the video. I apologized, but he wasn’t going to have it.

He told his Dad he thought I was gonna put it on YouTube. I was like whaaaat, are you crazy?

I feel I am not equipped to handle pre teen rage.

The next incident was just around the corner. He found this party game set called "Murder Mystery Pasta & Pistols". It includes invitation cards, recipes and the actual game.
Perfect for his birthday party.

Of course he wanted to apply the rule we had been using in the past: number of years old = number of invited guests.

Not being willing to accomodate eleven boys at our house, I made myself unpopular for the first time.

Suggesting he'd invite two girls (especially that one) didn't earn me any brownie points either.

The icing on the cake, however, was the fact that he intended to hold his party in the evening, like starting at 6pm, and that he expected Italian Dinner to be snacks, appetizers, different kind of pasta and pizza plus dessert.

I told him I was not a restaurant, and that he was welcome to invite seven of his buddies (because we have eight chairs, meaning hubby and I would have nothing to sit on) from 4 - 8pm (instructions of the game say it takes about four hours. Not even sure if that includes cooking and eating), but that there was no way I was gonna let them mess up the kitchen, and there was also no way I was gonna slave in the kitchen for four hours plus cleaning up.

He didn't appreciate either. When he's in his angry mode his tone gets really bitchy - we call it hissy, and we started to call him out on it.

Like "OK, someone just expressed a concern. Depending on whether it was sweet Colin or hissy Colin, we might react / decide differently." This should give him a chance to start over.

His birthday party ended up going really well. where his behavior was concerned.

Colin helped preparing (even though his helping included inviting a boy I wasn't particularly fond of, and his presence ended up disturbing the peace big time. I actually yelled hat him to f****** quit the BS) 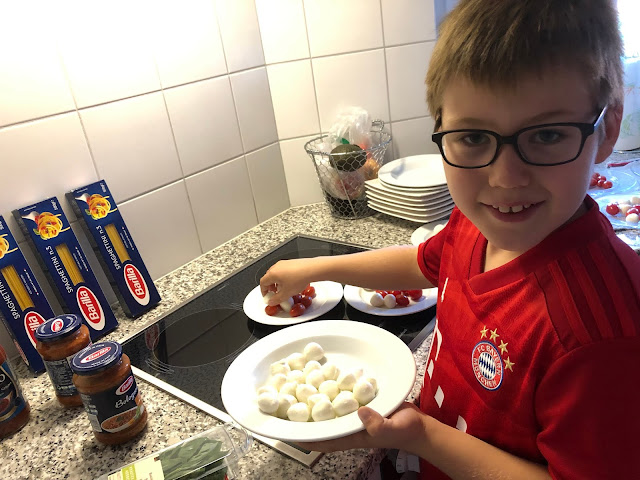 With help I mean, useful help.

He cleaned up some of the living room, helped wrapping the dining table, set the table, loaded the dishwasher with the wine and water glasses that live in the cabinet that doesn't perfectly close shut so dishes get dusty, and I know it's off topic, and this sentence is getting mighty lengthy, but I put two lemon halves into the dishwasher which helped making the glasses really clean and shiny, and lastly he made cherry tomato salad.

We started very early to make sure his pace could be accommodated, see bathroom incident.

Since then things have settled down, but these incidents prompted me to ask for advice within my international mothers' Facebook group. They provided some valuable insight and advice:

I really loved the snow globe analogy and promptly visited an arts and crafts shop to purchase pricey materials I'll probably never use... I think I'll make this my 2020 project. The snow globe is supposed to be my reminder to let the snow settle. Please hold me accountable, I have 1001 ideas!


I know some of you have had the pleasure to parent teenagers and some are teachers, so I'd love to hear about your approach. All the others: please just send happy thoughts, will ya.