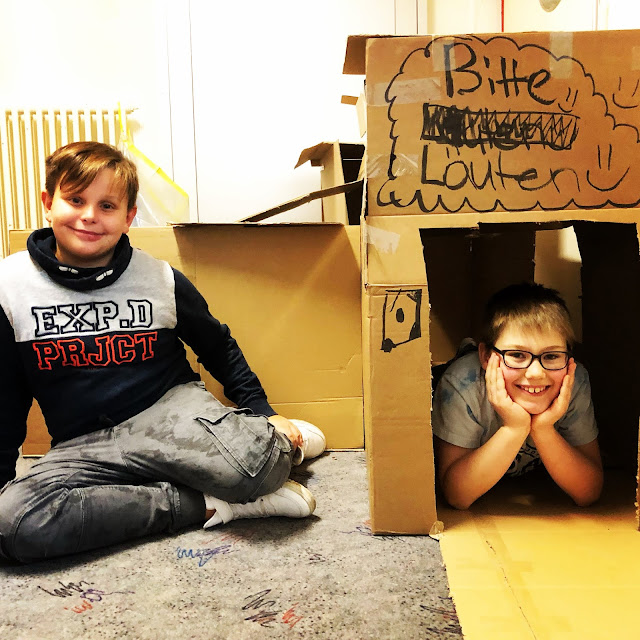 Today was the annual kids' career day for 5th - 7 th graders. Last year Colin was the luckiest kid to apply with one single place and to score a spot at his favorite Sports TV Station. This year things did not fall into place as planned.

I tried not to help him too much because it's the kids' responsibility and initiative, but of course didn't want him to wait till the last minute. There are only so many kids a company can accommodate, and he'll get rejected. Which is of course is an important life lesson.

If you only have three shots, you wanna make them count, though, right?

Well, Colin applied via very nice e-mails with Subway, Dunkin Donuts, the national TV company's sports division, the international and the national ice hockey federation and the hockey franchise he plays for.

I have to say, the ones that bothered to reply, did so very nicely, even if it was a "no".

So he ended up at my office, along with another boy from another school whom we hadn't met beforehand.

I was determined to make it a good experience for the two guys. I even went to get some fresh Grittbänze so they'd have a snack waiting for them in the meeting room. Because we all know a meeting without food should be an e-mail, right? 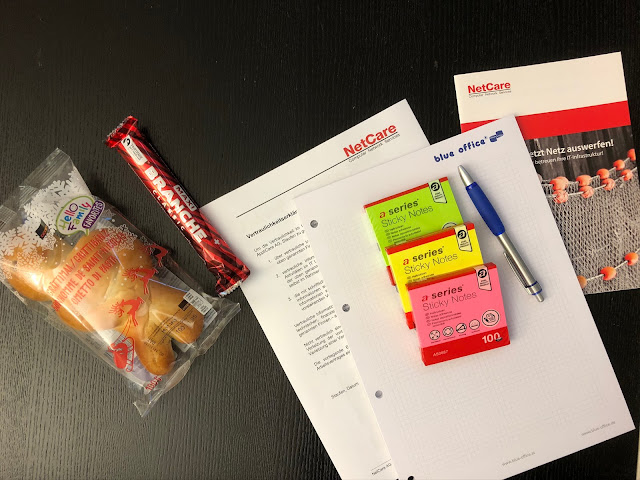 I prepared a couple of questions they were supposed to ask my coworkers. 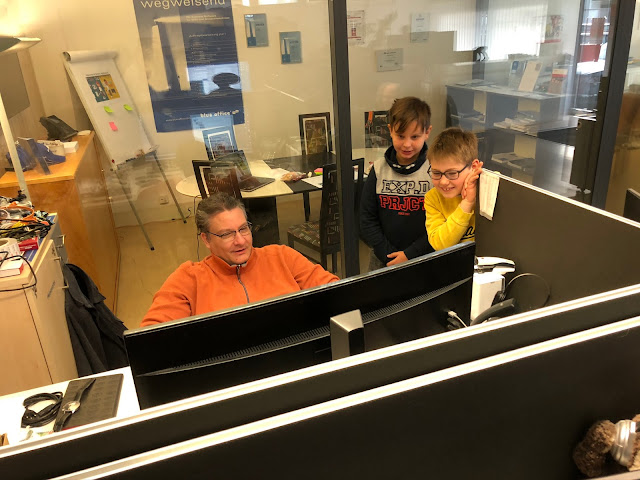 They had to give me a hand by scanning some documents. 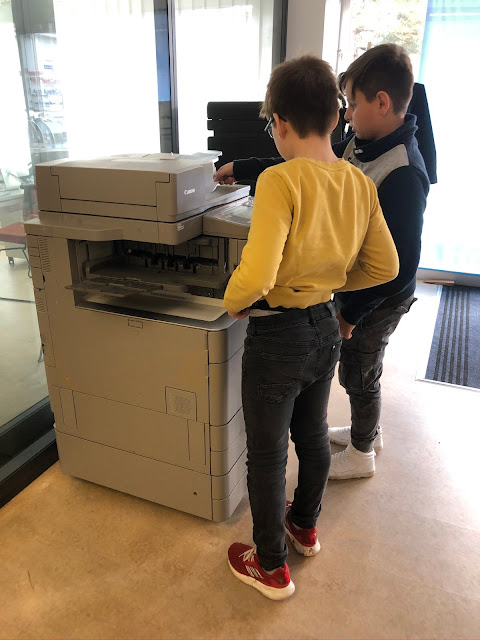 My boy was showing a bit of an attitude, making sure I realized he'd rather be at Subway or at one of the other fancy places.

I was glad we could leave the office. I had asked a client if they'd mind showing us their server room. I had been there before and thought it was pretty impressive. 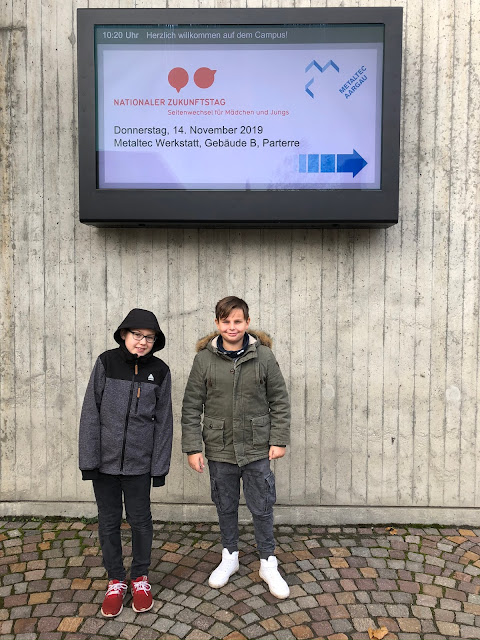 One of their IT guys took some time out of his busy day and patiently explained what servers, storage units, firewalls and switches are all about, and why they have at least two of each.

He also advised them that whatever they read on the internet isn't necessarily true, and that they should always consult several different sources. 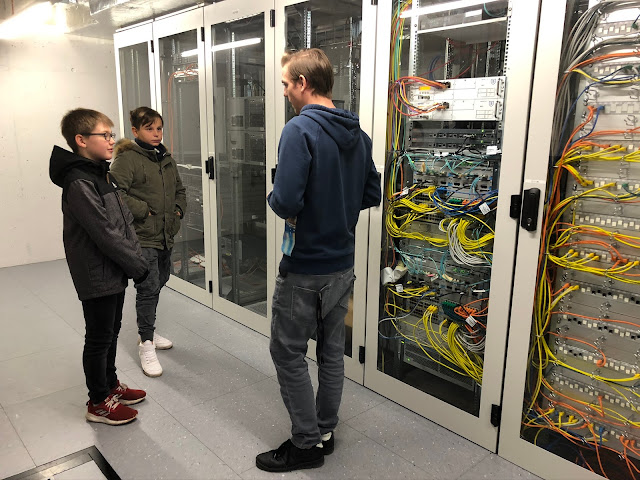 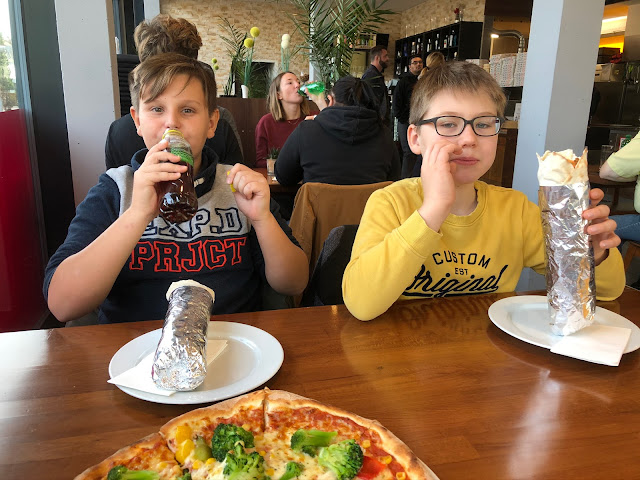 When we got back to the office, the package delivery had arrived. I put the boys to use, and they did a great job unboxing and entering the goods inwards. 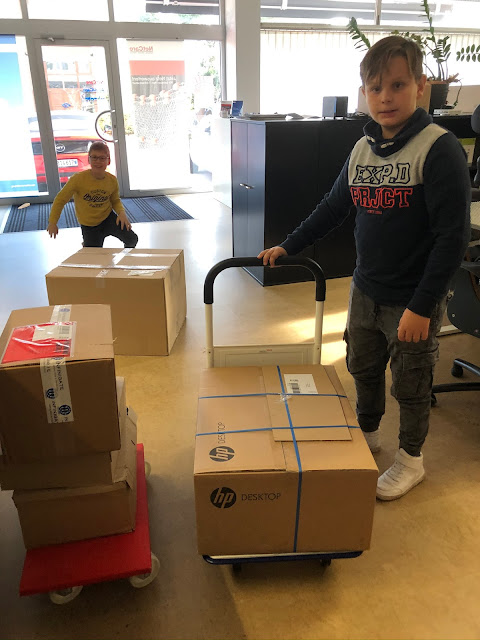 I had no idea two 11 year olds would have so much fun messing with bubble wrap. They asked what was going to happen with the cardboard boxes.

"You guys will press them and put them in the recycling container." They thought that was a shame, these boxes were perfect to build a fortress.

"You know what, you're right. You've worked hard, and I'll give you an hour to go crazy with these boxes as long as you'll clean up afterwards."

One by one of my coworkers went to see what the two were up to, and I swear they all wanted to join them and play. 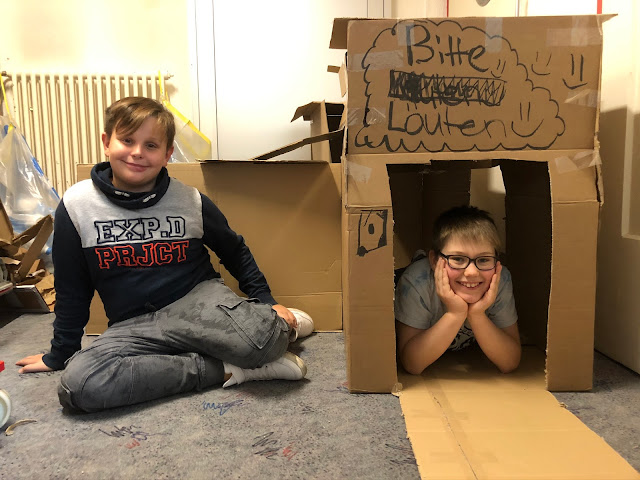 I was especially impressed by the other boy's initiative as my son claimed "the container is full, we can't fit any more cardboard in there". Clearly this guy has a few tricks up his sleeve! 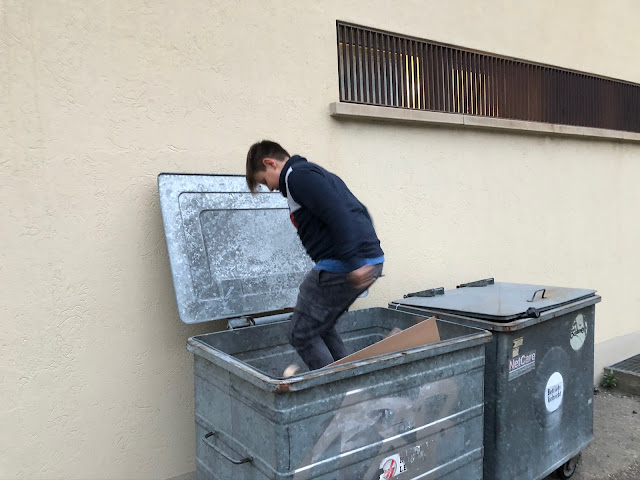 I am not sure how much they benefitted from spending the day at an IT business, but they sure had fun. As for me I am exhausted.