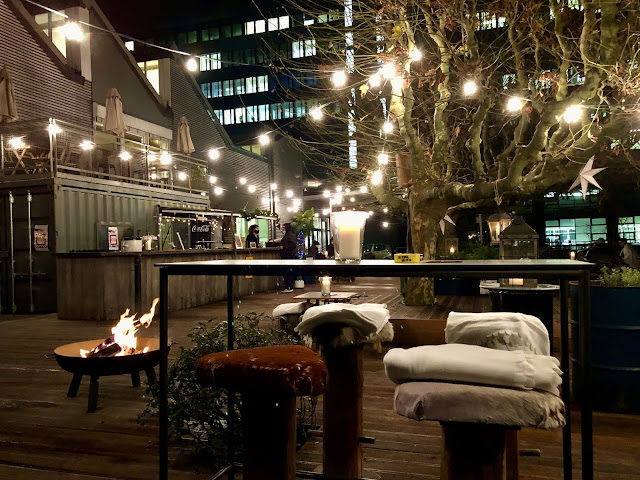 My words are:
leather ~ recline ~ decide ~ ring ~ wrong
They were submitted by: Baking In A Tornado - Thank you, Karen!
One would think that during the busy December days people don't have time to watch stuff on YouTube, but as it turns out I'm not one of them. You see, after my days are over, I go to bed between 9 and 10pm - and I wake up anywhere between 1 and 3am, which is when I recline my comfy leather office chair and enjoy some mindless entertainment.
Now that the election is over, it's typically cooking shows, vlogs or true crime, and lately it's been "I want my Mummy", a British show in which worn out Moms go on strike and leave their homes and children in the care of their husbands. As you can imagine, the potential of things going pear-shaped (wrong) is huge. 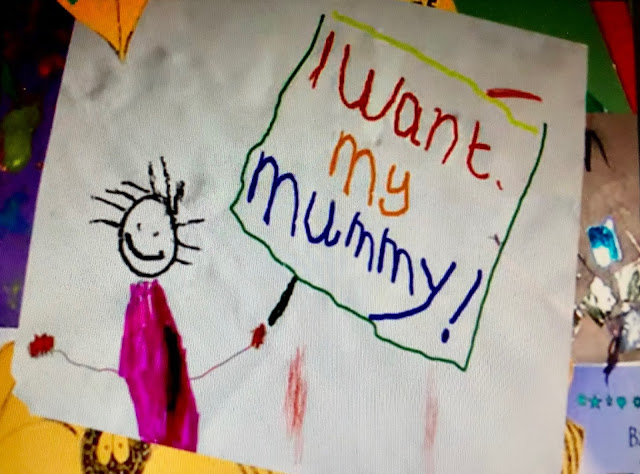 What amazes me most is the bold confidence these guys display. "My wife just drops off the kids at school and gets groceries, then she watches telly (TV) the whole day." Just one of the many dismissive statements.
The show begins by introducing the two participating families. You can hear the Moms complain how their husbands just come home from work and veg out on the couch while she makes tea (dinner), cleans up the kitchen, bathes the kids, preps for the next day, you get the picture.
She then quizzes the hubby: What sizes nappies (diapers) does Lucy wear? What time is Dave's football (soccer) practice? What's Bridget's favorite toy? Where do we keep the Wellies (rubber boots) and brollies (umbrellas)?
If the blokes (guys) were the least bit self-critical, it would dawn on them that they may not be up to speed for the Mom job they think is soooo easy. But no.
So the wives leaves. If she's really fed up, she takes his game console, car keys, golf clubs or whatever it is that may interfere with his chores, with her.
The TV station sends a limo that takes the wife to a luxury spa hotel where she will relax for a full three days. What the husband doesn't know: the wife gets to observe his every move via live stream.
So there she sits in her bathrobe, a glass of Prosecco in one frshly manicured hand, the tablet in the other, and she is gobsmacked (shocked) to witness the hubby dressing the kids in summer clothes in February, taking them to school late, forgetting the school bag at home, and so on.
Back home they let the kids paint. In the living room. On the carpet. With no newspapers or plastic cover underneath. Or they let them play outside. Unsupervised, yes the little one, too. Blimey, the toddler fell off the swing and bumped their head.
One Dad cracked me up. He had the best intentions of vacuuming the floor and moved the hoover back and forth, covering every inch. He was just unaware he actually needed to switch that bloody thing on!!
Don't forget the other guy who knew the laundry needed to be sorted before washing. Pink and red qualified as belonging to the whites. He stuffed everything in, didn't know in which compartment the detergent goes and started the wash. Or so he thought. When he returned everything was not only washed but dried as well. Win! Or not?
At some point the wife may send the husband a text, increasing the level of difficulty. It may say "Jack's best friend and his little sister are coming over this afternoon. Please entertain them and have a homemade cake ready."
One lady dumped a sleepover including a handful of pre-teens on her husband. He thought he was the world's best Dad and served them chips (fries),  biscuits (cookies) and candy for dinner. They ended up being so hyper that they had a massive pillow fight. One pillow didn't survive and ripped apart. The bedroom was full of feathers. The boys didn't care, but Dad was crackers (got mad and lost it.)
Sometimes she can't help but gloat: Just getting groceries with a toddler and a baby is no picnic. Especially if you don't know what you're doing. The husband runs back and forth in the supermarket, trying to get the required items.
One guy thought he was so smart and avoided the trip to the store altogether by ordering online. Took him an hour plus to but together his order. When the delivery arrived he didn't look too bright though: he had unintentionally ordered bulky bags of crisps (chips), countless pints of milk and seven heads of broccoli.
It doesn't stop there: when it comes to cooking things get truly bizarre. They seem to be too stubborn to look up recipes or ring (call) somebody, so they literally wing, crash and burn it. The children may get antsy and hangry, to the point that the Dad decides to pack them into the car and feed them at the fast food joint - against the missus' (wife's) explicit instructions.
These Fathers may be brilliant project leaders, software developers, firemen, what have you, but when it comes to domestic chores, they are lost. Some don't even know how to operate a simple oven, a washing machine or a pram (stroller) - there are brakes, just where do you release them?
If they're lucky, there's a six year old around who can help them out. How did they survive when they were single? Did they live at home till they got married?
The episode is narrated by your typical British person who says "oh dear" a lot. From time to time he checks in with a parenting advisor, a rather strict lady who critiques the Dads' performance, and she does so pretty mercilessly. 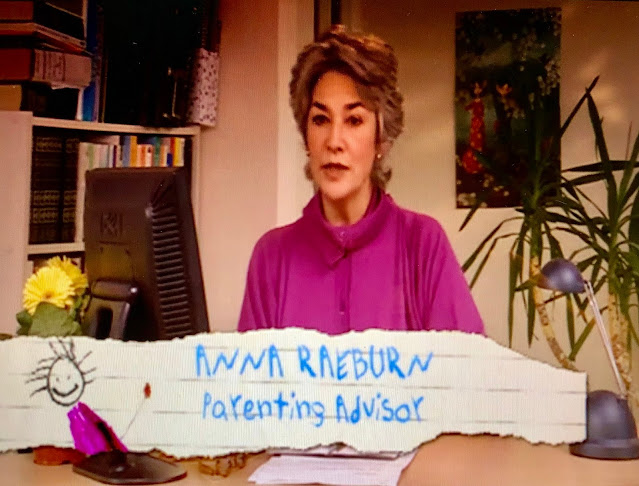 In the end all the Dads are knackered (exhausted), and while some keep claiming they did pretty well with some minor hiccups, others will admit they underestimated their wife's contributions and pledge to help out more.
I'd be interesting to check in with these families a couple of months later.
Does any of this sound like your house?
Let me know below, and please don't leave before checking out my blogger friends' posts: