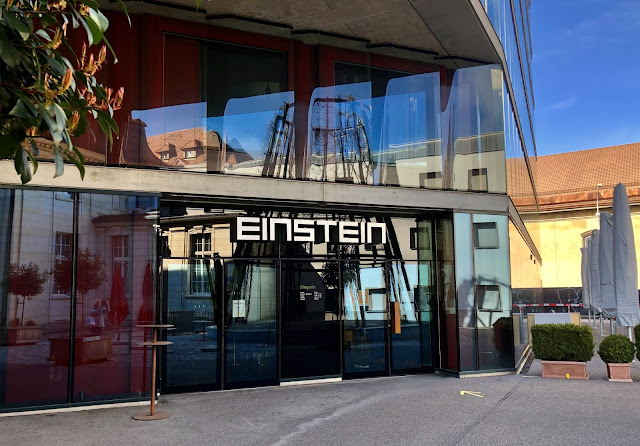 Welcome back!  Yesterday we were talking about how travel broadens our minds.

Today it's U is for

"Two things are infinite. The Universe and human Stupidity.

This quote is by my good friend and fellow alumni Al.

Einstein wasn't the only graduate who ended up winning the Nobel prize. There were two others, less popular, and one fine day, in chemistry class, our teacher mentioned how privileged we were to enjoy the same fine education as the three Nobel prize winners.

I blurted out "yeah, who were the other two guys anyway, everybody just keeps talking about Einstein?"

You know what that teacher said to me?

Back then I didn't even realize that the teacher most probably didn't recall the other names and just wanted to cover his butt.

I did what good students (because everybody can't become a Nobel prize winner, and that's OK) do and did my own research:

Back to Einstein. The city is proud to have helped him along his journey.

Don't be fooled by his genius achievements in physics and math. He failed French, didn't take English at all and barely passed Geography.
He did, however, identify something about people: 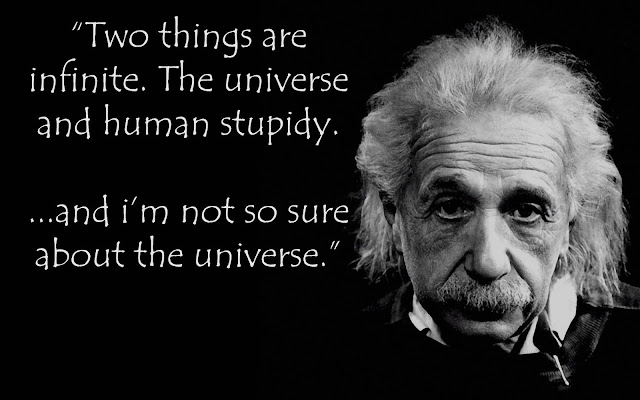 And boy, life keeps proving his point. Take the pandemic for example. Yes, it's a virus, and a medical challenge, but more so an intelligence test. Left and right, there's CovIdiots.

Let's have a look at a couple of definitions:

Stupidity is a lack of intelligence, understanding, reason, or wit. It may be innate, assumed or reactive.

Ignorance implies a lack of awareness, while stupidity implies the inability to understand.

Ignorance can be removed by the acquisition of knowledge, while a stupid person is intrinsically so, and therefore difficult to reform.

Intelligence is the ability to acquire and apply knowledge and skills.

As we all know, it can be measured by taking a quiz.

People who don't do well with numerical series, synonyms and visual thinking will score low.

So the real idiots are the ones who prefer to spread "facts" they found on social media and refuse to listen to experts.

Research by social psychologists David Dunning and Justin Kruger shows that underperforming individuals reach deficient conclusions and make unfortunate choices, but their incompetence robs them of the ability to realize it, however it leads them to hold inflated views of their performance and ability.

Doesn't this remind us of a someone who prided himself in having terrific ability?

The one who thought Belgium was a beautiful city and praised the health system in Nambia.In fairness, geography is tough on other people, too:

How can they not recognize the USA though? Good thing the youngster is in the know!

However, as long as they're decent people, I don't care whether they can name countries, and I think a certain someone will agree: 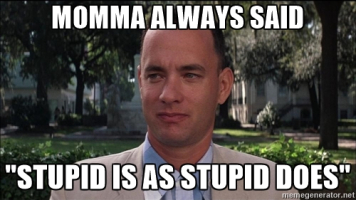 What do you think? Let me know below, and be sure to include your direct link to your post, so I can easily reciprocate.

Tomorrow's our day off. On Monday, we will catch flies. Will we be using vinegar? Find out!

Alte anti aarau Dunning–Kruger effect Einstein Paul karrer stupid is as stupid does Two things are infinite. The Universe and human Stupidity ...and I'm not so sure about the Universe Werner amber