Get out and play!

Welcome back to another instalment of A'lil HooHaa's monthly photo blogging challenge. October's prompt was to Get out and Play!

This year our "spring" was cold and wet, and so was our "summer". It's only fair we're given an absolutely gorgeous fall to enjoy, which makes me very happy.

The first picture I'm sharing with you was taken in Engelberg, a mountain resort where Colin has been spending his annual summer hockey camp for the past five years.

On that particular October Sunday they were playing against the local team for the very first time. As much as we love to watch them play, it was a shame to spend a sunny afternoon inside an ice arena with temps of around 7°C = 45°F.

Our guys played so well though. If you're interested, check out the highlights. 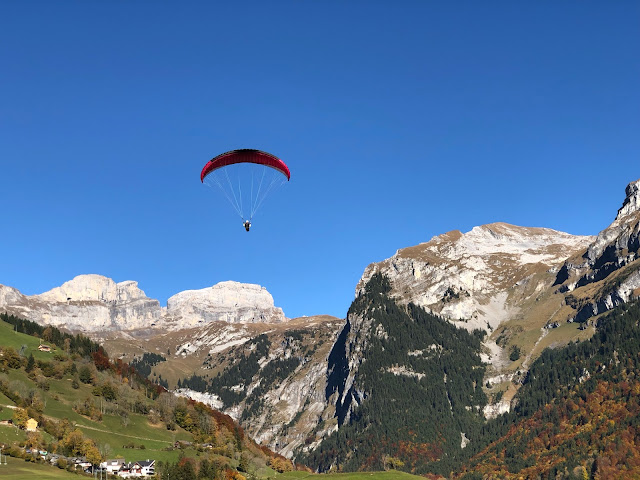 Just like last fall, our annual family vacation didn't take us to North America. Swiss people won't be allowed into the U.S. until in November, by when Colin needs to be back at school. So we used our time to visit new and / or all-time popular destinations in Switzerland.

Ever since last year's election, our teenager has been very interested in all things politics. What better thing to do than to sign up for a guided tour at our Bundeshaus = house of parliament?

It was very interesting, and once back outside, hubby and son enjoyed playing a round of chess. Well, at the very least, my son was enjoying it - he kicked his Dad's butt! 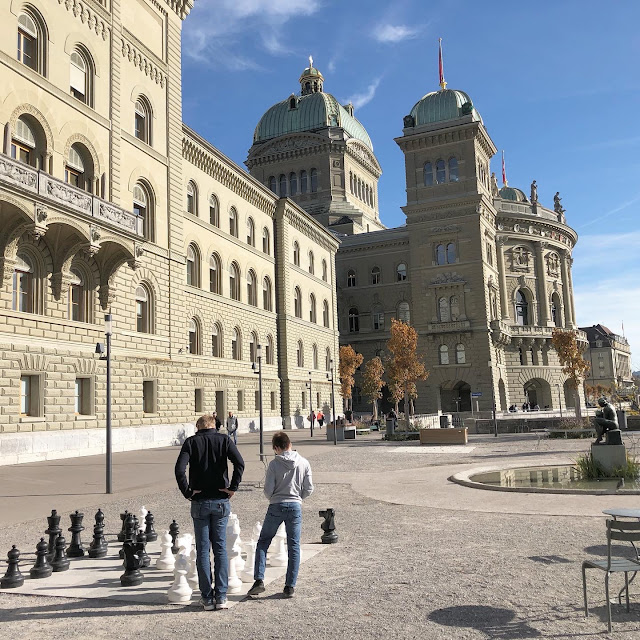 Our journey also took us to Avenches, aka Aventicum, the capital of "Roman Helvetica". As befits a Roman city, Avenches has a wonderfully preserved amphitheater that is being used for music festivals. This particular theater was built in the early 2nd century A.D.

As a reader of the Asterix and Obelix cartoons, all I could think was "Bread and Circuses" and "throw them before the lions!" 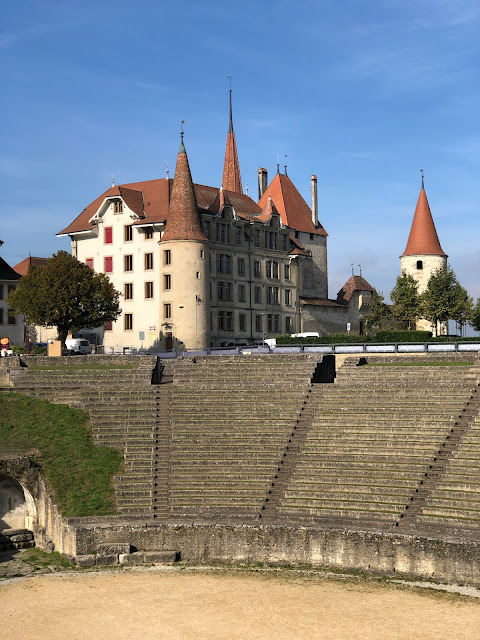 Eight years ago, my son started Hockey School, a program for young kids who want to learn to skate and play the game. It takes place every Wednesday afternoon between late Ocotber and late February.

It's a very popular program, and in order to reduce the responsible staff's workload, a handful of U15 players are encouraged to act a junior coaches. So the big boy in the blue jersey is my son Colin. He took care of a bunch of 4-/5-yeard olds. It was the cutest thing.

"They are so playful" he told me later. "One kept asking if after hockey practice they may play hide and seek." 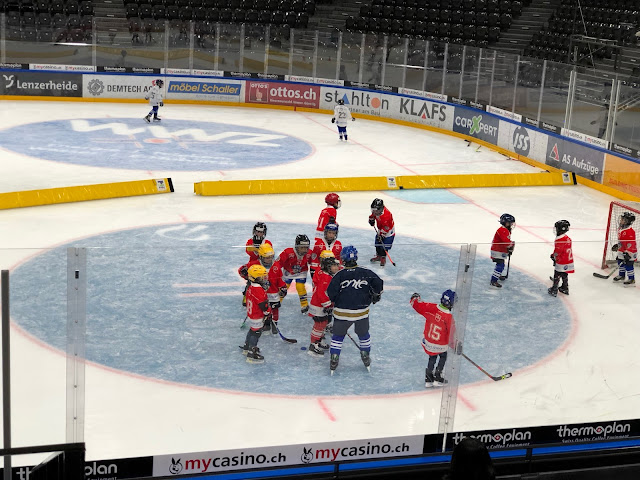 An October post wouldn't be complete without a little Halloween fun. Now Switzerland does not celebrate this holiday, even though retailers picked up on the custom and tries to sell off the carnival costumes they couldn't get rid of back in February.

However, there'll always be the odd expat from North America who goes all out and does an amazing job decorating their house and yard.

This Canadian lady certainly made my 30 minutes' trip worthwhile! 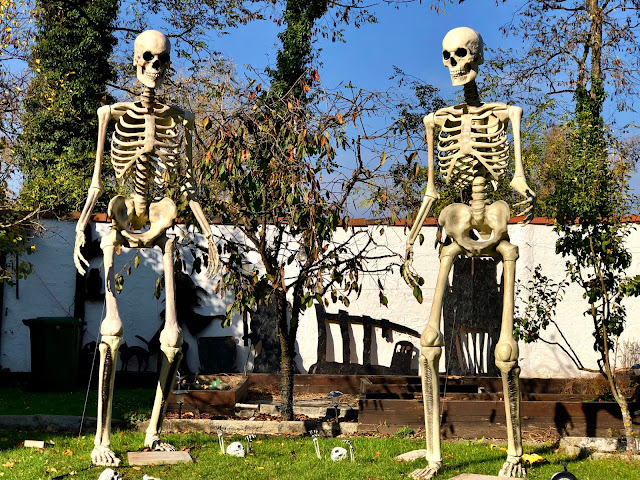 In order to reward you for bearing with me, here's a bonus picture. Have a seat, enjoy the view and relax. This deck chair is located at the board of Lake Brienz in the Bernese Oberland. In the background you can spot some snow covered Alps. 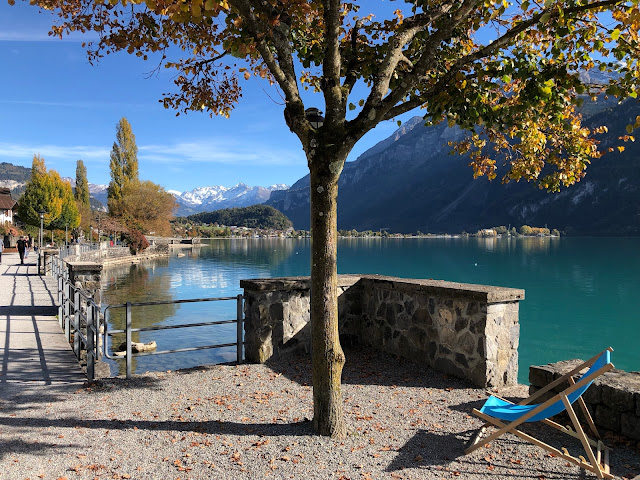 Now please head over and check out my fellow bloggers' posts.