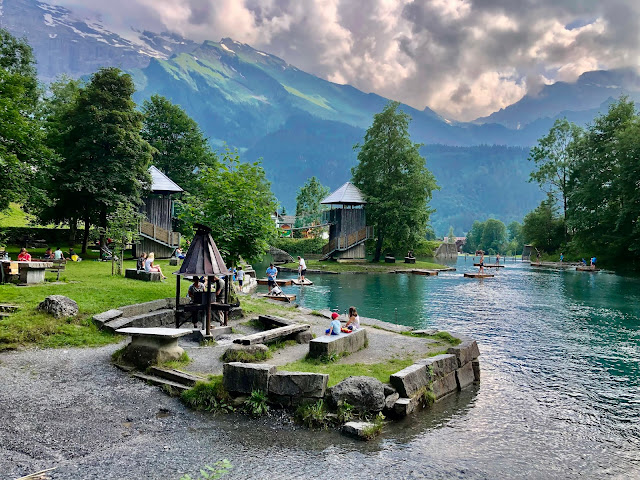 Welcome back to a 'lil HooHaa's monthly photo blogging challenge. I had to skip June. The prompt was DIY, and for the life of me, I could not come up with five current pictures representing this topic.

July is much easier. It's HAPPY. I can do that!

Ten things that make you happy

July is typically summer break month. Where we live, kids will only get four weeks off in summer. Not complaining though, we'll have three weeks in fall, my favorite season. Plus frankly, this year's "summer" has not been all that summery for the most part. We've had lots of rain, heavy rain, thunderstorms, hailstorms, flooded basements, you name it.

So at the rare occasion of a nice and sunny day, we had to enjoy it all the more.

July is also when my son's hockey camp takes place. He's been having a growth spurt like never before. Give him a week or two, and he'll be as "tall" as I am. OK, I'm short. But still. He's not even turned 13 yet, and he's arrived at shoe size 7.5 - meaning he needed new skates. Again. New chest protector, too. Oh, and gloves. And ellbow pads. The only new equipment he actually didn't need was the shinguards and the helmet. That's because these items were replaced six months ago.

What does new hockey equipment have to do with "happy" you may ask? I dropped a significant amount of money. It's still a source of happiness of sorts, and this is why:

Hockey is my son's passion. Has been since he can walk and talk. He's not the most athletic kid, but he's worked his way up to the youth team.

Sports is a great way to balance school and other more intellectual activities.

It keeps him away from screens.

His hockey buddies are cut from different cloth than his classmates. They are more determined and goal oriented, they have to balance homework and pratice during their busy weeks. Not much room to hang out and experiment with drugs and other potential dangers.

So new skates. They need to be broken in before hockey camp. It's July. So-called summer. Two arenas within a 90 minutes' drive have ice in July. That's were I took Colin and his best buddy. They spent a good two hours on the ice, and look at their happy faces! 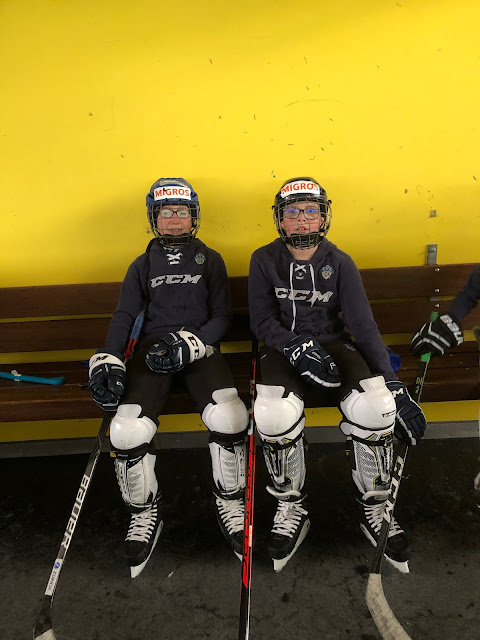 Many people refer to them as "the Twins", and I don't know if it's just because of the glasses? While they were enjoying themselves in the ice box, I did some exploring around this gorgeous mountain resort called Engelberg = angel's mountain. 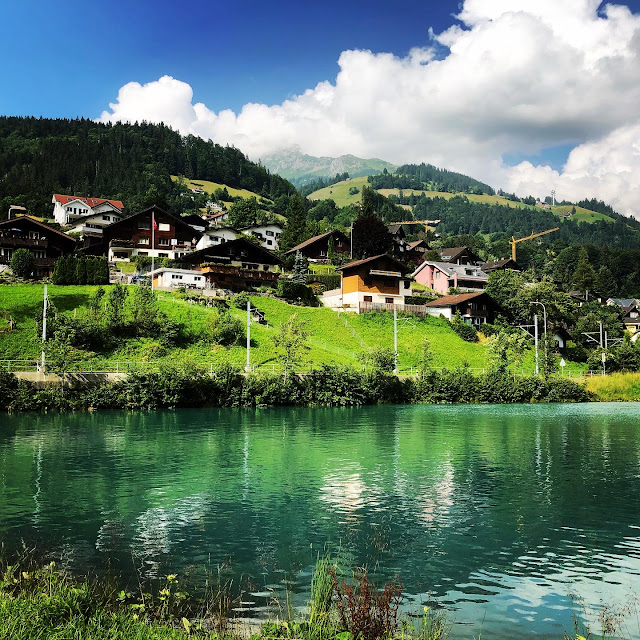 Just recently the Swiss equivalent to Dr. Fauci's department announced that kids older than 12 years may get the Covid vaccine. Now, like probably in every other country, there's a lot of debating going on between anti-vaxxers and people who are happy to be given the opportunity to be part of the solution. On Colin's first Monday of summer break we got in line at the local hospital, and he got his jab like a champ. That's what the lady said. "There's guys, big and strong on the outside, but they were sitting there like babies", she told him.
Anyway. Proud of my brave boy.
What better way to celebrate than to drive to the French part of Switzerland because that's the only area where Five Guys have established themselves as of yet. I understand at some point there's a store planned to open in Zurich. For now it's a 2.5 hours' drive, but it's worth it! 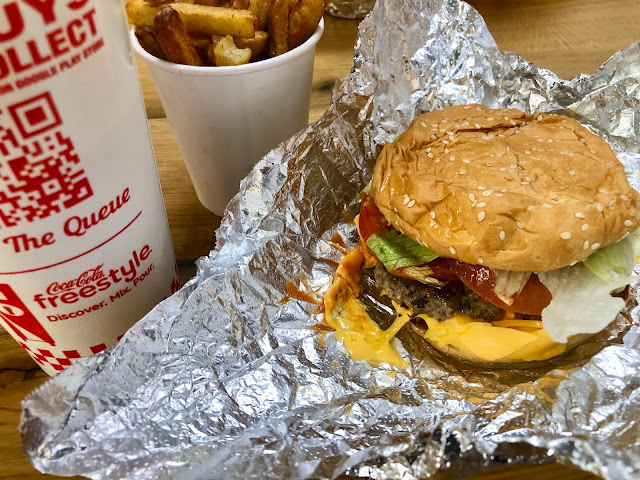 Since we were in the area, I wanted to get to a bucket list item of mine: the Fourchette! Almost 1,000 pound of steel, 26 feet tall and 4 feet wide, the world's biggest fork was embedded in Lake Geneva to celebrate Nestlé's Alimentarium's 10th anniversary in 1995, so it's been around for a while, and I was really happy to finally see it in person. 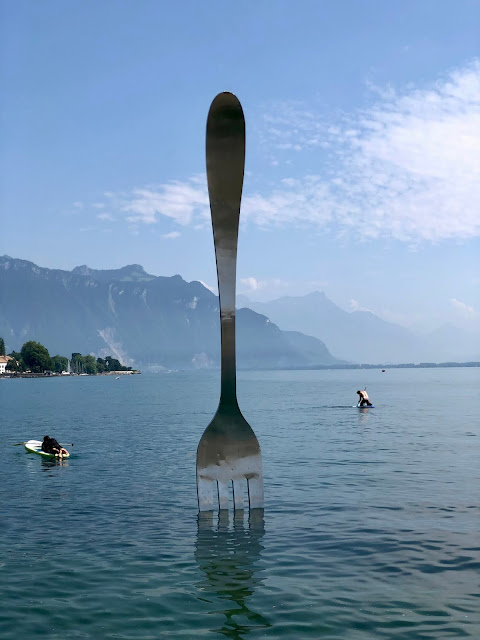 Bonus picture: yummy dinner while hubby and I were surviving a week of being empty nesters! 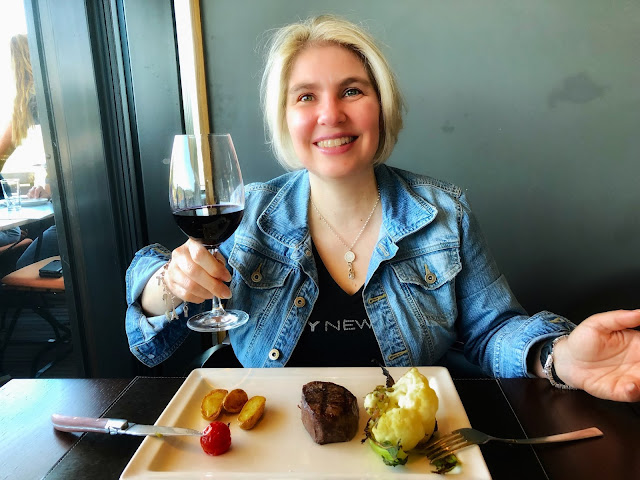 What have you been up to this July? Anything that made you particularly happy? Let me know below, and please pay my fellow bloggers a visit.