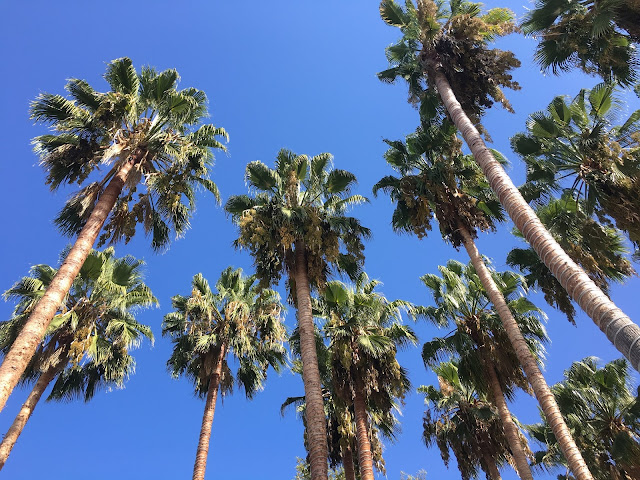 Welcome back to another edition of the Ultimate Blog Challenge! Day 16's assignment originates from the somewhat random fact that Paul, the host of this challenge, was listening to the soundtrack of Leonard Bernstein's West Side Story the other night.

He asked us to try and make a connection from the last play or movie we watched to our business or life in general.

For some reason I came across the soundtrack and loved the "Jet Song", "Maria" and "Somewhere", and my Mom took me and a friend to the movie theater when I was a teenager. I don't know why the the play that turned into a movie in 1961, was played in our cinema in the late 1980s or early 1990s.Maybe it was in 1991 in order to celebrate 30 years?

There is a link to our business and to my blog's name. It's a bit of a stretch, but here goes:

Our company takes care of small to mid-sized organizations' IT infrastructure and their users' various computer issues. One of our contact people is called "Shark". Well, he's German, and his name is "Schark".

The other connection for me as a Hockey Mom is the fact that my fellow countryman Timo Meier plays for the San José Sharks.

That's what you'll hear if you attend a Sharks game at SAP Center, and #28 scores. 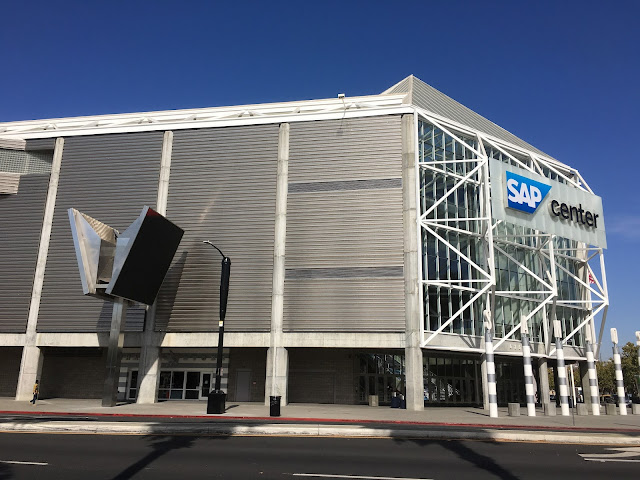 If you're asking yourself - or me - why I'm talking about Sharks here, you probably haven't seen the play or the movie West Side Story.

The plot deals with two rival gangs, the New York Jets and the San Jose Sharks. One of the Jets falls in love with the sister (Maria Sharapova) of the Sharks' team captain. The Jets are all whisky drinking Irishmen and the Sharks are all Mexicans, or something.

Hahahahaaa! In my defense, I did not make this up, I found it here.

If you're looking for a more serious interpretion of West Side Story, head over here.

Should you be intrested in facts on how dangerous shark attacks are compared to car accidents or heart attackes, head over here.

Going back to the Sharks, as in the hockey team, here's a funny (and true) story:

My coworker's acquaintance's daughter graduated the year before last and left to spend some time in the U.S. as many young people do. When my coworker asked her family how she was liking her language stay, here's what her mother told him:

"She's doing great! She's in Los Gatos, California and enjoying it. She has found a job as a nanny. There was this nice lady who was looking for a Swiss German speaking au pair - what a perfect coincidence! The lady is originally from Switzerland. She married some hockey player, that's what brought her to the West Coast. He speaks English with the kids, a boy and a girl, however, she wants them to be able to communiate with her family back home." 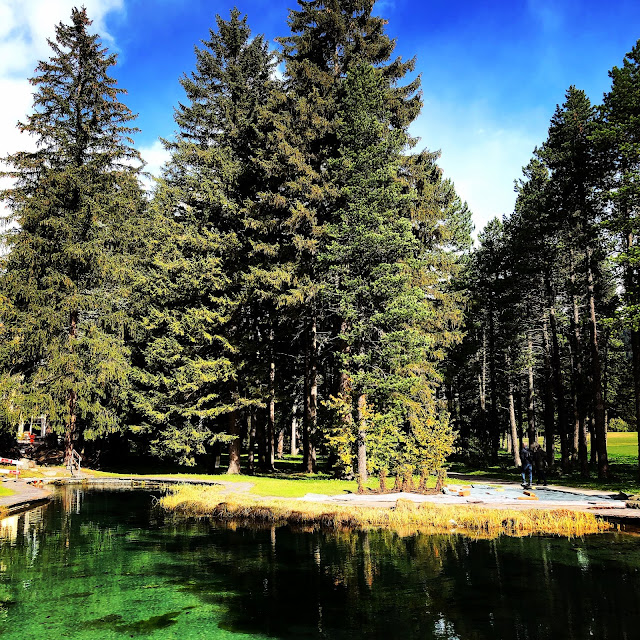 My eyes lit up.

"Ask your friend two things: is the lady from the Swiss state of Grisons, and is this hockey player originally from Canada? If so, I know exactly who that young girl is working for!"

The 42-year-old is considered a crowd favorite in Davos, Switzerland = my country.
During the NHL lockout in 2004-05, (and again in 2012/13, and yet again Oct - Dec 2020) he played for HC Davos, where he met his wife, Tabea and helped Davos win the Swiss Championship and the Spengler Cup. 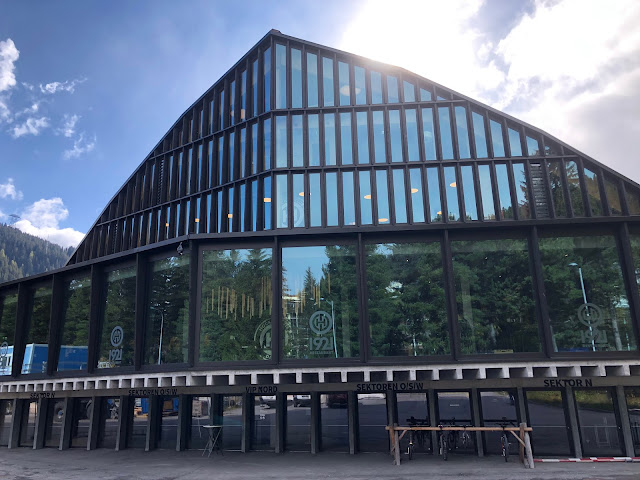 Thornton and his family have also bought an apartment in Davos, so we expect him to be back every now and then. Even though he's an older player, he doesn't seem to want to retire, and good for him!

Do you know West Side Story? Or would you rather watch a Sharks game?