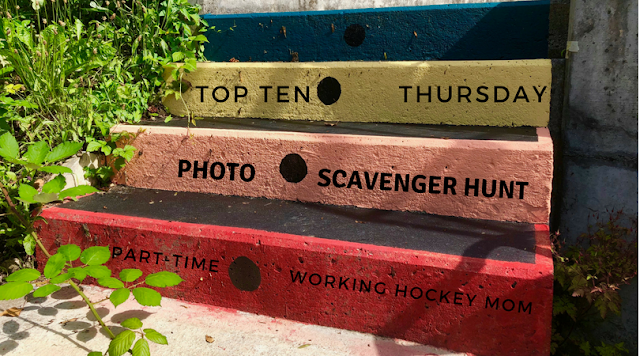 Just like this it's summer, and there are lots of (photo) opportunities out there. Today we focus on the following ten items:
Let's dive right into it:


A few weeks ago Colin and I attended ICS's annual international festival, a school year end party organized by the students' parents, and they always do such a wonderful job representing their country of origin mainly by offering food and beverages. Some also organize activities, such as a basketball circuit or a dunk the teacher booth.

The Down Under stand made the effort to let people know how far, far away those Aussie destinations are from the Zurich area. Loved the guidepost, don't love the fact that the journey is so insanely time consuming!

For you guys who think in imperial units, Sydney is just about 10,000 miles away. 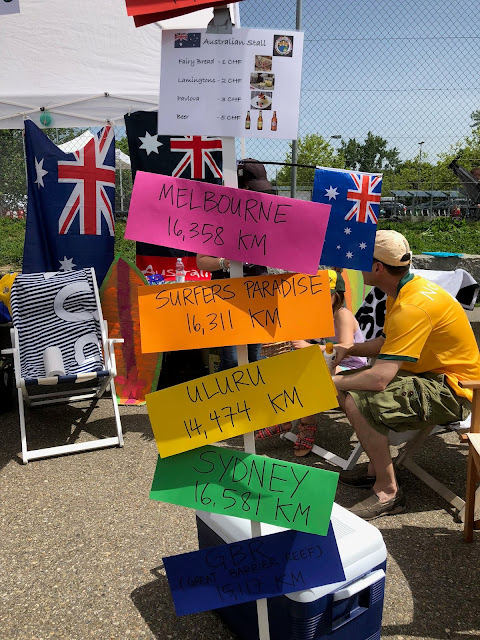 As there is no trip to Australia in my books let's enjoy what Switzerland has to offer. We got cows, lots of 'em, and here's one I met just next to my friend's place who was celebrating her 50th birthday. She lives a 75 minutes' drive away, and to me it feels like I'm on vacation when I visit her. This is as stereotype as it gets in my country! 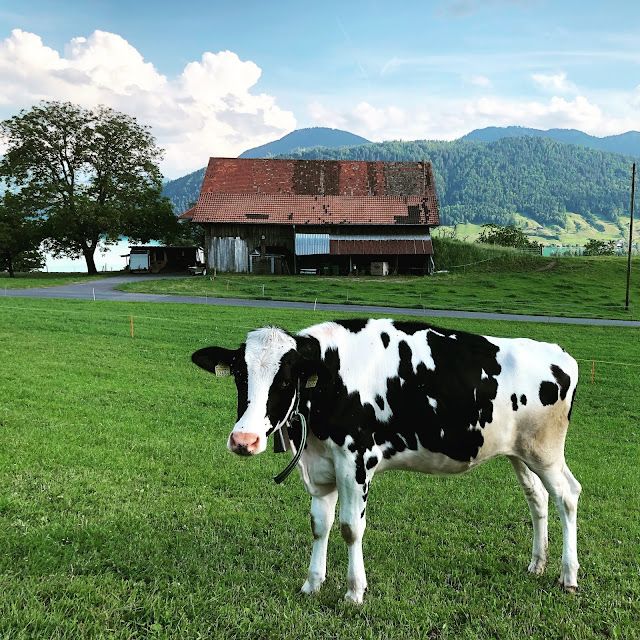 Worship. Tough one. I chose the most photographed landmark below. I guess it's safe to say that I worship this place. Unlike an airline coworker who did not appreciate the city nor the bridge. This is one of his Facebook rants:

PS, dear grumpy friend: it's the Golden Gate Bridge, not the Golden Bridge, and that's probably why it's not golden. It's named that way because it spans the Golden Gate, the one-mile-wide strait, connecting San Francisco Bay and the Pacific Ocean.

Also "very little" is a matter of opinion. Sausalito is a charming, picturesque community incorporating lots of houseboats, so they have that going for them. 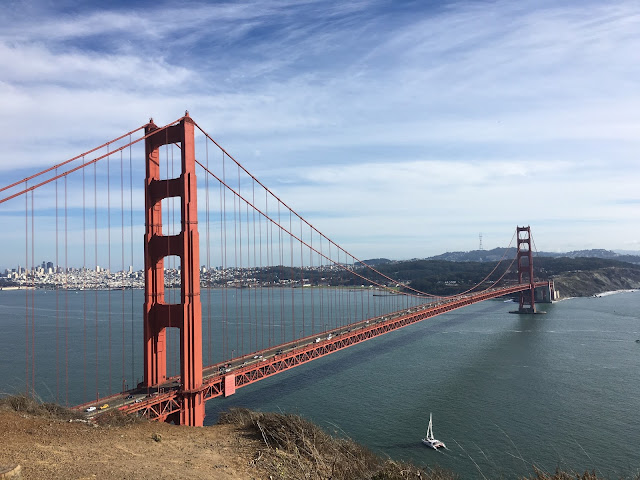 Pancakes. This time last year I was counting calories, and I was doing a great job at it. The thing is, though, I deprived myself of all the yummy things I love, and I'm catching up now. Of course, the pounds to their job and follow suit. 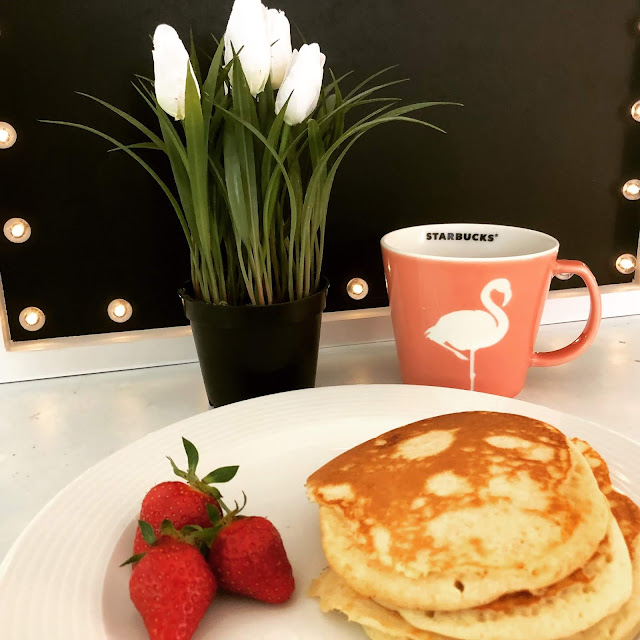 We've been enjoying (or not) some sweaty summer days, and I made it my mission to frequent air conditioned places that offer cool drinks. This one was a virgin raspberry mojito, made from actual berries, delicious! 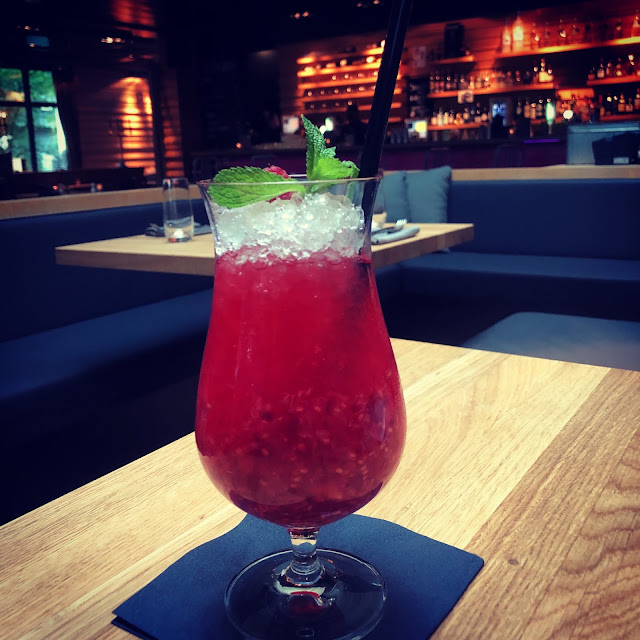 It may sound contradictory but even on hot days, I also like my hot and spicy food, Mexican and Thai. I met with a long and almost lost friend and former work colleague, and even though we spent about 5 hours eating, chatting and visiting a second hand shop, we barely caught up on what has been going on in our lives. We didn't even take a picture of the two us. I just shot this one when she went to the bathroom!

I think the secret to the two cuisines is that they use coconut milk, lime and cilantro to cool things down! 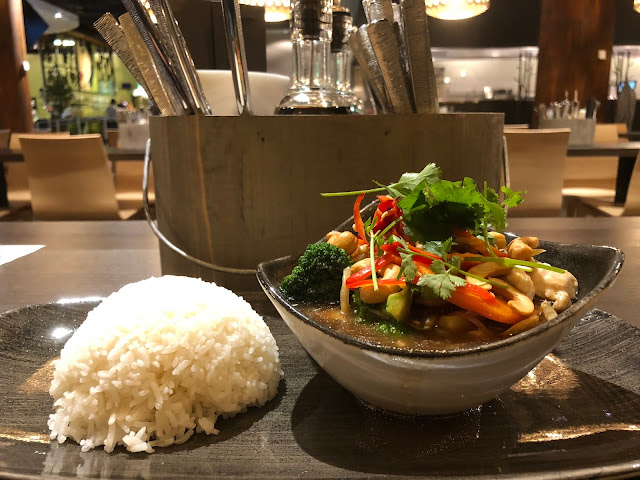 A friend I attended highschool with told me about her son's school project. He and a buddy chose to use objects in an urban park and turn them into different things. As an example they painted these steps to make them look like a drawer, and I think they did a great job!

I had a bit of a hard time finding it, though. I asked a lot of people who were walking their dogs, couples who strolled along the creek, young guys who were kind enough to give me their attention even though they were super intensely playing with their phones, but nobody had heard of the painted drawer stairs. Pretty sure they all thought I was nuts but played along to humor me.

Until I asked a biker who sat on a big rock for a cigarette break. He didn't speak German. I scrambled together my rusty Italian to try and tell him what I was looking for. He understood, and he knew what I was talking about! 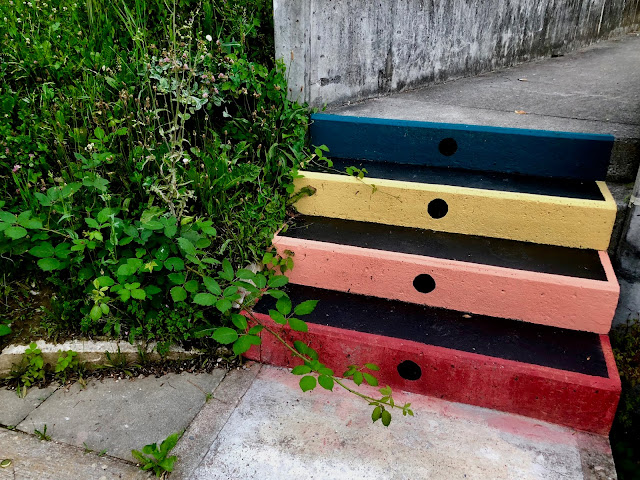 When Pamela submitted "Chains" I knew exactly where I was gonna find some big, fat ones. I just needed an hour or so to get there. There being our Medieval castle. The drawbridge, to be exact. 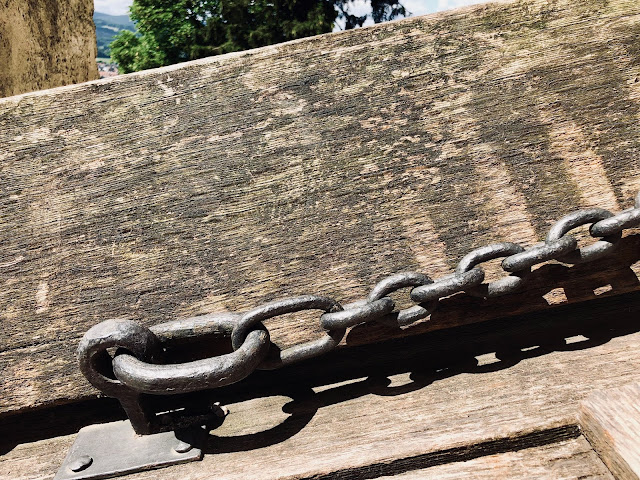 Almost two years ago we did a Top Ten Thursday on our Home Town, and I was talking about the Lenzburg Castle (and the fact that it was the venue for our wedding) 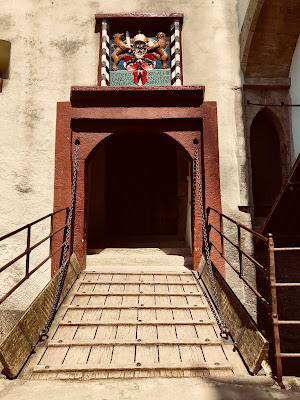 It's FIFA 2018 time, and flags of the participating teams can be seen everywhere! This is in my favorite mall at hockey city where I spend a lot of my time getting stuff done, running errands, writing, enjoying coffee,... These days it's not a place to go if you want some peace and quiet - because soccer. They installed a large screen on which you may watch the game(s). Great atmosphere, not much space, lots of people, some of which should be sent home to take a shower, you get the picture. Nonetheless exciting! 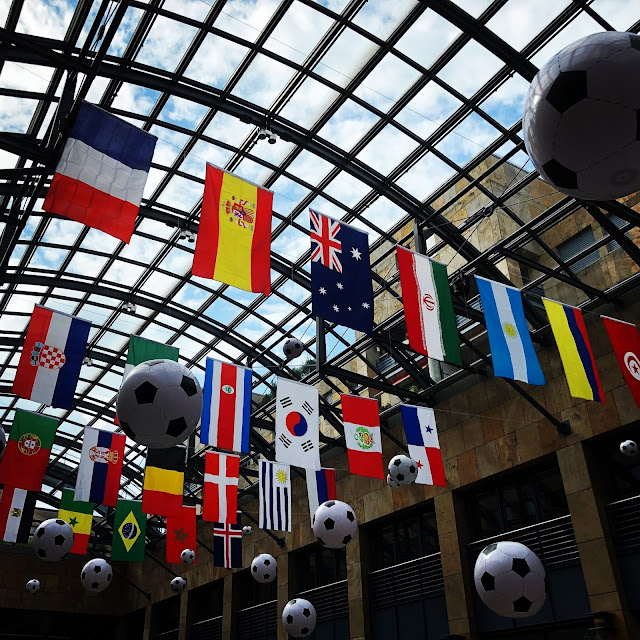 Last but not least, "Ribbons". Good thing I keep my (Holiday) crafts box handy all year round: 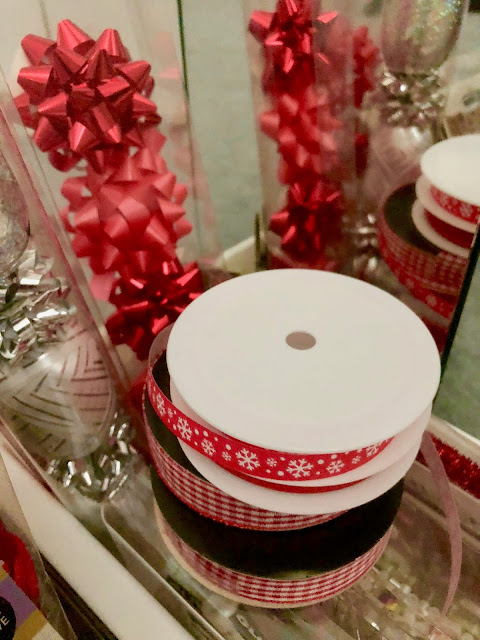 That was June's Photo Scavenger Hunt - I hope you had fun and are using the linky-tool to play along!

Can you believe July is just around the corner? In the first week of July there are two important national days going on: July 1st: Canada Day and July 4, Independence Day, so let's honor those two countries, shall we? Let's talk about the top ten things that we (dis)like about the U.S. and Canada, differences that strike us, whatever comes to mind! Sign up here. We post on Thursday, July 5. 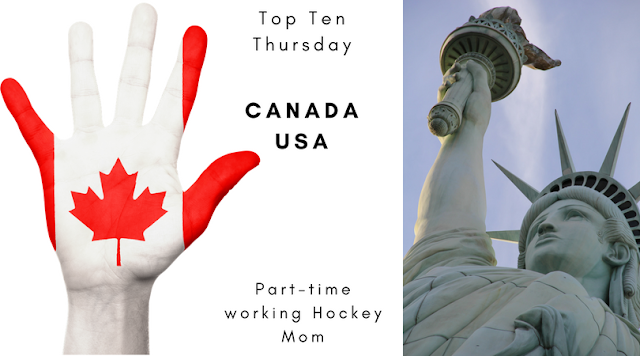 July 12 let's talk soccer, or football, depending on where you live. Could care less, love it, live it? What team are you rooting for? Who's going to win the FIFA World Cup 2018? Who's your favorite player? Sign up here. 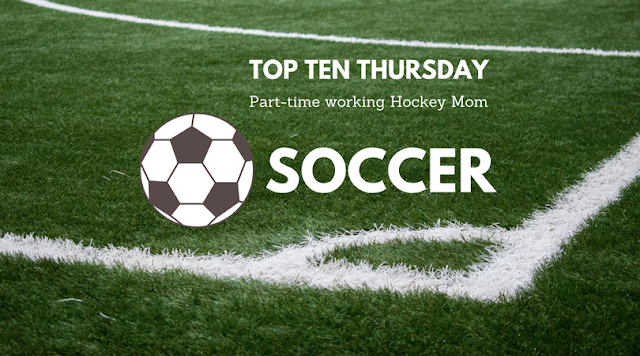