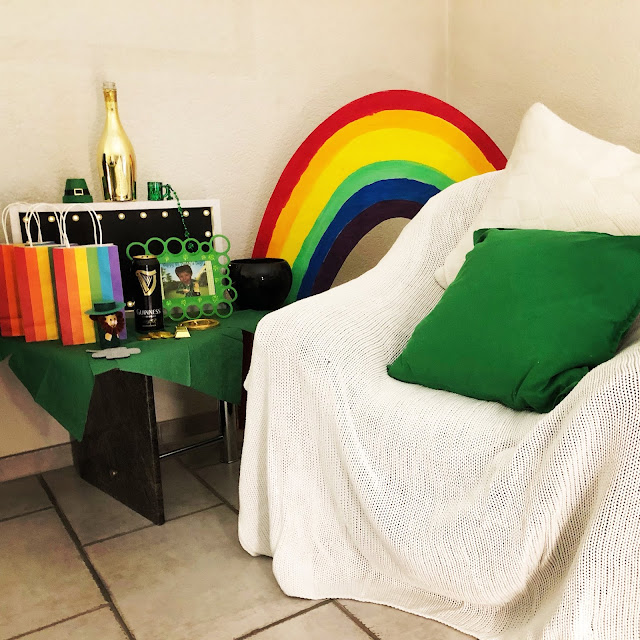 Same procedure as every year... As soon as my birthday is in the books, it's time to prep for St. Patrick's Day, my favorite holiday! Never mind that I'm one of the very few Swiss people celebrating it.

We have been partying with the same friends with Shepherd's Pie for a couple of years, actually I think the kids can't even remember a time when there wasn't a green holiday in their lives! 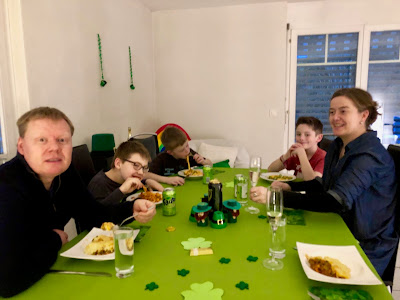 Colin had asked me to make the scavenger hunt harder, and I did. On the back side of the easy assignment cards there were trivia questions about Ireland, see for yourself how you'd do: 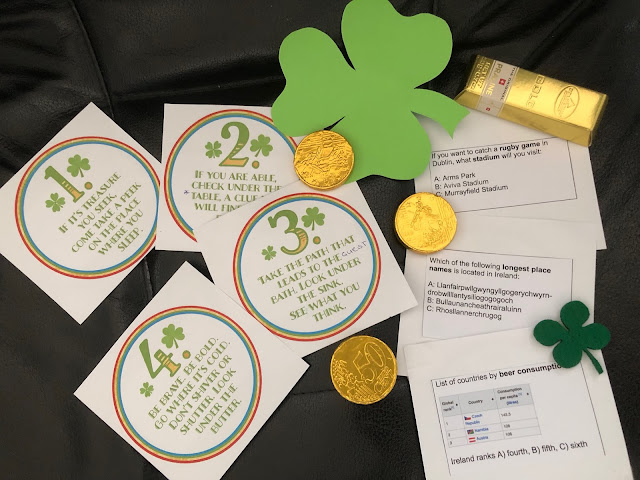 They're a bunch of smart guys, and it didn't take long for them to find their treat baggies. 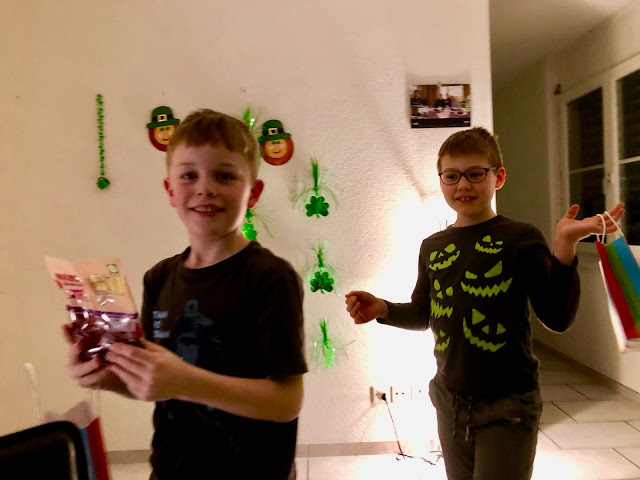 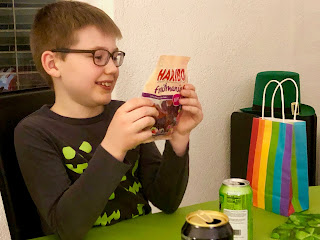 They still appreciated the rainbow fruit skewers - prepared by my junior chef no less! He did have a meltdown when he dropped all the blueberries on the floor after it had taken him half an hour to rinse them, and I had to do some Mom magic to get him to finish his job, but he did great! 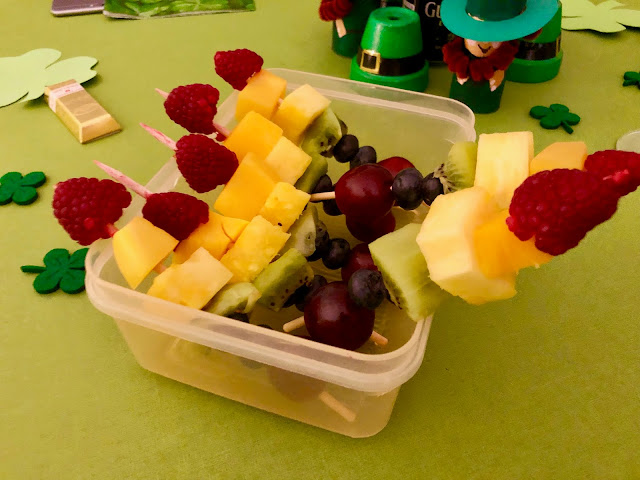 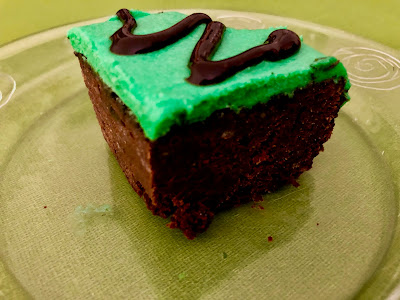 I do love that he doesn't mind hugging me in the presence of his cool pre-teen friends! 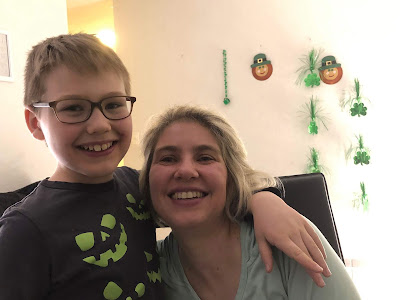 When they were gone, we retreated to our team's fourth playoff game against Lugano, an Italian part team. Our guys had won the three previous matches (in a best of seven series), and we were hopeful that they were gonna seal the sweet deal. Took 'em two overtimes, and it got really late, but they did it!!! What an achievement!

The Italian Swiss part's TV showed a nice sense of humor doctoring a picture of their players packing their bags and leaving for spring break - way earlier than they hoped to. 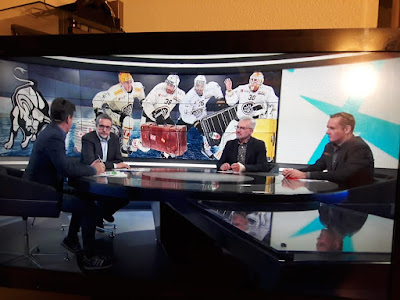 The next morning hubby and son actually slept in - which is unusual for the youngster. Gave me the leprechauns time to pull a couple pranks:

Colin's medal collection is ever so growing. His newest addition is one awarded for winning the Leprechaun Cup - not entirely sure what it consists in!? 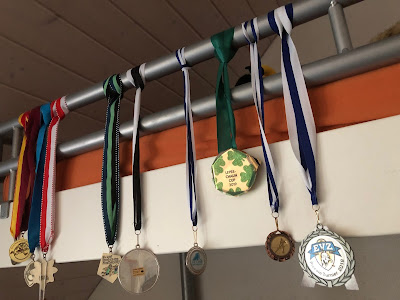 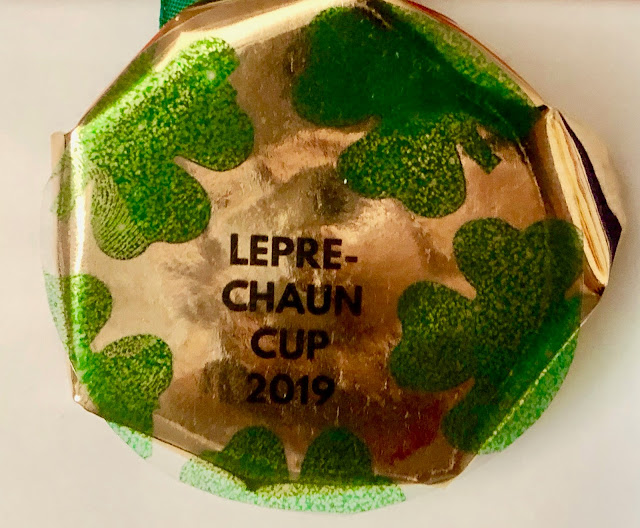 His hockey bag's got the team logo, only that the original is blue. The leprechaun couldn't have that. They dyed it green: 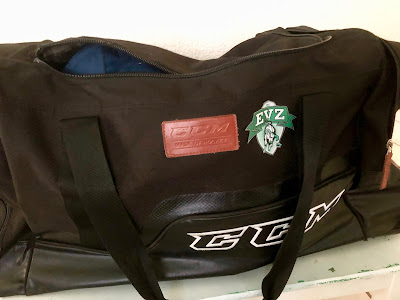 The did the same thing to his autograph 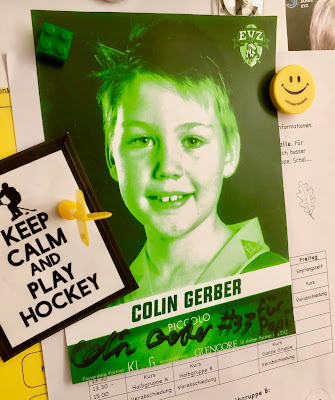 Every product that doesn't come in green package had to go from the shower as well: 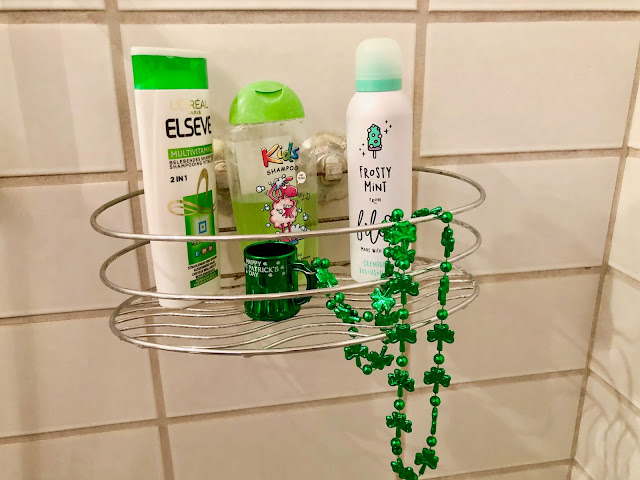 A nice rainbow appeared on our fridge's door 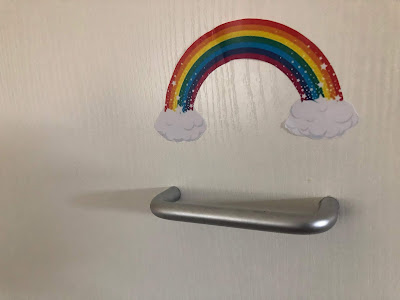 Hubby drinks Nespresso. The leprechauns removed all but the green capsules. Those are his favorite anyway. 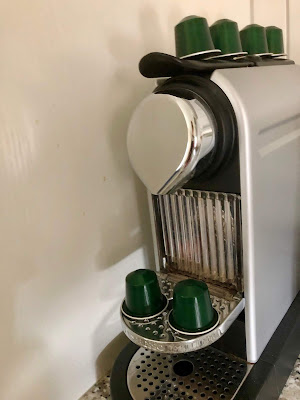 Speaking of drinking... they left their empty beer cans in Colin's boots: 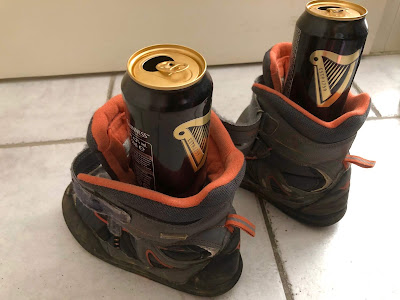 In case we had not noticed... They left a hint for today's date: 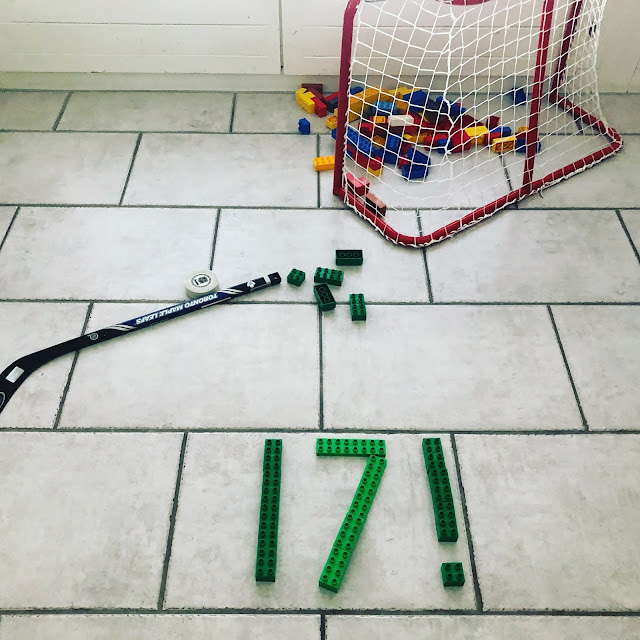 How about you, do you celebrate St. Patrick's Day? What do you like about it?