Use Your Words - Burst Beer Cans and Civil Disobedience 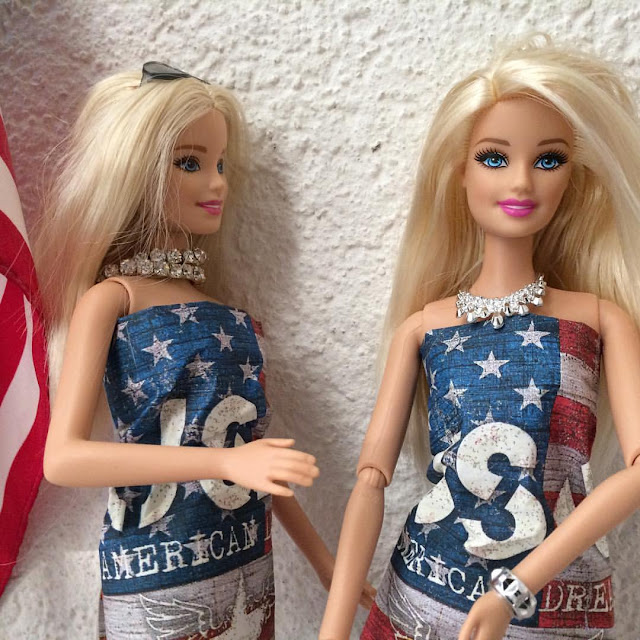 They were submitted by: The Bergham Chronicles  - Thank you, Jules!

The loud popping sounds of the fireworks, the hissing you create upon pouring water onto the bonfire after you enjoyed roasting marshmallows while the flames were crackling, but also the moaning of someone banging a baseball bat to their head by accident.

Well, this year I didn't have it in me to do anything about Canada Day or July 4. Well, except Colin decided to put maple syrup on his veggies. Turns out, maple glazed carrots are actually delicious! 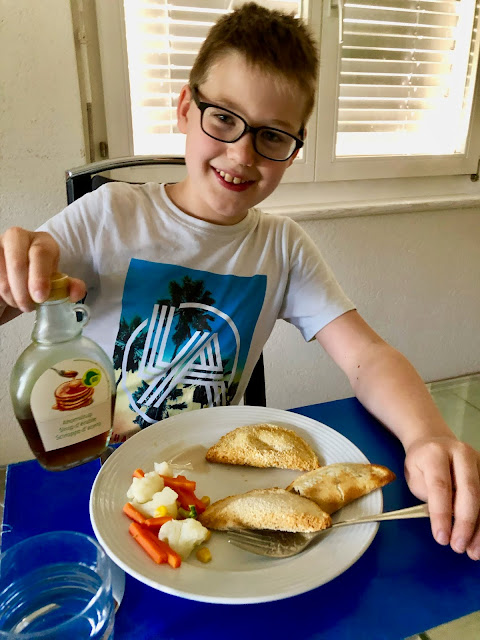 I'm ashamed to admit that I haven't even gotten around to cleaning up my St. Patrick's Day decoration... 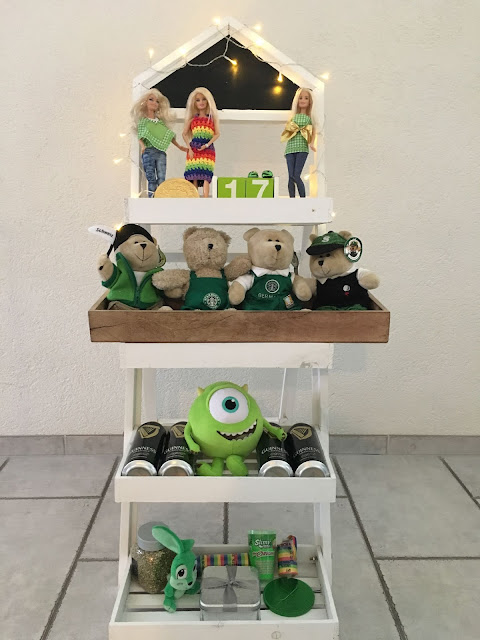 We did, however, experience some pretty loud banging, hissing, popping, crackling and moaning on the very fourth of July.

This is what happened:

Typically, for decoration purposes, I use empty beer cans that I've collected over the years. The only person who was actually drinking them, however, was my friend's ex, and he dumped her and left to go back home, which is to Guinness' neighbor country.

This left me with one full can. I figured I was gonna make some bread using the beer. It works, it's pretty fabulous, actually.

I don't know if the fact that it has been so hot recently was an intensifying factor, but let's not get ahead of ourselves.

So it was Thursday night, and we were just done with dinner. Colin got up to shoot some - not hoops, pucks of course.

Yes, when we're not entertaining, our living room is his sports arena with goals, sticks, the works. I've tried to defend my territory, but the hubby - while he doesn't want any damage happening, he enjoys playing there, too from time to time. So the equipment stays. And I'll probably never get my glass vitrine.

While I was loading the dishwasher in the kitchen, Colin was practicing his slap shot in the living room sports arena when I heard a series of loud sounds in the following order: bang, pop, crackle, hiss, swear.

I may have given it away in my introduction: Colin hit the full Guinness can, it exploded and erupted its sparkling contents all over the place: walls, floor, stuffed animals, St. Patrick's day leprechaun crafts,...

Inevitably a moan from my side followed. I hate to clean.

So my son will turn eleven in September. All in all the damage he has done to the house is super minimal. He colored a wall, puked one the carpet, flooded the bathroom a couple times and broke a few pieces of tableware, but that's it.

Instead he has been nothing but cheerful, smart and lovable.

Lately he has gotten interested in the news, and it's great to discuss these topics with him.

Earlier this week members of environmental activist groups blocked the entrance of the two major Swiss banks in Zurich and Basel. They claimed these financial institutions are violating the climate agreement because they are making money by investing in coal extraction and other unclean energy generation.

The protesters chained themselves to flower pots and needed to be released using wire cutting pliers. Bystanders noted that police appeared somewhat excessively. Several dozen well equipped cops dominated the scene as if a major terrorist attack was happening.

It was just a bunch of tree huggers hanging out absolutely peacefully!

Most of them spent two days and nights in custody. They were accused of coercion (I guess this relates to obstructing bank employees from going to work and customers from entering the building, even though I understand this happened prior to official opening hours), breach of the peace, damage of property, prevention of an official act (I figure this applies to the people who refused to identify themselves?) and trespassing. They were released after 48 hours and if they have no prior record, they have to pay a fine of CHF (= USD) 800 each. A crowd funding in underway.

Two people remain in custody. They are considered a flight risk and there's a danger of collusion - haven't we heard this word before? ;-)

Colin's comment: Since the activists weren't doing anything bad, couldn't the bankers have just been left alone? At some point the protestors were going to get hungry and need to pee, so they might have left on their own?

Alternatively, instead of calling the police and having them arrested, why didn't the bankers invite the activists into their conference room and discuss common grounds?

I see a career in diplomacy and / or politics for my sweet son. And if so, I'll make sure he knows his anatomy. ("The kidney has a very special place in the heart." Really?)

Not sure if you've heard of Vincent Lambert, a quadriplegic French patient who has been in a vegetative state for more than a decade.

Vincent got badly injured in a motorbike accident in 2008. His wife has been pleading he should be allowed to die, but since there was no written advance directive, his case turned into a legal battle between her and his devout parents. Finally France's top court ruled, and his doctors are stopping artificial feeding and hydration and putting him into continuous deep sedation (CDS) until he passes.

Colin and I were talking about it, and he agreed wholeheartedly that this poor man be released from his suffering. Especially since both his wife and siblings confirm that before the accident, Vincent had always expressed he would not want to be kept alive.

"So, if I should ever be in this situation, I strongly ask you to take care of me. Pull the plug, let me go, OK?" I said to him.

He teared up. "B-but you're my Mom, and I love you, and you might still get better?"

I've got to get these patient's provisions documents done.

How about you, what does quality of life mean to you, and are your papers in order?

Don't leave before checking out my blogger friends' posts: