Welcome back to another episode of A'lil Hoohaa's photo blogging challenge. This month's theme is Snap Away, which gives us a lot of creative freedom.

In September I did something I've been wanting to do for a while: I participated in a "Photo a Day" challenge. Let me tell you about it. I found it by googling, looked at the prompts and thought there are some tough ones, but I can do it - and I did. Every day the host picked the fabulous four and published them with a special mention. Guess what, for SHINY my picture was chosen :-)
If you're interested (or may want to do one yourself) check out my Instagram page and / or  "Fat Mom Slim's" homepage.
Apart from this, it's been a busy month. Colin went back to school - actually not "back" since it is a new school, equivalent to junior high, and it's been challenging. He's also been training and playing hockey a lot, locally and more remotely than usual.
The first half of October he'll be off school, and we are taking time off from work as well, so we hope to explore parts our home country Switzerland since a trip to North America is not happening this year.
First let's see about my September though:
For the most parts it's been an absolutely gorgeous late summer, perfect to snap away! This is in the area of our local castle. Himmelsleiterli pretty much translates as "Stairway to Heaven" and somebody made an interesting observation:
"The fact that there's a highway to hell and a stairway to heaven tells a lot about anticipated traffic numbers." 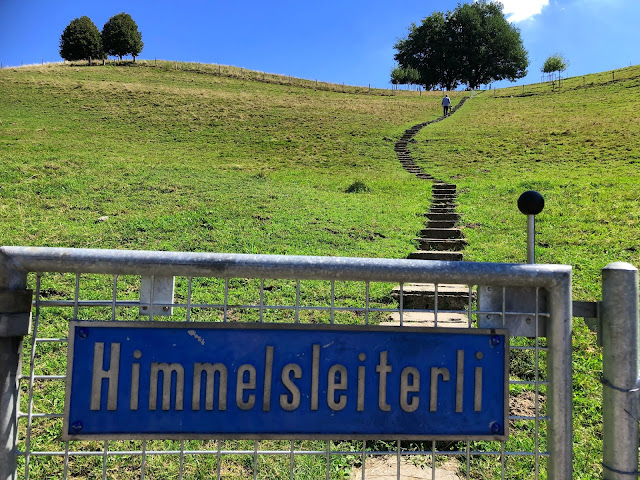 Colin's braces require disposable little rubber bands, which he ran out of. I used a rare day off to drive to his dentist's town to get some. It was before lunchtime, and I came across this welcoming outdoor seating area. 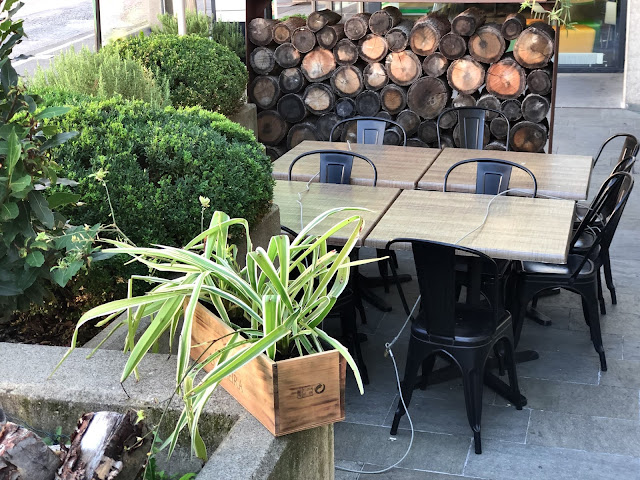 On another beautiful day I visited the pumpkin patch. Since I've already shared a lot of the decorative pictures here's just a simple haystack. 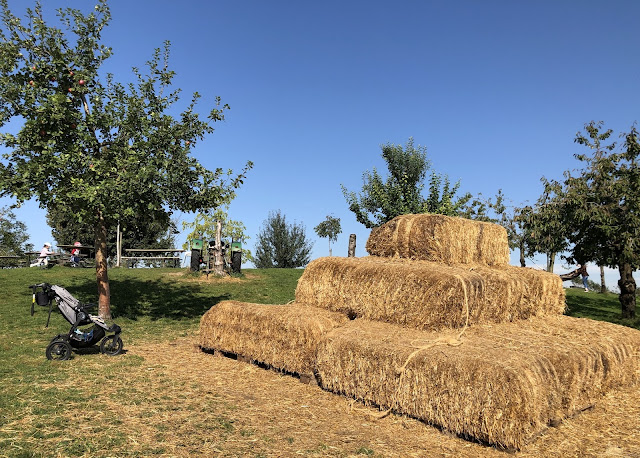 For the first time in Colin's hockey career he was in the line-up for the top team that plays in the same championship as the Italian speaking part of Switzerland. Meaning a few times this season, he and his teammates have to basically take a day trip to Ticino, which is a weekend getaway and vacation destination. In order to get there, you need to cross the Gotthard pass, which will unavoidably make you spend an hour or two queuing.
They go there using vans that belong to the franchise, and some brave Hockey Moms or Dads have to drive them. I will participate in an introductory class in a few days.
Anyway. We could have just dropped him at the arena at 7am and be on our merry way. Since we had to get up early anyway we said, what the heck, let's follow them in our private car and watch the game. 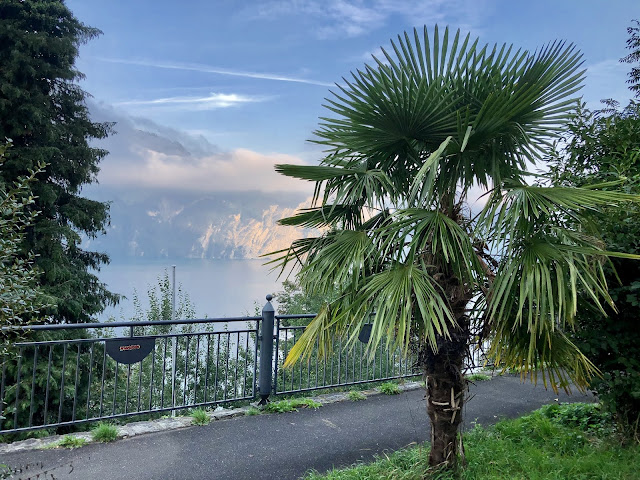 We were so glad we did. Not only did we enjoy some wonderful scenery on our way, we also witnessed a great hockey game that ended in our guys winning 3:16.
All that getting around makes a girl hungry. While Colin trains, I spend quite some time at Freiruum, the  new multipurpose loft style venue just within walking distance of the hockey arena. There's trampolines, yoga, meeting rooms, creative workshops, free wifi and street food  booths offering various cuisines. After lunch they don't resume cooking until 6 pm, and only Thursdays through Saturdays. Recently a Taco stand was opened. I made friends with the guy who runs it, and he will take pity in me and make a Mucho Nacho Bowl for me as early as 5pm. Who's a lucky girl? 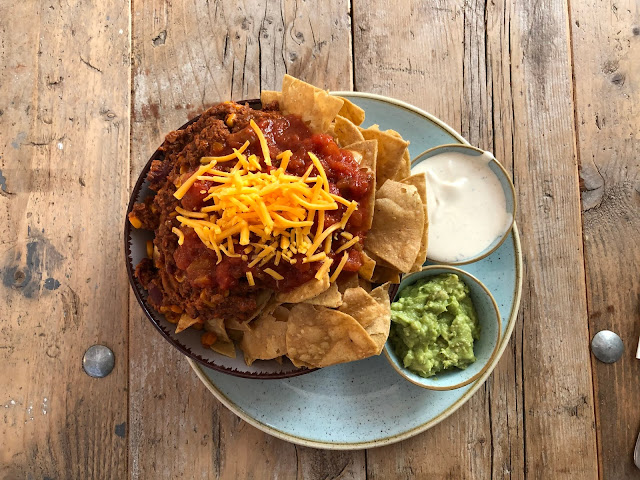 These were my five - I hope you've enjoyed them.
What have you been up to this month? Let me know in the comments below.
Please head over to A'lil Hoohaa's blog and check out my fellow bloggers' contributions.
#Photoblogchal A'lil Hoohaa championship dinner haystack hockey hockey mom life lunch Mucho Nacho Bowl Photo Blogging Challenge pumpkin patch snap away stairway to heaven taco stand Ticino