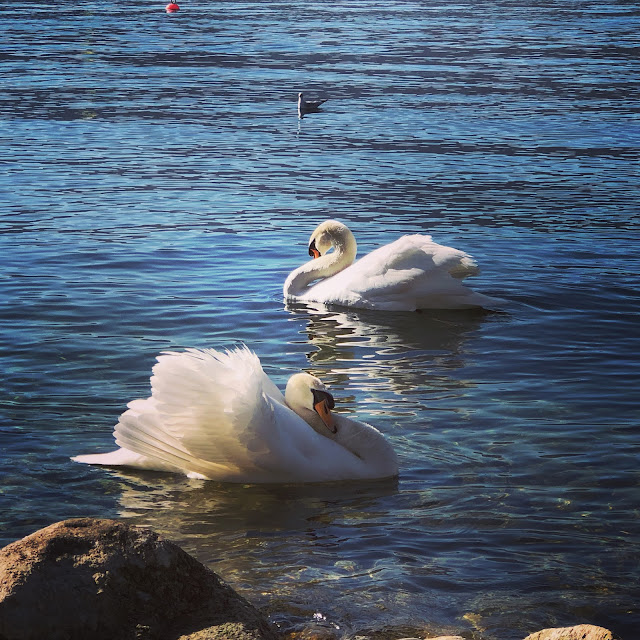 Welcome back to A - Z 2021. Yesterday we were talking about (Some score) from the East German Judge

Kill two birds with one stone
and it was inspired by my fellow A - Z Blogger Karen over at Weekends in Maine.
Obviously the phrase is not to be taken literally. We're not about animal cruelty, but we sure like to efficient around here and get two things done by making the effort just once!
Also, we don't throw stones, especially considering we may live in glass houses ;-)
Before Colin was about to start Middle School it was time to look for an alternative to the big kids part of Daycare he still frequented for lunch twice a week. I asked around and a Mom, who has an older son, told me about the lunch organization working together with the new school.
"Actually" she said, "I was being a bad Mom. I signed him up for all five days, even if I don't work full-time."
Oh, I had something to say about that!
She was actually being a good Mom by
Long story short, part-time working Moms are literally killing multiple birds with one stone all the time!
A word to lunch at school. To most readers this may sound like a non-brainer: you enrolled your kid at school, and there will be a cafeteria or some sort of meal program.
Well in Switzerland, even though schools are now obliged to provide some sort of provisioning, it still isn't a given, and oftentimes we rely on private initiatives if we don't want our kids to cycle to McD's or come home for lunch.
Any expat who first comes to Switzerland is shocked by the degree of backwardness that is still prevailing around here.
School schedules, even though they've improved, still make it hard for working Moms. Yes, Moms, not parents, because for several reasons (one of them being guys still making up to 30% more money) the Dads work full time, and many Moms stay at home to cater for the kids with opposite schedules or juggle a part-time job around her other duties.
One of the relicts of the olden times is the Wednesday afternoon off school. Depending on your kids' age you will host playdates or run a youth club at your house.
Also, sports (beyond PE) are not part of the school system. If kids play soccer, hockey, tennis or whatever their little hearts desire, it'll be outside school.
Meaning, depending on equipment and location, they need to be taken there. My the Moms.
My personal example is as follows:
My son Colin plays hockey. He has the privilege to be part of an organization whose coaching staff provides excellent advancement. I just recently blogged about how he even ended up there.
Also, his school and practice schedule are overlapping, and we had to ask for speciall treatment before he even started school and had an opportunity to prove himself.
The downside is, his team is a 50 minutes' drive away. It may easily go up (or beyond) an hour though.
Now in order to play hockey you can't just show up two minutes before practice starts. There's a lot of gear to put on. Tying the skates' laces alone will take you a good amount of time. Meaning he needs to be in the locker room half an hour before practice starts.
So basically if practice starts at 5pm we need to leave at 3:30pm.
They typically train for one hour. On the ice, that is. Then they get 15 minutes to change into sweat pants and sneakers for another half hour of off-ice training: skills, stick handling, strength, endurance and stretching.
After another 15 minutes they will emerge, freshly showered. And hungry. It's 7pm by now.
What have I been doing in the meantime?
Pre Covid I would often be sitting at Starbucks and write or getting errands done around town. Killing birds, you know?
For the past year I had to get creative, though. With shops and restaurants closed and seating removed even at supermarkets, I basically lived in my car, especially during the cold winter months. From time to time I dared to check out some take out places.
Just to wrap up our practice routine: by the time we're home it's 8pm (or later if we carpooled and dropped off a teammate a few towns away.)
I somewhat digressed. We were talking about killing birds.
I'd say in normal times my hockey runs let me make the best out of that time. I considered it me-time and / or writing time. This past season not so much. I was mostly on social media, killing time, not birds.
Except when it wasn't completely dark and nice weather, which also happens in winter from time to time. I would usually drive towards the mountains and explore. I must say, I did find some gorgeous spots to take a walk (a short walk, because cold) and take pictures.
So I guess that's at the very least a successful side effect. 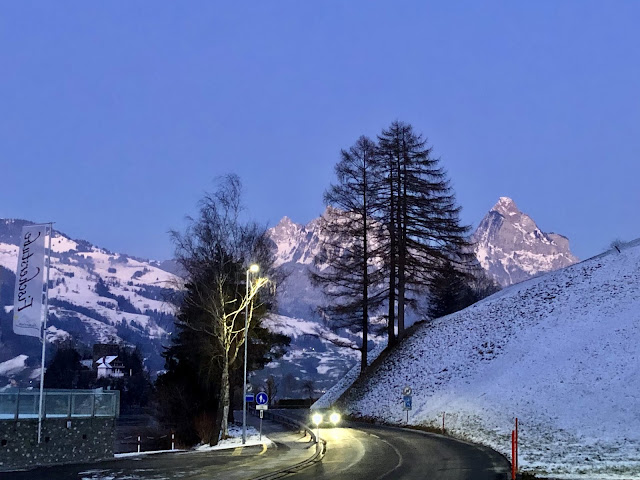 Tomorrow we'll be talking about life - as in Life is what you make of it.
Hope to see you there!