Another month is in the books. August's Photo Blogging Prompt is "Adventure".

I don't consider myself an andventuros person. At least not as in jumping out of airplaines and stuff. Then again I don't mind traveling on my own. In any case I like to break the routine and make our everyday life fun.

Speaking of traveling. Since going abroad is not in the picture in the near future, I'll have to get my foreign culture fix at Freiruum. I may have mentioned this multi-purpose venue a time or three. t's my favorite hangout during Colin's practice. The growing number of food stands include Tacos, Sushi, Poké Bowls, Pizza, Pasta, Greek, Thai, Swiss, Crêpes and more.

The other day I discovered they display an original British red phone booth. Isn't it neat? 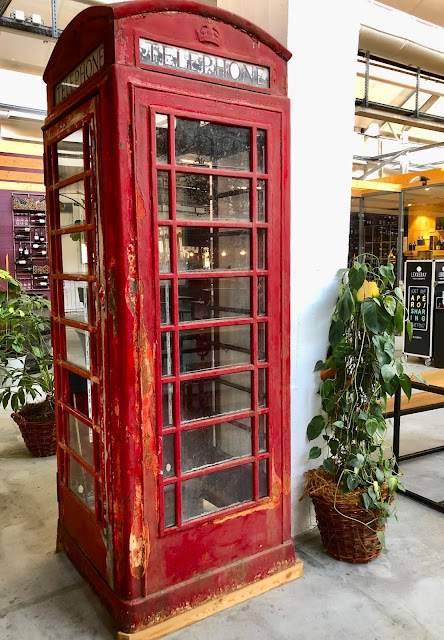 In order to get to practice, we usually drive  some 50 minutes plus. The other day there was an accident on the freeway and we - along with millions of other drivers - decided to avoid the traffic jam by using an alternate cross-country route. It was super congested, and even though we had left early, we arrived late.
Good thing the youngster had snacks, water, his phone and a book to keep him fed and entertained. As for me I relied on good music on the radio. 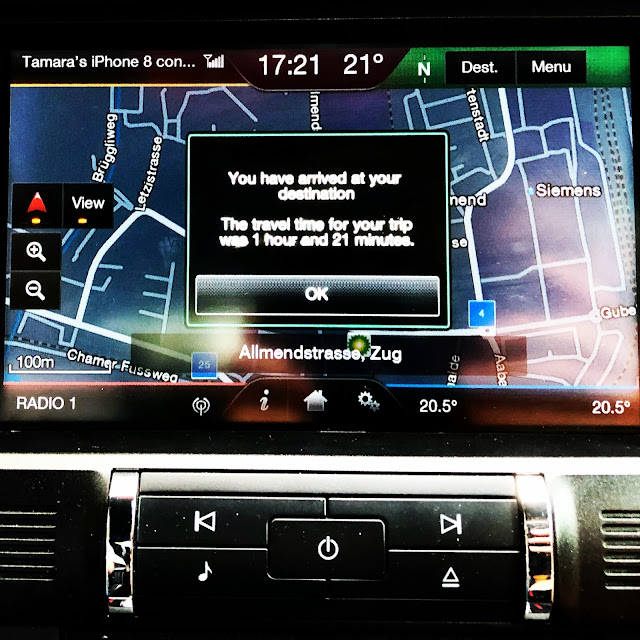 Practice is an important part of our week, a great  balance to school, the structure and processes wonderful life school and part of our social life revolves around it, etc
Let's be real tough, the reason for driving all those miles and spending all that time are the games! Pre-season has begun, and Colin and his team advanced to the U15 group: kids that are born in 2007 or 2008 and are therefore younger than 15 years old. They're getting so big and strong! Wearing their skates, they're pretty much taller than me! 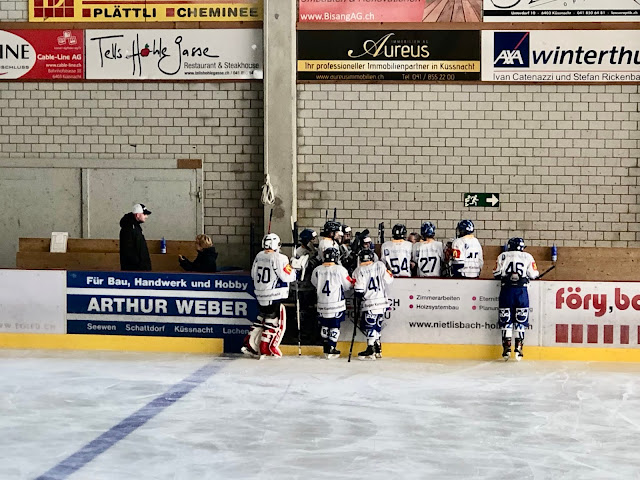 Since parents are allowed back to the audience, I resumed my role from past seasons and act as the  sports journalist. There's a video summarizing every game:

On a slightly less exciting note, Colin went back to school.
His second year of junior high started, and during this school year they will start to explore their professional future. They will learn to create their resumé, and mid-September they're off to their first trial day.
He will follow in his father's footsteps and find out what a system technician does all day.
One of his classmates had her birthday the other day, and he was invited to her party. In the past year we have exhausted all our gift ideas, and she wasn't helpful either. "Some cash" she apparently shrugged.
I rolled up my sleeves and got to work. I present to you...
...the money bearing tree! 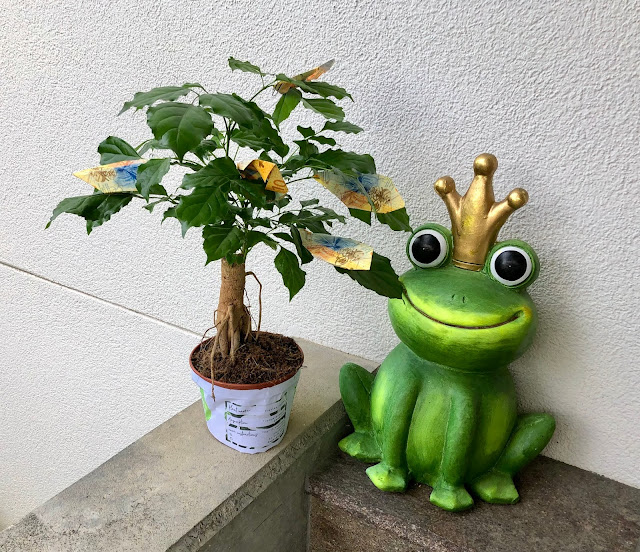 The yellow "leaves" are Swiss 10 Francs bills.
It came with instructions on how to make sure the bills actually regrow:
While he was enjoying his birthday party with his friends, I went out as well with a friend whom I last saw before the pandemic, so probably in late fall 2019. We were too busy to take a picture of the two of us, but here's the food. 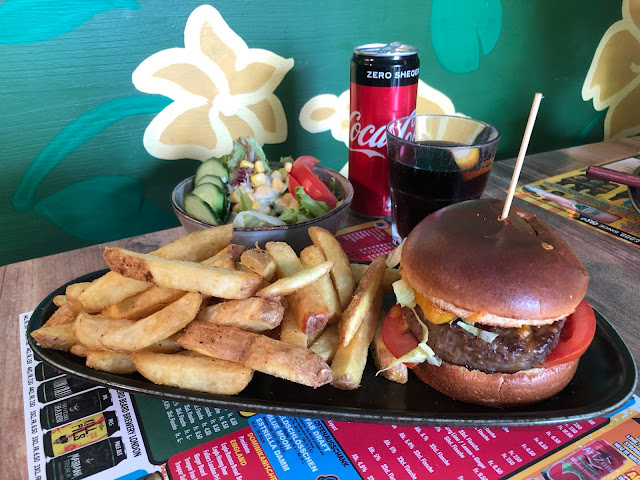 These were my five - I hope you've enjoyed them.
What have you been up to this month? Let me know in the comments below.
Please head over to A'lil Hoohaa's blog and check out my fellow bloggers' contributions.
adventure Andy's Place Back to School Birthday Party Burger Game hockey job trial match money bearing tree Music Phone Booth Photo Blogging Challenge practice traffic jam video