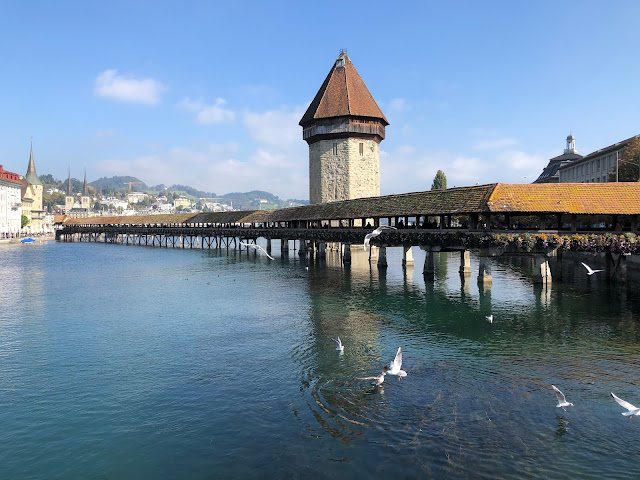 Welcome back to Day 6 of the Ultimate Blog Challenge. Today's prompt asks the question "As a blogger / writer do you take weekends off?"

First of all, as a Mom, there's no such thing as weekends off, hahahaha! Especially if you're a Hockey Mom, but more about that later.

Since I have a day job, even though it's just 22 hours, I can't get too much writing done on weekdays. I can squeeze some in while Colin is at hockey practice, if I have no errands to run. How many times this happens... I'll leave it up to your imagination.

On those weeknights that he's off practice, I try to make a nice dinner at home. OK, a decent dinner. I like to make something I can prepare, put into the oven and be done with, such as lasagna or enchiladas. This will give me some 20 minutes I can use to blog. Doesn't take me far. 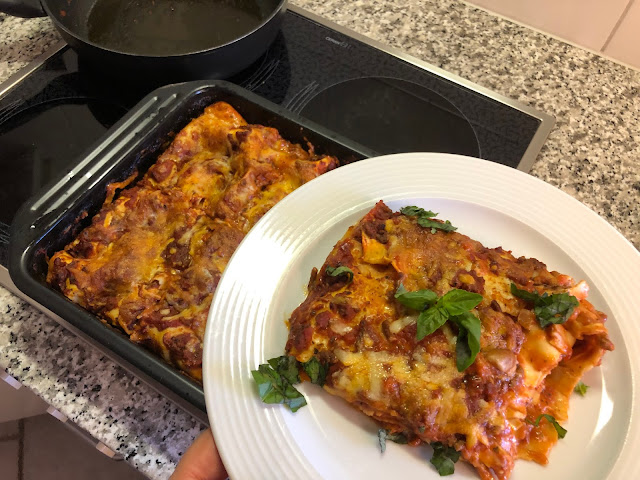 I don't consider myself being a morning person per se, but I can definitely write better in the morning than after a hard day. Most mornings though I have to get ready and get my son, husband and myself out of the house. When I don't work, I usually have appointments at the dentist's, hairdresser's, dermatologist's, gynaecologist's, or as of lately at the car shop, take your pick.

Or there's something to bake for a birthday, school event or the tenth goal. (What's the tenth goal, and what does it have to do with baking? I'll tell you later.) 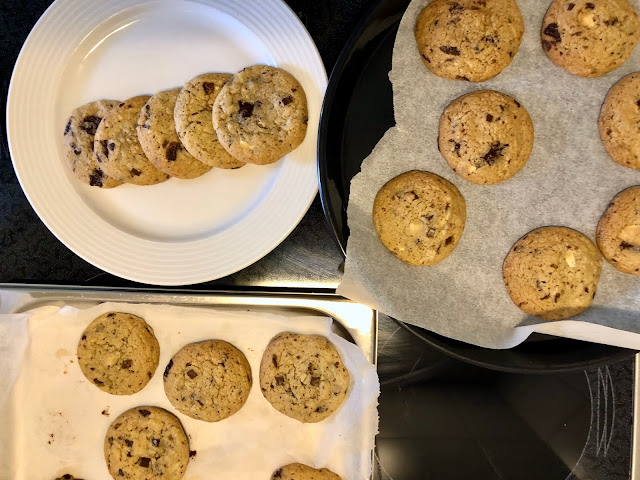 Where does that leave me, the writer?

The weekends, you will say.

Hubby, who owns his own business, uses Saturdays to catch up on what he wasn't able to get done during the past week and to get ready for the new week.

Meaning he leaves the house, meaning I'm in charge at home. When Colin was little, this was somewhat hard. I had to get chores done around the house, go grocery shopping, do everything by myself with the toddler in tow.

However, I tried to keep the housework light though and focus on creating fun adventures. We would take trips to the zoo, the toy store, the lake, a sporting event, you name it. After all they're only little for so long. 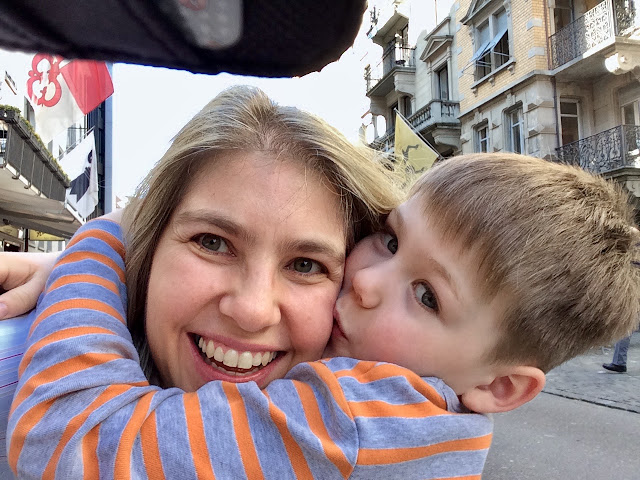 These days, Saturdays are different.

Either Colin has a game, in which case my husband will postpone his office day to Sunday.

The game is on Sunday, in which case refer to above scenario, only the toddler has become a teenager who doesn't want to go to the park with Mom. I just have to make sure the refrigerator is filled, and wifi is up and running.

So this is when I'll get to write for longer than the odd half hour here and there. And if I don't write, I will catch up on visiting and commenting on my blogger friends' posts. I consider this good blogger's etiquette, and frankly I disapprove of people who will never return the favor. In other words, I so appreciate your reading and leaving a note - thank you!

Do you want me to tell you about Game Day?

Depending on whether it's a Home or Away Game, we need to leave early in the morning, and when I say early. 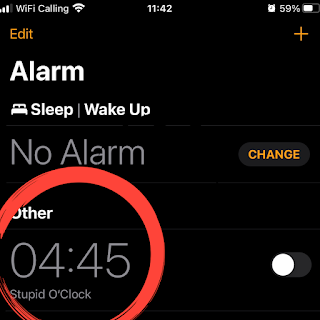 I mean when it's still dark outside, even in late summer. 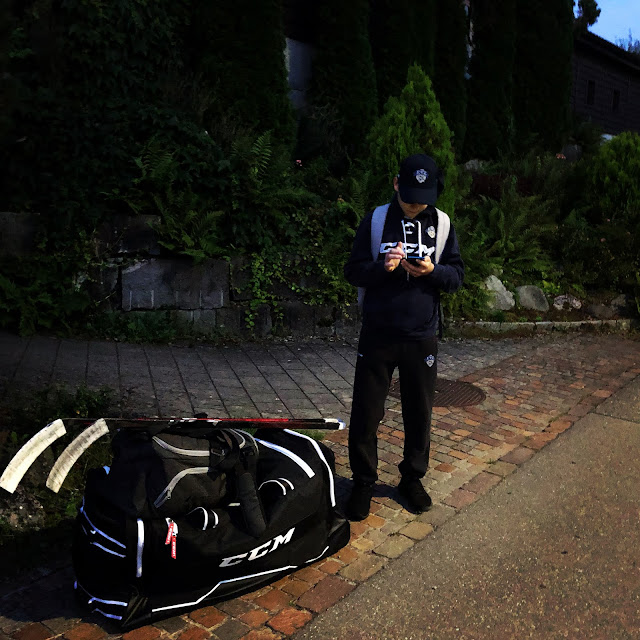 Parents will either drive their kids directly to the location, or, for destinations that are further away, drop the players at the arena, from where they will board a team van. 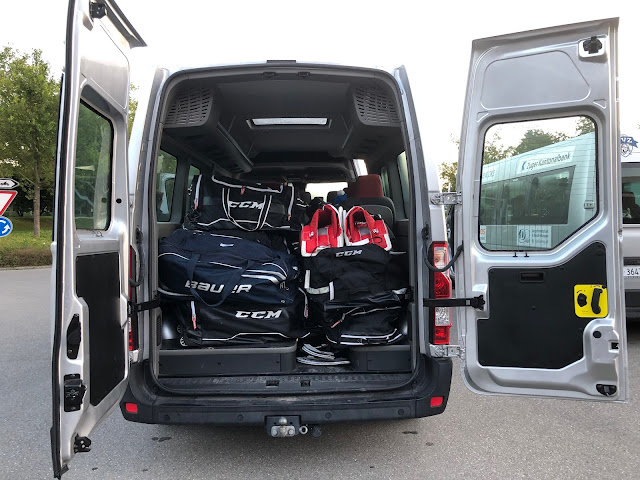 Since for us the arena is a 50 minutes' drive away, we don't see the point in taking him there and return home, so, unlike most other parents, who will happily drop their kids and enjoy a weekend off, we'll follow the van and watch the game.

I was talking about parents who'll drop their kids in the morning and go to the spa or the movies for the rest of the day. Actually that's not the case. Most have more than one kid, and these other kids most likely play hockey, too. If they don't, they have to be taken to ballet, horse riding, soccer or some other activity. So these parents especially appreciate to get to see how their young hockey player did at the away game.

That's what a typical weekend looks like for us between August and March. I'm grateful this season has been going smoothly so far, unlike last season that started off with Colin coming down with chicken pox grounding him for two weeks, only to resume training, playing and ending up getting a check to the head, leaving him with a concussion for another two weeks. Soon after his recovery, the championship was suspended and later cancelled due to you-know-what. Fingers crossed!

PS: I mentioned "baking for the tenth goal". It's a thing, folks! The player who scored the tenth goal, has to bring a cake for the team to one of the upcoming practices. So let's say the score is 9:4, some mothers will get nervous because they can't bake, while others secretly hope that their son will score the tenth goal. Rumor has it that players have some thoughts of their own. Such as, let's pass the puck to Colin, we like his Mom's chocolate chip cookies ;-)

What do your weekends look like? Do you relax, do you work, do you write? Or do you attend youth hockey games by any chance?

Let me know below.