July 06, 2018
Welcome to July's Secret Subject Swap. Again 10 brave bloggers picked a secret subject for someone else and were assigned a secret subject to interpret in their own style. Today we are all simultaneously divulging our topics and submitting our posts.

Sit back, grab a cool drink and check them all out:


Baking In A Tornado 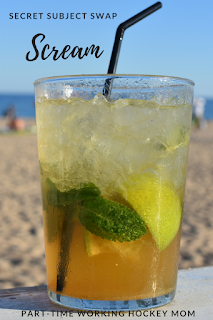 On the other side of the house she heard a scream...

A couple of weeks ago David's Dad Jack died in a car accident he was involved in with his grandson Jason who got badly injured. David is currently undergoing test and procedures to prepare for a partial donation of his liver.

I put together a glossary and a collection of links to help you (and myself) to keep track of characters and happenings.


Caroline stepped out of the house, carrying a basket full of wet laundry. Her dryer had died on her, and she had grundgingly purchased a drying rack that she set up on the terrace, always praying for the weather to be good and not to surprise her with a thunderstorm that would leave her with laundry even wetter than when it came out of the machine.

She meant to ask somebody

But frankly she couldn't be bothered.

While she was hanging out her laundry - when on earth did Max's socks become larger than her own? - she felt a little more relaxed than the previous days and weeks.

Her husband Dave and his nephew Jason had ondergone liver surgery, and even though both of them were recovering beautifully, considering the seriousness of the procedure, David was not expected to be able to fly back for several weeks.

As for Jason, recovering physically was one thing - his mental state quite another, though. Understandably he felt massively guilty. He was responsible for his Grandfather's death, plus he put his uncle through a medical procedure that forced him to take off work indefinitely and left him in a hospital bed, thousands of miles away from his family. Jason didn't even know about the bomb he dropped where his biological Dad was concerned.

With David doing quite some traveling for business and her own commuting to Geneva, she was used to carry most of the family's responsibilites on her own: school, homework, field trips, playdates, sports practice, appointments, melas, the works.

Lately she had begun to relate more and more on her neighbors Arvid and Lykke Forsberg - the ones with the black lab. So oftentimes the kids would do their homework and have dinner at their place until Carolin returned from work.

But now summer break was approaching, plus her neighbors were planning on going on vacation, so Caroline was back to square one.

There was one week she didn't have to worry about: Max was going to attend hockey camp, and Victoria was invited to join the Howards for a week of beach fun in Southern France. They had to go by car though because Marietta's pregnancy was too advanced to be allowed on an airplane.

What was she supposed to do about the other weeks? Ask for a leave of absence at work? She didn't want to be that mother who can't juggle what life threw at her.

Plus she heard about recent cost cuts that were going to affect her department, and she couldn't afford to be made abundant. Dave's benefits were going to run out at some point, and she was going to be the sole breadwinner of the family.

How did single working moms manage? Especially if they were expats with no family nearby? These past days were hot and humid, and regular Swiss residential buildings didn't have air conditioning. So night after night she would toss and turn, waiting for the air to cool down enough so she could get back up and open all the windows to let the cool-ish air circulate. The open windows caused the risk or letting the mf mosquitos in, though. She couldn't win.

Sleep deprived as she was she had to meet with Victoria's teacher earlier today. Thank God the guy spoke decent English. Just enough to let her know that Vicky needed to up her game or else.

Oh, boy. Caroline couldn't help with her homework. She was barely home, and when she was, she honestly didn't understand enough German to give her daughter the support she needed.

Not that the girl even cared. So what if she had bad grades? She was more interested in going to mall with her friends, trying the new summer fragrance and memorizing the lyrics of this cool Chainsmoker song: 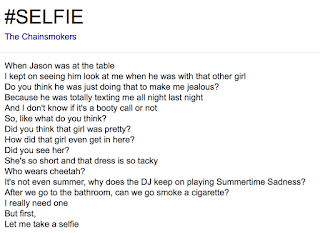 Caroline was absorbed in her thoughts so she probably didn't realize it at first, but suddenly she heard a scream on the other side of the house.

The sound came from the Forsberg's residence. Oh my goodness, what was going on? They seemed to be in decent shape, but still, they must be in their 80s, so you never know. Did somebody fall and injure themselves?

Caroline dropped the T-Shirt she was going to hang and ran to her front yard, onto the street, down the pathway to the Forsberg's house and rang her neighbors' bell.

More screaming. Actually it didn't sound as dramatic as the first time.

She felt silly and turned around, feeling akward for intruding, but already the door swung open and Arvid, wearing a yellow jersey, looked at her with a broad smile.

"Caroline, nice to see you, how is David doing?"

Uhm, he's recovering nicely, thanks. Everything OK with the two of you? I thought I heard some screaming and wanted to check on you.

"Haha, yes, dear, I guess that was us, cheering, actually! My brother's grandson Emil just scored!"

"Aren't you following football, I mean soccer, this summer? World championship? Major important game between Sweden and Switzerland? Everybody has been talking about it!"

Uhm, nope, can't say that I do. Trying to keep my sh** together over here. Could do with a good scream myself, truth be told. 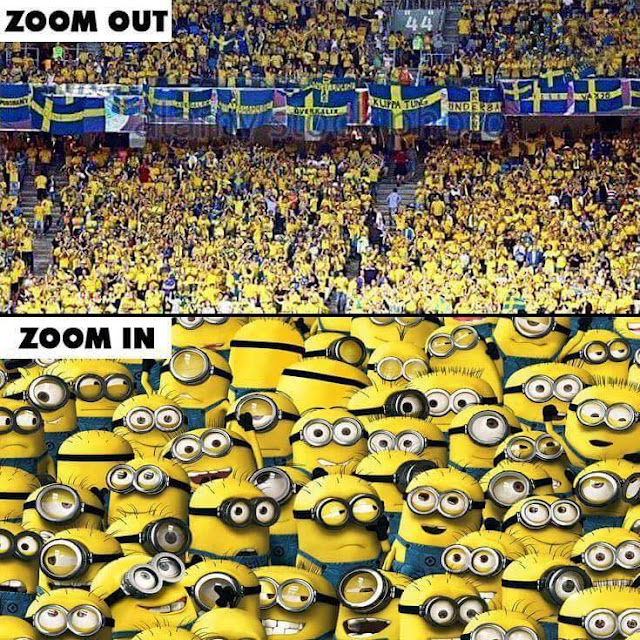