March 31, 2020
Welcome back to another episode of A'lil Hoohaa's monthly photo blog challenge.

I've been on board since 2017, so I have contributed to Four, Five and Six.

Tetris has seven different shapes, and a few Christmasses ago I got ourselves this cool 1980s Tetris lamp. As long as the shapes are connected, you may place them however you like! 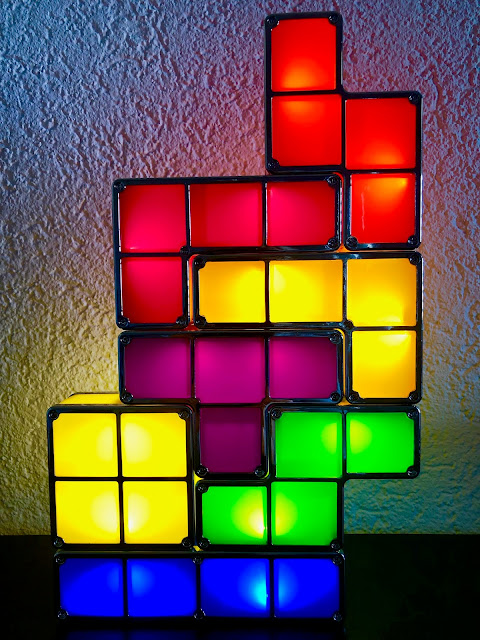 As I was saying, I've been doing these challenges for a while, and I anticipated this prompt. Good thing I took a picture here and there last month, because we have been locked down for a full two weeks now.

So in February I came across this bar? Hangout? Restaurant? It's called Seven Friday. Once this is all over, I want to go there for happy hour! 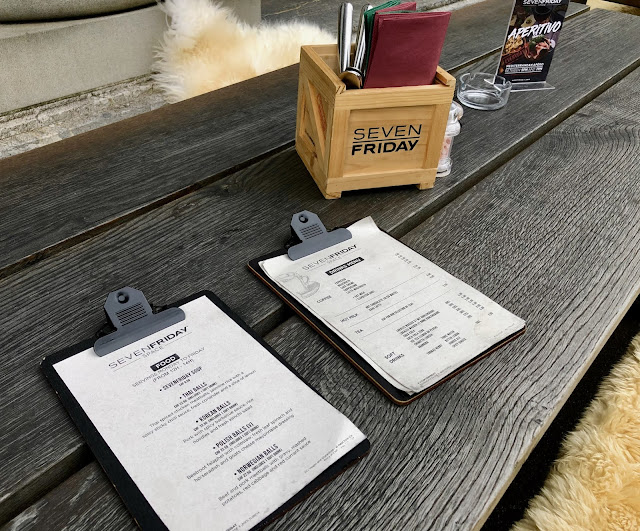 Arriving at Zurich main station, you may walk there or take the tram. Numbers six, seven, eleven or thirteen will take you there. 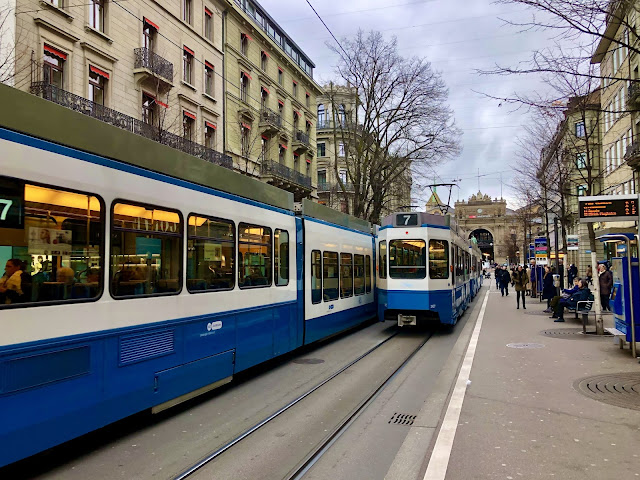 Next up, an anecdote that happened during my immersion with Starbucks in Seattle. The group consisted in about a dozen other new hires from Asia and Europe, and we were shuttled back and forth, visiting the coffee roasting plant, different types of coffee shops and the support center = HQ. Most of our time was scheduled, but we had some time off as well. Some of my new friends were planning to take a taxi to the mall, and I overheard one guy saying he wanted to purchase 7 jeans. Another guy was surprised. "Why that many?" he asked. He had never heard of the brand 7 for all Mankind. We had a good laugh, and he was being teased for the rest of our stay.

I guess back then you could exclusively buy them in the U.S. These days they can be found on shelves of Swiss department stores. 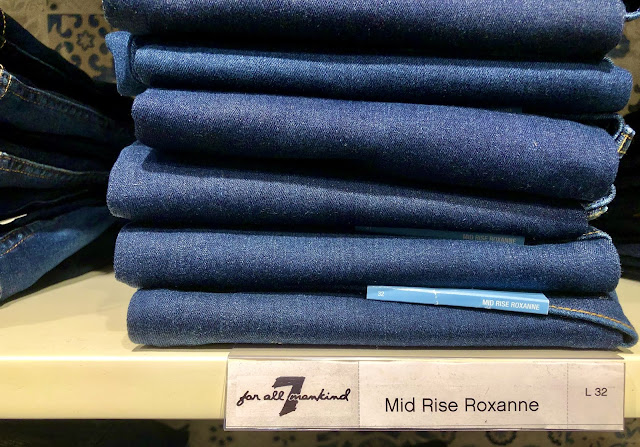 We don't have 7/11 convenience stores in Switzerland. We do have, however, 7 up soda, and this virtual cat wanted to share one with me. By the way I grew up believing cats have seven lives, but now I read it may be nine? Either way... Have you played around with these augmented reality animals that can be found on Google? So much fun! 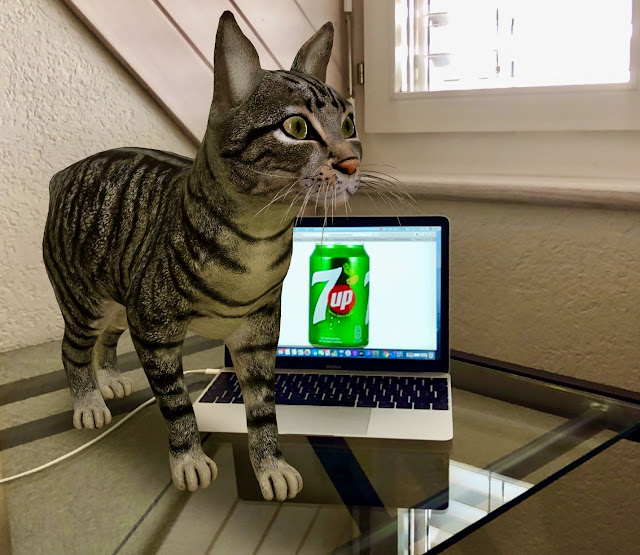 Before you leave, here's my bonus picture, category throw back... I obviously took it on the 7th floor of the Glatt mall's parking garage when Colin was seven years old, God, how can he be 11 already? 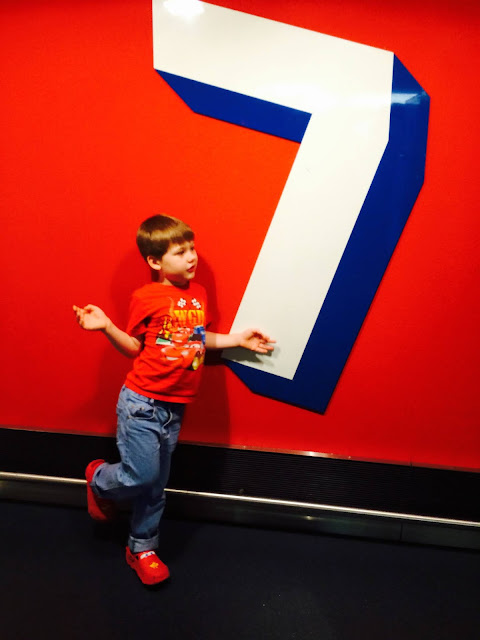 Wednesday, April 1st, the A - Z blogging challenge starts, ready or not! I'll be talking about all things Swiss, so don't miss it!