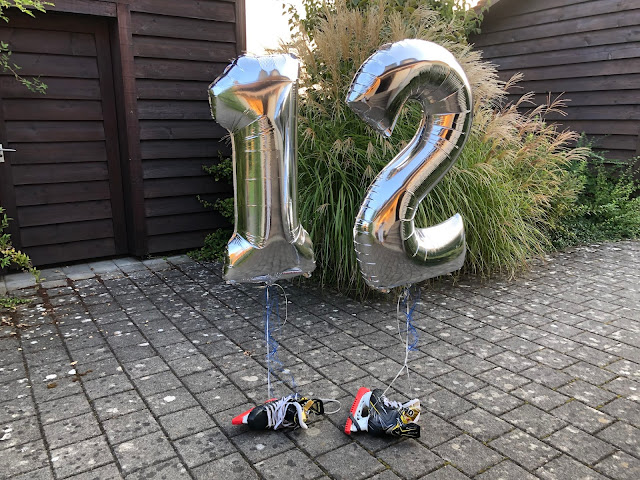 What is something you've done to impress someone that made sense then but seems ridiculous now?

It was submitted by: Baking In A Tornado - thank you, Karen!
I have never complained or asked for a different subject just because I didn't like it.
This one though?
I can't do it!
I have been thinking long and hard, I just cannot come up with anything.
I mean, I can think of things one might do:
Yes, my style in terms of clothes and hair as a 13 year old may have been questionable, but
a) it was the 1980s
b) everybody was doing it
c) I certainly didn't impress anyone
So what does this say about me?
I'm boring.
Thinking about the principles my parents injected me with, it makes total sense though:
I was told to
And I was told not to
My upbringing may have made me square, and I have nothing to say in this post, but my parents were able to let me go to other people's houses without worries.
Let me go slightly off topic here.
Two weekends ago we finally found a hockey-less day to invite Colin's schoolmates to celebrate his birthday. Unlike other years where I went to great lengths to create invitations, decoration, baked goods and games for a Lego, Minecraft or Murder Mystery themed party, my 12yo kept it simple: in a WhatsApp message to the group he communicated the date and launched a poll whether to order burgers or pizza.
The plan was to spend parts of the afternoon at the school yard to play soccer and just hang out. Unfortunately it was pouring, and they ended up populating our house as if they owned the place. I had to remind them to take off their wet and dirty shoes and to close the door behind them. It was around 48°F.
I forgot to mention that when they rolled in I said "Hello everybody, welcome."
There were seven kids. Three of them have been coming to our house all through elementary school. Two of the new junior high class have visited before as well. Leaves two people I haven't met yet. The number of kids who said Hello back was zero. Just blank stares.
For a while they left and spent some time at the nearby shopping center. Colin asked for hot chocolate, and so they needed to bring more milk.
When they came back, they used the neighbours kids' go-karts even though C told them to leave them alone. There was an incident where they put chewing gum in his hood for fun, and he told them off so loudly I heard it through the closed window.
They emptied their soda cans and disposed of them on our lawn. C had to go and collect them. The kids who didn't finish their Coke brought the cans into the house and left them and their sticky traces there. Or so they thought. When they were finally leaving, I asked "whose are those, please take them with you, I am not your recycling plant."
So I made hot chocolate and chocolate chips cookies, and I was really excited about it. 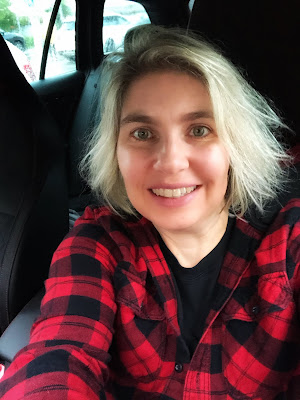 As I was saying, it was a dull, wet and cold fall day, and I was wearing my plaid shirt and super fluffy socks that made me feel like it's almost Christmas, and the Elf on the Shelf must be hiding somewhere. 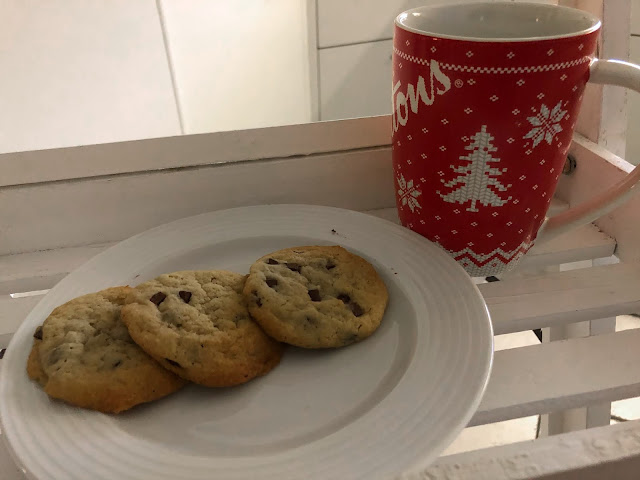 One of the "new" boys came into the kitchen to ask for a rag as he had spilled some milk. That was the highlight of my day, and I wanted to kiss him. Unlike the one who unplugged the coffee machine so he could charge his phone. Really?
I tried to keep an open mind and tell myself they were his friends, and they were having a good time, and that this, too, shall pass.
Hubby was at work and missed most of the fun.
I texted him an hour before the pizza delivery was supposed to arrive, and he came home pretty much to the same scenario: he greeted the kids, and nobody said anything back. Well, except Colin of course. What's wrong with them?
The food arrived, and for once the noise level decreased.
The balloons were supposed to say 12, instead they look more like 21?! 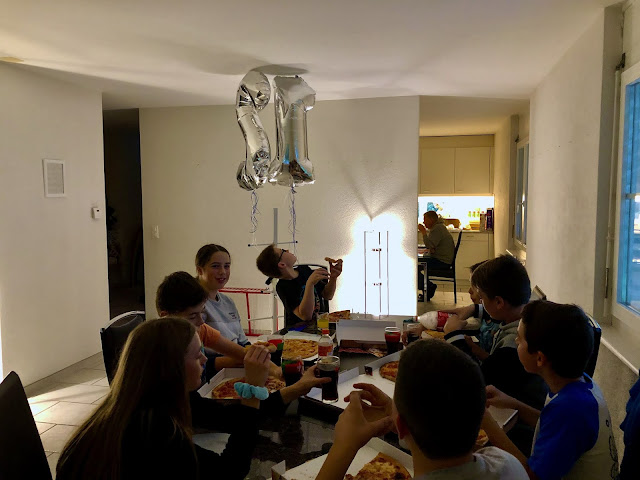 As soon as the pizza was gone, the chaos resumed. Shrieking, shouting, giggling and pounding, playing trashy videos on their phones, everything at the same time - I don't even know how to describe the scene.
At some point I told Colin to wrap it up and send his friends home. He claimed it was too early and that I had promised they could stay till 8pm (it was 7:30). I was like "I don't remember having committed to that. I've had enough, they need to help clean up and then leave."
Said it and went to the upper floor where I opened a window and took deep breaths.
I heard them discuss. I heard statements like "my parents are at the restaurant, they can't come and get me now", "we'll go when we feel like it." and "let's chill."
One boy didn't want to push the limits. He got dressed and asked Colin "where are your parents, I wanna say good-bye." He thanked us for having him and left. So there were 2/7 kids who knew how to behave! Rag-guy and goodbye-guy.
Hubby had to practically throw out the last three (who live close-by and didn't need to be picked up by their parents) at 8:20pm.
After things had calmed down, Colin remorsefully apologized to me. I felt like the worst mother on earth! I hugged him and said he was not responsible for his friends' behavior.
We had a really good talk, and it turned out he was not happy about them either, especially
his long-term friends who left the chocolate wrappers in his hockey bag and wiped the sour gummy worm sugar off the table - to the floor, shrugging.
"And just so you know, the ones I invited are the most decent ones, it could have been much worse." he said.
Luckily we know and experienced that it can be much better as well. Just a week prior to this, I took him and his hockey friends to Freiruum, and everything went super smoothly. They ordered, the ate, they had a good time, they cleaned up, they went home. 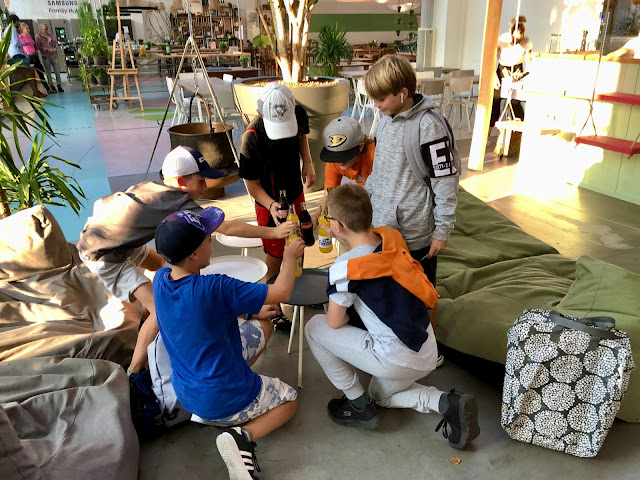 Is it because it was a public place, is it because they are athletes, members of the same team, humble people? Not sure. Just very glad Colin is part of this group.
Wrapping up this post, I just hope he'll never become an entitled brat himself just to impress his "friends" - he may have to blog about it years later ;-)
How about yourself, any skeletons in your closet? Let me know below, and please also visit my fellow bloggers' posts.
bad choice Birthday Party decent behavior decision Friends impress Secret Subject Swap