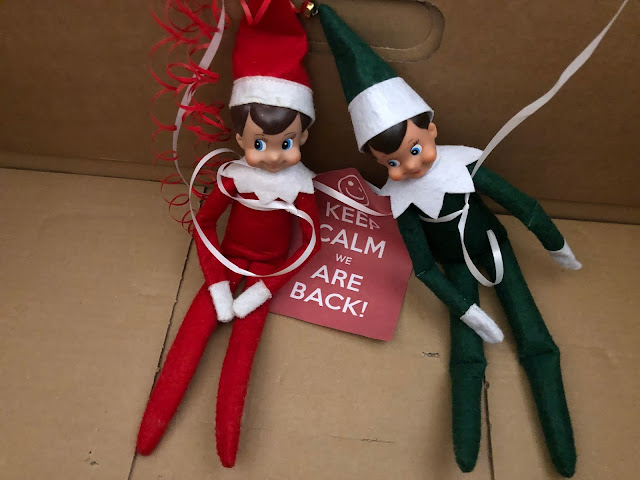 Cookie and Biscuit, our beloved Elves, arrived in a huge box, sent from the North Pole. 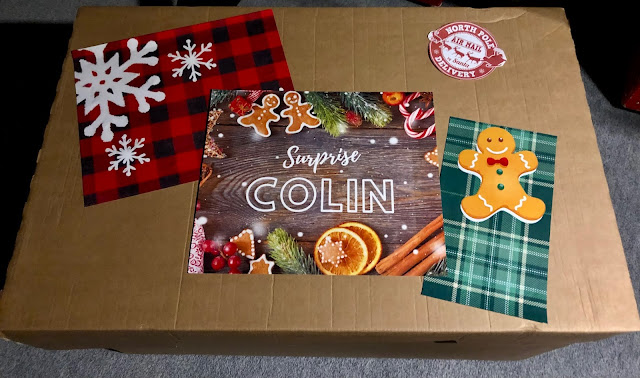 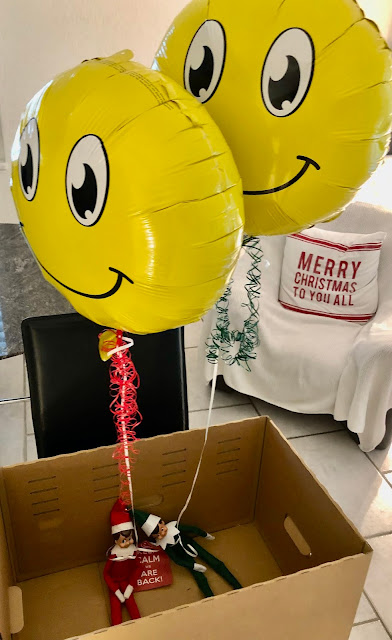 Last year, your elves flew in early in order to quarantine for 14 days, as any decent international traveler had to. This year, they've had their vaccine, allowing them to move around more freely. 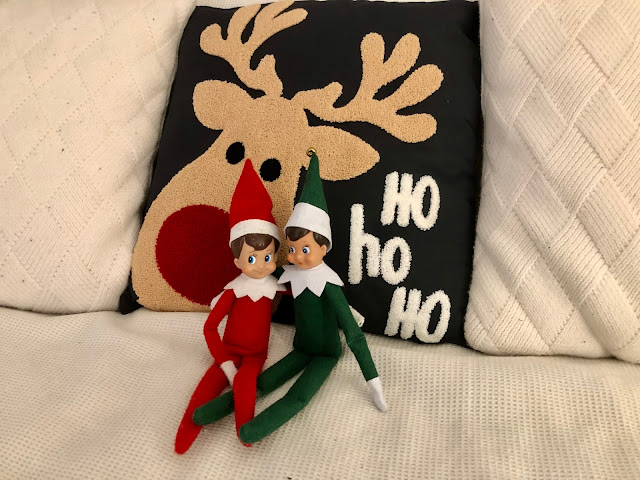 I think they know we still have a bone to pick in connection with some baking project. Last year they drastically simplified the concept of a gingerbread house. They used a couple toast slices,  positioned them just in order to cover the ginger spice jar and called it a day. So today they were ready for a remake! 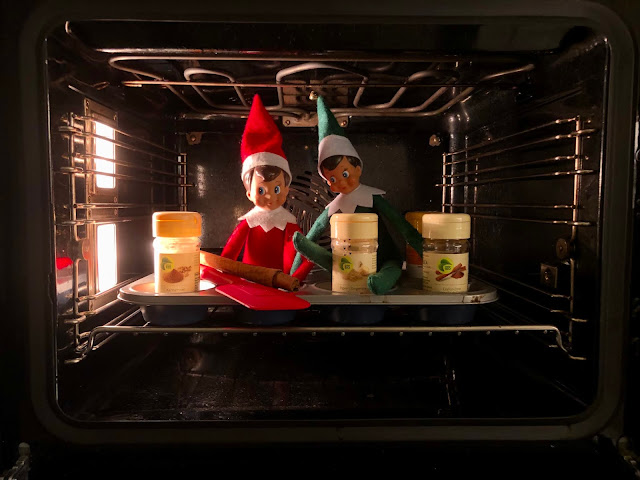 Certain family members did not benefit from the possibility of postal voting in advance and therefore had to get up early. The polling station in our village is open only from 8:30 to 9am. Our dear elves have therefore brought enough coffee ☕️.

What did we vote on? Basically confirming what has been the topic in March already: A pandemic law regulating decision-making channels, financial measures and maintenance of the Covid Certification obligation.

Most of our family and friends were for it, and "we won" with 62% of the votes, showing that opponents were a very loud minority but still a minority. Phew. 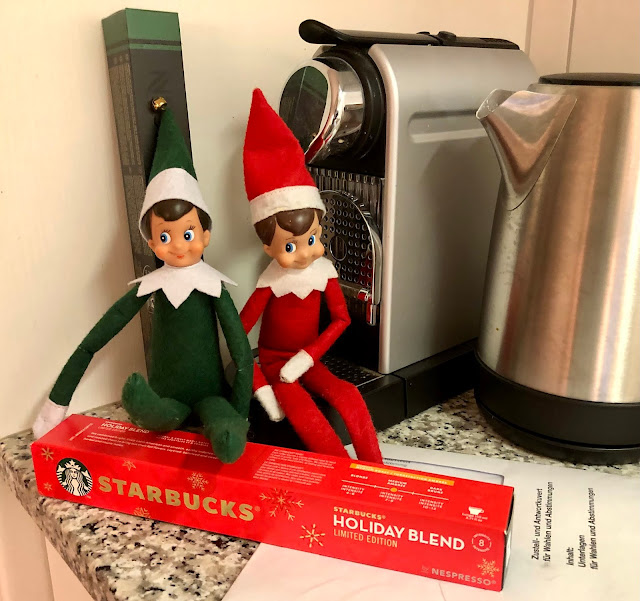 Unrelated to the vote this weekend, on Monday Cookie and Biscuit announced "heute Gemeindeversammlung". What does that mean? And who's the guy on the poster?

The municipal assembly is the most original form of direct democracy in Switzerland. Local voters testify their support of a proposed business by raising their hands.

At our town this happens once a quarter (or, if there's nothing urgent to discuss, bi-annually). We just had one two weeks ago.

Often among the topics is the rezoning of a piece of land. Investors want to build commercial and residential buildings on agricultural zones.

If the municipal council needs a loan to build a gym, for example, or to renovate a neighborhood street, this is also voted on at the municipal assembly.

However, the poster that hung on the kitchen door today, has nothing to do with our village. It is the name of the performance of a comedy by Mike Müller. Mike is a popular TV and theater actor. We had seen this program exactly two years ago at the "Arosa Humorfestival" in the mountains of Grisons, and when Mike's tour announced to come near our office, we immediately reserved tickets for the entire team.

The show should have taken place in mid-March 2020. You all know what happened then. Exactly. The rescheduled date was December 2020, Lockdown again.

Third time's a charm. Tonight's the night. We're going. And by the looks of it, so are Cookie and Biscuit. 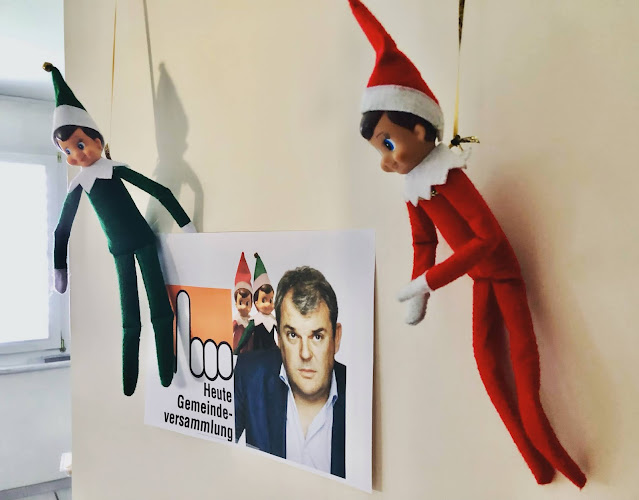 Baby, it's cold outside! We're getting more snow ❄️ on and off. Cookie and Biscuit have put on their warm boots 👢They're pretty big, too.

In German there is a saying "auf grossem Fuss leben" (literally "to live on big foot"), which is loosely translated as "to live like a lord" or "to be wasteful with money" 💰 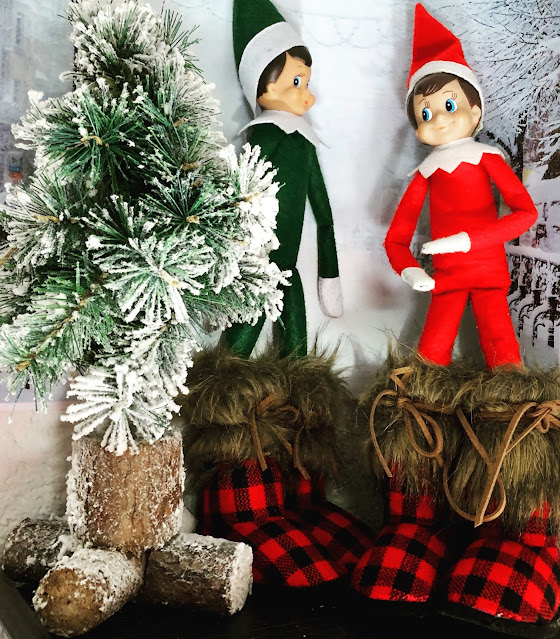 Looks like something needs to be fixed by Cookie and Biscuit. Let's hope they succeed, and we get to find out what it is! 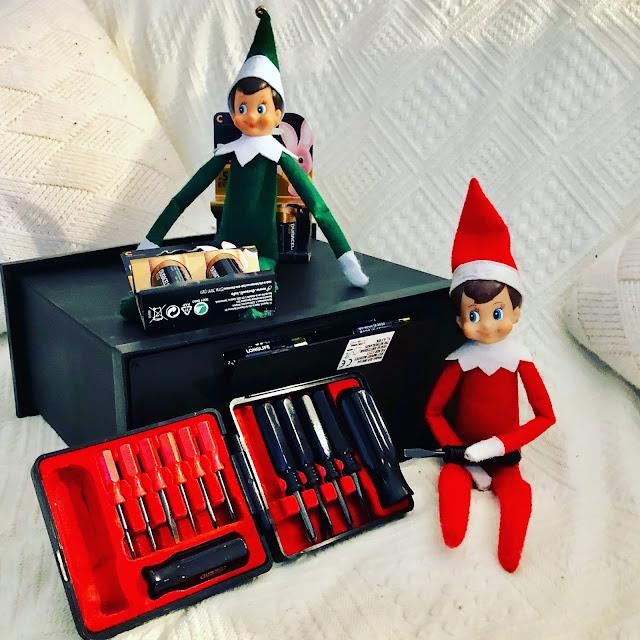 So the big black box turned out to be our fake fireplace. They must have thought it would be nicer to get cozy in front of the chimney than to wear their boots all day long. What's more, they get to roast some marshmallows! 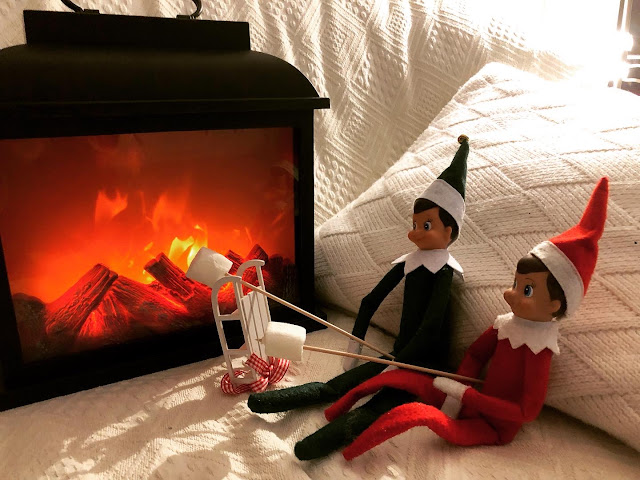 This already concludes the first week of elf adventures. What will Cookie and Biscuit be up to next week? Keep your eyes open for another weekly recap. If you're not the patient kind - I can relate - follow me on Instagram, I post daily.